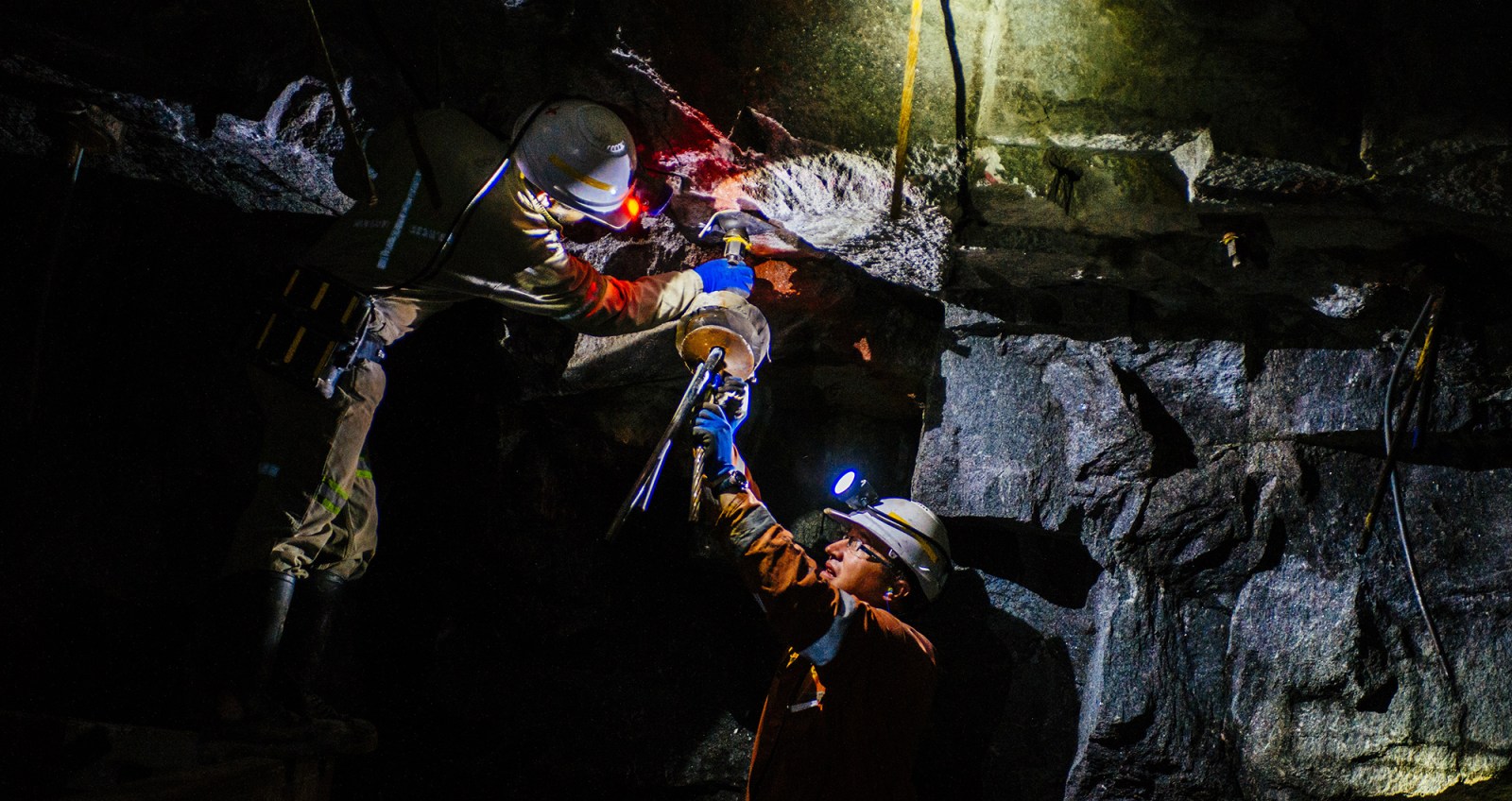 A mine worker inserts steel reinforcement rods into the rock face inside a mine shaft located outside the town of Lydenburg in Mpumalanga, South Africa. (Photo: Waldo Swiegers / Bloomberg via Getty Images)

The Department of Mineral Resources and Energy has finally delivered the June mining production and sales data to Statistics South Africa – more than a month late. The July numbers have also been dispatched a few days behind time.

Better late than never, as they say.

Business Maverick understands from reliable sources that the June and July mining numbers were sent to Statistics South Africa (Stats SA) over the weekend, which will enable the statistical agency to publish both data sets on 14 September.

As we have previously reported, getting the data to Stats SA is a basic but crucial part of the Department of Mineral Resources and Energy’s (DMRE’s) work. The data, published monthly by Stats SA, are – like many other economic indicators – monitored closely by markets and come out at scheduled times. They are also a key input for economists crafting forecasts for GDP performance. Tuesday’s release of Q2 GDP, which is expected to show that growth slowed, will have to use guesswork for mining’s GDP contribution in June. (See our previous stories here and here.)

The DMRE is becoming a microcosm of a failed state. The department also has a backlog of more than 5,300 applications for mining and prospecting rights thanks to the useless Samrad system that it uses for the task, which provides almost no transparency on rights issued and that kind of thing. Alarm bells are ringing over its tender to replace it as it appears that BBEEE and other criteria will exclude the most suitable candidates.

This comes against the backdrop of the unfolding Karpowership fiasco. Then there is the recent announcement of apparent plans to procure an additional 2,500MW of nuclear energy – plans that show a distinct disconnect from economic reality on the part of DMRE Minister Gwede Mantashe and raise concerns about potential graft on a grand Russian scale.

To return to the mining data. The June data would have been compiled from surveys that companies completed and sent to the DMRE, and Stats SA would have expected to receive the raw numbers by the end of July to give it time to crunch them for a scheduled 12 August release.

So the data were sent close to five weeks late, with no public explanation from the DMRE beyond a garbled response last week to Parliament’s committee on mineral resources and energy about servers crashing and the need for money to fix the problem. But there has been no public statement to explain what happened – or provide assurances that it won’t happen again – which is what one would expect from a department committed to transparency and accountability.

Director-General Thabo Mokoena told last week’s committee meeting – according to James Lorimer, the Democratic Alliance’s shadow minister for mineral resources, who attended the online proceedings – that “heads would roll” over the embarrassing screw-up.

Maybe that focused hearts and minds to finally get the job done.

In the meantime, 14 September will see a rare double whammy of mining data for the markets, economists and stakeholders to chew on. Will the August numbers get published as scheduled in October? One would hope so, but don’t bet on it. DM/BM