What do a gangster, a pastor and sushi have in common? The Patriotic Alliance 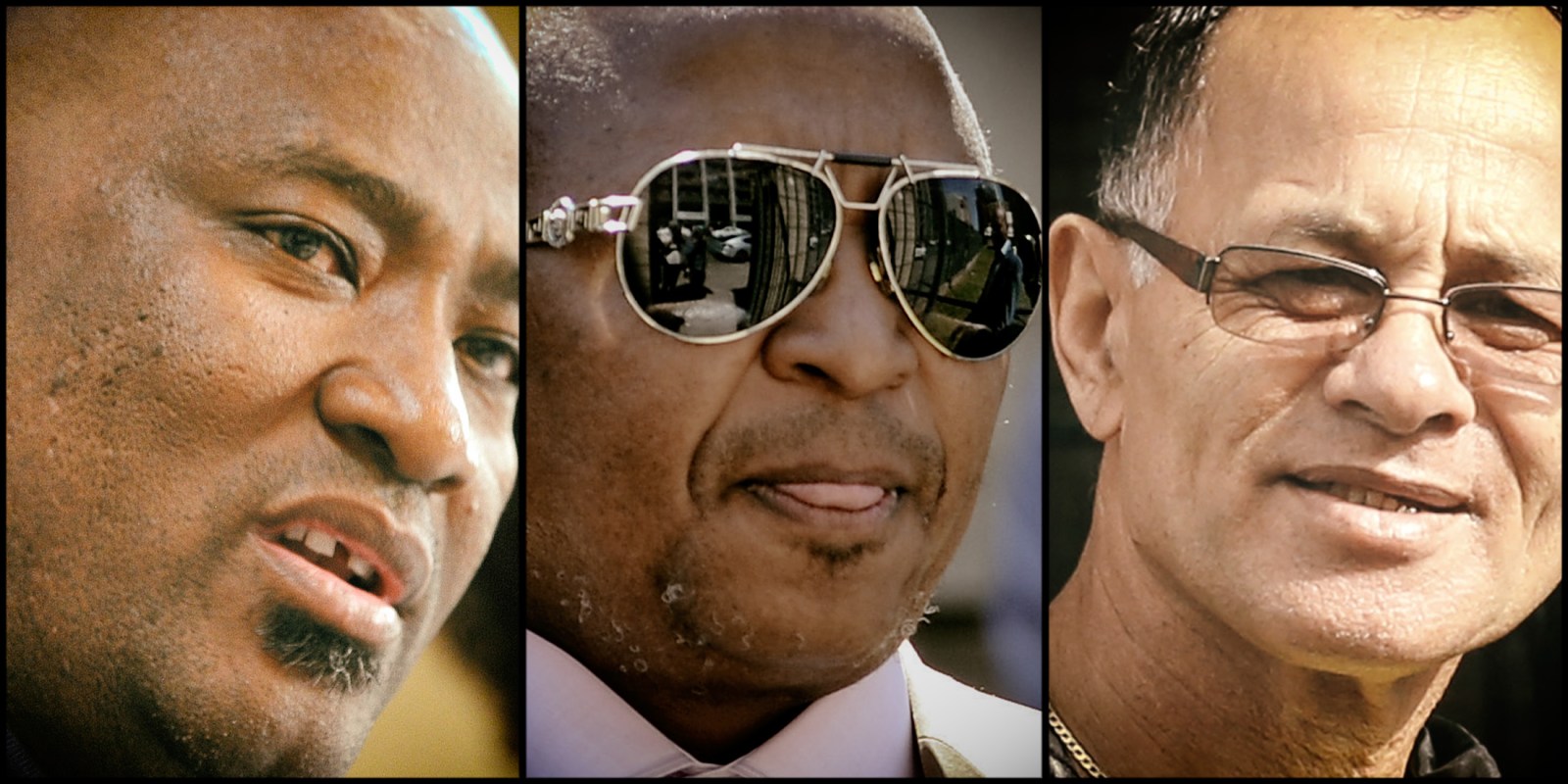 Patriotic Alliance leader Gayton McKenzie this week tweeted with conviction about how ‘illegal foreigners’ in South Africa ‘need to go back’. Here we go back to his party’s origin that has links to, aside from a few actual convictions, an apparent political tug-of-war over a notorious gangster.

A political year, something like a dog year, seems much longer than the usual calendar year, given how much turmoil is crammed into it.

Parts of politics past – finger-pointing, party-hopping, bickering and copious corruption claims – may be easy to forget as incidents blur into constant spin and spin doctoring. With the local government elections looming, political parties are vying for potential votes.

The Patriotic Alliance (PA) has become increasingly vocal and made news headlines when its president, Gayton McKenzie, took to Twitter and spewed out controversial sentiments.

Here we take a trip down memory lane, which involves prison cells, ganglands and promises of change for the better, to recall how the PA came about in the Western Cape, South Africa’s most gang-ravaged province, late in 2013.

McKenzie and his pal Kenny Kunene – known as the “Sushi King” after he hosted a party where sushi was served on the bodies of scantily clad women – together started another sort of party: the PA.

Before the PA, Kunene was a member of the Economic Freedom Fighters (EFF). Both he and McKenzie served jail sentences for crime and subsequently became involved in business.

McKenzie does not shy away from their past. A pinned tweet of his, accompanied by a photograph of himself and Kunene, says: “They can call us criminals, yes we did commit crimes 3 decades ago, we went to jail, we paid for our crimes, we share our riches because we know what it is not to have, we gave 17,000 food parcels during lockdown. Salute.”

In September that year, Hard Livings gang boss Rashied Staggie was released from prison on day parole in the Western Cape.

Staggie had been jailed for a 1998 robbery at a police base in Faure – situated near the winelands hub of Stellenbosch and seaside town of Strand – from which a cache of arms, possibly to have been used on members of the organisation People Against Gangsterism and Drugs (Pagad), was stolen.

This sentence ran concurrently with another handed to him for ordering the rape of a 17-year-old girl who had become a police informant.

Staggie’s past was tied to politics. Some police officers believe he was handled by apartheid-era police and in 1994 the Mail & Guardian reported he was a member of a newly formed party, Die Suid Afrikaan, that was geared towards coloured people.

By 2013, fresh out of jail, Staggie still had ties to the political arena. Here Staggie’s path crossed with that of the PA. And this in turn links to another figure, Ivan Waldeck, a pastor with a history linked to gangs and who in May 2013 was wounded several times in a shooting. Two months earlier his sidekick, gangster-turned-pastor-turned-suspect Albern Martins, was shot dead outside a Cape Town court where he was meant to appear in a perlemoen smuggling case.

A few months after he was wounded, Waldeck was behind a potential political party with a similar name to the PA, the Progressive Alliance.

Waldeck said he was instrumental in setting up the PA, having been involved in its early stages, and that McKenzie and his cohorts had effectively “used” him to gain support. (Waldeck is from the Western Cape while McKenzie and Kunene have more ties to Johannesburg.)

McKenzie told another news publication he had no bad feelings towards Waldeck and the PA was aimed at coloured voters in the Western Cape. He seemed close to Staggie.

“For me, Rashied Staggie is a leader. I’ve been personally responsible for Rashied since he’s been out of jail. I’ve been talking to him… I’ve been learning from him,” McKenzie was quoted as saying.

“They can call us the gangster party, but they’ll see me at the polls.”

At the time, Jeremy Vearey, a Western Cape policeman who ran extensive investigations into gangsters and who was controversially fired in May, was quoted as saying McKenzie and Kunene’s Patriotic Alliance was led by members of the 26s gang, while Waldeck’s Progressive Alliance was led by the 28s gang.

As this saga played out, Staggie was sent back to jail at the end of 2013, about three months after his release from prison, for breaking his day parole conditions.

The PA released a statement bemoaning this.

“It is alleged that Mr Staggie violated a parole condition stipulating that he not associate with known gangsters,” it had said.

“There is no proof of this as it is a patently false assertion. None of his parole conditions have been violated.”

It went further: “The PA made the membership of Mr Staggie known in order to show that the party is serious about its vision of combating crime and gangsterism. The PA has facilitated an anti-gang-war peace process in the Western Cape and it stands by this work.

“Mr Staggie’s membership of the PA is in fact proof of his determination to steer clear of gang life and crime.”

It said Staggie’s imprisonment was intended to undermine the PA as it was pushing for social reform in South Africa.

“The PA cannot allow Mr Staggie, who is no more than an ordinary member, to be used as a political pawn in a game of power that goes far beyond him,” the party said.

But Staggie himself seemed to have acknowledged he was in the wrong.

A Correctional Services statement said: “He deviated from his conditions, met members of gangs and paid unauthorised visits. He admitted the evidence presented by investigators and by his employer and apologised for his conduct.”

The political landscape, along with the Western Cape’s gang landscape, continued to shapeshift. Staggie was again released from jail on day parole in March 2014.

Later that year Kunene’s former political party, the EFF, joined forces with Pagad, which has its roots in the Western Cape, to tackle drug issues. This union was referred to as the United Front Against Gangsterism and Drugs (Ufagad).

Then a report surfaced in April 2015 that the EFF was in support of dagga legislation, at odds with Pagad. Much has happened since then.

A car Kunene was in was reportedly shot at in September 2017 in Johannesburg.

Staggie was shot dead outside his Cape Town home in December 2019. More recently, in December 2020, reports surfaced that Kunene was flung out of a car window during a spinning event.

On the political front, involving spin of a different kind, the PA seems to have shifted its full focus from the Western Cape, but is still after the so-called coloured vote, with McKenzie saying during a television interview that, “Coloured people at first voted for the ANC… and then the ANC totally neglected coloured people… coloured people in this country, they are neglected… We have risen.”

The PA has made inroads, notably in the Johannesburg suburb of Eldorado Park, where police killed 16-year-old Nathaniel Julies in August 2020.

DM168 previously reported that McKenzie apparently told Julies’ family: “I am sorry that your child had to die for the coloured nation to rise.”

Julies’ mother, Bridget Harris, told eNCA that money allocated for the family via a trust fund was not received in full and pointed to McKenzie as having been misleading about this.