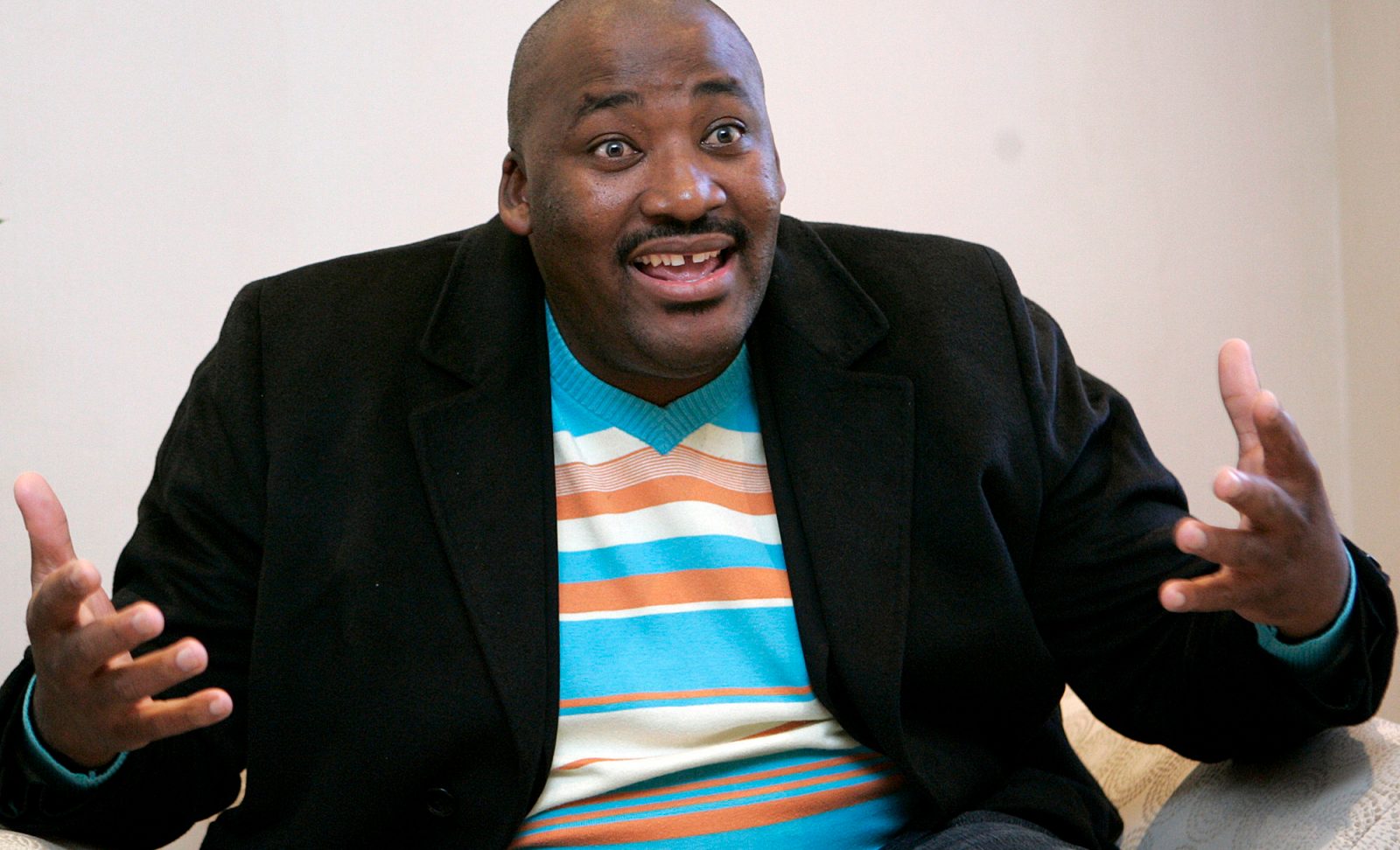 The road to the local government elections is long, says the ‘colourful’ Patriotic Alliance’s Gayton McKenzie. The surging party may win a decisive role in Johannesburg after ousting the DA from Eldorado Park in recent by-elections.

At the time, Rafferty was a DA councillor in Johannesburg’s Ward 17, covering Eldorado Park and Kliptown, and he frequently spoke to the media during the protests that erupted and when three police officers were charged with Julies’s murder. This week, Rafferty was sworn in as a PA councillor in the City after the party won two former DA strongholds in the 19 May by-elections.

With the local government elections only five months away, the PA’s nascent success might make the party a significant player in potential coalition negotiations.

“To see a transition like this, to see a movement like this is really unprecedented,” said elections analyst Wayne Sussman.

“In essence, I would say that the coloured community [was] very comfortable in voting for the Democratic Alliance in the southern part of Johannesburg and Gayton McKenzie comes along, makes a speech at the funeral and in essence says, ‘Look, we know that the ANC’s failed you. We know that the DA doesn’t really represent you. My party will represent you. We’re unambiguous about who we’re going to put first.’”

The PA has now taken four wards from the DA in the south of Johannesburg, starting with Riverlea in November 2020.

“Officially, the DA has been evicted from Eldorado Park,” said Rafferty.

McKenzie and Kenny Kunene launched the PA in the Western Cape in 2013 after Kunene’s brief stint with the EFF. McKenzie served seven years of a 15-year sentence in prison for armed robbery and Kunene served six years for fraud.

McKenzie has released multiple bestselling books, including about his life as a gangster, while Kunene became known for his playboy lifestyle. Both are now businessmen and McKenzie, who apparently has wide-ranging and lucrative corporate interests, is said to personally fund the PA.

“They laughed at us. Nobody’s laughing today,” McKenzie said in an interview with Newzroom Afrika this week.

In the 2016 elections, the PA only won five council seats across the whole country.

The party’s surge has been linked to McKenzie’s speech at Julies’s funeral, where he reportedly told the family: “I am sorry that your child had to die for the coloured nation to rise.”

McKenzie tapped into the community’s feeling of marginalisation from the DA and ANC and long-standing complaints about a lack of development in predominantly coloured areas in Johannesburg where service delivery is poor, unemployment common, and crime and drugs are a persistent problem.

Julies’s mother, Bridget Harris, has since accused McKenzie of using the killing of her son, who had Down syndrome, to boost the PA in the area while failing to pay her all of the funds in the trust established in his honour. McKenzie has denied the accusation and maintained he has personally been financially supporting the family.

The PA has a small, sparsely furnished office in Eldorado Park where supporters lined up this week to speak to party staffers. “We are coloured people. We are marginalised, that’s who we are. The PA is the best in this section,” said PA member Erin Terborg.

Malverine Davis said McKenzie’s criminal record should be seen as a point of inspiration not condemnation. “Everyone has a past. Everyone is born into sin. People should see McKenzie as a true testimony, not a scandal.”

Nearby, Rafferty and Juwairiya Smith, who was also elected as a PA councillor after winning Ward 18, stood in the street trying to help residents who had not had electricity for more than 10 days. This sort of work won them the elections, they said, helping people with their daily concerns and addressing service delivery issues where the City has failed.

But the story of the PA’s rise in the south of Johannesburg is inextricably linked to the DA’s decline. DA leaders in Wards 7, 17 and 18 all defected to the PA ahead of the by-elections. DA Gauteng chairperson Fred Nel said the party’s structures in the areas collapsed after the resignations.

Rafferty was a DA councillor during that time. He said the administration of then mayor Herman Mashaba only paid lip service to suggestions on improving areas such as Eldorado Park while prioritising the DA’s base in the suburbs and the EFF’s agenda to ensure the party would continue to provide support to the DA-led coalition.

Nel claimed: “The PA seems to have almost unlimited resources to ‘buy’ votes in these communities with food parcels and other incentives.

“This is difficult to counter and it is sad that voters would ‘sell’ their votes for a short-term gain but for something that may lead to long-term pain if the PA councillors do not perform on their behalf.”

Rafferty laughed at the comments. He said McKenzie had donated food during the Covid-19 lockdown but had not provided food parcels ahead of the by-elections. He also dismissed claims that McKenzie, who contacted Rafferty the day after he resigned from the DA, promised him R600,000 to join the PA.

“Now is the first time that coloured people have some sense of belonging,” said Smith. “They’re definitely being heard.”

The PA’s primary message is that it will prioritise coloured communities, but McKenzie and his supporters maintain it is also a party for all South Africans. “We are not a coloured party, we are a colourful party,” he likes to say.

“If standing up for ourselves, if rising up and saying this is not right, if that puts us in a situation where we are involved in identity politics, so [be] it.”

The PA has vowed to focus on providing education opportunities, business development, employment and service delivery in coloured areas. McKenzie this week added targeting “illegal” foreigners to the mix, a populist stance that makes even Mashaba look diplomatic, promising to jail undocumented foreigners if he ever gets into power.

“We shall build walls like Donald Trump. We shall put soldiers there.”

Rafferty believes the PA can replicate its by-election success and take up to 30 seats in Johannesburg in the municipal elections. Sussman estimated that the party could win between six and eight seats. No party won an outright majority in the City in 2016 and a surging PA, as well as Mashaba’s ActionSA, could have a decisive influence on coalition negotiations.

The PA won a single seat in Nelson Mandela Bay in 2016 and councillor Marlon Daniels has acted as a kingmaker as the City has seen successive DA and ANC-led coalitions in the five tumultuous years since.

“I don’t care. I [would] go with coalitions with the [Afrikaner Weerstandsbeweging] if they still existed if they do [well] for the people of Eldorado Park,” McKenzie told Newzroom Afrika.

The DA’s Nel said: “Smaller parties like the PA are very likely to hand power back to the ANC as, in our experience, smaller parties demand more than they deserve in coalition negotiations and will sell out to the highest bidder.”

The PA’s election chances in Johannesburg and other municipalities will largely depend on whether the DA can regroup after a string of both high-profile and local-level resignations and questions over its performance in the municipalities it won in 2016.

“It is up to us to prove to voters that we are on their side and that we can successfully drive issues on their behalf. We are also the only party big enough to unseat the ANC and smaller parties often split the vote that could give wards to the ANC.”

Momentum, however, appears to be on the PA’s side as it targets municipalities in Gauteng, the Northern Cape and the Western Cape.

The party’s gains are likely to be marginal but it only aims to win enough seats to influence coalition discussions and take positions of power.

“We haven’t stopped campaigning,” said both Smith and Rafferty on the streets of Eldorado Park.