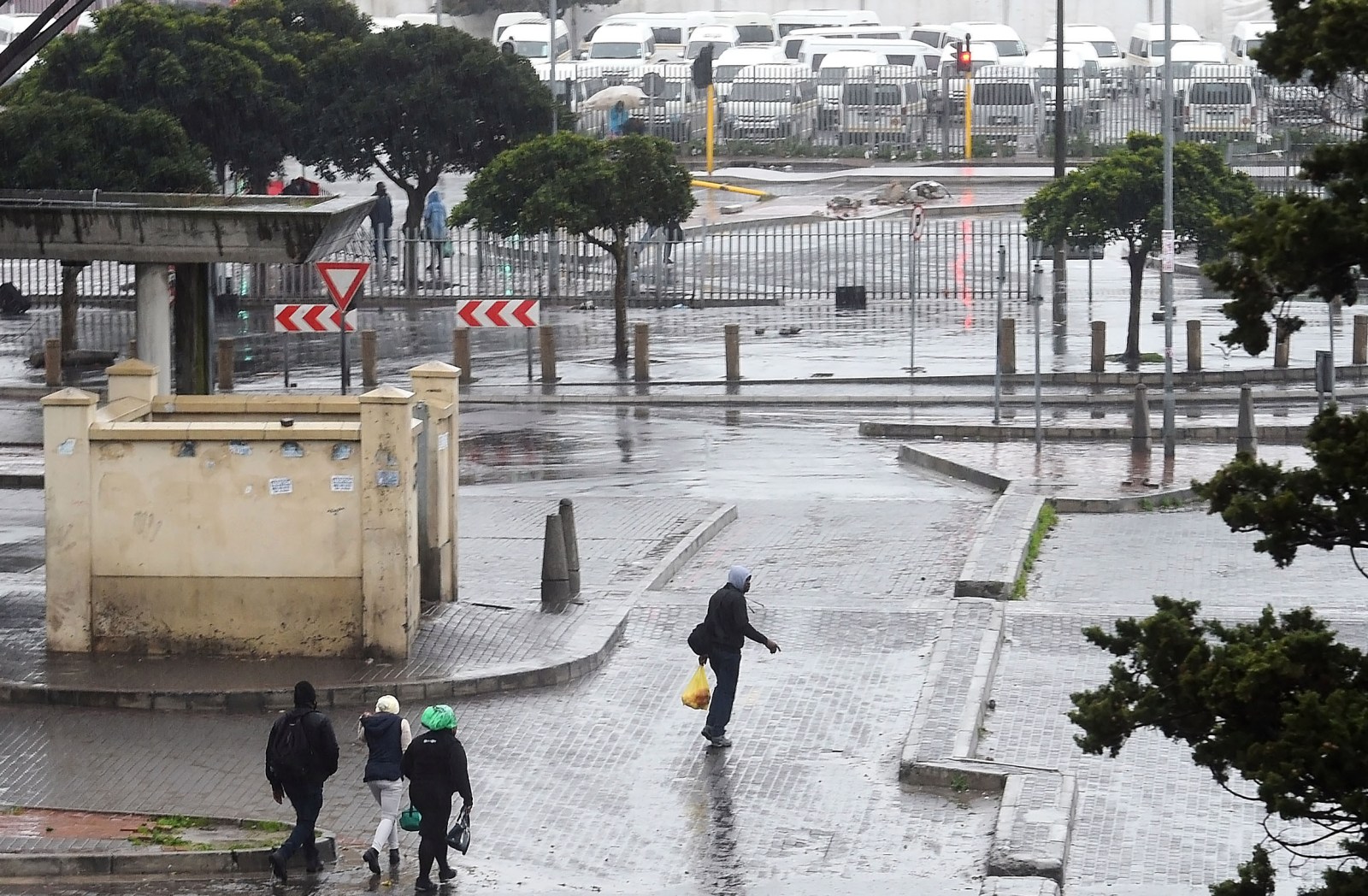 The Bellville taxi rank is deserted after two Codeta drivers were shot and killed, resulting in a revenge shootout in other areas such as Philippi and Nyanga earlier in July. (Photo: Xabiso Mkhabela)

The trade union federation is appealing to employers in Cape Town to be sensitive to the needs of workers affected by the violent conflict between rival taxi groups.

“They’re [employees] not at fault that they can’t come to work,” said Cosatu Western Cape secretary Malvern de Bruyn on Friday, adding that they have received complaints from employees about being unable to get to work due to the unrest.

During a virtual media briefing by the Western Cape structures of the tripartite alliance, De Bruyn told Daily Maverick employees had complained about having received warning notices at work for arriving late, and being forced to use their annual leave during the crisis in the metro.

Public transport commuters have been left stranded due to the conflict between the Cape Amalgamated Taxi Association (Cata) and the Congress of Democratic Taxi Associations (Codeta) over the B97 route from Mbekweni in Paarl to the Bellville Public Transport Interchange. There have been 24 murders and 29 attempted murders in July that are directly related to the conflict.

The crisis has also forced people to seek alternative transport to work and school, hitting them financially in areas such as Mbekweni where they have to fork out up to R44 for a bus compared with R25 for a taxi to Bellville.

“As Cosatu we are really concerned about what’s happening in the Western Cape,” said De Bruyn, who appealed to employers to be “sensitive” to workers during this period and to find common ground with them.

De Bruyn confirmed to Daily Maverick that they have not received any confirmation that workers have been fired or retrenched due to the taxi unrest. However, he urged employees who have received warning letters or have been fired to contact their union representatives, and non-union workers to contact Cosatu. The union federation would assist the Commission for Conciliation, Mediation and Arbitration processes if workers had been fired –  “that’s a given”.

Cosatu had also been in touch with the Cape Chamber of Commerce and Industry during the unrest.

During the briefing, ANC interim provincial convenor Lerumo Kalako said: “Importantly, the engagements with the taxi industry are at an advanced stage and we are optimistic of a solution in earnest.”

The ANC said last week it would use its traditional alliance structures, the tripartite alliance and other community-based structures to find a solution. “Thus far the alliance has extensively engaged all stakeholders, including the police, to protect lives, commerce to safeguard livelihoods in terms of jobs and income, and Cata and Codeta to agree on a ceasefire and denounce criminality as preconditions for finding a lasting solution,” said Kalako, reading from a statement issued by the ANC, Cosatu, the South African Communist Party and the South African National Civic Organisation.

“It is for this reason that the alliance can report without fear of contradiction that the associations committed to the principle of a ceasefire as the basis to negotiate on conditions of peace and stability,” he said.

The alliance also noted the closure of the B97 route for two months by transport MEC Daylin Mitchell and the deployment of the army to hotspots.

“The alliance remains steadfast in our resolve to ensure that the taxi industry thrives under conditions of peace while we continue to mount our decades-long campaign for a safe, affordable, integrated, reliable and efficient public transport system,” added Kalako. DM