Schools off to a difficult start in the wake of vandalism, Covid-19 and taxi violence 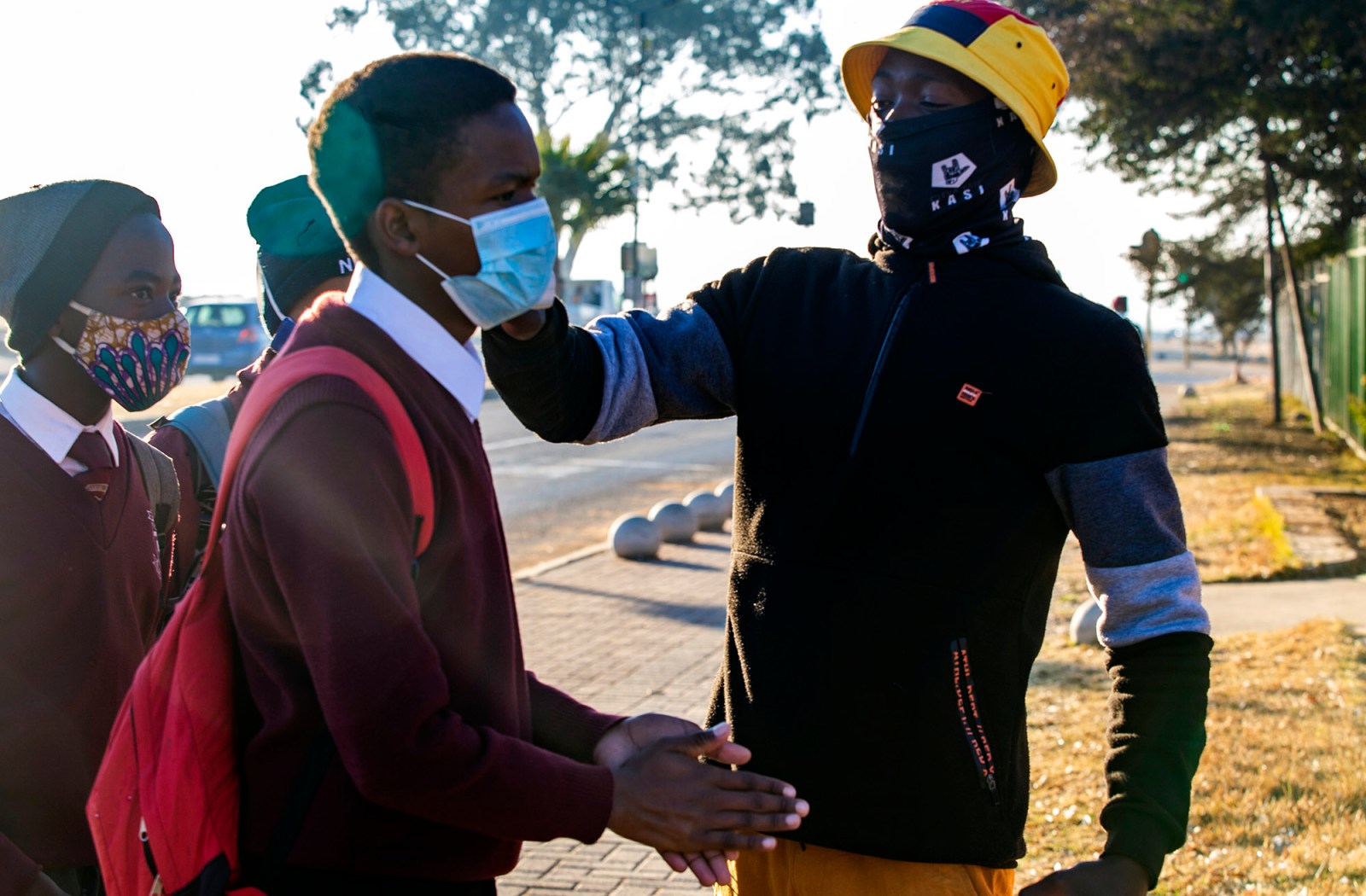 Nimrod Ndebele Secondary School on July 26, 2021 in Ekurhuleni, South Africa. It is reported that the Department of Basic Education (DBE) announced that schools are ready to reopen, and that school management teams and support staff had already gone back to work from July 22, to prepare for the return of learners and teachers. (Photo by Gallo Images/OJ Koloti)

In some parts of South Africa school attendance rates were low as learners returned to classes this week despite ongoing taxi violence and the destruction of schools in the recent unrest.

The recent unrest in Gauteng and KwaZulu-Natal resulted in the destruction and looting of approximately 180 schools. And as learners returned to classes for the third term, ongoing violence in some communities hindered learners from attending school.

In KZN, where 139 schools were vandalised, learners were able to attend classes on Monday, although in Phoenix, where at least 20 people died in the unrest, attendance at schools was poor.

The majority of schools damaged in KZN were in and around Durban. A presentation by the Deputy Director-General of the Department of Basic Education, Simone Geyer, on Saturday showed 31 schools were damaged in Pinetown, 27 in the Ugu District on the South Coast and 25 in Umlazi.

The estimated cost of the vandalism is more than R300-million, said Mahlambi.

Eighteen mobile classrooms were distributed to three schools which were badly affected.

The spokesperson for Equal Education, Jay-Dee Cyster, said it was uncertain whether all primary school learners in KZN would be able to return to school full-time while observing Covid-19 protocols, given the vandalism of schools. Primary schools are scheduled to resume daily classes on 2 August after following a rotational timetable.

“As National School Nutrition Programme [NSNP] kitchens were also vandalised, the department stated that damaged or stolen equipment would be replaced; however, there don’t seem to be clear deadlines for this,” Cyster said.

Basic Education Minister Angie Motshekga confirmed during her briefing on Saturday that learners could collect meals at their nearest schools, but “this would be particularly difficult in hard-hit areas like Phoenix”.

Money used to repair damaged infrastructure and replace stolen goods “could be used to eradicate asbestos schools to protect the health of vulnerable children, and also fix deteriorating infrastructure across the province to ensure a conducive learning and teaching environment”, said Ramulifho.

Although the Western Cape escaped the unrest, the province has been grappling with taxi violence between taxi associations Cata and Codeta which has disrupted transport services, particularly in the Cape Metro and Cape Town’s City Bowl, resulting in lower school attendance rates.

“These ‘commuter schools’ generally have a high enrolment of learners from areas on the outskirts of the city centre, with learners travelling on public transport. Some schools are reporting attendance rates in some grades as low as 50%,” said Western Cape Education spokesperson Bronagh Hammond.

“One taxi association that commutes learners privately is also not operating due to the threats of violence, which has contributed to low learner attendance.”

No incidents of violence towards learners have been reported.

Hammond encouraged parents to use alternative transport where possible in the areas affected. “There are minibuses, not affiliated with Cata and Codeta, that are still operating and additional trains and buses have been scheduled for areas affected.”

Hammond said learners on the NSNP can collect meals at schools, regardless of whether their grade is attending school that day or not. Arrangements can be made at alternative schools close to home for learners who fail to get transport to their school and are on the feeding scheme. DM