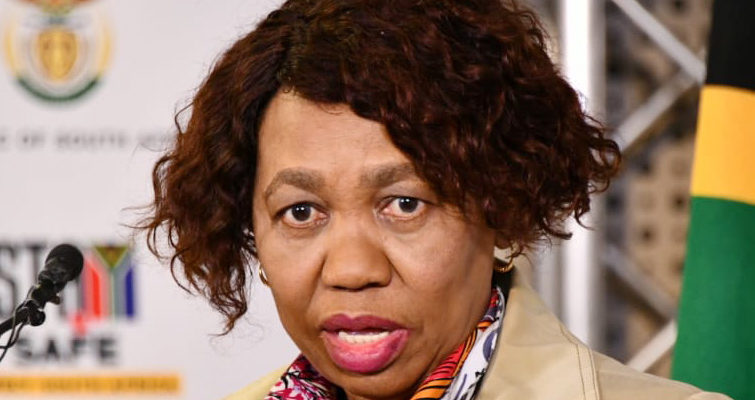 President Cyril Ramaphosa confirmed on Sunday evening that schools would reopen on Monday, 26 July. Primary school learners are set to return to daily classes from 2 August, but the loss of valuable teaching time since 2020 has had a devastating effect on the sector.

After school holidays were hastily brought forward amid the third wave of Covid-19 and lockdown Level 4, the Department of Basic Education (DBE) announced on Saturday it was going ahead with plans to reopen schools on Monday, 26 July.

Minister Angie Motshekga said school management teams and support staff had already gone back to work on Thursday, 22 July, to prepare for the return of learners and teachers.

The announcement was made contingent on President Cyril Ramaphosa’s address on Sunday evening, during which he confirmed that schools would indeed resume on Monday when South Africa shifts to Adjusted Alert Level 3.

Grades R to 7 will resume daily school attendance from 2 August as per directions gazetted by the department on 15 July.

“Based on the information obtained from provinces, schools are ready to continue to work within the established Covid-19 health protocols,” said Motshekga.

Extended school closures have taken their toll on the basic education system. As Daily Maverick reported last week, two decades of learning gains have been compromised by the pandemic: apart from the learning time lost, only 22% of Grade 4 learners are able to read proficiently, based on assessments.

In a statement issued on Saturday, Equal Education (EE) Law Centre pointed to statistics from Wave 5 of the Nids-Cram study regarding the school dropout rate. “The study estimates that there are 500,000 more learners who are out of school since the beginning of the pandemic.”

Schools are also places where learners “socialise, can get support such as counselling and get a daily meal – benefits that many learners have missed for big parts of 2020 and 2021”, EE wrote.

On Tuesday, the Johannesburg High Court ordered the national and provincial basic education departments to develop new plans to feed the more than nine million learners who depend on the National School Nutrition Programme, even when schools are closed because of Covid-19 or learners are at home because of rotating timetables.

Motshekga said Covid-19’s effect on the sector was “extremely devastating”. Approximately two-thirds of teaching time was lost in 2020.

Echoing concerns that have been raised by teachers’ unions Sadtu and Naptosa, the minister said the differentiated timetable (also referred to as rotational learning) had been “disruptive”, especially for younger learners who cannot supervise themselves if parents cannot assist with schoolwork on days when they are at home.

“If things go wrong there, it is very hard for them to recover in later grades.”

The key is ensuring that all learners return to the classroom.

“We feel if nothing happens drastically we are going to face a very catastrophic future with a generation that will have lost two years of schooling.”

Once primary school learners are “settled”, Motshekga said, the department would start interacting with provinces to ensure high schools return to a daily schedule.

She warned, however, that high schools which tend to have large classroom sizes (as many as 40 learners in some cases) could cause a superspreader event if learners return to the normal timetable too soon.

She said this year’s matric students had lost a great deal of teaching time during their Grade 11 year in 2020.

“Unlike the Grade 12s of 2020, who had a full school year in 2019. We got them to open earlier and we got them to work straight on, which means they had a 60% recovery opportunity.”

To fill the gap, the department had invested in delivering the syllabus to learners via alternative modalities such as television and radio, but, Motshekga said, research had indicated that these are not effective.

Midyear exams for matrics were cancelled this year to allow pupils enough time to complete the syllabus.

The general secretary of the South African Democratic Teachers’ Union, Mugwena Maluleke, said during an interview on eNCA that the union was concerned about theft and vandalism of schools in the wake of the recent unrest.

“Tanks that have been fitted last year have been stolen; the food that the learners are meant to have has been stolen,” said Maluleke.

According to the Deputy Director-General of the Department of Basic Education, Simone Geyer, 126 schools were damaged and looted in KwaZulu-Natal alone.

Damages and losses were experienced in several areas, including Umlazi, Pinetown, uMgungundlovu, Harry Gwala and Zululand.

Classrooms and administration buildings were burnt, fencing and school furniture was damaged, doors and windows were broken, and electronic equipment and water tanks were stolen.

The province is procuring 18 mobile classrooms to supplement burnt classrooms and 20 stoves to prepare food for learners.

In Gauteng, more than 43 schools have been vandalised since the year began.

In the Western Cape where ongoing taxi violence disrupted public transport and left 24 dead this month, Western Cape Education Minister Debbie Schäfer has appealed to taxi factions to stop the violence ahead of the reopening of schools.

Of the 582,000 persons in the sector the department had aimed to vaccinate, 517,000 have received vaccines.

“Reports on the reasons for outstanding numbers, include distance to vaccination sites, vaccination hesitancy, preference of one type of vaccine to another, recent positive Covid-19 results, as well as medical and religious reasons.”

The minister said that the proposed school calendar for 2022 had been gazetted for public comment and published on all DBE platforms.

The proposed calendar has coastal schools reopening from 19 January until 25 March 2022 for the first term, while inland schools will reopen from 12 January to 17 March.