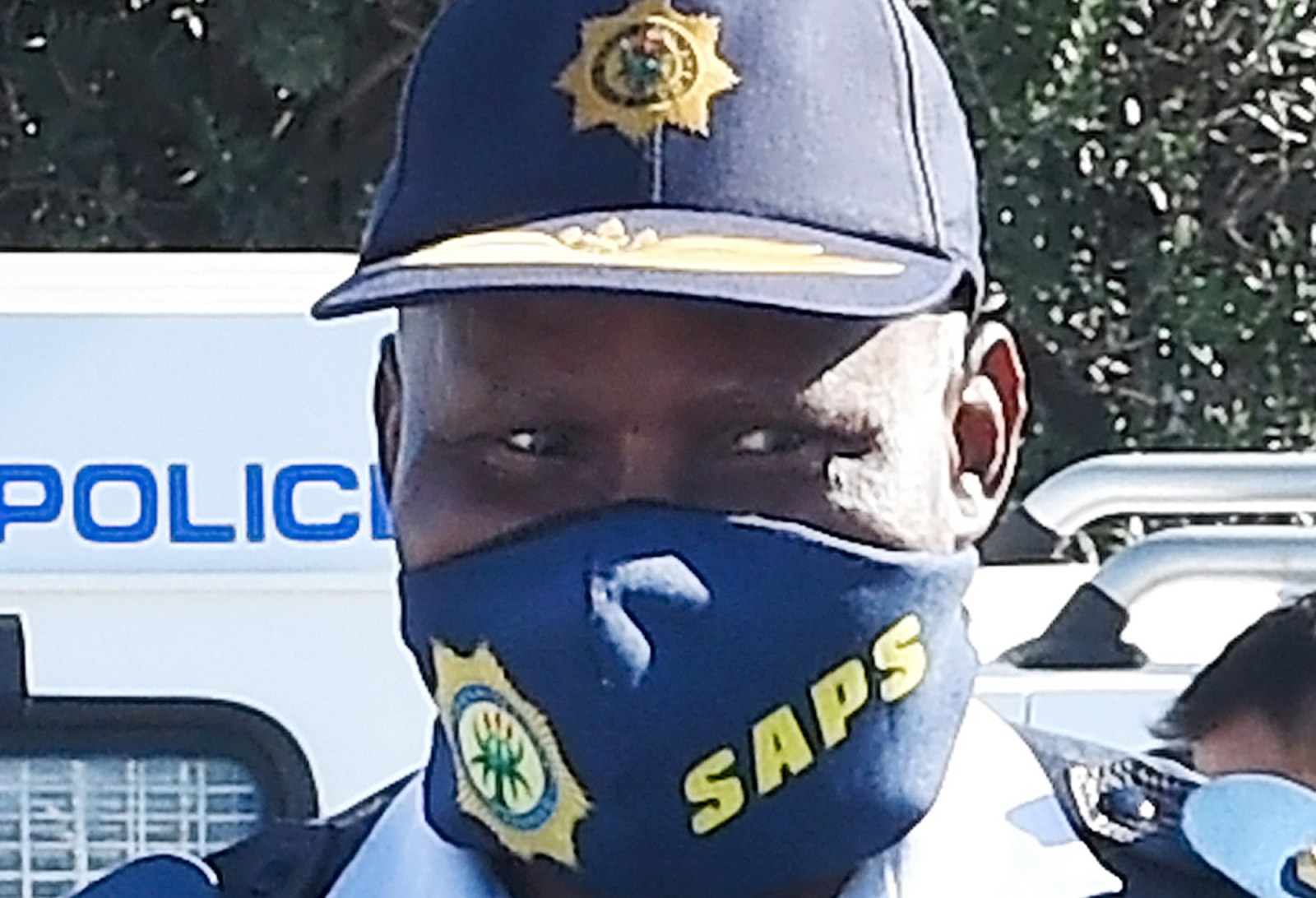 The top-cop seat has courted controversy for years, with words including ‘corrupt’ and ‘cutthroat’ bandied about. Now a new, permanent provincial commissioner has been appointed, against a backdrop of intense cop infighting.

This came roughly a month after National Police Commissioner Khehla Sitole signed off on the dismissal of Jeremy Vearey, a major-general who had led Western Cape detectives and was previously in the running to head the province’s police.

Vearey’s controversial dismissal in May, over Facebook posts, caused an outcry among some who believed he was intentionally kicked out of the service due to deep-rooted cop corruption he claimed to know about.

The Vearey situation extends to Patekile, who recently, while still acting as provincial commissioner before his permanent appointment, signed off on a letter informing Vearey that a security detail assigned to him would be withdrawn.

Vearey, who may soon testify in a high-profile organised crime case, had told Daily Maverick this would further endanger his life and equated to cops siding with criminals.

Some of his supporters felt his dismissal, which he is challenging, removed all obstacles in Sitole’s path to appointing a new Western Cape commissioner.

The appointment process has become muddy before, with Community Safety MEC Albert Fritz, of the DA, calling on the Public Protector in 2019 to investigate alleged interference in it.

Fritz felt the process had been “compromised by the ANC”. Vearey, who has  deep history with the ANC, was among those who applied to become top provincial cop in 2019 — but said something strange had happened with the documents he submitted.

This time, in the run-up to the appointment (following Vearey’s dismissal), Fritz’s office was silent and on 1 July, through a media release, he seemed to break the news of Patekile’s promotion, welcoming it.

During a press conference on Friday to officially welcome the new commissioner — attended by Fritz, Western Cape Premier Alan Winde and deputy national commissioner of crime detection, Lieutenant-General Sindile Mfazi — the provincial government made it clear it backed Patekile.

Other police officers, including Vearey, would probably disagree.

Claims of corruption have been at the heart of intense friction within the Western Cape’s cop service.

Patekile, who is no stranger to the province, now has his work cut out for him.

Not only does he lead the police in South Africa’s gang epicentre, but also a province that has seen claims of cop complicity in crimes exchanged between various police officers and emanating from suspects.

The situation in the Western Cape bleeds into the national police situation — also an arena of cop-complicity claims.

To understand just how fraught the Western Cape’s police service is, it is necessary to rewind about a decade (although tensions go back much further and stretch to, at least, 1994 and freshly democratic South Africa).

It is also necessary to know who some of the pivotal police officers in the province have been:

Over the years, as the Western Cape police commissioner’s seat has become vacant, focus has shifted to these officers and questions hovered about whether they would make the cut and lead the province’s cops.

But before we get to what happened to them, let’s go back about a decade.

In November 2010 it was announced that Lieutenant-General Arno Lamoer was the Western Cape’s new commissioner.

This did not go well.

To cut a long and convoluted story short, Lamoer ended up being accused of several crimes along with some other Western Cape cops.

In February 2018 he pleaded guilty to a corruption charge and was jailed.

In 2015, while the Lamoer saga was unravelling, Patekile was appointed acting Western Cape commissioner — this experience should now give him good footing — and in February 2016, Khombinkosi Jula was appointed to the position in a permanent capacity.

A few months later, Vearey and Jacobs, who were heading a massive gun-smuggling investigation involving claims of cops channelling guns to gangsters in the Western Cape, were suddenly transferred within the province.

They later countered that this weakened the gun-smuggling investigation.

Under Jula’s watch, suspected underworld happenings also took centre stage, with high-profile suspects including Nafiz Modack being arrested and accused of an array of crimes.

Modack, in turn, claimed certain cops (Vearey and Kinnear) were colluding with his alleged rivals.

In December 2018, ugly suspicions among cops again came into focus, with Kinnear writing a letter of complaint to his bosses in which he claimed that certain Western Cape cops with links to Crime Intelligence were working against himself and colleagues including Vearey, Jacobs and Lincoln.

Violence in the province subsequently surged so much that in July 2019 President Cyril Ramaphosa approved the deployment of the South African National Defence Force to try to quell it.

In any event, Jula vacated the Western Cape top-cop seat on 1 August 2019 to head the police in KwaZulu-Natal.

Part of his farewell letter to colleagues hinted at the extreme conflict among cops.

It said: “I’m grateful for all the lessons I’ve learned in Western Cape and for surviving all the cutthroat wars which were waged against me. I forgive the handful of individuals who were behind it.

“I had assurances they had ambitions to take over the office, not me personally, and I wish them luck in their endeavours. If I have ruffled any feathers during my stay in the Province, it was not personal, but borne out of pressure to take the Western Cape Province to unprecedented heights and towards performance excellence.”

With Jula off to KwaZulu-Natal, the Western Cape’s top police job was up for grabs.

Among those who applied was Vearey.

But as Daily Maverick reported at the time, in September 2019 he was told he had not been shortlisted because he had not attached his qualifications to his application.

However, Vearey believed the shortlisting process had been manipulated as he said he had included these.

This all led to the post being readvertised and is what caused Fritz to publicly complain about the application process and ANC interference.

Another contender for the top job at the time was Major-General JP Scheepers (keep this name in mind, it crops up again later).

Roughly a year later — towards the end of 2020 — there were major ructions among some of the country’s most senior cops.

This resulted in a ripple effect of cop placement shuffling. Think of it as cop musical chairs.

Jacobs countered that he had uncovered that Crime Intelligence colleagues had abused this account, so some viewed his suspension as a quick way to prevent him from following up on that.

In February 2021, after some manoeuvring, Mokgabudi was shifted from Western Cape cop boss to act as national Crime Intelligence head because Jacobs had been suspended.

This in turn left the Western Cape commissioner seat vacant and Patekile, much like the case in 2015, was appointed to fill it in an acting capacity.

In March 2021, Jacobs’s suspension was lifted — and he was moved from the position of national Crime Intelligence boss to head the police’s Inspectorate.

Some within the service viewed this as a demotion.

More friction among the country’s top cops emerged when both Jacobs and Lincoln subsequently became the focus of disciplinary action — they faced allegations relating to the security situation surrounding Kinnear before his murder.

Both cops were successful, through the Labour Court, in halting the disciplinary proceedings against them.

But then in May, the situation quickly soured: at the end of the month Sitole signed off on Vearey’s dismissal in the saga involving some of his Facebook posts which some cops saw as disrespectful to, among others, Sitole himself.

This indirectly ties into the position of Western Cape top cop.

The man Sitole appointed to investigate Vearey’s Facebook posts was Major-General JP Scheepers, the officer who was previously up against, among others, Vearey, as a contender to become the province’s police commissioner in 2019.

Patekile, during Friday’s press conference, seemed confident, despite the tough task he faced.

“I’m not taking this lightly,” he said.

There was a focus on eight priority police stations that contributed to a quarter of the province’s contact crimes, including murder, and attention was being given to building leadership capacity from the ground up so succession plans could be crafted.

Patekile was focused on ensuring “a collaborative approach to crime and safety in the province”.

This is especially applicable to police officers — collaboration among them is critical, but there are overt divisions in the cop service that should not be overlooked. DM