Age of the Assassin: The ghosts of Cape Town past still haunting cops 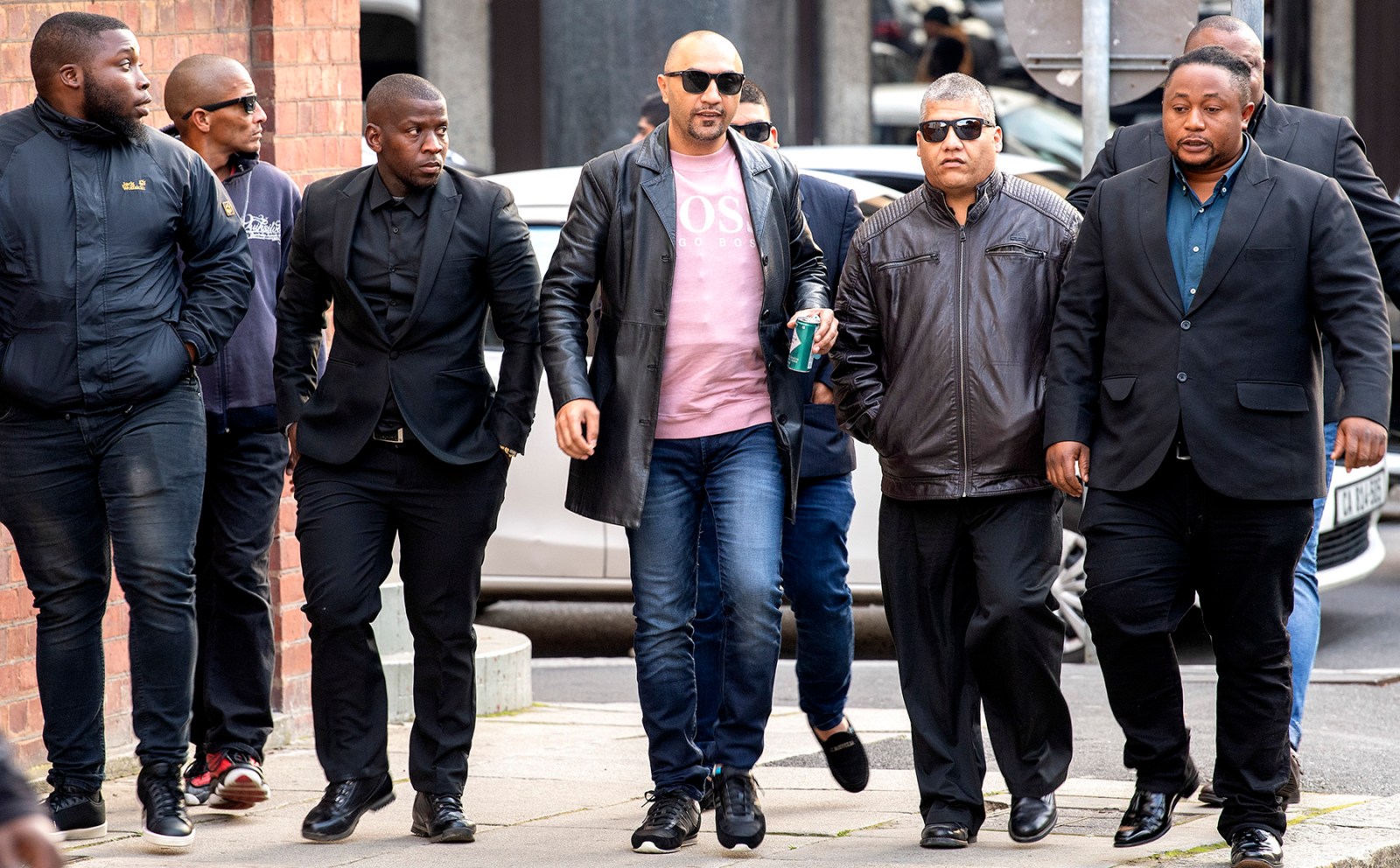 Nafiz Modack is flanked by his bodyguards outside the Cape Town Magistate’s Court where he and his mother appeared on charges of corruption on July 16, 2019 in Cape Town, South Africa. (Photo by Gallo Images/Netwerk24/Jaco Marais)

History seems to be repeating itself, with the events leading up to the death of Lieutenant-Colonel Charl Kinnear earlier this year eerily similar to the murder of police Captain Bennie Lategan in January 1999.

Police captain Bennie Lategan was driving along the R300 freeway in Cape Town on a Thursday 21 years ago when his car was suddenly sprayed with bullets, some of which pierced him.

The ambush was successful. Lategan was assassinated.

Among the several high-profile cases he had been investigating was a bomb blast at the V&A Waterfront and incidents involving People Against Gangsterism And Drugs (Pagad), the movement suspected of orchestrating a string of violent incidents that relentlessly rocked the city in the mid- to late-1990s.

In a startling claim a year later, it was reported that Pagad leader Abdus Salaam Ebrahim had alleged in court that National Intelligence Agency (NIA) operative Dirk Coetzee and security company boss Cyril Beeka had orchestrated a bombing at the Waterfront and that NIA operatives were behind Lategan’s January 1999 assassination.

Beeka, a rumoured apartheid-state operative, ran a security outfit in Cape Town’s city centre in the 1990s, which some police officers pointed to as an extortion racket and which one said was a front for the apartheid police’s Security Branch.

Although Ebrahim’s claims were dismissed and neither Coetzee nor Beeka were arrested for Lategan’s murder, this incident and the subsequent suspicions surrounding it are strikingly similar to what unfolded in Cape Town on 18 September this year.

Lieutenant-Colonel Charl Kinnear was fatally shot in a hit outside his home in Bishop Lavis that afternoon.

Like Lategan had been 21 years earlier, Kinnear was investigating some of the most vicious and high-profile crimes carried out in Cape Town.

It is an intentionally duplicitous arena where good deeds are often reflected as bad and vice versa.

One of many cases Kinnear investigated had centred on Nafiz Modack, a businessman with links to the private security industry, who was arrested in late 2017 for alleged extortion.

In that case, which ended with Modack’s acquittal in February this year, Kinnear had testified: “Cyril Beeka, at the time, did exactly what Nafiz Modack is doing now.” Indeed, Modack had known Beeka.

Kinnear was a member of the Anti-Gang Unit. The unit is headed by Major-General Andre Lincoln, who has a remarkable history within the police.

In June 1996, President Nelson Mandela appointed Lincoln to head an elite investigative team tasked with probing allegations that state officials were on the payroll of suspected Cosa Nostra mafioso Vito Palazzolo, who was then based in Cape Town.

Others under investigation were Beeka, whose security officers were suspected of working for Cosa Nostra, as well as his rumoured ally, Hard Livings gang boss Rashied Staggie, who in a 1993 documentary claimed that police were supplying the gang with firearms.

“All of [those I investigated] were connected to the criminal underworld, to the nightlife in Cape Town, and to police in Cape Town,” Lincoln had stated in court papers.

Things did not go smoothly

In 2002, Lincoln was convicted of 17 criminal charges because some colleagues had claimed he was working with, not against, Palazzolo. Lincoln believed apartheid-era cops had framed him to stymie his investigations.

He fought the convictions and eventually, after being acquitted, was reabsorbed into the police in 2010.

Their transfers meant they were yanked off South Africa’s biggest gun smuggling investigation they were heading, Project Impi, which had revealed police officers were smuggling firearms to gangsters in Cape Town and delved into matters predating democracy. Project Impi also focused on how firearms were possibly being smuggled out of South Africa, so it had an international element to it.

All this loops back to Kinnear

In December 2018, Kinnear sent a long letter of complaint to his bosses, claiming a group of officers with links to crime intelligence were using state resources to work against him and colleagues including Lincoln, Vearey and Jacobs (who labelled the group identified by Kinnear a rogue unit).

Kinnear had also claimed that some of these officers was aligned to Modack and that since investigating Modack, his calls were listened in on.

Countering this was that Modack had previously claimed Kinnear and Vearey were working with controversial figures Mark Lifman and Jerome “Donkie” Booysen, who had been identified in court as Modack’s rivals in the lucrative security industry.

Modack later also said some police were maliciously targeting him (ironically, this was what Lincoln claimed had happened to him in the 1990s).

This created the impression there were two rival underworld factions, each with support from cops, so there were also rival police factions and that these intertwined battles were playing out in Cape Town.

In December 2019, a protection detail assigned to Kinnear was inexplicably removed, despite the belief he was on a hit list.

Roughly six months later, in June 2020, Modack was again arrested, along with police officers, in a case involving cops in Gauteng allegedly fraudulently creating firearm licences. This seemed to be a splinter of Project Impi.

Lincoln and Kinnear were instrumental in the arrests. For Lincoln, investigating allegations of cop complicity in crimes was history repeating itself – it was what he did in 1996 in the massive probe that flipped over and saw him convicted instead.

Kinnear was reportedly on the brink of arresting more Gauteng officers when he was assassinated.

South Africa’s police service under apartheid comprised officers who acted with impunity, stoked by politicians. Based on claims made by, and against, police officers over a quarter of a century, not much has changed since then.

In the case of Captain Bennie Lategan, two men were acquitted of his killing in 2003 so his murderers may still be free.

Hopefully the same will not be applicable to Lieutenant-Colonel Charl Kinnear and his assassination will become the force that finally rips through Cape Town’s thick veneer of violence to reveal its probable support structure: corrupt police and rogue intelligence agents, their allies and the politicians who have cajoled them. DM168

Caryn Dolley is the author of The Enforcers: Inside Cape Town’s Deadly Nightclub Battles (Jonathan Ball Publishers 2019), which delves into how closely connected the criminal underworld, a vast network of information and disinformation, is to police and intelligence services. The book is based on years of her work as a journalist.