Cape Town Mafia: Court hears about murder and mayhem on...

Cape Town Mafia: Court hears about murder and mayhem on the city streets 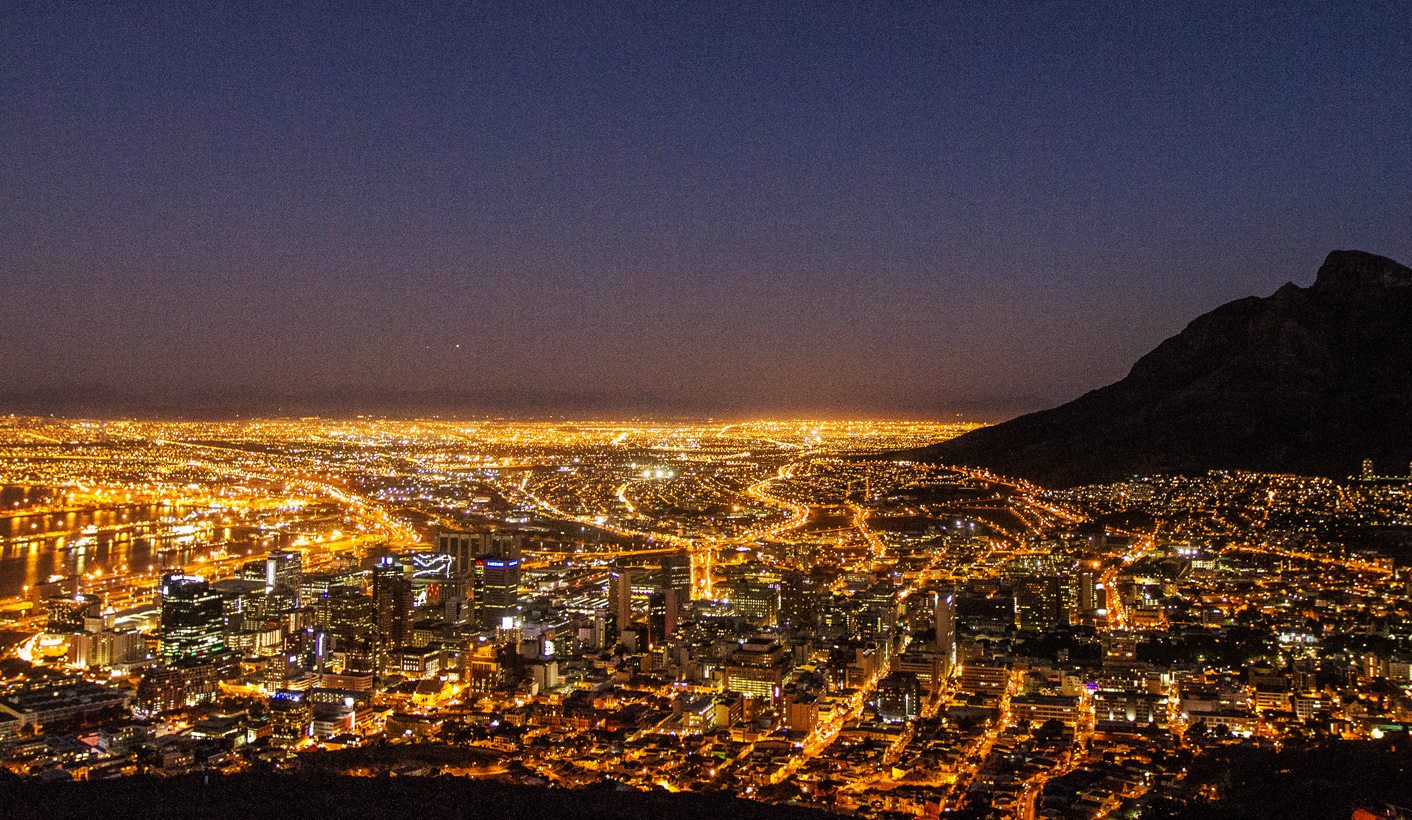 Five alleged underworld kingpins in the Cape Town protection Mafia have been slapped with seven additional charges of intimidation and extortion. Two of the men were told on Tuesday that they are also being investigated in connection with the death in October 2017 of two patrons at the Cubana nightclub in Stellenbosch. The court heard how members of the “Mafia” behaved as if they owned the streets of Sea Point, blocking roads with a convoy of expensive vehicles and demanding tables at restaurants. Oh, and accused No 1 Nafiz Modack proudly wore, to court, a jacket emblazoned with an ANC logo. By MARIANNE THAMM.

It was a day of body and bag searches as well as suitably dramatic testimony in the ongoing Cape Town Magistrate’s court bail hearing of five alleged city protection racket kingpins. When it eventually goes to trial, the case promises to be the biggest in years and threatens to expose a nasty batch of corrupt lawyers, police and politicians.

The hearing of Nafiz Modack, Colin Booysen, Ashley Fields, Jacques Cronje and Carl Lakay kicked off rather dramatically when Senior DPP Advocate, Esna Erasmus, who has been brought in to lead the state’s case, announced that the men would be facing seven further charges of extortion added to the one they already faced, as well as one further charge of intimidation.

The men have been in custody since 15 December when they were arrested as part of the Operation Combat anti-gang unit investigation in the city which has been plagued by endemic violence in the night-time entertainment economy for years now.

Two other men, Matthys Visser (Modack’s bodyguard) and James de Jager, who were arrested along with the alleged kingpins, were granted bail on 27 December.

Accused No 1, Modack (who it turns out is a homegrown operator and not an Eastern European), still wearing his Gucci loafers, opted on Tuesday for a crisp navy bomber jacket with the distinct black, green and gold ANC logo positioned just above his heart.

Earlier, Magistrate Joe Magele allowed press photographers and TV cameras into the courtroom and while legal representatives for Modack, Booysen, Cronje and Erasmus, had no objections, Fields’ lawyer, Ben Mathewson, objected, threatening to walk out if he or his client were photographed.

The man is not being overly paranoid. One of his colleagues, Noorudien Hassan, who represented underworld figures in the region, was gunned down outside his Lansdowne home in 2016.

It’s a lucrative, but risky business.

On Tuesday, Colonel Charl Kinnear, the investigating officer in the case, said that police were also investigating Modack and Cronje in relation to the murder of Nicole Muller, a mother of two, who was fatally wounded when two men stormed the Cubana nightclub in Stellenbosch in October 2017 and began firing wildly into a crowd of revellers. Muller had been out celebrating a friend’s birthday.

The second Cubana casualty, Donovan Jacobs, was out on parole after serving eight years of a 17-year jail term for kidnapping, murder and the illegal possession of firearms and ammunition.

Advocate Erasmus informed the accused that the charges had been bumped up from Schedule One offences under the Criminal Procedures Act to Schedule Five offences because amounts greater than R100,000 were involved. The escalation of the charges up the schedule ladder requires the defence teams to prove that the interests of justice would be served by the release of their clients.

Colonel Kinnear said the men should not be allowed out on bail as they would intimidate witnesses and were also a flight risk. He said even if Modack were asked to hand in his passport he was extremely resourceful and would find ways of procuring travel documents. Kinnear informed the court that other witnesses were prepared to come forward but would only do so if the men remained behind bars.

He sketched how Modack and his cohorts and their bodyguards behaved as if they owned the streets of Cape Town, driving up to the hugely popular Grand Africa Cafe & Beach in Granger Bay – “the coolest summer hangout in Cape Town” – in a fleet of 13 cars and informing Radley Dijkers, Grand manager at the time, that his firm, TSG, would be taking over security at the venue.

It is believed Booysen, who is a well-known gangster in Cape Town and who is the brother of Sexy Boys gang leader Jerome “Donkie” Booysen, is the actual leader of TSG (The Security Group), while Modack is the public face. Booysen accompanied Modack during his “negotiations” with club and restaurant owners and managers.

Booysen, the court was told, is the man who made the final decision with regard to reducing a R100,000 “fee” from the Grand to R90,000 for protection in the lucrative month of December. The charge sheet indicates that the Grand had paid about R370,000 in nine tranches from 29 May 2017 to 12 December 2017 (two days before the arrests of the men).

Police had uncovered the names of 20 other city establishments that were being extorted to pay protection money when TSG sent an invoice to the Grand, inadvertently attaching invoices to the other clubs and restaurants.

Kinnear also described how Modack and his crew would simply stop their vehicles in the middle of the streets of Cape Town and demand to be seated at a table at a restaurant.

Modack’s legal representative, Edwin Grobler, claimed his client was a legitimate businessman and denied that Modack had threatened Dijkers. He played a recorded telephone conversation to the court during which Modack attempted to confirm with Dijkers that he and the Grand owner had willingly employed the services of TSG.

Grobler told the court that the only reason Modack surrounded himself with bodyguards was because his rival in the “security” business, Mark Lifman, had offered a R20-million reward for him [Modack] to be “taken out”. Grobler said Modack had been informed of the claimed hit by “sources in SAPS”.

Last week Kinnear told the court that Modack and his cohorts had bragged that they were being protected by high-ranking police in the region including deputy provincial commissioner of detectives, Major-General Patrick Mbotho, as well as the province’s head of Criminal Intelligence, Major-General Mzwandile Tiyo (a Zuma ally).

So confident is Grobler of Modack’s innocence that he told the court on Tuesday that his client “will never be convicted in any court after this bail hearing”.

It is interesting to note that while Minister of Police and Tweets, Mr “FearFokol”, Fikile Mbalula, regularly posts information about sensational crime busts across the country, he has been remarkably silent on this high-profile breakthrough by members of the SAPS.

Mbalula is due to make an announcement at 14:00 on Wednesday outlining the process for the appointment of a new permanent head of the Directorate for Priority Crime Investigation.

“The minister will also make strategic announcements on matters relating to the Crime Intelligence Division and the implementation of his earlier revealed plan to de-escalate resources from head office to the ground and bringing top police managers closer to the people,” Mbalula said in a media statement.

The bail hearing of Modack and four others continues on Wednesday. DM