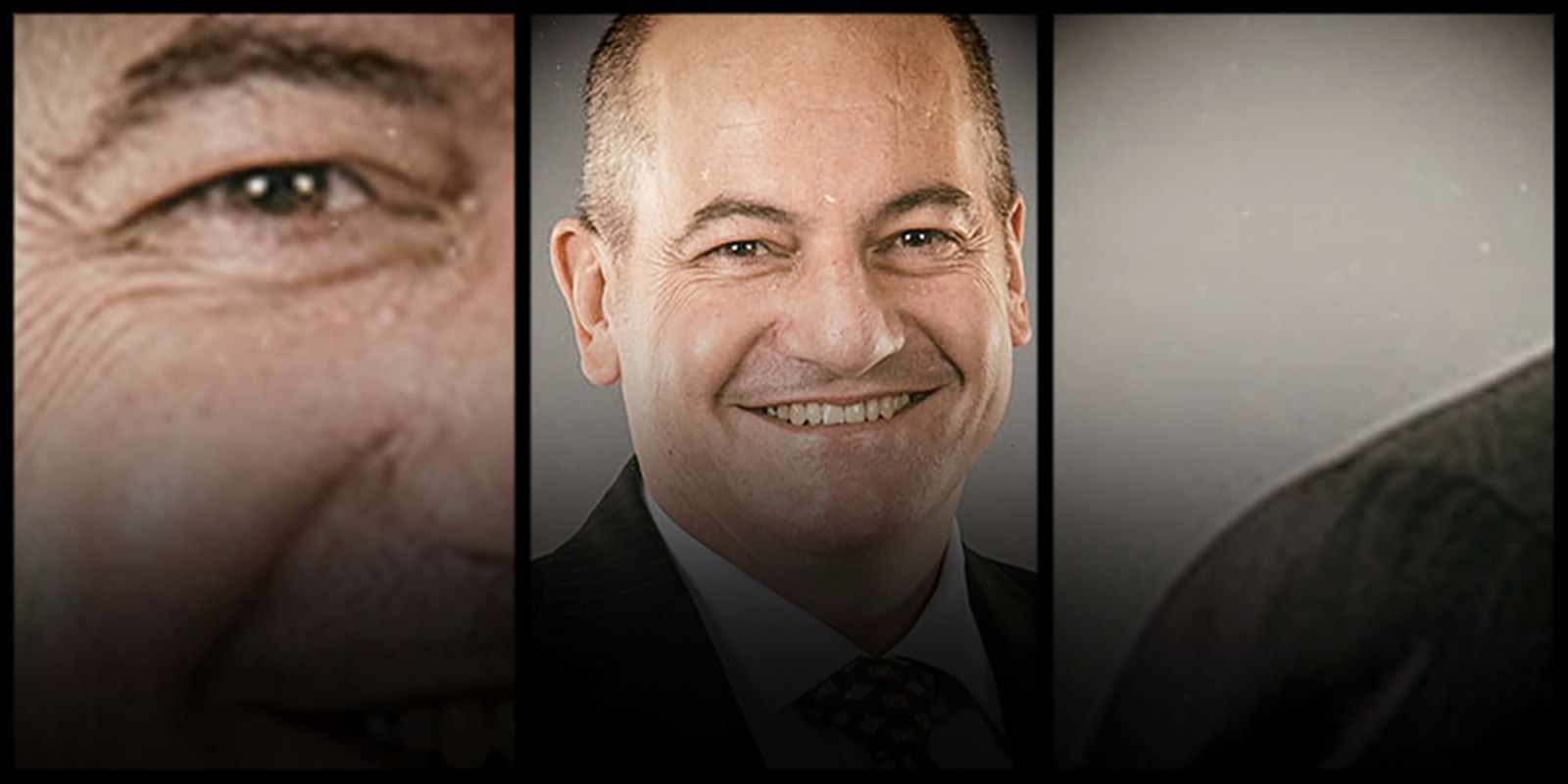 The spotlight has fallen on the sale of cars and the ownership of Eric Wood’s Sandhurst home and Limpopo game farm, with the Transnet pension fund seeking the sequestration of the former Trillian CEO.

Wood was the chief executive officer of the now defunct Trillian Capital Partners, a financial advisory firm embroiled in the State Capture scandal.

The TSDBF says it has claims in excess of R300-million against Trillian and says Wood’s personal estate is insolvent. It accuses the Johannesburg businessman of having committed various acts of insolvency that prejudiced creditors.

It cites, as examples, Wood allegedly having flogged a R3-million McLaren to a luxury car dealership for below market value (R1.3-million) and having moved ownership of his properties into trusts within months of allegedly becoming party to a State Capture conspiracy in 2012.

At the time, he was one of three directors of Regiments Capital, the company that previously managed more than R9-billion in TSDBF assets. 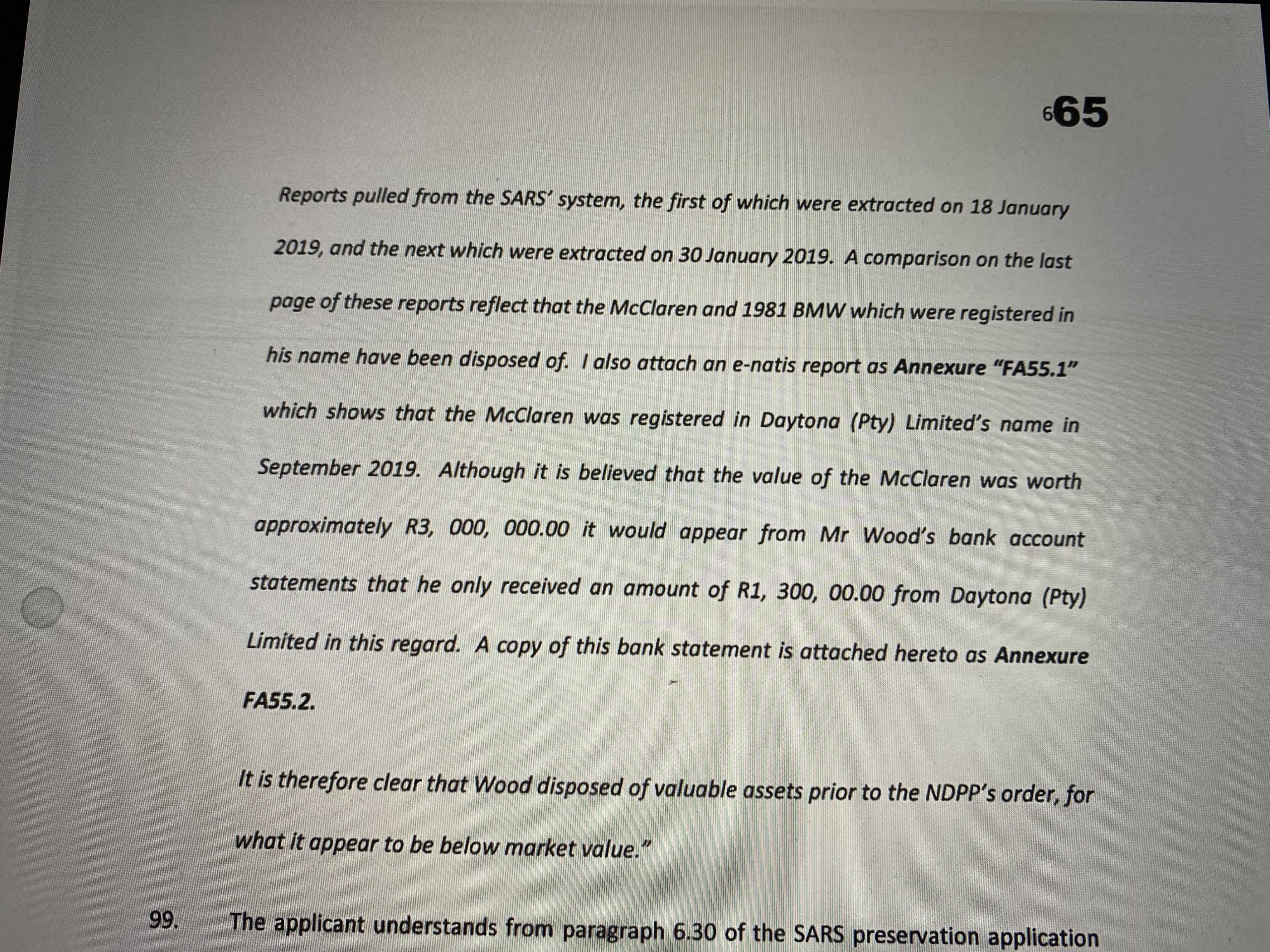 In papers filed at the High Court in Johannesburg, and which were first reported on by Sunday World, the fund accuses Wood of allegedly having disposed of valuable assets over a number of years. This, it argues, left his personal estate with little or no realisable assets of any substantial value.

This sequestration bid stems from a separate lawsuit in which the TSDBF claims more than R300-million from Trillian – the company is currently in liquidation.

In addition to the fund’s claim, Eskom previously obtained an order for the company to repay R595-million, while the South African Revenue Service (SARS) slapped the company with more than R200-million in tax bills.

The TSDBF’s sequestration bid is the latest development in a battle spanning four years and which relates to controversial transactions executed by Regiments when it managed more than R9-billion in assets for the fund.

In 2017 the TSDBF initiated litigation to recover hundreds of millions of rands allegedly misappropriated by Regiments and Trillian, among others. Wood had co-owned Regiments with Niven Pillay and Litha Nyhonhya until 2016 when he left to start Trillian – a competing boutique financial advisory firm – with Gupta lieutenant Salim Essa.

The TSDBF settled its dispute with Regiments Capital’s Pillay and Nyhonyha in late 2019 when the parties agreed to a deal involving 810,000 Capitec shares that wiped out the claim against Regiments.

It continued with litigation against Wood, from whom the fund seeks a pro rata portion of the funds allegedly misappropriated.

TSDBF principal officer Peet Maritz, in an affidavit filed on 30 April, says Wood’s liabilities exceed R500-million – this includes R220-million tax in claims for Trillian Capital Partners and a subsidiary, Trillian Management Consulting. (There is no order, as yet, that Wood, as the controlling mind of these companies, may be held personally liable for this.)

His assets sit at just R14-million, but this excludes the value of anything owned via two trusts that hold Wood’s interests in Regiments Capital, his Sandhurst home, a property in Houghton as well as a game farm in Lephalale.

Maritz says it is unfathomable that Wood’s personal estate comprises but a handful of assets including a few cars and firearms. The fund gleaned some of his assets from a previous court application by SARS that listed, among Wood’s assets, a R12-million Bell helicopter, a Range Rover, BMW X6, a Porsche Turbo S and Porsche Cayenne Turbo S and a Mercedes-Benz S600.

An assortment of shotguns, handguns and rifles appears to have been released from restraint (this relates to a separate case involving the National Prosecuting Authority).

Court papers also list Standard Bank, Nedbank, Absa and Capitec accounts, although they do not state the value of cash held in any of these.

Provisionally, assets owned by Wood’s wife are also being targeted in terms of the TSDBF’s application that was filed under section 21 of the Insolvency Act. This is to ensure Wood has not attempted to conceal assets from creditors.

Maritz says Salim Essa had used Regiments and Trillian to commit a systematic and calculated conspiracy by which public funds were diverted from state organs for the benefit of Wood, Essa and the Guptas, or entities linked to them. Part of this project resulted in the theft of R239-million from the fund and the removal of another R348-million by Wood and Regiments Securities through a series of bond-churning transactions.

These are described as commercially pointless bond trades between the fund and Regiments Securities and Regiments Fund Managers, executed for the sole purpose of lining the pockets of Wood and the Regiments companies.

In addition, the fund details how cash extracted from the fund allegedly helped raise cash for the Gupta family’s acquisition of Optimum coal mine.

Court papers also state that the provisional liquidators of Trillian Management Consulting (TMC) further believe that all the Trillian entities were, for all intents and purposes, used as one indivisible vehicle through which corruption, fraud and a highly sophisticated money laundering scheme were conducted with Wood as the controlling mind.

Liquidators, in fact, obtained a final order in January 2021 that the various companies all be collapsed into TMC as a single entity.

Wood has been battered by a crippling wave of litigation going back to 2017 and has, for the most part, waged a lone battle. His former partner, Essa, made his way to Dubai at the first sign of trouble. Wood has had legal skirmishes with Pillay and Nyhonhya too.

In 2017, the TSDBF launched civil proceedings against Trillian, Regiments and other parties.

Then, Eskom brought a review application to set aside a tainted deal involving McKinsey and Trillian in order to recover money. The global consulting firm opted not to defend that case and paid Eskom back more than an R1-billion, but Trillian fought unsuccessfully.

The court later ordered Trillian to pay back just short of R600-million because “justice demands nothing less”. By then, the company was broke and Eskom went to court to liquidate – a move that caused SARS to step in as well.

Lawyers for Wood said he would be opposing the sequestration application. DM