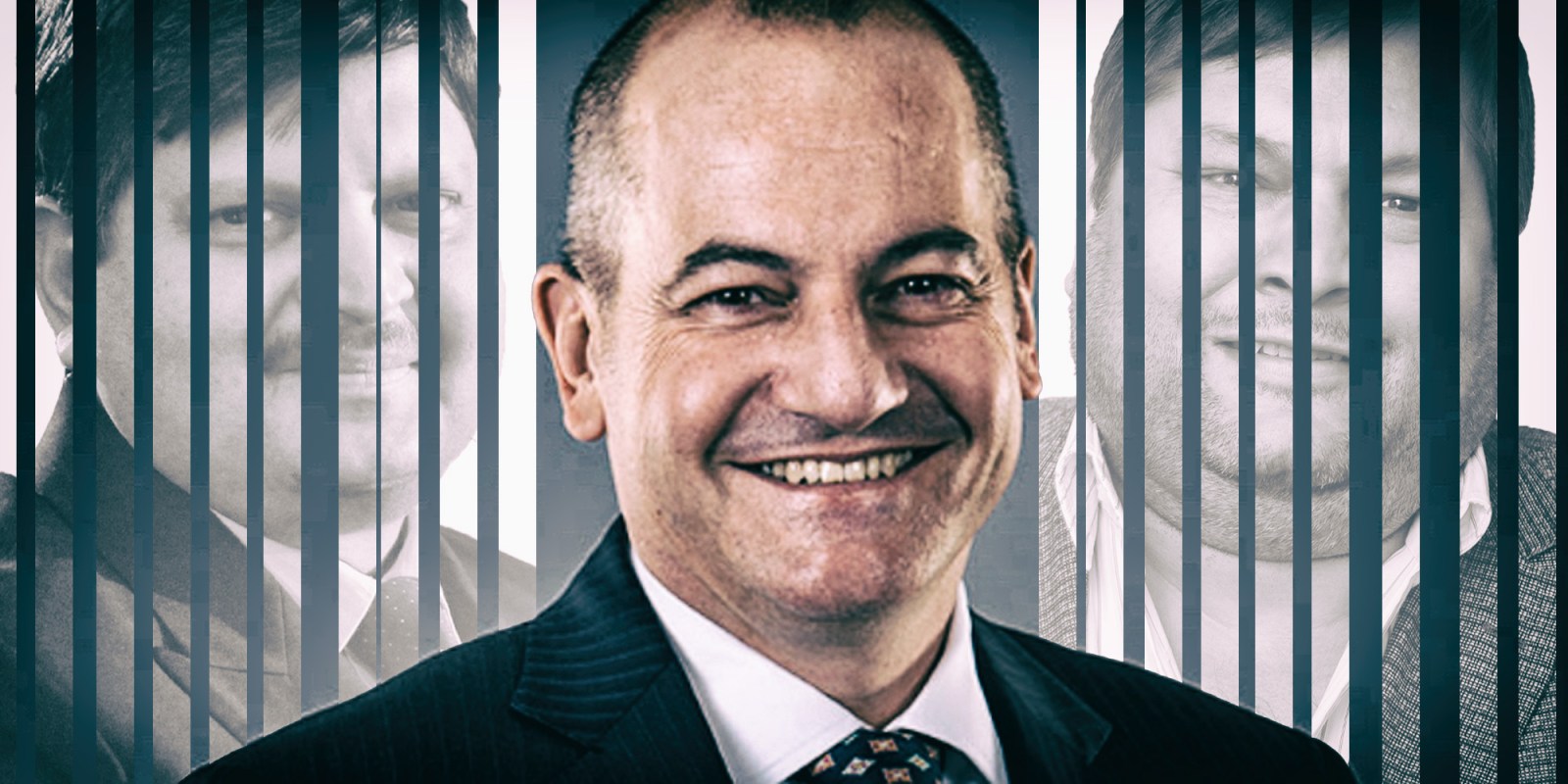 The net is about to widen in the hunt for Trillian assets as the South African Revenue Service seeks to join Eskom in its mission to liquidate the troubled Gupta-linked company. SARS is eyeing all those who irregularly benefited from the company’s ‘ill-gotten gains’.

The South African Revenue Service (SARS) wants to join Eskom in its High Court application to wind up Trillian Management Consulting, a subsidiary of the controversial Trillian Capital Partners.

And SARS seemingly has no appetite for delaying tactics amid its own claim of nearly R400-million in alleged unpaid tax, VAT, penalties and interest against the company.

It wants Trillian to be liquidated “immediately” and for a curator – appointed under its recently acquired draft preservation order – to be able to hunt down assets from all those who benefited from a dirty deal that left Eskom out of pocket to the tune of nearly R600-million.

This includes several letterbox companies, previously identified as Gupta front companies that allegedly received millions of rand from Trillian as soon as the company got payments from Eskom.

The start-up boutique financial advisory firm went belly-up after the State Capture scandal erupted around it in 2016/2017 and CEO, Eric Wood, has been battling crippling legal action solo since then.

Wood has repeatedly denied that Trillian was a Gupta company although it was majority-owned by the family’s former chief lieutenant, Salim Essa, and a growing body of publicly released information suggests otherwise.

Daily Maverick has confirmed that SARS filed an application on 25 February, 2020 to be permitted to intervene in the matter between Eskom and Trillian.

It argues that even if Eskom’s liquidation bid is not urgent, that of SARS is, in view of questionable transfers of cash that may need to be set aside so that SARS can initiate recovery efforts from beneficiaries involved.

The intervention comes just weeks (31 January, 2020) after the tax agency obtained a preservation order against Trillian, Wood, his family trusts and about 20 associated companies to safeguard R377-million in terms of the Tax Administration Act.

In court papers filed in the Eskom matter, SARS argues that the fiscus will be severely prejudiced unless it is able to immediately start tracing additional assets and setting aside questionable transfers made by Trillian.

It does not believe that the cash frozen under its preservation order would be enough to cover Trillian’s entire body of creditors.

While Eskom’s liquidation bid is conditional upon an insolvent Trillian or Wood paying up within five days of a fresh court order, SARS wants an urgent liquidation in terms of the Tax Administration Act.

Daily Maverick was not able to reach Trillian or Wood’s attorneys but court papers do state that the company has a legal right to challenge the assessment raised by SARS.

Ironically, the figure sought by SARS relates to Trillian’s income from the tainted Eskom deal, cash that served as the lifeblood of the company as it made up the bulk of its income, according to the court papers.

Swart says Trillian Management Consulting was selected for audit in October 2019 and the company has had ample time to show that it was not indebted to SARS.

The basis for the assessment is that Trillian had funnelled cash it received from Eskom to several “conduits” which could not have performed any services to have warranted those payments, Swart said.

Swart names the conduit companies as Birsaa Projects, Medjoul and Fortime Consultants which all shared one lone director, Sabbir Ahmed, who left South Africa for Addis Ababa in September 2016 and has never returned.

Trillian’s own records show that some of the conduits had extracted a total of around R84-million from Trillian for consulting services in the 2017 tax year.

“This cannot be true,” Swart says of the services provided.

While SARS has no record of Ahmed having worked as a “consultant”, the conduits he ran did not declare to SARS that they were employers and it could find no record to support claims it had traded at the time, Swart says.

Trillian also made payments totalling R67-million to another company, Cutting Edge Commerce, shortly after it received funds from Eskom.

In this regard, SARS found Trillian ledger entries for expenses billed as VAT in respect of the company which had also on-paid the cash it received from Trillian to the conduit companies.

SARS says unless the company is liquidated immediately, it would be unable to hunt down assets from those who illegally benefited and that the public at large would be impacted.

The tax collection agency is a creditor; Trillian is essentially broke and it is just and equitable that it be wound up, Swart says.

Liquidation would not only serve the interests of SARS, but those of the general body of creditors, as it would enable a liquidator to go after the beneficiaries of some of those payments.

And it would allow for an investigation and the possible reversal of impeachable transactions and for a liquidator to unravel how Trillian came to be insolvent despite it having raked in hundreds of millions of rand from Eskom.

SARS submitted an affidavit from Cloete Murray, the curator appointed in its preservation case and who is being joined in the proceedings at Wood’s insistence.

Murray provided a supporting affidavit and along with that a preliminary report from forensic auditor, Stephen Robinson, who confirmed that the bulk of the cash Eskom paid Trillian was immediately dissipated to related entities and third parties.

Robinson says his analysis confirmed that Eskom paid Trillian R595-million between April 2016 and February 2017 and a summary of onward payments showed that much of that cash went to other Trillian companies, a law firm and SARS.

Robinson’s assessment had left him with the impression that the affairs of the Trillian Group, Eskom and the Gupta family’s investments in South Africa “are inextricably linked”.

During the period assessed, Robinson says the company also transferred R160-million to Centaur Mining. Centaur was named in the Public Protector’s State of Capture Report as having paid R885-million towards the Gupta family’s acquisition of Optimum Coal Mine.

In the case of the letterbox companies, Birsaa Projects, Medjoul and Fortime Consultants, Robinson says they were all registered around the same time and are all currently in the process of deregistration.

In his opinion, Robinson says, none of these companies had carried out any legitimate form of business and had been formed as conduits for some ulterior motive.

He flagged Althaf Emmamally, then a director of Cutting Edge (later renamed Leonardo Business Consulting), as someone who either had a relationship with the Guptas or else his company was a Gupta front.

While Wood’s former partners have either cut deals or are living it up in Dubai, the wealthy businessman is personally battling a wave of crippling litigation as the State Capture payback mission intensifies.

He has confirmed, in court, that he cannot satisfy Eskom’s money judgment for R595-million and faces an R1-million fine or 30 days in jail as a result.

In addition, he is up against the National Prosecuting Authority (NPA) after it too secured a preservation order against him, Trillian and his former partners at Regiments Capital, Niven Pillay and Litha Nyhonyha.

Now he has the added pressure of SARS stepping in to safeguard its interests, a move that may cut short his bid to appeal Eskom’s damning 2018 order that the payments to his company were unlawful and that it should be paid back.

The case involving Trillian, Eskom and Sars is provisionally scheduled to be heard in March. DM

SARS, in a written response to Daily Maverick, said it is not in a position to divulge specific information and details on the affairs of taxpayers. ‘SARS is bound by Chapter 6 of the Tax Administration Act, 2011, dealing with confidentiality of information, and more specifically section 69 of the Act, which provides for the secrecy of taxpayer information. This includes investigations into taxpayers or traders.’ In addition, it cannot comment on a matter that is before the courts.

Daily Maverick contacted Trillian and Woods’ lawyers via email and telephone calls, but had not received a response at the time of publication.