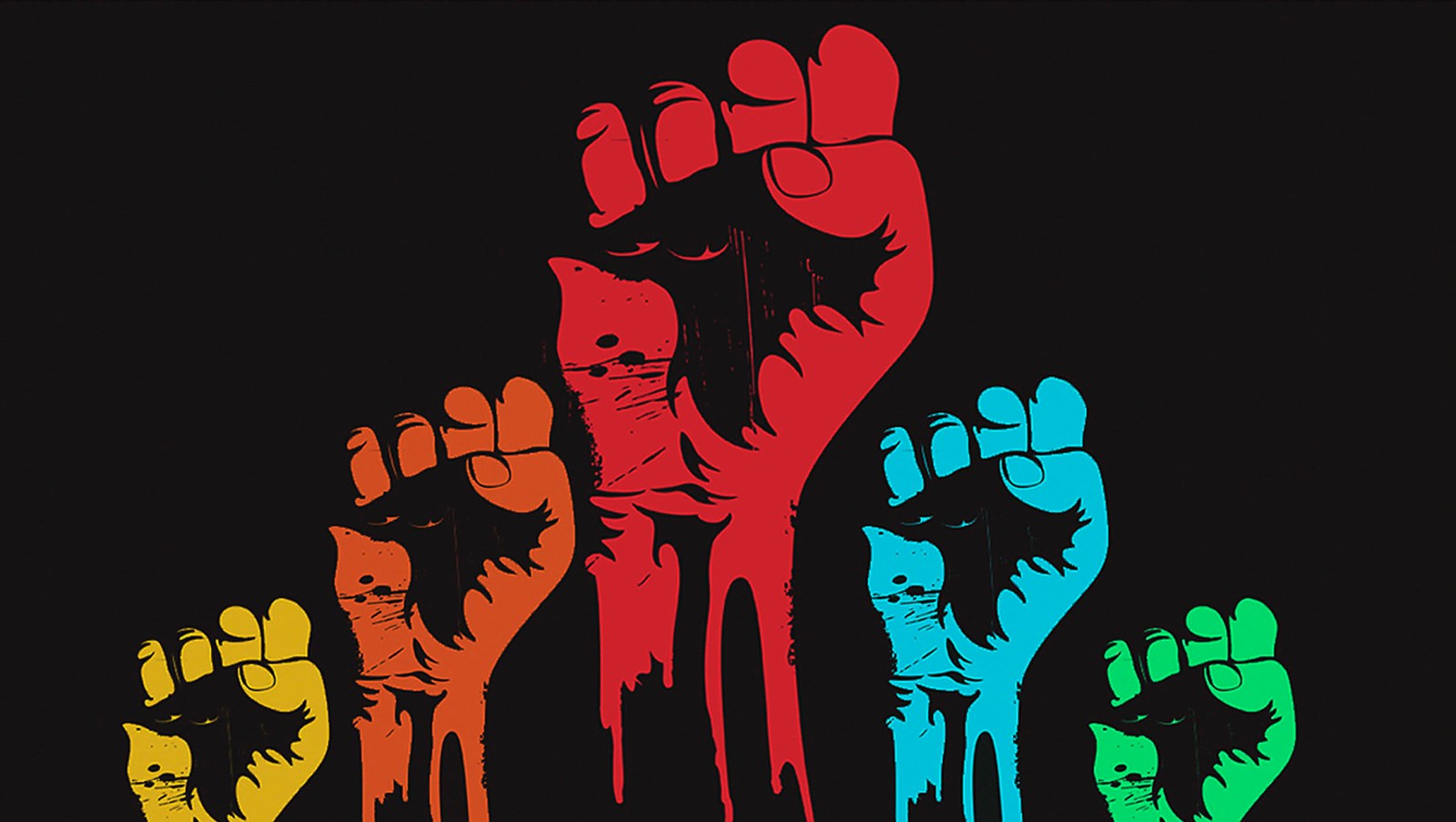 “We wish to see a much deeper form of democracy in our country, and in the world. We resist the idea that because we are poor, we must be confined to the dark corners. We have organised in solidarity with struggles all over the world, and built relationships with movements in different countries. The struggle is global.” S’bu Zikode, acceptance speech for the Per Anger Prize, 21 April 2021.

Today is the 27th anniversary of South Africa’s freedom. At least 27 years ago, South Africa was on the front line of worldwide struggles for freedom. Enormous hope was attached to our democracy not just among oppressed South Africans, but across the world.

In 1973, apartheid was declared a crime against humanity by the United Nations. In the 1980s, the fight against apartheid had developed into a worldwide human rights struggle that had seen people march, be arrested, risk jobs and freedom in numerous countries. It was encircled and made impossible by solidarity and sanctions.

When freedom came, South Africa’s liberation from apartheid and colonialism gave a boost to freedom struggles across the globe and much of the 1990s saw an advance of democracy. Yet powerful countries including Russia, China and Myanmar held out against that wave. Today, democracy is under attack and in retreat on a level unprecedented in 50 years.  Covid-19 has made that worse, with organisations like Freedom House documenting how democracies are in decline worldwide.

We can celebrate democracy in SA. But democracy and social justice are nothing if they are not universal.

That is why, as we reflect on Freedom Day 2021, we think it is important to find ways to recognise and support the people who still fight for freedom in South Africa and across the globe.

They are fighting for us.

So, today we ask you to think of many human rights activists in China, some of whose profiles are documented by the Network of Chinese Human Rights Defenders.

Think of Hong Kong, where democracy is being snuffed out by China and its proxy government and where leaders of the democracy movement are being rounded up and imprisoned one by one: Joshua Wong, Martin Lee, Jimmy Lai, Bao Choy and many others.

Think of Myanmar, where at least 579 people have been killed by the military junta and where more than 3,300 activists are in prison.

Think of Russia and the imprisonment and torture of Alexei Navalny, the imminent banning of his anti-corruption organisation and other activists whose names we do not know.

Think of India, where the increasing suppression of freedom of expression and association and imprisonment of scores of activists has aided the catastrophe of Covid-19.

Think of those activists still being persecuted by democratic governments for fighting for people’s rights of access to information: Edward Snowden, Julian Assange, Chelsea Manning.

In Zimbabwe, think of activists in prison for protesting against the corrupt Zanu-PF regime: Joana Mamombe, Cecilia Chimbiri, Makomborero Haruzivishe and the Mthwakazi Republic Party.

We stand in solidarity with climate crisis activists and the environmentalists, who are being murdered across the world at the rate of three a day.

Sadly, this list is far from complete. Sadly, all of the countries listed are allies or trading partners of South Africa. Despite our Constitution and the freedoms our government will celebrate today, our leaders are complicit or silent in other people’s unfreedoms. Solidarity helped set us free, but it seems we will not repay the favour to other countries.

The quest for dignity and socioeconomic rights

In South Africa, we must remain in solidarity with activists, who continue to face harassment, imprisonment and even murder as they struggle for constitutional rights of access to housing, land and an environment that is not harmful to health and well-being and which is protected for future generations.

We think of people like S’bu Zikode, the leader of Abahlali baseMjondolo and Nonhle Mbuthuma of the Amadiba Crisis Committee; and of activists like Bazooka Radebe and Fikile Ntshangase, whose murderers have still not been prosecuted.

Despite this, Freedom Day is still a day to be celebrated. Because of the vigilance of activists since 1994, we still have constitutionally enshrined freedoms of speech, the media, the right to protest; we can still use these rights to advance the freedoms we are still denied: to healthcare services, basic education, equality and social justice.

That is not true in many other parts of the world.

In solidarity, we therefore call for political prisoners to be freed wherever they are; for a change in foreign policy to one that actively supports freedom struggles the world over; and at home for SA to inspire the world once more by being a leader in the fight for freedom from femicide, the climate crisis and all forms of inequality. DM/MC