Rands and cents must back ambitious economic agenda in... 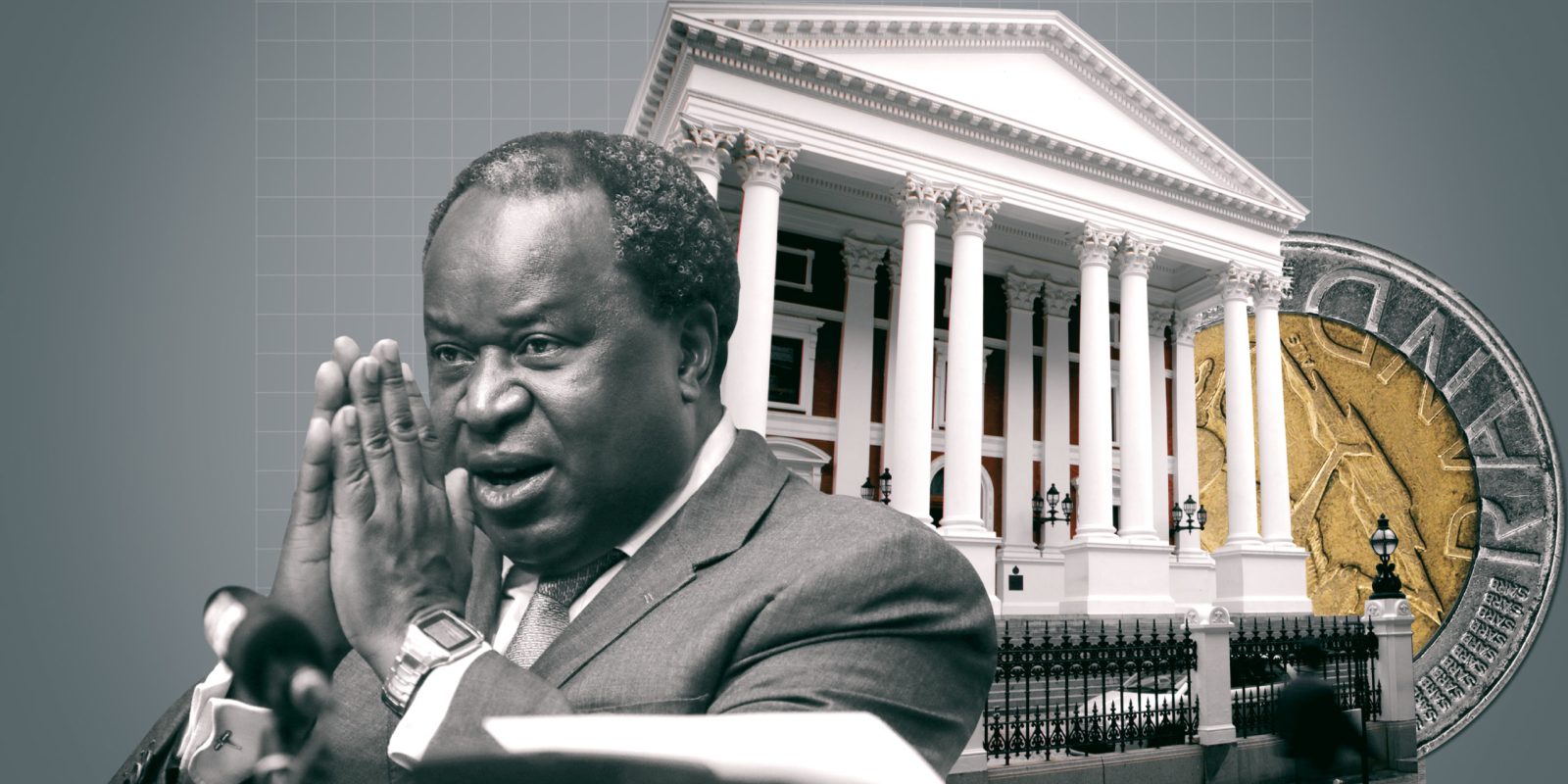 It’s all eyes on whether Finance Minister Tito Mboweni keeps his aloe – and how it’ll fit with President Cyril Ramaphosa’s fynbos. The aloe, which doesn’t need a fire to bloom, is in slightly better shape given a smaller than expected tax collection shortfall. But it’s still a balancing act on a rocky outcrop.

The hint of somewhat better tax collection during the easing of restrictions in Covid-19 lockdown Level 1 came in late January 2021 during an interaction between the National Treasury and the South African National Editors’ Forum (Sanef), when Treasury’s deputy director-general Ismail Momoniat indicated the tax revenue situation was not quite as gloomy as anticipated.

Since then, R100-billion plus had been touted in the financial press as the tax collection windfall, leaving the strained public purse decidedly cash flush, against expectations.

If Mboweni didn’t ditch his aloe – the Budget leitmotif since 2019 – and wanted to fit it to Ramaphosa’s fynbos, a key Budget announcement would be on allocations for South Africa to purchase, at speed, sufficient Covid-19 vaccines to inoculate 40-million people.

Such vaccine funding had been missing in October over what appears to have been an overall government inertia, aggravated by a lack of coordination between Health and Treasury. Estimates range from R8-billion, including returns from the private sector through medical aid schemes, to up to R30-billion by the Department of Health. The basis for costings remains unknown as Treasury has kicked to touch inquiries on Wednesday’s Budget.

But overcoming Covid-19 was given top spot in the State of the Nation Address (Sona) that on 11 February outlined the Ramaphosa administration’s priorities.

If Mboweni were to match his aloe to the presidential fynbos, Wednesday’s Budget would also announce significant allocations for employment creation, preferably beyond the presidential jobs stimulus — effectively temporary public works programmes.

Statistics South Africa is set to release unemployment numbers on Tuesday. In September 2020, its statistics showed joblessness at 43.1% on the broader definition that includes all those too disheartened even to try to look for work.

But the research showed it was not necessarily those who had lost the jobs who regained them, and far fewer women returned to work, often at reduced hours. This pointed to an important shift in employment patterns and trends, and a jobs loss of between 700,000 to 1.32-million, according to Institute for Economic Justice Director Gilad Isaacs.

With infrastructure officially deemed central to job creation, some announcement should be expected on Operation Vulindlela, the rather obscure and not publicly accountable Treasury-Presidency initiative, which has been credited with resolving governance bottlenecks, particularly water, mining and prospecting permits.

Also on the infrastructure front, to watch for is any detail on reforms to Regulation 28 – the section in the Pension Fund Act that limits the exposure pension funds may have in certain assets in order to protect investors. Talk of amending this to get bigger support for South Africa’s ambitious infrastructure build has been around since the 2020 Budget.

After his June 2020 Covid-19 emergency Budget, Mboweni told a post-Budget media briefing that the announcement had been there, but  “disappeared” overnight before the speech was delivered in the House.

Any announcement on Regulation 28 would aim to support the Ramaphosa administration’s structural reform priority.

But other structural reforms would also need backing from Wednesday’s Budget, particularly those on energy, from Eskom to renewable and independent power producers. And perhaps something for government IT to ensure services are sustained at least during working hours to prevent not only queues at home affairs and labour offices, but to allow for a general efficiency boost.

If hardy plant matching is to carry the day, Mboweni should announce substantial rands and cents for the prosecuting services, Hawks and the Special Tribunal, the statutory structure to recover public monies siphoned off through corruption, fraud and such.

The above tick Ramaphosa’s Sona priorities of economic recovery, economic reforms for “sustainable jobs and inclusive growth” and to fight corruption while also strengthening the state.

Against political, administrative and health turmoil, and in the spirit of putting on a good display, it’s key to see how Mboweni keeps his aloe – and how he trims that aloe to fit into the presidential fynbos.

But, of course, much more pressure is on the frayed national purse.

State-owned entities (SOEs) are continuing concerns, with the Land Bank looking for another R7-billion to get its balance book in order and perennial non-performers such as Denel also asking for money.

Like others, the International Monetary Fund (IMF) has warned on SOE risks.

“We encourage the government to make transfers to SOEs conditional on meeting ambitious but realistic performance targets; rationalise compensation; dismantle ill-targeted subsidies; and improve enforcement of tax compliance,” the IMF said in a statement in January 2021 after its virtual country visit.

Eskom remains a major risk to South Africa, but its support from the public purse has been built in since 2019 when Mboweni announced an effective R23-billion a year over the following decade, plus a R59-billion special appropriation over two years ending in 2021.

The power utility has welcomed the 15.63% electricity tariff as part of its narrative of effective cost recovery as a way out of its R483-billion debt. This push for greater tariffs to balance its books, however, is at odds with Eskom’s own numbers that show how as electricity prices have increased, demand is declining. Put differently, people cannot afford electricity any more and are cutting back. Whether that’s a return to candles and paraffin, or going solar and gas, depends on socio-economic class and status.

And lack of demand amid depressed consumer and business confidence makes raising taxes also difficult although such hikes were hinted at in the October 2020 MTBPS. Given the impact of Covid-19 lockdown restrictions on jobs and socio-economic wellness, there’s not enough flexibility for increased taxes beyond the traditional hikes of sin taxes and fuel levies.

Curiously, despite warnings of sovereign debt crisis since 2020, acceptance, or maybe resignation, around increasing debt seems to have settled in. At least in the sense that the “closing the mouth of the hippopotamus” of the June 2020 Special Appropriation Budget has served its role to whip departments into spending cuts, even if not improving the overall debt picture.

The October 2020 MTBS set debt at 95.3% to gross domestic product by 2025. This may happen sooner. The reality of bigger debt, however, is increasing debt servicing costs – it’s already the fastest-growing expenditure item – and one that according to Mboweni takes up 21 cents in every tax rand.

Wednesday’s 2021 Budget comes as questions are being asked about Treasury’s capacity – key positions remain filled with acting incumbents; senior staff are due for retirement – and a sensitivity to critique that seems to indicate defensiveness and a far from robust institutional culture.

The loss of influence on government decision-making and bringing a sense of rationality to often ideologically driven Cabinet wish lists has popped up in various places from the Covid-19 vaccine saga to SAA, where Mboweni was trumped in favour of the ANC’s decision to keep the national flag carrier going.

Intellidex analyst Peter Attard Montalto, in a recent brief, said investors remain interested in “Tito-xit”, or the departure from the Cabinet of Mboweni, who had right from the start in October 2018 publicly stated his reluctance about the job.

“Yet the minister appears to have been able to ensure a situation exists in the Cabinet process where, even if the fully optimal outcomes that National Treasury might want… isn’t occurring – a conservative stance is still maintained,” said Attard Montalto, adding later, “The event (Tito-xit) itself is in focus because investors are thinking about the wider need for a Cabinet reshuffle to remove so much dead wood elsewhere.”

Against political, administrative and health turmoil, and in the spirit of putting on a good display, it’s key to see how Mboweni keeps his aloe – and how he trims that aloe to fit into the presidential fynbos.

It has to be a good fit at this crucial point. Because without the rands and cents to root down governance priorities like Covid-19 vaccines, jobs and structural reform for inclusive economic growth, all that’s left are just pretty words.

And without this support words like resilience and recovery are just that, words. DM