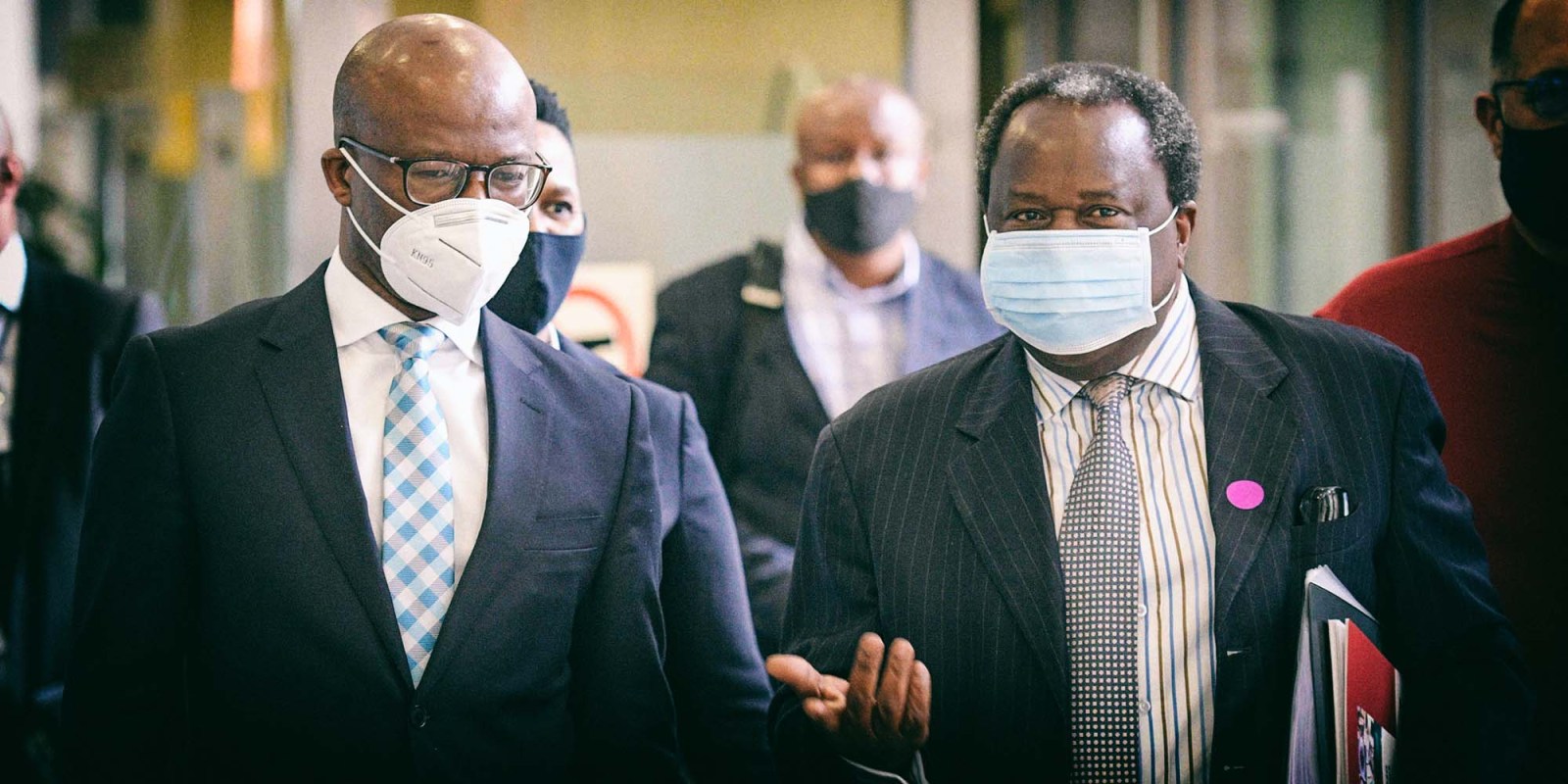 The take-out numbers should have been the government’s daily borrowing of R2.1-billion, pushing up the debt to 95.3% of gross domestic product by 2025. And that debt service costs are “the fastest-growing item of spending”, as the Medium-Term Budget Policy Statement (MTBPS) put it; in 2021 South Africa will spend more on servicing debt than on health – R271.8-billion on debt service costs against R235.3-billion on health.

The government borrowing level crowds out crucially needed investment in, for example, infrastructure, much of which has been kicked for touch to public private partnerships in the Economic Reconstruction and Recovery Plan. It means robbing Peter to pay Paul, as is illustrated in the R6.8-billion taken from public employment programmes to pay for the three-month extension of the R350 Covid-19 grant to January 2021.

The take-away number steeped in political spin was R10.5-billion – for SAA’s “bailout”, as the opposition and others put it. Or “business rescue”, as Finance Minister Tito Mboweni spun in taking the cue from Public Enterprises Minister Pravin Gordhan, who punted those billions in support of staff retrenchment and supplier payments.

But that’s spin because, simply put, the much talked about, much touted equity partner for the airline has not materialised. And the clock is ticking on the business rescue plan to keep SAA in the air in line with the governing ANC’s January 2020 lekgotla decision to retain a national flag carrier.

For SAA to get its R10.5-billion, just about every department must forgo rands and cents – from police, home affairs, international relations to agriculture, according to the Adjusted Estimate of Expenditure. Those departmental cuts totalling R6.97-billion, alongside R3.529-billion from what was already announced in the 2020 Budget, get SAA its bailout.

Yet, tax increases may be the easiest implemented revenue raising measures. Not so comfortable was Mboweni’s call to consider a “proposal for across-the-board compensation pay reductions to management-level positions, across national, provincial and municipal governments, state-owned entities and all other senior public representatives”. Or the public wage chill that must cap the salaries of South Africa’s 1.3 million civil servants at 0.8% increases – effectively for pension and medical aid provisioning – over the next three years.

But that call for public sector wage restraint – politically unpopular with labour – and insistence on the need for an effective public sector wage freeze, is pretty much all Mboweni had left after his defeat on the SAA billions.

That he was able to make this call for a public sector wage freeze, albeit with scant details, is the political leeway the finance minister’s Cabinet colleagues have given him. For now. Given the looming 2021 local government poll that requires a manifesto of election promises, Cabinet support may lapse.

Indeed, the finance minister at Wednesday’s post-MTBPS media briefing seemed to have been rammed into his lane. “I’m staying in my lane,” was his reply to repeated questions on the public wage bill chill.

“The country is waiting with bated breath for a positive outcome,” was about as much as Mboweni said before kicking for touch to Public Service and Administration Minister Senzo Mchunu, and others.

“Political decisions must be taken by the leadership, by the political parties themselves and the political leadership in the different forums like Parliament, legislatures and councils.”

Mboweni seemed to have been kept on the straight and narrow, with a question on why the MTBPS missed details on the National Health Insurance, deemed unrelated to the topic of the day by National Treasury Director-General Dondo Mogajane.

But, unlike his upbeat speech clearly aimed to align with the buoyant perspective of the socially compacted Economic Reconstruction and Recovery Plan, Mboweni briefly slipped back into his traditional more cautionary stance.

“We are in a bind here. We need to solve this,” he said before returning to, “I stay in my lane.”

Rammed in, muzzled, or just bowing to the collective decision-making traditions in the politically contested governing ANC. Exactly what the political take-out is must still unfold, but the rumours of Mboweni’s resignation, possibly as soon as year-end, may yet get a new lease of life.

Regardless of the political spin, the opposition called out the SAA bailout billions.

DA MP Geordin Hill-Lewis said Mboweni broke two undertakings: to control debt by 2023 – an undertaking made just three months ago in the June Special Appropriation Budget – and to stop the SAA bailout. “It is very, very upsetting and disappointing.”

Freedom Front Plus leader Pieter Groenewald said the finance minister had manipulated the budget, but it was “nothing more than rearranging the deck chairs of the Titanic”.

ANC Chief Whip Pemmy Majodina provided a rare show of support. It was about rescuing SAA, she said, adding that clear funding for economic recovery was key. “We all have to do our part; this is the new normal.”

Business Leadership South Africa (BLSA) did not seem that enthused, repeating appeals for clearly set out projects in infrastructure and energy so business could invest, alongside leeway to hire, including a fresh and efficiently administered key skills visa list.

“We did not need to see spending on SAA, but unfortunately R10.5-billion of money has been reallocated from other departments and programmes to SAA, which now won’t be spent on social needs and investment. We hope that SAA and similar non-investment expenditure is now behind us,” said BLSA CEO Busi Mavuso.

Agri SA said Mboweni had missed low hanging fruit opportunities, including providing more support to the agriculture sector while providing SAA with support. “Effective implementation remains critical in the quest for a prosperous economic future for all.”

The labour federation Cosatu was scathing. “We accept the wage freeze of senior managers and politicians, but any talk of a wage freeze for lowly paid public servants will be regarded as a direct attack on collective bargaining.”

It was equally critical about the lack of details on fighting corruption, but the ANC’s alliance partner welcomed the extension of the R350 Covid-19 grant, and the promise to allow workers in distress or who have lost wages to access a portion of their pension funds. That draft law should be urgently tabled in Parliament to come into effect no later than 2021.

What Wednesday’s MTBPS made clear is the interconnection of political compromise and the public purse. Mboweni was defeated on the SAA bailout billions, but he was given wiggle space on what effectively is a public wage freeze to try to keep South African out of a debt crisis.

But for as long as the focus is on the spin – on the narrative of economic reconstruction and recovery – rather than details of clear actions, South Africa remains precariously balanced on the fiscal edge.

It remains to be seen how long Mboweni decides to be part of that, to stay in his lane, as he put it. DM