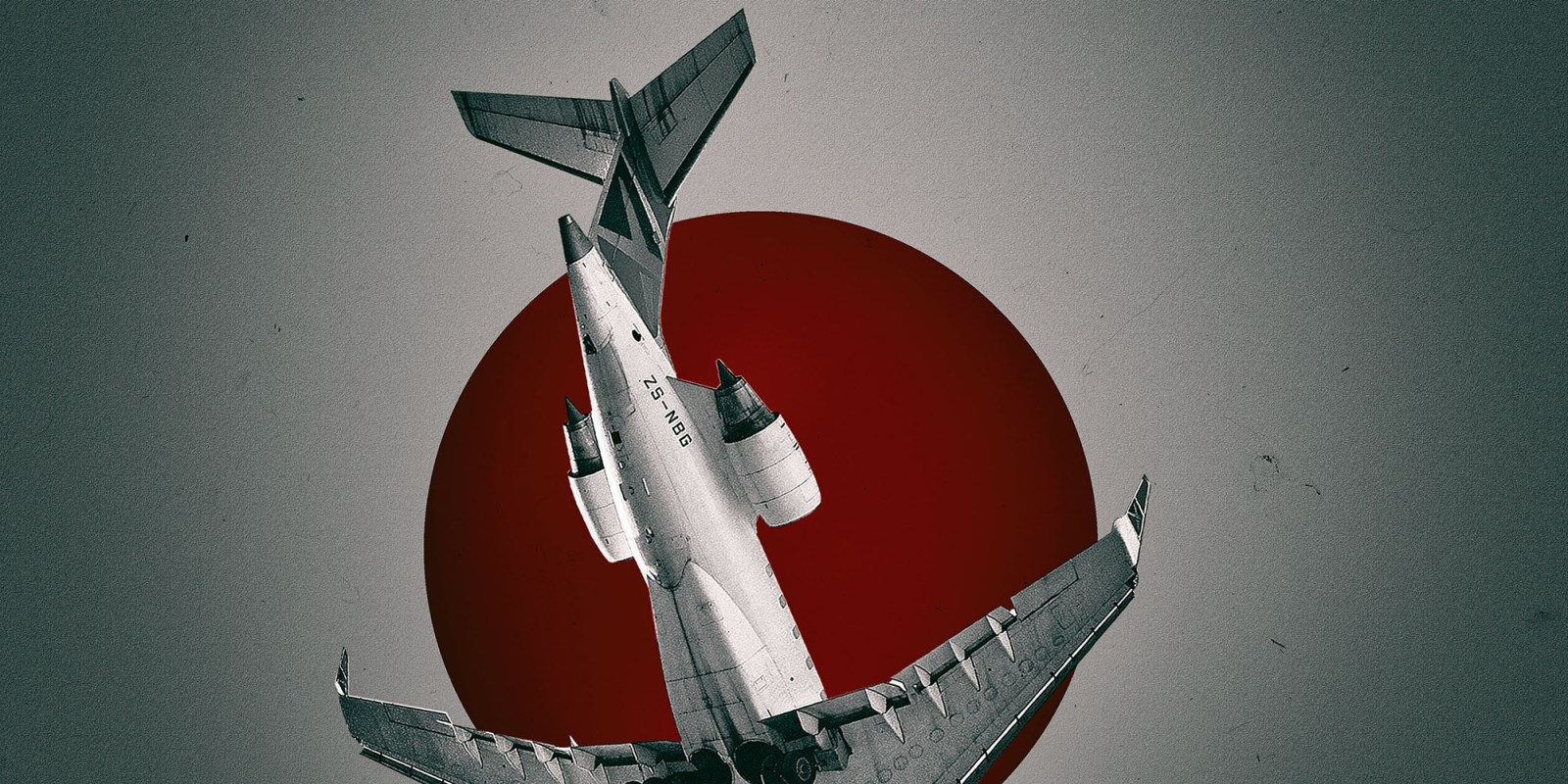 The wait is on to see if, while SA Express is in liquidation, SAA gets more bailout billions to make its business rescue a reality. (Photo: Flickr / Alwin Murugen)

With a book value of R1.8bn that evaporated into just R113m, the lack of consequences for financial mismanagement at SA Express emerged in Parliament on Wednesday. But it could have been any of the state-owned entities that had been central to State Capture.

SA Express liquidator Aviwe Ndyamara told MPs of Parliament’s public spending watchdog, the Standing Committee on Public Accounts (Scopa), that the process has not yet reached investigations, with a view to whether lost monies could be recouped, against those who contributed to the regional airliner being grounded. First, it was a case of matching what’s on the books with what’s in hangars and on the ground.

“We are still busy reconciling. We do have challenges in terms of the reconciliation in terms of what is on the books and records and what is physically there,” said Ndyamara, who leads a team of four liquidators at SA Express.

“When we took office, the estimated assets were quantified to be R1.8-billion. In the past five weeks… we’ve reduced that to R113-million. There is a massive discrepancy of what is on record and what is actually there on the ground.”

Given creditor claims, SA Express staff are unlikely to get anything in the provisional liquidation proceedings that return to court on 6 September for a final order. Or, as Ndyamara put it: “At this stage it is unclear whether there will be a residue for employee claims.”

“It is unfortunate that people are walking out with nothing. We would not be human if we do not recognise the pain,” he said, after having pointed out how even though SA Express since 2018 had received R1.5-billion – and R164-million in the 2020 Budget specifically to meet lease payments – “the hole was much bigger than we anticipated”.

“It’s a story not confined to SA Express. We have other entities going through this. The corruption that has been very well articulated… It is for that reason we find ourselves here. These entities and their resources were hijacked for other ends.”

Power utility Eskom’s role in State Capture has been scrutinised, also in Parliament, as has the impact of a series of deals, including finders’ and other consultancy fees to the politically connected, also at Transnet, SAA and Denel.

But while Eskom is deemed too big to be allowed to fail – in 2019 it secured an additional R23-billion annually over 10 years alongside a special R59-billion over two years – and SAA has the political backing to stay in the air, SA Express is left to crash.

Tempers roiled when Tlhakudi, who described SA Express as “an entity that has failed”, urged MPs not to point fingers: “It does not help to point fingers because we know very well what has happened.”

The public spending parliamentary oversight committee expressed concern over the movement of officials from one troubled SOE to another, like former SA Express acting CEO Siza Mzimela going to Transnet to head its freight division as chief executive.

“We have to point fingers. Not doing so would be a dereliction of duty. Because pointing fingers should lead us to the direction who was responsible… Ultimately the buck stops there, with the department.”

Tlhakudi later apologised, acknowledging the department was “first in the line of oversight”, and accountable to Parliament.

“The deterioration in the affairs of this business happened over a long period of time and it turned out to be more deeper than we thought.”

In the end, Scopa decided Public Enterprises would be called to a hearing so departmental officials could explain not only financial mismanagement at SA Express – the regional airliner missed the annual report deadline in 2019 and 2018 – but also departmental oversight of other troubled SOEs.

Executives and board directors will also be called before Scopa.

The public spending parliamentary oversight committee expressed concern over the movement of officials from one troubled SOE to another, like former SA Express acting CEO Siza Mzimela going to Transnet to head its freight division as chief executive.

But, for the 691 SA Express employees, the provisional liquidation proceedings underway now until a final order court date on 6 September means they have to try to survive on the Unemployment Insurance Fund Temporary Employee/Employer Scheme (TERS).

Another R2.3-billion would go towards general creditors – SAA owes SA Express R106-million, it also emerged on Wednesday – with the lion’s share of R1.7-billion for lessors.

That’s unlike the staff of SAA, which government is committed to keep flying. The business rescue plan released on 16 June identifies a R2.2-billion retrenchment allocation for staff, as of the more than 4,708 staff, only around 1,000 would retain their jobs.

That retrenchment provision is part of an overall R10.3-billion business rescue plan to ensure SAA, restructured and made into a sustainable entity, would continue to fly.

That amount includes R2.8-billion to restart operations in the wake of eased Covid-19 lockdown restrictions – the plan is to have full domestic services up in the air in January 2021, followed by regional and later international flights – some R3-billion in ticket refunds and changes.

Another R2.3-billion would go towards general creditors – SAA owes SA Express R106-million, it also emerged on Wednesday – with the lion’s share of R1.7-billion for lessors.

This is over and above the R16.4-billion the 2020 Budget has provided so the national airliner could meet maturing loans.

DA MP Alf Lees has rejected this SAA business rescue plan, saying he would write to the Competition Tribunal as SAA seemed to be getting an unfair competitive advantage.

“SAA has been bankrupt for the past decade, relying on bailout after bailout as a succession of poor CEOs squandered all hope of profit and goodwill with poor business practice.

“Another bailout must not be on the list,” said Lees on Wednesday. “South Africa is neck deep in the middle of a pandemic. There is an economic meltdown, and we are facing a humanitarian crisis as millions of people are desperate and wondering how to provide food for themselves and their families.”

Its statement on Wednesday said the government had made available R5.5-billion for the business rescue that started in early December 2019, and additional revenue had been generated through repatriation and essential cargo flights.

While overall an additional R10.3-billion is required by the SAA business rescue plan, the immediate financing need is for about R5-billion – R2.2-billion for retrenchments and R2.8-billion for restarting operations and working capital.

“As the shareholder of SAA, government, taking into account the broader national interests, has made it clear that the desired outcome should be to establish a viable, sustainable national carrier that must emerge from the business rescue process. Particularly so as government if (sic) expected to marshal the resources necessary for this process from diverse sources.”

The SAA business rescue plan will go to a vote by creditors and others next week. But it’s all eyes now on National Treasury and Finance Minister Tito Mboweni, who will deliver a Covid-19 emergency Budget, officially the Special Adjustment Budget, in Parliament on 24 June.

While overall an additional R10.3-billion is required by the SAA business rescue plan, the immediate financing need is for about R5-billion – R2.2-billion for retrenchments and R2.8-billion for restarting operations and working capital.

And on a question whether a statement on SAA business rescue financing could be expected when Mboweni tables the adjustment Budget on 24 June, the National Treasury media team replied,

“We will have to wait and see. We are unable to comment on the contents of the Budget before the minister delivers the Budget.”

And so the wait is on to see if, while SA Express is in liquidation, SAA gets more bailout billions to make its business rescue a reality – or whether it’s left as just a wish list. DM