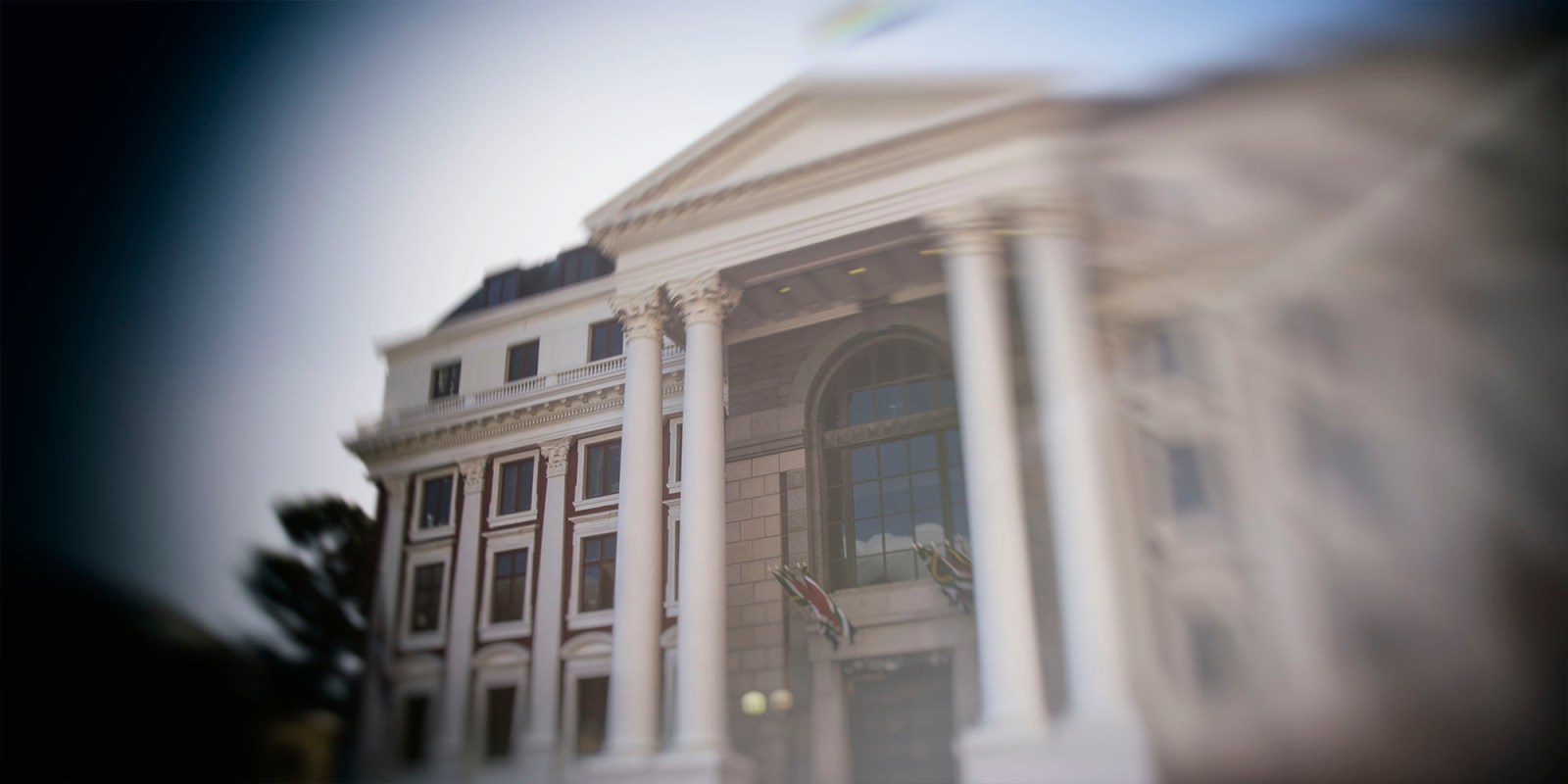 Parliament of the Republic of South Africa (Photo: Daily Maverick)

SAA, again, failed to submit its annual report to Parliament by the statutory end of September deadline. Its audited financial statements are not ready as the national airliner struggles to be a going concern. Ditto, SA Express.

For the third year in a row, SAA’s financial and governance turmoil meant it could not meet its statutory responsibilities — to account for its performance and spending in an annual report in line with the Public Finance Management Act (PFMA).

“We cannot release our financial statements as we have not finalised our going concern,” SAA interim chief financial officer Deon Fredericks told Daily Maverick on Tuesday. In addition to the R5.5-billion government made available in September, he confirmed, another R2-billion must be finalised with lenders.

Once that’s done, the annual report and audited financial statements will be in Parliament. But for now, Public Enterprises Minister Pravin Gordhan must ask Parliament for an extension.

It’s not the first time, neither for an extension nor for a bailout. back-of-the-napkin calculations show SAA has received bailouts amounting to some R15.7-billion since June 2017 to date.

The national airline’s 2016/17 annual report was tabled more than seven months late in mid-May 2018. Then finance minister Malusi Gigaba twice had to request extensions from Parliament, according to the Announcements, Tablings and Committee Reports (ATC) of 22 February 2018 and 4 October 2017, amid a loss of momentum over the exit of board chairperson Dudu Myeni, also the executive chairperson of the JF Zuma Foundation, a delayed SAA annual general meeting, and finances.

“Due to financial challenges faced by the SAA and the fact that SAA’s external auditors have raised concerns regarding SAA (as a) going concern, SAA has missed the deadline for submitting audited annual financial statements on or before 31 August 2017 to the shareholder as stipulated in the PFMA,” wrote Gigaba in his letter published in the ATC of 4 October 2017.

The 2017/18 annual report’s statutory deadline of 30 September 2018 came and went amid a precarious financial situation that effectively meant the financials could not be signed off. The national airline received a R5-billion bailout in October 2018. A month later then SAA CEO Vuyani Jarana told MPs the airline actually needed R21.7-billion to stay in the sky over the next six months or so. In June 2019 Jarana handed in his resignation, citing red tape hindering decision-making.

And 2019 is a repeat non-arrival for the national airliner still caught in financial and governance turbulence.

Daily Maverick is reliably informed the required ministerial letter requesting Parliament for an extension to table the SAA 2018/19 annual report is being drafted — and it’s expected to cite lack of going-concern status amid serious financial challenges. Something along the lines of: unable to meet going concern status, the interim chief executive and financial officers needed more time to pull together all required information, while also requesting a flexible timeframe for the SAA AGM by early 2020.

It’s pretty much the same grim outlook for SA Express (SAX). Financials and annual report also are nowhere ready even as the loss-making airliner recently got an extra R300-million to keep it in the skies. In 2018 SAX also missed the statutory deadline.

Public Enterprises was approached for comment on Tuesday, but none was given.

The bottom line is that when annual reports are not tabled on time, it’s a signal that not all’s well.

The Public Finance Management Act requires annual reports, including audited financial statements of a department, statutory entity or state-owned enterprises (SOEs), and audit opinions, to be tabled in Parliament within six months of the end of the financial year on 31 March, and not later than 30 September.

These annual reports are key data-based tools for MPs’ oversight generally, but also specifically with entities’ and departments’ annual performance and strategic plans. The annual reports also are part of the budgetary scrutiny linked to the Medium-Term Budget Policy Statement (MTBPS) in late October, although in recent years that period had been a pressure cooker as oversight time is crunched between increased days in constituencies.

But such parliamentary oversight is crucial because, even though annual reports are public documents once tabled in Parliament, they are often not put up on departments’ websites until much, much later. A snap survey on Tuesday showed, with some exceptions, departments have now posted last year’s 2017/18 annual report. It remains to be seen when the current 2018/19 annual reports will be posted on the relevant departmental websites.

While nothing stops anyone from tabling their documents early — the South African Reserve Bank is a consistent early bird and Parliament in 2019 had already tabled its documents at the end of August — it’s become entrenched departmental routine to leave the tabling to the last minute. Quite literally.

Aside from having to ask for extensions for the SAA and SAX annual reports, Gordhan must also ask for more time for Alexkor, the financially troubled state diamond miner that has begun retrenchments as it could not pay wages, according to a Public Enterprises briefing to MPs on 18 September 2019.

Transnet’s 2018/19 annual report rolled in at the last moment on 30 September, while the financially troubled arms manufacturer Denel tabled its report and financials on Tuesday, a day late.

Public Enterprises is one big headache, but it’s not alone. Also late, and now also having to make a ministerial request to Parliament for more time, was Human Settlements, Water and Sanitation. The merger between two departments would not have helped, particularly as Water and Sanitation under former minister Nomvula Mokonyane slid some R4-billion into the red.

In a déjà-vu of 2018 twists and turns, the South African Nuclear Energy Corporation (Necsa) also again did not table its documents by the end of September 2019.

Perhaps some of the 2019 delays were over a schism between the Necsa board and now former energy minister Jeff Radebe, who in December 2018 removed the board over legislative non-compliance and financial mismanagement. Three ex-board members took the minister to court, which in August 2019 found Radebe had acted unlawfully.

The board for the entity responsible for nuclear research and development, but also to process nuclear and restricted materials such as medical isotopes, has, according to documents Daily Maverick has had sight of, requested more time to submit the required financial details for the audit.

MPs are front and centre, given Parliament’s constitutional responsibility of scrutiny, oversight and holding the executive to account. DM