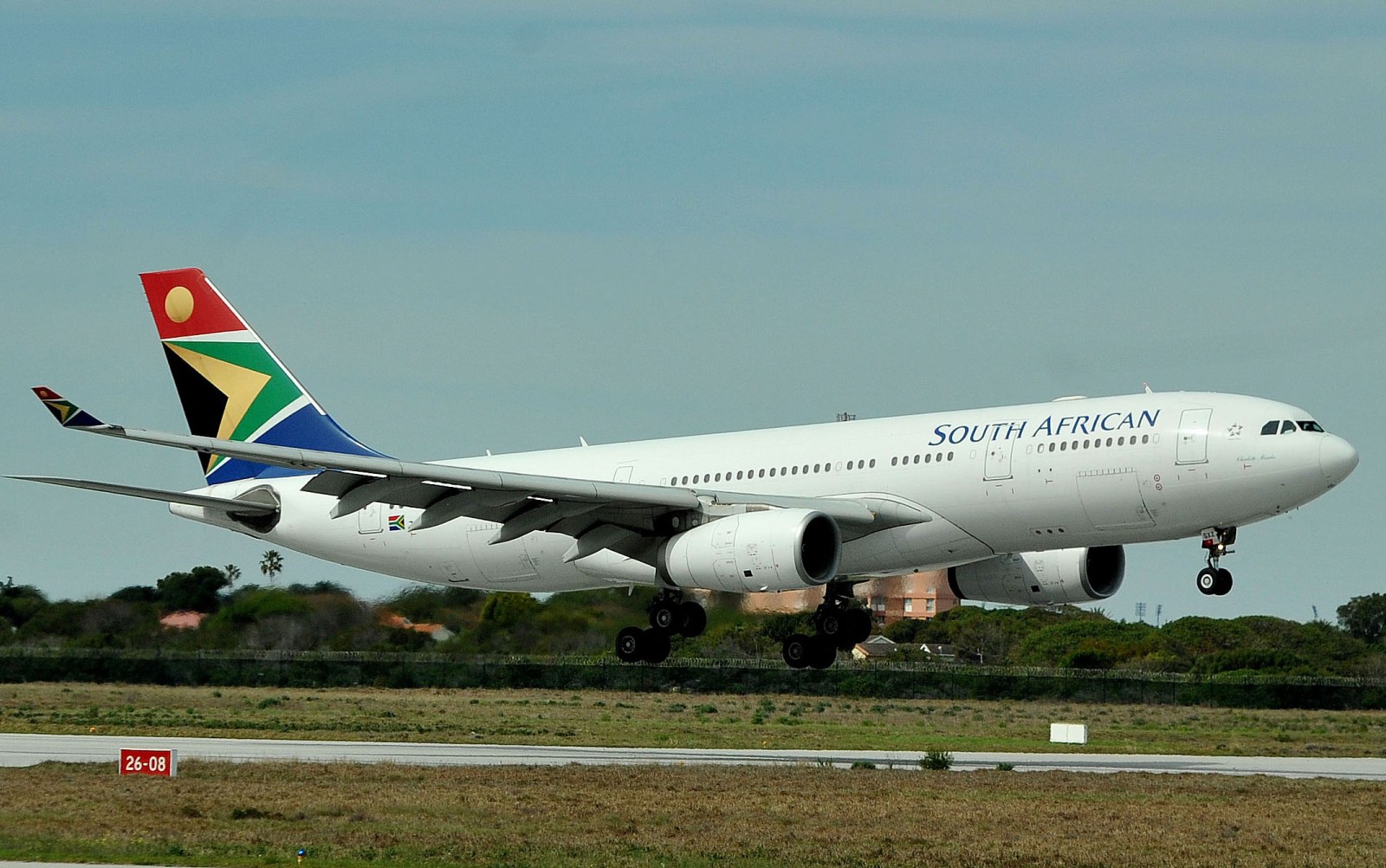 The SAA A330 aircraft lifts off at airport on September 04, 2018 in Port Elizabeth, South Africa. (Photo by Gallo Images / Netwerk24 / Lulama Zenzile)

Eleven government departments and entities missed the statutory deadline to table their 2017/18 annual reports in Parliament. As the midday deadline on Friday approached, the tally potentially looked worse, but as Cape Town’s noon gun echoed across the CBD most of the outstanding annual reports dropped. Tabling annual reports might seem like a paper-pushing exercise, but these are public finance accountability documents - and talk directly to departments’ and State-owned Entities’ financial and governance ethics.

Co-operative Governance (Cogta) did not make the Friday noon deadline to table its 2017/18 annual report as required by the Public Finance Management Act (PFMA).

While Transport finally caught up, a year late, and tabled the 2016/17 annual report of the Passenger Rail Agency of South Africa (Prasa) – it had not been tabled before due to multi-billion rand debt incurred amid rolling stock procurement irregularities – the current 2017/18 document did not make it by the statutory deadline to Parliament.

When annual reports are not tabled, it’s usually a signal that things are not well. Annual reports include financial statements and the auditor-general’s report on both financials and performance, alongside an audit opinion. These annual reports – the PFMA requires annual reports be tabled in Parliament within six months of the end of the financial year on 31 March – are part of the public finance oversight cycle for MPs, but also for civil society.

SAA has again not tabled its annual report due to outstanding audits – the national airline has faced governance and financial headwinds that last year saw government providing R5,2-billion in bail-outs to ensure going concern status – nor has SA Express, which last year also had missed the deadline.

And neither has Denel, which last year disputed the auditor-general’s findings that its financial statements were “technically incorrect”.

The South African Nuclear Energy Corporation (Necsa) – responsible for nuclear research and development but also to process nuclear and restricted materials for, for example medical isotopes – has not tabled 2017/18 annual report over a dispute with the auditor-general.

Neither has the energy department because of “complexity in governance” related to independent power producers (IPP).

Public Enterprises Minister Pravin Gordhan wrote to National Assembly Speaker Baleka Mbete earlier in September to explain the delays at the airlines and at the arms manufacturer, which no longer provides toilet paper, or “bathroom tissue”, to its aeronautics division staff – if that official memo shared on social media is to be believed.

Senior staff were not paid their full September salaries due to “liquidity challenges”, according to Reuters.

“… (A)s these audits on these entities are still being concluded after which they must still be reviewed and finalised by the audit committee and boards… I therefore wish to inform the Honourable Speaker that, in light of the above-mentioned situation, I am not in a position to table to SA Express, SAA and Denel annual reports…”

Energy Minister Jeff Radebe last week followed suit with an official written explanation and request for extension. “… (D)ue to the complexity of governance matters of the IPP (independent power producers) Office that must be accounted for in the annual report” the auditor-general’s report remains outstanding – and the departmental annual report delayed.

Necsa had called on Radebe and Finance Minister Nhlanhla Nene “to assist in the finalisation of their audit as they have not reached an agreement with the auditor general…” The aim was to table the Necsa annual report by 15 February 2019, Radebe wrote to Mbete.

On Friday Cogta Minister Zweli Mkhize joined his Cabinet colleagues in explaining. The department’s 2017/18 annual report was not tabled due to “unavoidable actions that still had to be performed related to the Community Work Programme (CWP) assets”, according to an official statement from his office.

The statement confirmed the minister had written to Parliament, saying the department’s annual report would be tabled by the end of November, with the National Disaster Management Centre 2017/18 annual report to reach Parliament by the end of October. It was unclear when the Municipal Infrastructure Support Agent (Misa) documentation would be tabled.

Mkhize’s letter to the Speaker, like those of Gordhan and Radebe earlier, will be published in the Announcements, Tablings and Committee Reports (ATC), or Parliament’s work record.

Transport Minister Blade Nzimande is expected to write to Mbete about Prasa and also the Air Traffic and Navigation Services.

Sometimes there’s confusion. Small Business Development Minister Lindiwe Zulu in her capacity as acting trade and industry minister, on 25 September wrote to Mbete to say the National Lotteries Commission 2017/18 annual report was delayed “due to unforeseen issues”. The next day, however, that annual report was tabled by the Trade and Industry Minister, according to the ATC of that day.

Daily Maverick is reliably informed that by Friday mid-morning, key departments like Health, Social Development, Mineral Resources and Correctional Services had not tabled their annual reports. The Presidency on Thursday issued a statement saying its 2017/18 annual report had been tabled, but the Planning, Monitoring and Evaluation Department headed by Minister in the Presidency Nkosazana Dlamini-Zuma left it to the last minute, alongside the National Youth Development Agency (NYDA) that falls under the Presidency.

It has become established practice to table annual reports closer to the end of the six-month deadline at the end of September, rather than earlier. But in law there’s nothing stopping anyone from tabling these reports, say even just one or two days after the end of the financial year on 31 March.

Among the first, if not the first, 2017/18 annual reports to drop was that of the South African Reserve Bank (SARB) in August 2018. Among the data included this year were the outcomes of the reputational survey the bank undertakes every two years, which noted that the awareness of the SARB by the general public remained low.

Now it’s up to committees in Parliament to process these annual reports leading to what’s known as the budget review and recommendations reports (BRRRs). These are meant to assess a department’s financial track record, service delivery and performance as part of Parliament’s Budget oversight, with reference also to the departmental strategic plans that are tabled earlier in the year.

These BRRRs must be finalised before the adjustments Budget of the Medium-Term Budget Policy Statement (MTBPS), to be delivered on 24 October 2018, is adopted in the National Assembly, usually in late November.

MPs return to Parliament on 9 October after another of the extended constituency periods accommodated in the parliamentary calendar ahead of the 2019 elections.

In the wake of State Capture revelations, not only through #GuptaLeaks but also before the Zondo Commission of Inquiry, and with a society restive in tough economic times, the pressure is on to maintain oversight and executive accountability. DM