SAA: Another 48 hours, the lifeline edition 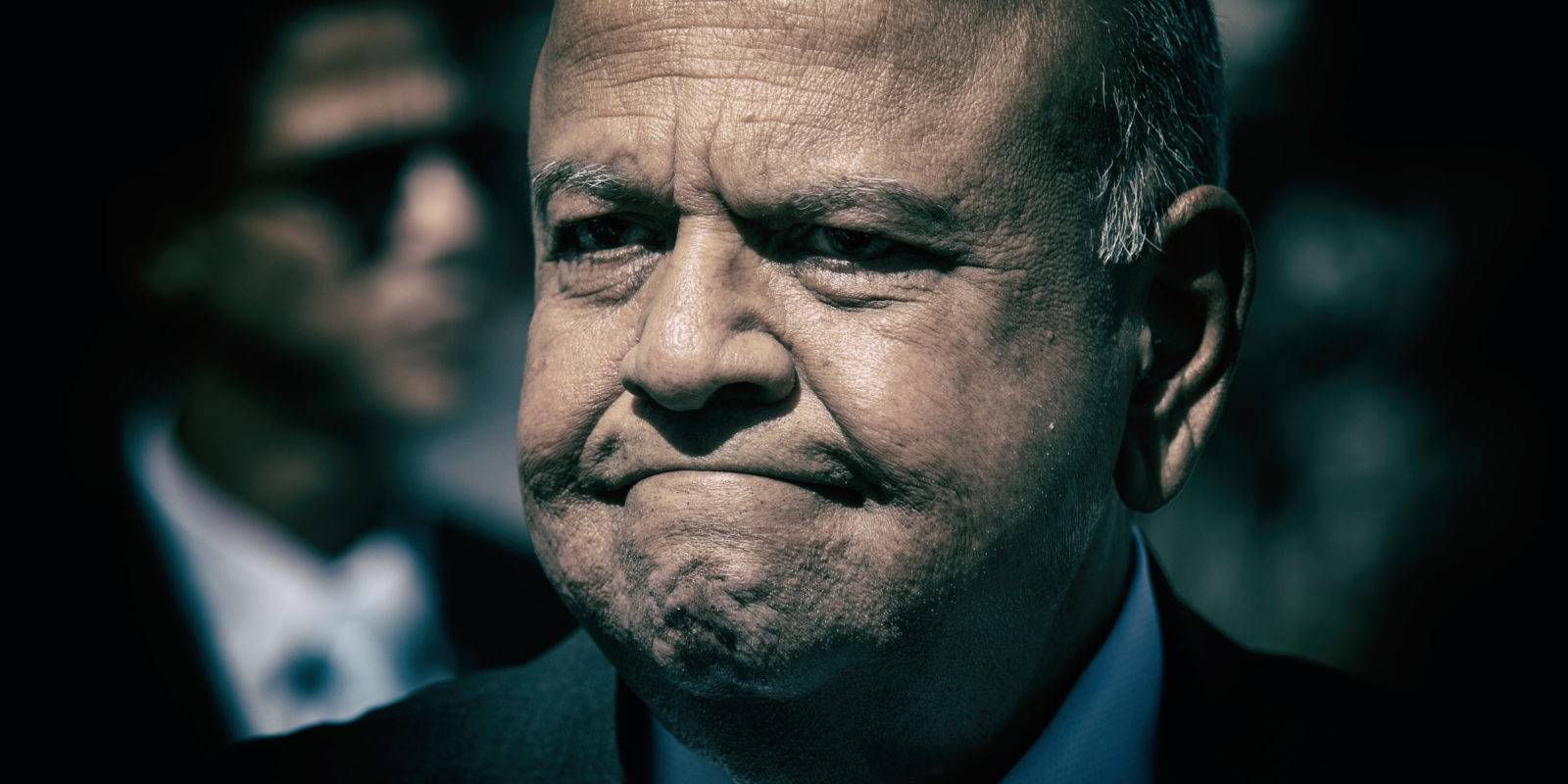 The next 48 hours are key for SAA. Public Enterprises Minister Pravin Gordhan is set to meet business rescue practitioners, primarily to find money to keep the troubled airline afloat.

The outcome of that interaction, the minister told lawmakers, was that from the business rescue practitioners’ side now came “some indication there’s some flexibility, if we can find savings”.

And so the meeting between Gordhan, representing government, or SAA’s sole shareholder, and the business rescue practitioners over the next two days is key to SAA’s future.

“In the next 48 hours we are meeting with the business rescue practitioners to discuss finances, how much money can be found to carry on beyond 8 May,” Gordhan told the parliamentarians.

“There should be no fire sales of any assets… nor should there be any movement to liquidation.”

It’s been a tense relationship since SAA was put into business rescue in early December 2019. A business rescue plan to cut all but the Johannesburg-Cape Town domestic route sparked a backlash, including political pushback, and the plan was shelved. Ditto, the first announcement of retrenchments that was paused in April.

Gordhan did not hide his SAA vexations during Wednesday evening’s parliamentary briefing.

Sticking points included access to information, and how the business rescue practitioners – they were never named by name – had spent the R5.5-billion made available for SAA since December 2019.

Where the business rescue practitioners had a statutory obligation to consult the shareholder – government, as represented by Gordhan – but “that hasn’t entirely been the case”, according to the public enterprises minister.

“We are questioning what has been spent [of the R5.5-billion],” Gordhan told lawmakers, citing the example of R30-million to R35-million paid to a US aviation consultancy.

“We haven’t seen the product. We want full access so we can evaluate whether we got value for money.”

Neither seems the official call for various contracted accountants, consultants and others to take a 40% cut in fees.

Instead, Gordhan told lawmakers it had been the trade unions that had come to the party “with magnanimous gestures” – including a pay cut staggered according to income levels, with higher earners taking a bigger cut.

Gordhan and his team met trade unions for a workshop on routes, maintenance and airline design 24 hours earlier on Tuesday.

But SAA would be restructured, maybe get a strategic equity partner – “some are suspect, some are vacuous, some may be of substance,” said Gordhan – in what remains a work in progress. “The old SAA… will not exist into the future.”

These moves come days after a rather flowery statement from Public Enterprises announcing an “SAA leadership compact” to ensure a sustainable national carrier emerges after the coronavirus pandemic.

“Now, with the Covid-19 storm surging around us and the fog of economic uncertainty descending, a new and bold approach is required if there is to be any chance that South Africa can retain vital airlift capacity and trade connections, through a strategic national asset, with both public and private sector participation…”

SAA has always been at the centre of turmoil – both political and financial.

After bailouts of over R15.7-billion just since June 2017 – R9.2-billion has been set aside in the Budget to ensure maturing loans can be repaid – the money dried up in April 2020. But the political pressure remained; the ANC in January 2020 was adamant South Africa needed to maintain a national flag carrier.

And so it’s understandable why Gordhan would turn to trade unions for support to keep a national carrier in the air. It’s part of President Cyril Ramaphosa’s push for social compacting.

A more consensual approach to retrenchments is being charged, with what unions have for years demanded – their voices to be heard.

Agreement has been reached that not all workers would return, but measures under discussion include job sharing, using the Unemployment Insurance Fund (UIF) and putting together “a social plan with various dimensions that will look after the welfare of labour”.

But SAA would be restructured, maybe get a strategic equity partner – “some are suspect, some are vacuous, some may be of substance,” said Gordhan – in what remains a work in progress. “The old SAA… will not exist into the future.”

But that South Africa would continue to have a national flag carrier was made clear on Wednesday evening. And the business rescue process would get there, making the meeting with Matuson and Dongwana central. Or as Gordhan put it:

And that’s just about the last word Gordhan got in because the parliamentary public enterprises committee meeting collapsed amid EFF parliamentarians’ continued interruptions of asking questions and ANC retorts. If the meeting was formally closed by one of the two co-chairpersons, no one paid attention and the political squabbling continued until eventually at 9.12pm the link was cut to the virtual meeting platform.

And while the spread of the coronavirus has affected just about every sector everywhere globally, South Africa’s hard Covid-19 lockdown has benefited at least one entity – Eskom.

Demand has dropped by on average 7,500 megawatts, dipping at one time by 9,000MW, as the lockdown has wiped out the morning peak while the nighttime demand dipped even deeper.

And remodelling of the outage scenario once the lockdown ends, shows the anticipated 31 days of Stage 1 rolling planned outages were reduced to three days.

Said De Ruyter: “I daresay there are further opportunities for us to improve on those three days of load shedding, of course, the longer that the lockdown continues”. DM