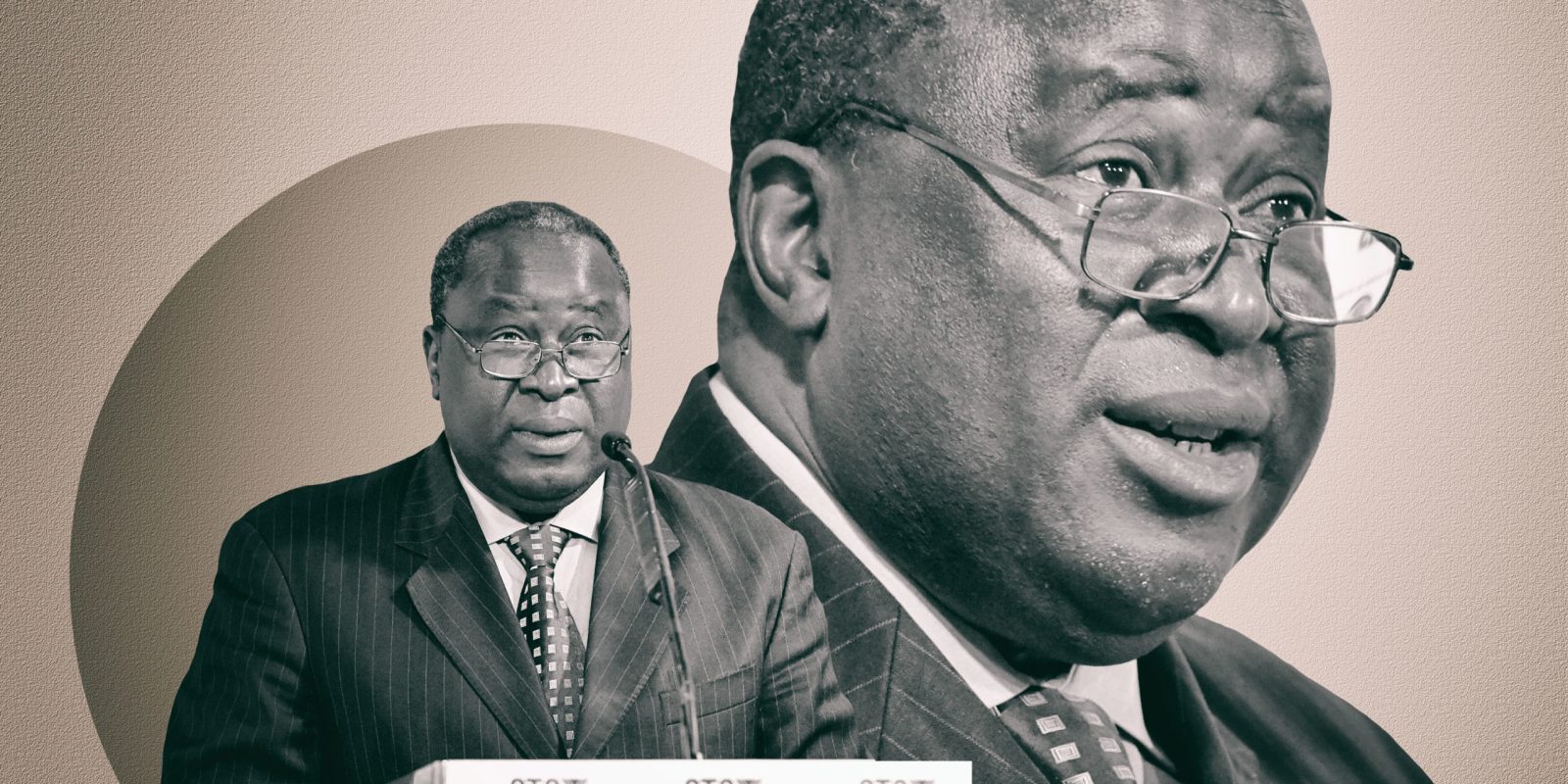 Finance Minister Tito Mboweni grimly warned of a debt crisis if no action was taken. While exact numbers were put to the Covid-19 measures for, among others, small businesses, workers and vulnerable households, Wednesday’s unprecedented supplementary Budget left much unanswered.

It was a mash-up of metaphors. If the emergency Covid-19 Budget, officially South Africa’s first Special Adjustment Budget, were an English essay, it would be marked down. But the mixed metaphors were apt for the messiness of Covid-19 lockdown.

The metaphors ranged from the wide-open hippo mouth illustrating the gap between income and spending, the resilient aloe waiting patiently for a better time to bloom, to the Gospel-inspired passage through the “narrow gate” to life.

Finance Minister Tito Mboweni pulled no stops to ram home his message – South Africa must act now to ensure bankruptcy is staved off, and deal with its debt that will hit R4-trillion in 2020.

The proper financial jargon is sovereign debt crisis, or the point at which South Africa can no longer fund its spending. Pegged to occur in 2024, Mboweni made a case for a roadmap that would prevent this scenario – debt would reach just 87.4% of gross domestic product (GDP) that year, after hitting 81.8% in 2020, up from the just over 65% predicted in February 2020.

“Debt is our weakness. We have accumulated far too much debt; this downturn will add more. This year, out of every rand that we pay in tax, 21 cents goes to paying the interest on our past debts,” Mboweni told MPs from a virtual platform in a hybrid session of the National Assembly.

“A sovereign debt crisis is when a country can no longer pay back the interest or principal on its borrowings. We are still some way from that. But if we do not act now, we will shortly get there.”

And acting now meant adopting zero-based budgeting, or allocating funds only after scrutinising costs and benefits for a particular period. It was here the Gospel citation of the “small gate and narrow road” was invoked.

“Cabinet, under the leadership and guidance of the president, has found the narrow gate. Government shall go through it. This is about the same time that our Aloe ferox will flower for the first time. As any farmer will tell you, patience and focus are required!”

But pain lies ahead.

As Mboweni said in line with his mantra from earlier in June when Parliament passed February’s Budget, a statutory requirement so Wednesday’s emergency Budget could happen: “After all, we are not as rich as we were 10 years ago.”

That’s clear from the numbers. A tax collection shortfall of R304.1-billion, largely on the back of Covid-19 hard lockdown business closures, job losses and trade restrictions, has ripped a hole in the assumptions of February’s Budget.

To get out of the real risk of a sovereign debt crisis – and to achieve the targeted primary surplus by 2024 – savings of R230-billion must be found over the next two years, and tax proposals to generate about R40-billion over the next four years are expected in the 2021 February Budget.

But that’s where the unanswered questions come in.

Touting debt stabilisation and even building a primary surplus within four years has been described as nonsensical, much like announcing zero-based budgeting as the silver bullet.

“National Treasury has presented two equally unlikely scenarios – an active and a passive one which is going to confuse investors. Cabinet resolve to stabilise debt by 2023/24 is not credible because you can’t just decide to do these things. You have to take the necessary decisions to achieve that, and this will not be possible,” said Intellidex analyst Peter Attard Montalto.

“It is unrealistic because the massive bun fight around zero-based budgeting won’t easily be resolved.”

“The speech sounded like more of a plea to his own party to support the stalled economic reform agenda, rather than a detailed plan for how to avoid a full-blown sovereign debt crisis. Without this detail, the speech lacked credibility,” Hill-Lewis said in a statement.

“In short, if the government does not implement far-ranging economic reform now, the economic crisis will be far worse than previously thought. But this government has made no progress on fundamental reform to date.”

“We do not need more plans, we need implementation and we need the executive to walk its talk on getting things done and correcting the basics whilst simultaneously addressing our social issues and improving the lives and livelihoods of all South Africans.”

“The biggest hurdle to overcome is the government’s enormous debt burden. Its liabilities already far exceed its assets, and no plan can ensure success unless the government’s wage bill and the bottomless pits of public enterprises are addressed. As long as the government remains unwilling to do this, no so-called economic ‘roadmap’ can save the country from utter fiscal ruin.”

What Wednesday’s Special Adjustment Budget outlined was from where and to where the reallocations across government that are part of the R500-billion package President Cyril Ramaphosa announced on 21 April will go.

“We applaud the clear commitment he has made to fiscal discipline that will save South Africa from a debt crisis. But we urgently need more clarity and guidance on how economic growth is going to be delivered through policy reform.”

And labour federation Cosatu was “disappointed” and “disheartened”, given that this was not a stimulus Budget even if the emphasis on infrastructure was welcomed.

“We are now in danger of entering an economic depression and the scariest thing is that government does not have a plan. This Budget only served to remind us that as workers, we are on our own and the policymakers have no idea what they are doing,” said Cosatu.

What Wednesday’s Special Adjustment Budget outlined was from where and to where the reallocations across government that are part of the R500-billion package President Cyril Ramaphosa announced on 21 April will go.

And so from the rejigged government finances, Health gets R21.5-billion, plus another R13.6-billion for frontline services such as Covid-19 modelling and testing. R40.8-billion goes in various grants to vulnerable households. Other allocations include R20-billion to local government, R12.5-billion for education, R5.9-billion to public entities like South African National Parks and the Passenger Rail Agency of South African (Prasa) to, according to the Supplementary Budget Review, “replace revenue lost during the lockdown and prevent large job losses”. And R19.5-billion is set aside, unallocated in a kind of reserve kitty.

A tired and sombre looking Mboweni on Wednesday described the emergency Budget as “a bridge” between the shattered forecasts and assumptions of February’s main Budget and October’s Medium-Term Policy Statement (MTBPS).

But Wednesday wasn’t just about pain, and numbers. It also foreshadowed the political contestation ahead.

Nothing was said about more money for public servants. Mboweni left that to Public Service and Administration Minister Senzo Mchunu, who must negotiate the next three-year wage deal amid pressure to slash R160.2-billion off the public wage bill.

Nothing was said about SAA. Mboweni left that to Public Enterprises Minister Pravin Gordhan, who has called on creditors to support the SAA business rescue plan, which may cost South Africa another R10.3-billion in bailouts, but without which SAA goes into liquidation in direct opposition to governing ANC wishes to maintain a national flag carrier.

A tired and sombre looking Mboweni on Wednesday described the emergency Budget as “a bridge” between the shattered forecasts and assumptions of February’s main Budget and October’s Medium-Term Policy Statement (MTBPS).

And he asked what happened with the Regulation 28 bit that had gone missing from his speech overnight: “You made me memorise it and then it disappeared,” said Mboweni to his speechwriter at the post-supplementary Budget briefing.

Regulation 28 is a reference to the Pension Fund Act provision that limits the exposure pension funds may have in certain assets in order to protect investors. Any changes to this provision may make it easier for, say, the Government Employees Pension Fund that makes up the overwhelming majority of the Public Investment Corporation’s R2-trillion under asset management, to invest in Eskom, or infrastructure projects.

A PIC investment in Eskom has been in the making since January 2020, and was recently confirmed as close to finalisation at the National Economic Development and Labour Council (Nedlac).

When Mboweni pointed out the missing bit on Regulation 28, his director-general, Dondo Mogajane, quickly stepped in to shut down that conversation: “We decided we will ease it in properly.”

It was the strongest signal yet that with Wednesday’s supplementary Budget done and dusted, October’s MTBPS may hold some surprises. DM