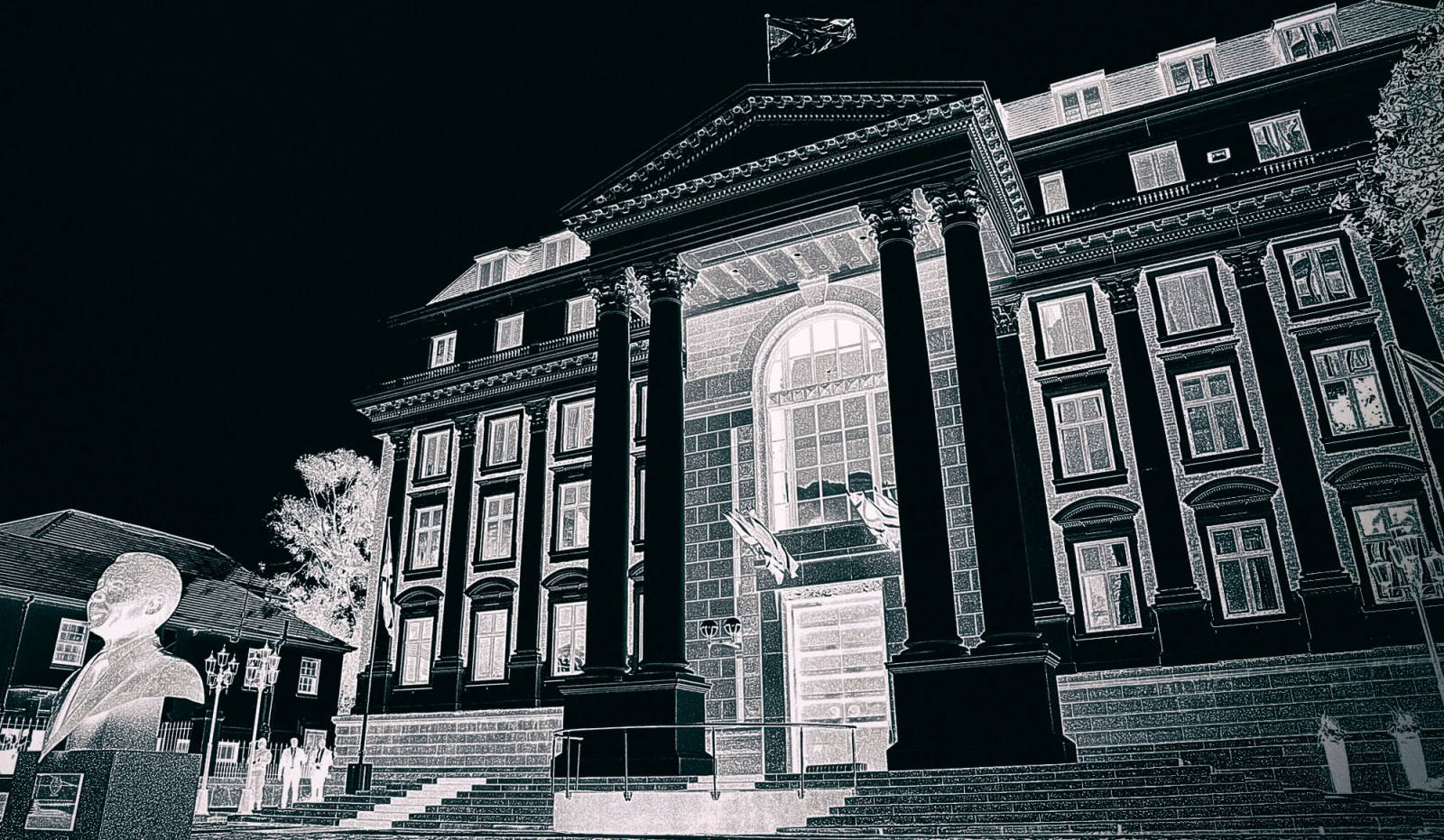 Wednesday will be the second day Nedlac discusses the Cosatu proposal that the Public Investment Corporation, the government-owned asset manager of some R2-trillion of government employees’ pensions and social savings, should step up to take over at least R250bn of Eskom debt. (Photo: Daily Maverick)

It’s Day Two of Nedlac discussions on Cosatu’s proposals to use government workers’ pension and social savings to slash Eskom’s R450-billion debt. That it got here means the pitch first tabled on Monday is being taken seriously. And this highlights the depth of the Eskom crisis — a new twist that unravelled before Parliament’s spending watchdog, Scopa.

That Monday’s discussions at the National Economic Development and Labour Council (Nedlac) are continuing on Wednesday 5 February 2020 is a good thing. It means government, business and organised labour are talking — even if at this stage it’s just a process to agree on processes to deal with the Eskom mess.

Hopefully, this will happen before the State of the Nation Address on 13 February 2020, so President Cyril Ramaphosa can make a constructive announcement, to be backed up in the Budget on 26 February. All that in good time for the Moodys’ decision at the end of February, a key date as the rating agency is the last that has kept South Africa clawing to investment grade.

Basically, Cosatu told Nedlac on Monday that everyone loses out when Eskom implodes. Or as Cosatu’s presentation, seen by Daily Maverick, put it:

“It (Eskom) threatens not only to implode the state, but also the economy. Not only are the jobs of 44,000 workers at Eskom at risk, but in fact, all 12 million South African workers (are), in the event of Eskom collapsing.”

In an imploding economy, no business will make any profit off anything, while for the government there’s not that much left to govern.

Wednesday will be the second day Nedlac discusses the Cosatu proposal that the Public Investment Corporation (PIC), the government-owned asset manager of some R2-trillion of government employees’ pensions and social savings, should step up to take over at least R250-billion of Eskom debt.

There’s also talk of the involvement of the Industrial Development Corporation (IDC) and Development Bank of Southern Africa (DBSA), which most recently injected R3.5-billion into SAA’s business rescue — to the apparent dissatisfaction of executives and some on the board, if the grapevine is to be believed.

The IDC and DBSA involvement is a throwaway line in the Cosatu proposals that centre on PIC involvement to slash Eskom debt from R450-billion to R200-billion — even if it’s all a bit fudgy in parts — like talking of a special purpose vehicle without too many details rather than, say, a debt swop.

However, a role for the PIC to reduce Eskom’s ballooning debt is not new. As far back as July 2018 top ANC officials were considering a debt swop, turning R120-billion in PIC loans into equity.

The notion was ultimately dropped, even as top Eskom executives were lobbying hard for a debt swop ahead of the 2019 Budget. Instead, Finance Minister Tito Mboweni announced an extra R23-billion every year over the next decade, followed within months by a bailout of R59-billion over three years.

Cosatu, with about one million public-sector workers, is the largest contributor to the Government Employee Pension Fund (GEPF), which in turn holds the majority stake at just over 86% in the PIC. For this reason, Cosatu’s proposals are putting its members’ money where its mouth is. Others are not so keen: while Fedusa and National Council of Trade Unions (Nactu) are starting their internal processes, Solidarity is on public record as opposing a move to use workers’ pensions.

“Everyone has to come to the table. Sacrifices will be required,” said Parks, adding it was crucial for the prosecution of managers who had broken Eskom, and the return of illegally gained benefits.

“A non-negotiable is a comprehensive public forensic audit. If we put members’ pensions at stake, that’s the least we need. Other fundamental conditions are no job losses and no retrenchments.”

The Cosatu proposals up for discussion for a second day are very clear on these key points — tough action against Eskom corruption and not one job lost for any worker — but also others such as the move to pre-paid electricity meters alongside a no-nonsense debt repayment for all.

“There must be no exceptions. Treasury must simply deduct monies owed to Eskom by departments, SOEs and municipalities from their budget allocations and directly transfer it to Eskom.”

Coincidentally, that direct transfer to Eskom — both to settle debt and to prevent a repeat — is becoming a reality, although not because of National Treasury, but Public Works and Infrastructure.

On Tuesday Parliament’s public spending watchdog, the Standing Committee on Public Accounts (Scopa), was told Public Works had already written to all departments — it’s a devolution letter, in bureaucrat-speak — that they’d be responsible for settling their Eskom and municipal services accounts directly.

Eskom’s municipal debt stood at R26.8-billion, it emerged in the power utility’s briefing on 31 January 2020. Four days later, on Tuesday, exactly who was responsible for what was no longer quite as clear.

“Municipalities report inflated debt,” Public Works and Infrastructure Minister Patricia de Lille told MPs, who also received documentation showing how, out of the R1.9-billion debt municipalities claimed for Eskom and municipal services, only R189-million could be verified and substantiated.

Cited were Bushbuckridge in Mpumalanga that claimed R925.5-million in debt to Eskom, but only R6.9-million could be reconciled and verified. A Limpopo council that claimed debts of R362.2-million could verify only R1.3-million. And in Gauteng’s Emfuleni municipality, the R185.9-million claimed owing for Eskom and municipal services could not be backed up by any documents, making it possible “the amount could be far less”.

These discrepancies emerged since June 2019 when Public Works began a reconciliation and verification process into the just more than R3-billion it was publicly said it owed to Eskom.

Such discrepancies should send shocks through the government system. Effectively, these discrepancies can be regarded as fraud. That’s because these municipal debt claims were made in Section 71 reports, legally required under the Municipal Finance Management Act (MFMA) to be also signed off by the municipal accounting and financial officers.

Scopa on Tuesday agreed that urgent interactions with other departments on this municipal debt to Eskom had to be scheduled, given the crisis at the power utility.

“The integrity of financial management of local government is called into question even further. What this demonstrates is the extent of the corruption,” Scopa chairperson Mkhuleko Hlengwa told Daily Maverick, highlighting the Eskom crisis. “This is of deep and grave concern.”

Concern related to Eskom in all its crises is doing the rounds.

On Monday, the concern was over the R27.2-billion Eskom wants to claw back through the regulatory clearing account (RCA) — a mechanism for retrospective claims for unexpected and uncontrolled costs — over and above the annual tariff increases.

Already facing off in courts over tariffs with the National Energy Regulator of South Africa (Nersa), on Monday, the discord was on show at the Cape Town public hearings. Eskom general manager for regulation, Hasha Tlhotlhalemaje, argued the extra tens of billions were needed because more diesel than initially assumed was burnt and more, pricier, coal bought to keep the lights on, while the 6,000 employees it had expected to lose had in fact stayed on.

But very few, if anyone, agreed with Eskom. Instead, the high cost of electricity, including the more than 400% tariff increases over the past decade, was emphasised as a burden to consumers and businesses, alongside rolling power outages, in presentations from AgriWestern Cape, OUTA (Organisation Undoing Tax Abuse) and the Southern African Faith Communities Environment Institute (SAFCEI). Even the statutory South African Local Government Association (Salga) concluded its presentation with “Eskom cannot be allowed the total amount it claims…”

All pointed to corruption at Eskom, which was central to State Capture and to this day faces persistent criticism that hundreds of its staff are, unlawfully, doing business with the power entity.

Coincidentally, the cost of rolling power outages is widely estimated to cost the South African economy R2-billion a day. In January 2020 the CSIR (Councils for Scientific and Industrial Research) Energy Centre quantified the cost of rolling power outages in 2019 at between R59-billion to R118-billion. That’s worse than the previous worst year of 2015, when losses are estimated at up to R116-billion, according to the study, “Setting up for the 2020s: Addressing South Africa’s electricity crisis and getting ready for the next decade”.

It is this impact on the South African economy, and its labour force, that seems to have Cosatu urging social compacting at Nedlac.

Cosatu’s Monday Nedlac presentation talked about the labour federation’s proposals as a way for Eskom to get breathing space to right itself.

“We do not have the luxury of time. Lamenting may be therapeutic, but it will not keep the lights on, nor will it save a single job,” says the document.