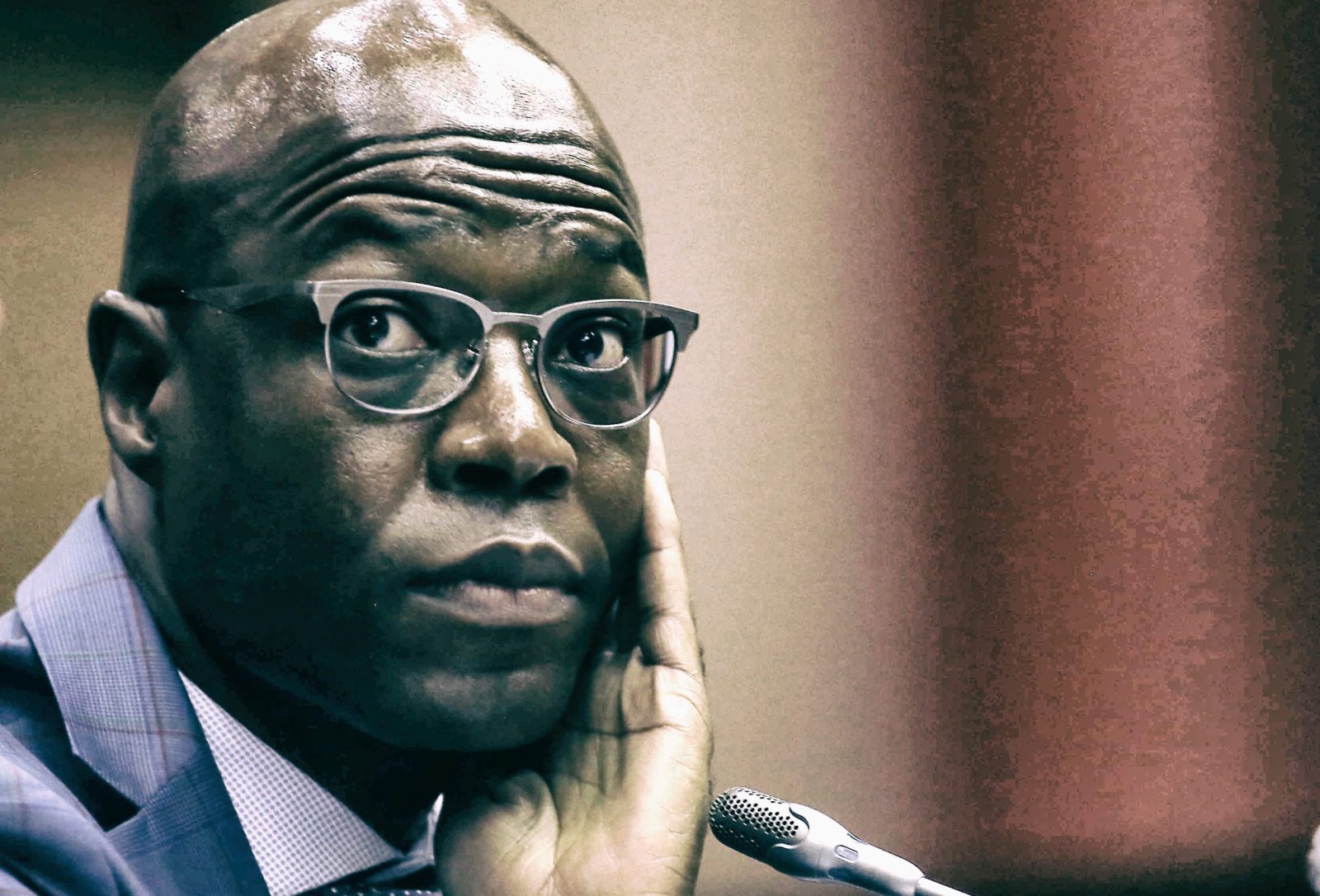 What really took place during meetings at Melrose Arch and at a Midrand fast-food outlet on 10 March 2015, a day before the Eskom board suspended four senior executives, was challenged at the Zondo Inquiry into State Capture by former group executive for the technology and commercial division Matshela Koko on Thursday evening.

Koko was the only one of the four suspended executives who got his job back a few months later.

Former project manager at Eskom’s Kusile power station Abram Masango has also testified that Koko called him to a meeting with Essa at Melrose Arch, while former Eskom executive Nonkululeko Dlamini (née Veleti) has told the commission Koko also called her that day, asking her to meet him at Melrose Arch, but she could not do so because she was attending an important finance meeting. Dlamini said he asked her to send him her CV and they met at a Midrand fast-food outlet later that day where he told her about the pending suspensions, and that she would be appointed as acting finance director.

The suspensions – believed to have been ordered by then-president Jacob Zuma as a way to place Gupta allies in the state utility to further State Capture, and resulting in the appointment of Gupta lackey Anoj Singh as Eskom CFO and Brian Molefe as CEO – have surfaced in numerous testimonies before the commission. It is alleged Koko had prior knowledge of the suspensions and played a role in facilitating the State Capture network. He, along with Daniels, are among 12 people who have received summons from Eskom and the Special Investigating Unit, including Essa, and the three Gupta brothers – Rajesh, Atul, and Ajay – in a bid to recover R3.8-billion related to the Guptas’ acquisition of Optimum Coal Holdings in 2015/16.

In a spirited defence, Koko provided the inquiry, chaired by Deputy Chief Justice Raymond Zondo, with his version of events during a three-and-a-half-hour evening sitting on Thursday.

“I’ve been criminalised and criticised, I’ve been condemned, called names. My son comes back from school and I feel for him,” said Koko, who was backed up by Advocate Frans Barrie SC.

“Your investigations are following people, not the evidence. Because if it is following the evidence, different people would be sitting where I’m sitting,” he said to Judge Zondo.

While he admitted to being at Melrose Arch on 10 March 2015 (“I like the place,” he said) he denied introducing Daniels to Essa. He said he had heard about imminent suspensions, including his own, and was upset.

Koko denied Masango’s version, as presented by evidence leader Advocate Pule Seleka SC, that he had called Masango to Melrose Arch and asked him to hand over his cellphone before taking him into a meeting with Essa, where they talked about the planned suspension of four executives, three of whom would not return to Eskom.

Seleka also challenged Koko with Dlamini’s testimony that when she met him in Midrand late that afternoon, he told her about the impending suspensions, asked her to send him her CV, and told her she would be given the position of acting financial director.

Koko, who described Dlamini as a family friend, said she had told him she was looking for another job and that she had prepared her CV. When he told her what he knew about the impending suspensions, the subject of her taking the position of acting financial director was mentioned in jest since she was the most likely candidate.

As to how he knew about impending suspensions, he said he had clashed with then board chairperson Zola Tsotsi over the suspension of senior commercial general manager Malesela Sekhasimbe, who he claimed was in cahoots with Tsotsi over R69-million Tsotsi wanted paid to Sumitomo Corporation Africa for the supply of transformers.

Koko claimed to have had numerous conversations with Matona during the preceding days, about Tsotsi sending Matona SMS messages threatening to suspend them both if they did not lift Sekhasimbe’s suspension. However, Koko would not do so as Tsotsi was not supposed to get involved in operational affairs. Additionally, there was no need for the transformers, and no order number had been signed.

Thus, he said, he was expecting a showdown when the board met on 11 March, but did not know about the planned suspension of Molefe and Morokane.

Asked by Seleka why he did not argue this case before the board, and bring to light Tsotsi’s overreach, Koko said that when he walked into the meeting the reason the board gave for his suspension was alleged sabotage of Eskom’s generating capacity, leading to the need for diesel generators and the resultant cost of R1-billion in diesel purchases. He said this was a serious allegation and he took the board at their word.

“The sabotage charge threw me,” he said, later adding: “I now know that reason is far fetched.”

Pressed by Judge Zondo as to why, when he was on friendly terms with Daniels, Masango and Dlamini at the time, they would all conspire to lie about him introducing them to Essa, Koko said it was now, when he no longer had relationships, that they were lying.

“Are you saying they conspired?” asked the judge, to which Koko replied: “Yes.”

Koko brought up the matter of Masongo, who he said he mentored, having been arrested in 2019 on charges of fraud and corruption and being out on R30,000 bail.

Then, in criticism of the commission, in which he was joined by Barrie, asked why weight was given to testimony from “a potential criminal who may go to jail” and why the commission was not investigating Masango for his role in State Capture, as the allegations were public knowledge.

Judge Zondo replied that an invitation for submission of such evidence had been advertised and it was up to Koko to bring it before the commission.

“In South Africa levels of corruption are so huge,” the judge said. “If the commission were to follow every allegation of corruption we’d be here for 100 years.”

Zondo said Koko was scheduled to continue his testimony on 11 December. DM