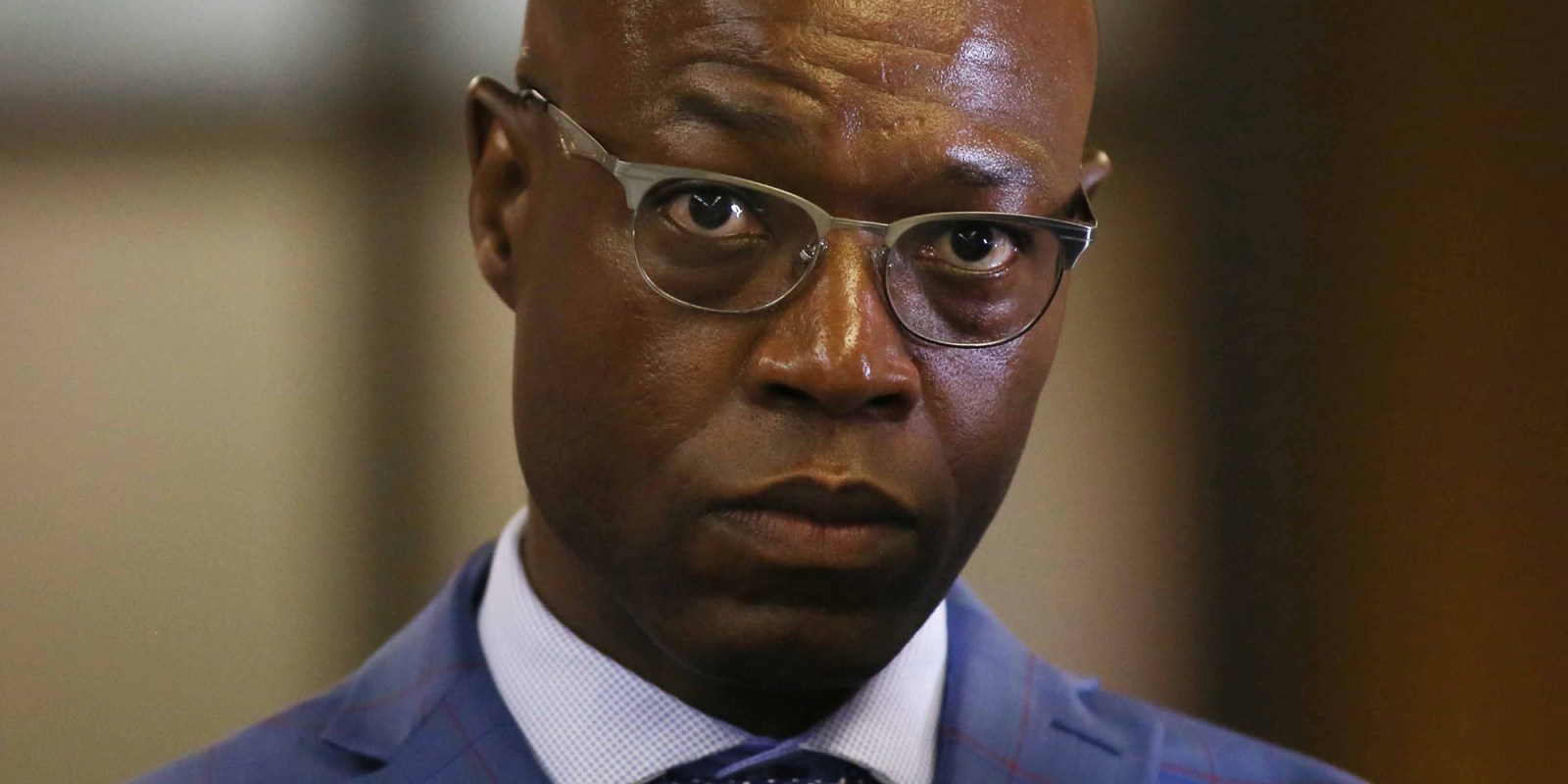 A second witness of late has detailed Koko’s actions in early March 2015.

Dlamini said Koko wanted her to meet him at Melrose Arch. As she was attending a vital finance strategy session, said Dlamini, she could not meet Koko right away.

Her version placed Koko at Melrose Arch, where Daniels says she met Koko, who introduced her to Essa the same day. Koko disagreed with Daniels on the reported meeting with Essa.

According to Dlamini, Koko phoned her the same day as the Melrose Arch meeting between Daniels and Koko.

“The way he indicated that it was urgent, it sounded like he was already there,” said Dlamini.

When Koko learnt Dlamini could not meet him immediately, he allegedly asked Dlamini to email her CV to him.

Dlamini testified that Koko followed up on his request later that afternoon and provided her with a second email address. “For an executive to ask for your information like that was not frequent,” she said.

Advocate Pule Seleka SC, who is leading evidence on Eskom, quizzed Dlamini on whether she asked Koko to source a job for her, and if she knew where her CV was going.

To both questions, Dlamini replied, “No.”

While she could not meet Koko during the day, Dlamini reported they met at a fast food outlet in Midrand around 5:30 that afternoon.

On Koko’s version (as reflected by Seleka), he agreed he met family friend Dlamini for dinner, but disputed certain details of her story.

On Thursday 12 March 2015, the board chair announced that, despite no suspicion of wrongdoing, four executives were stepping aside.

Zola Tsotsi told journalists, “To ensure that this process is as transparent and uninhibited as possible, the board has also resolved that four of its senior executives […] should step down for the duration of this inquiry.”

Eskom was among the focus areas of Madonsela’s investigation. Political pressure on Eskom came right from the top. According to consultant Nick Linnell, the notion of an investigation at Eskom came from then president Jacob Zuma.

The same day Tsotsi announced the suspensions, Eskom’s company secretary informed the acting replacements of their promotions. Dlamini was among the new hires.

“Were you surprised that you were appointed as acting FD?” asked Deputy Chief Justice Raymond Zondo.

Dlamini said she was surprised, despite the discussion with Koko two days before. She resigned from Eskom months afterwards.

In contrast, Koko managed to bounce back from his suspension by mid-2015. In early 2019, former Eskom board chairperson Jabu Mabuza testified about Koko’s actions after his return.

Mabuza alleged that Koko sent sensitive and privileged information about Eskom to the [email protected] email address. Gupta ally Salim Essa is thought to have either managed, or at least enjoyed access to, the email account.

During her September 2020 appearance before Zondo, former Eskom legal head Suzanne Daniels described the email address as a portal for information (hence the name).

She told Zondo she believed various individuals accessed the inbox. Daniels was fired on Friday 20 July 2018 due to adverse findings in a disciplinary inquiry into her conduct.

On Tuesday 16 September 2020, she testified that Koko met her at a Melrose Arch restaurant on Tuesday 10 March 2015. From there, she said, they walked to a nearby office complex and up to what she would learn was Essa’s office.

Daniels claimed Essa introduced himself as adviser to then minister of public enterprises Lynne Brown, a position he did not formally hold. Essa allegedly asked for her advice on how to suspend Eskom seniors.

According to Daniels’s version, Essa predicted four executives, including Koko, would soon be suspended.

In a written submission, Koko contradicted Daniels’s version, saying he and Daniels remained at the Melrose Arch restaurant to discuss his impending suspension. According to Daniels, however, Koko was unfazed at Essa’s forecast of the suspensions (including that of Koko).

For those keen on manipulating Eskom’s fortunes, the 2015 leadership crisis presented an opportunity to handpick replacements for those in four powerful roles.

In 2017, the Portfolio Committee on Public Enterprises scrutinised Eskom’s fortunes. Brown was among those exposed in the evidence.

The State Capture Inquiry’s record includes reports from that probe. The papers include former SAA board chair Dudu Myeni’s take on the Durban meeting of Sunday 8 March 2015. Many aspects of undue political influence and corruption at Eskom have been covered before, but new details of furious activity over the March 2015 suspensions have emerged.

Eskom was among the focus areas of Madonsela’s investigation. Political pressure on Eskom came right from the top. According to consultant Nick Linnell, the notion of an investigation at Eskom came from then president Jacob Zuma.

On Monday 5 October 2020, Linnell testified about a pivotal meeting on Sunday 8 March 2015. He said Zuma met Linnell, then SAA board chair Myeni, her son Thalente Myeni, then Eskom board chair Tsotsi and Jabu Maswanganyi to discuss Eskom.

Linnell, who scored lucrative consulting work through Myeni, asserted Zuma drove the idea of an inquiry into Eskom seniors. Zuma was taking “excellent” action over Eskom, opined Linnell, as the country was in the grip of rolling blackouts.

In 2015, then deputy president Cyril Ramaphosa led a “war room” on Eskom. Zuma was reportedly concerned it was receiving unreliable information.

Whereas Linnell and Tsotsi said Zuma was part of the conversation about Eskom on the day, Myeni wrote that Zuma popped in and merely greeted the group. After the meeting of Sunday 8 March 2015, Linnell drafted terms of reference for the Eskom inquiry, but these were not instated. The four executives were suspended, which is what Zuma reportedly wanted.

The pre-emptive suspensions pending an inquiry into the conduct of the four executives provided the pretext for a change of guard at Eskom. The parastatal coughed up R18.2-million in exit settlements for three of the four suspended executives.

Former board member Venete Klein defended the settlements and testified she supported the inquiry which Tsotsi championed at a board meeting.

As Daily Maverick’s Steve Kretzmann reported, the suspensions paved the way for the “Gupta buyout of Optimum Coal by Gupta-owned Tegeta Exploration and Resources and the resultant flow of hundreds of millions of rands from Eskom to Tegeta. It also resulted in the appointment of Gupta lackey Anoj Singh as Eskom CFO and Brian Molefe as CEO.”

Linnell said Maswanganyi provided him with various unattributed and undated documents on political interference and sabotage at Eskom. These informed Linnell’s consulting work for the parastatal.

He authored the suspension letters handed to the four executives. Linnell was also allowed direct access to Eskom’s board in a meeting and he provided input on a press statement, all after being parachuted into Eskom by Myeni, who held no formal position at Eskom.