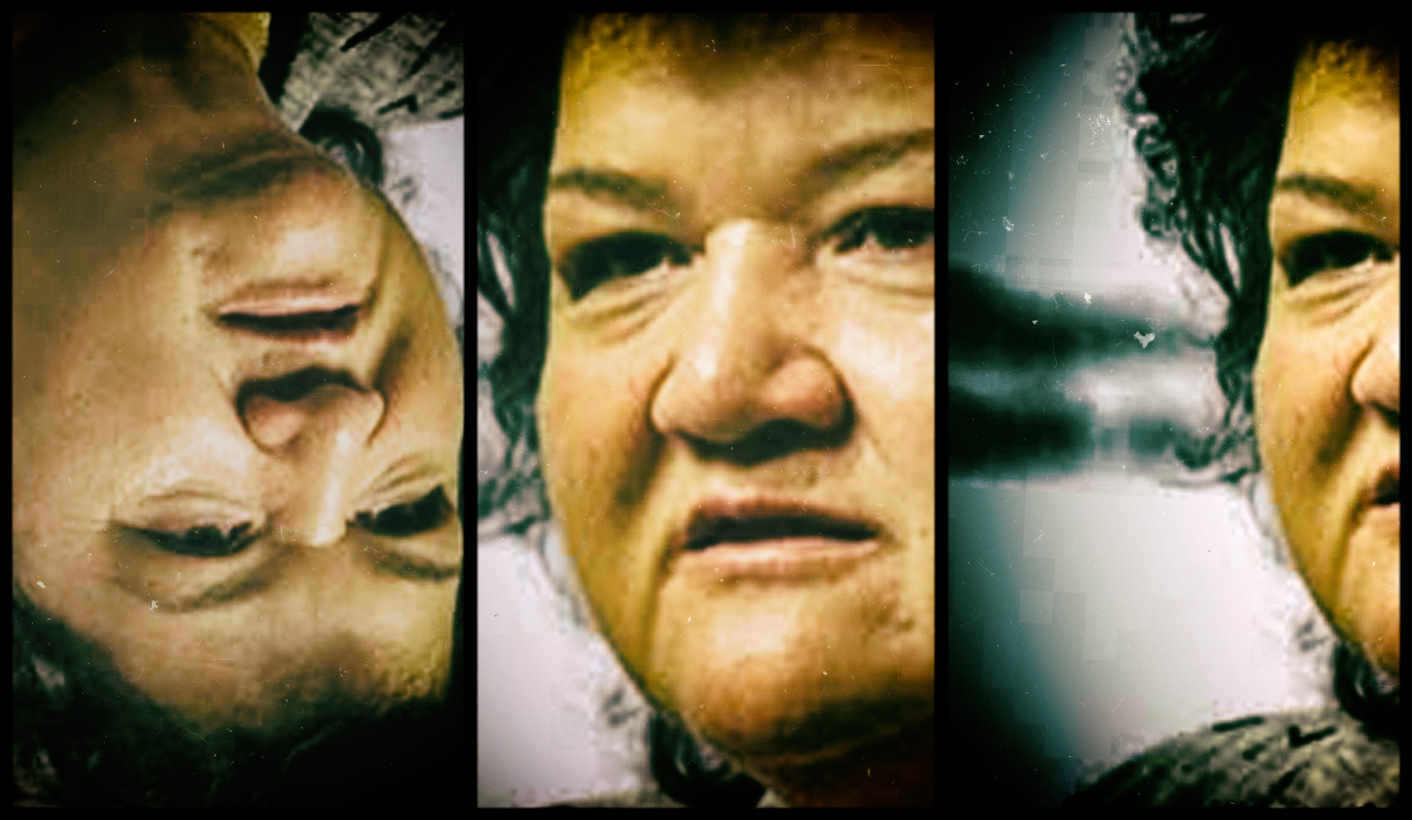 When in a tight corner, call in the lawyers and go on the attack, singling out an individual for intimidation. The State Attorney, at the behest of Public Enterprises, has threatened to report Advocate Ntuthuzelo Vanara to the General Council of the Bar for his conduct as evidence leader of Parliament’s public enterprises committee inquiry into State Capture. That lawyer’s letter followed two earlier ones by Public Enterprises Minister Lynne Brown also questioning the timing, rationale and processes of the public hearings. However, alongside the minister comparing the parliamentary inquiry to a “kangaroo court”, it was a move which backfired. By MARIANNE MERTEN.

Parliament’s public enterprises committee, across party-political lines, resolved on Wednesday that any comparison to a kangaroo court and questioning of its evidence leader’s integrity was “an attack on Parliament” and “unjustified”. Public Enterprises Minister Lynne Brown was to be informed of this forthwith. This resolution followed an earlier vote of confidence in Advocate Ntuthuzelo Vanara for how he has guided witnesses through their initial presentations to MPs, who then took over the questioning.

The committee said it would continue its work “in the interest of the country” as Parliament was an independent institution and MPs knew their jobs. “The committee… rejects the insinuation that the inquiry is a kangaroo court and that these insinuations are false. The committee is doing its work based on the terms of reference set out in the Constitution,” it said in a statement.

The Office of the ANC Chief Whip came out in support. “Our objective as Parliament through this inquiry is to unearth any wrongdoing at our public entity and to ensure that those implicated are held accountable. We therefore encourage anyone with information, which could assist the inquiry to come forward,” it said in a statement.

On Wednesday Vanara told MPs he had already responded to the State Attorney’s letter. “The allegations are rejected with the contempt they deserve. I invited them to lay to complaint with the General Council of the Bar,” he said, adding he had passed the matter on to Parliament because “I’m not on a frolic of my own”.

And so Parliament got involved, requesting a legal opinion from Advocate Wim Trengrove SC. That legal opinion dated 9 November upheld the parliamentary committee’s right to conduct an inquiry as it sees fit. That’s because the parliamentary rules, the Powers, Privileges and Immunities of Parliament and Provincial Legislatures Act and the Constitution set down far and wide-ranging powers in the interest of oversight and accountability. “Accountability is one of the founding values of our Constitution,” said the legal opinion seen by Daily Maverick.

The independent legal opinion highlighted that “a portfolio committee thus has a wide discretion to determine its own procedure and ultimately to compile its own report to the National Assembly. The only legal requirement is that it must do so within the bounds of rationality… Rationality is a low threshold which requires only a minimum standard of procedural fairness and substantive reason.”

The committee would be “well-advised” to allow those against whom adverse findings are made to have an opportunity to respond to a draft report before it is finalised. At a public hearing, a witness may have their own legal assistance, but could not let the lawyer speak for them.

It’s a powerful assertion of Parliament’s oversight mandate. It’s a constitutional oversight and executive accountability mandate that was pursued in the parliamentary inquiry into the SABC, which is widely credited as the start of resolving longstanding governance and financial turmoil at the public broadcaster. With that SABC inquiry Parliament reclaimed at least some of the ground lost in how it dealt with the Nkandla saga to ultimately absolve President Jacob Zuma from any repayments for the non-security upgrades at his rural homestead. The Constitutional Court in March 2016 ruled that Parliament had acted “inconsistent with the Constitution” when it substituted the Public Protector’s remedial action of repayment of a certain percentage of these non-security benefits with its own.

Wednesday’s developments at the public enterprises committee had nothing to do with anything London-based McKinsey senior partner David Fine told MPs. The international consultancy was looking to Parliament to help determine where the R1-billion it received from Eskom should be repaid, said Fine. McKinsey did not want money that was “tainted”, said Fine, not because of any admission of guilt by the company, but because Eskom had “lied” about having the necessary National Treasury approvals.

“McKinsey does not want any tainted money. Our understanding is we went into a relationship with Eskom in good faith… They gave us verbal commitment they had National Treasury approval,” he said, adding later: “The fact they did not is why we don’t want the money.”

But the State Attorney’s letter and those by Brown have a lot to do with the background machinations to the State Capture parliamentary inquiry that heard testimony which firmly moved into the official domain much that already has emerged in the public domain through the #GuptaLeaks.

Last month there was a push, ultimately unsuccessful, by some MPs closely associated with President Jacob Zuma to sink the probe before it even got under way. The president himself told ANN7 this week that he believed State Capture was “not factual. It’s political”. And Brown has, as far back as 8 August when the inquiry was in its seedling stage, questioned its purpose.

The first ministerial letter pointed out that Brian Molefe’s challenge to his unsuccessful reinstatement to Eskom was subject to a court battle and therefore the committee should be “cautious how it conducts the hearing”. Given other “parallel investigations” like the Special Investigating Unit (SIU) probe, argued Brown, the parliamentary inquiry was duplication. “In the event of different conclusions by the different investigations, what will be the order of precedence in terms of the implementation of the outcomes or recommendations of these investigations?”

Of course, to date there still is no SIU investigation as Zuma has not signed the required presidential proclamation.

Brown’s second letter of 13 October was legalistic. But like the first, it demanded the terms of reference, and raised questions over the use of an evidence leader and whether witnesses would be allowed legal representation. It went on to raise conflicts of interests of not only the evidence leader, but also ANC MP Pravin Gordhan, the former finance minister, and to what extent the inquiry would rely on the #GuptaLeaks emails.

“Equally and primarily significant is the portfolio committee’s constitutional obligations calling upon it to co-operate with my department in mutual trust and good faith by assisting and supporting one another, informing one another and consulting one another on matters of common concern….” wrote Brown then.

That there may be other investigations was not a concern of the committee. “The SIU and the National Assembly have their own powers and duties… The portfolio committee is certainly not relieved of its duty to hold the SOEs (State-owned Entities) to account and to exercise oversight over them, merely because they are also being investigated by the SIU,” said the legal opinion.

That the committee decided on an evidence leader was its right, and Vanara was not conflicted even if he’s also the acting Registrar of Members’ Interest because he has no decision-making powers in the inquiry. It was in the committee’s discretion how much credence to give to the #GuptaLeaks emails: “The committee can certainly have regard to them. It is for the committee to decide how much weight to attach to them. It should do so on a sensible basis. It is impossible to generalise about it.”

There was no conflict of interest regarding Gordhan’s membership of the public enterprises committee:

“The mere fact, however, that a member of the committee has expressed strong views about or has particular knowledge of the matters under investigation, does not disqualify him or her,” said the legal opinion.

Throughout the hearings so far the Public Enterprises ministry, like Eskom, has had officials present to monitor proceedings. Repeatedly, official assurances have been given that those implicated would have the opportunity to appear before the committee.

It did not stop either Brown or her deputy Ben Martins from going on the attack. Martins on Tuesday issued a second media statement citing “procedural issues including but not limited to the evidence leader’s conflicted role” after bruising testimony from suspended Eskom Company Secretary Suzanne Daniels regarding a meeting with the Gupta brothers. While Martins denied meeting the Guptas at that time, at last week’s media briefing he admitted meeting members of the family on other occasions.

Brown on Tuesday responded to scathing criticism by Eskom board chairperson Khulani Qoma that she was “captured” and had appointed Eskom board members and executives of questionable track record, with her own stinging rebuke. “… (F) or the parliamentary inquiry to contribute to the promotion of justice and restoration of State-owned Companies’ credibility requires more than recording the uncontested, hearsay narratives of a selected line-up of witnesses – while excluding other voices. By failing to subscribe to fundamental constitutional principles such as affording people the right to reply – or to distinguish between hearsay and factual evidence – the inquiry takes the form of a kangaroo court intent on reaching predetermined outcomes”.

That insistence on the right to be heard in the face of the inquiry and administrative justice also emerged in the State Attorney’s letter.

Dated 19 October, it invoked “our client’s (the minister’s) right to fair administrative procedures and lawful hearing” before going on to state that “this will be achieved by leading evidence in such a manner that assists and benefit [sic] all parties before the hearing and not only to portfolio committee’s interests and objectives”.

“We request you to desist from failing to uphold the Constitution and the professional ethics relating to the fair conduct of its parliamentary hearing. From the aforegoing, we request you to speedily advise us why we should not report you to the General Council of the Bar of South Africa in as far as your conduct as an advocate is concerned,” wrote the State Attorney in the letter seen by Daily Maverick.

That such pressure was dismissed, not only by Vanara but also the public enterprises committee, strikes a blow for parliamentary oversight in South Africa’s constitutional democracy. DM