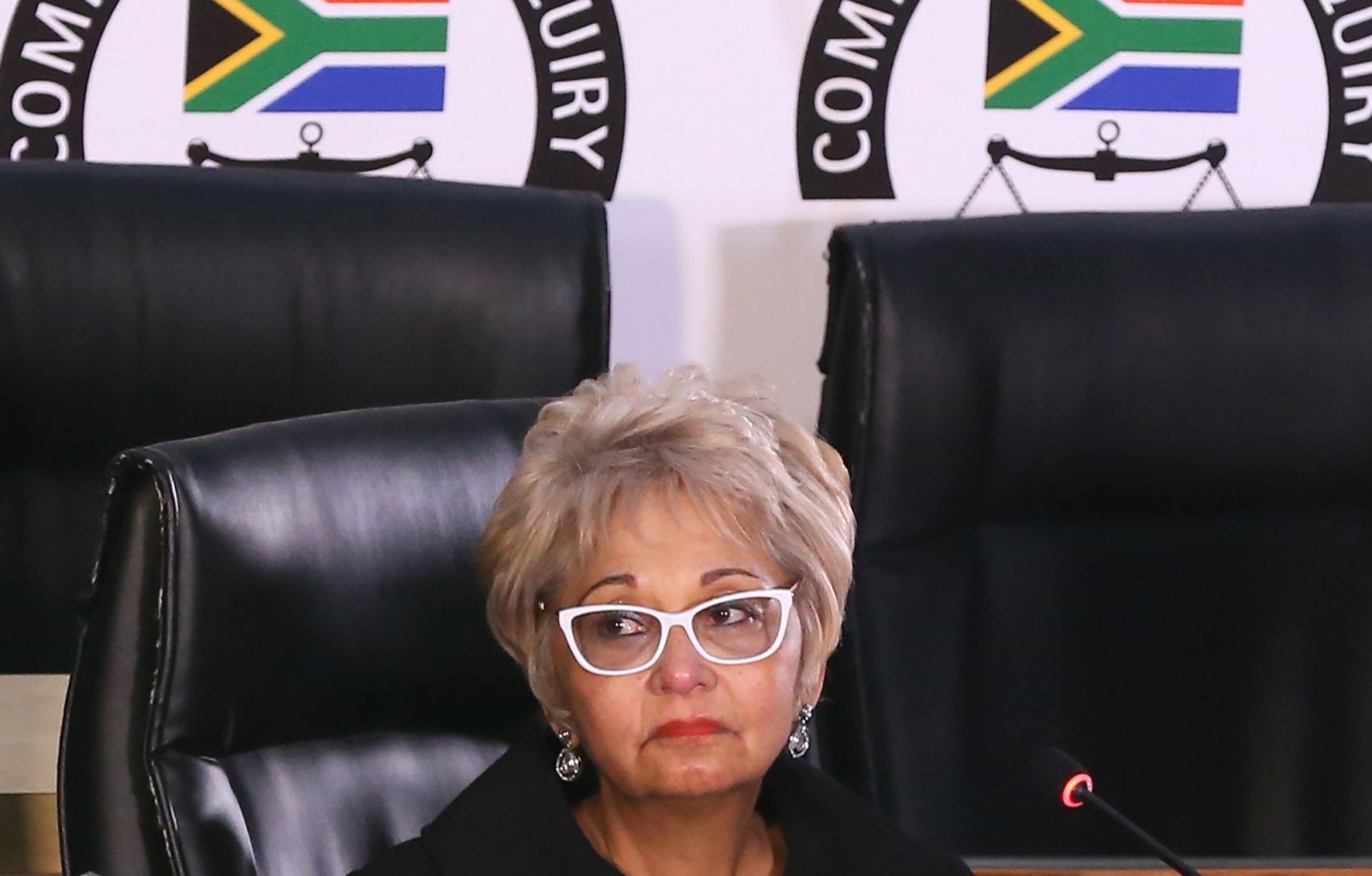 A former non-executive director at Eskom says there was no connection between the 2014 board and the Gupta family.

In an affidavit to the State Capture Inquiry, former public enterprises minister Lynne Brown stated that then president Jacob Zuma was worried about sketchy information reaching Eskom’s war room in 2015. Zuma appointed his then deputy, Cyril Ramaphosa to resurrect three SOEs, including Eskom, in December 2014.

A former non-executive director at Eskom, Venete Klein, has rubbished associations between the 2014 board and the Gupta family. Klein testified at the Commission of Inquiry into Allegations of State Capture, Corruption and Fraud on Thursday.

Evidence leader advocate Pule Seleka SC put it to Klein that she was regarded as having sat on a “Gupta board” at Eskom. Klein was “very uncomfortable” with the association. “Your question about being put in as a Gupta board member really didn’t feel good for me,” Klein replied.

Klein insisted she had “no knowledge” of a list of preferred candidates for Eskom’s board dispatched from the email address [email protected] before she and others were appointed in late 2014.

In February 2019 the then chairperson of Eskom, Jabu Mabuza, testified that the infoportal email account was that of Gupta wheeler-dealer Salim Essa. The US Treasury imposed sanctions on the Gupta brothers (Ajay, Atul and Rajesh “Tony” Gupta) and Essa on 10 October 2019.

The day before Klein’s appearance, former Eskom board chairperson Zola Tsotsi told Zondo that the very same individuals tipped for Eskom board positions in an email from Essa to him were later forwarded to him by Brown, then minister of public enterprises.

Tsotsi said he attended a meeting at Brown’s official residence in Pretoria at which Rajesh “Tony” Gupta and Essa were present. In her affidavit, Brown denied the meeting ever occurred. Tsotsi said the younger Gupta brother introduced him to Essa.

Note: In early October 2019, Duduzane Zuma proudly said, in testimony, regarding the youngest Gupta brother: “that’s my guy” and their bond persisted. The alliance prevailed, even after the elder Zuma’s resignation as president of South Africa on 14 February 2018 and the Hawks swooped on the Guptas’ property in Saxonwold, Johannesburg.

“I had the distinct impression that there could be an orchestration of some exercise here to replace the top layer of Eskom people with some people who are associated with the Guptas,” testified Tsotsi. Seleka asserted that outsiders to Eskom, whom he did not name, had called the shots as to who was hired and fired.

Before Klein’s appearance, Tsotsi disclosed his view about the Gupta family’s influence at the power utility.

“I suppose they felt if they had that kind of leverage with the president, they could demand whatever they want to be done and that it be done or else there might be consequences. That was common knowledge,” he said on Wednesday.

Two days later Klein hit back at her former senior and charged Tsotsi with bullying her. Klein said there had been extreme pressure on Eskom from late 2014, particularly in light of load shedding and rating downgrades.

“The chairperson was being very economical with information and the board [members] were expected to make huge decisions for which we were trashed in the papers,” she claimed.

Brown penned an affidavit to the State Capture Inquiry. It records then-president Zuma’s interest in the goings-on at Eskom. Brown wrote, “He was concerned that the war room was not receiving accurate information.”

Rating agency Moody’s lowered Eskom’s senior unsecured rating from Baa3 to Ba1 in November 2014 and the outlook changed from stable to negative. In December 2014, Zuma appointed his deputy, Ramaphosa, to revive three parastatals.

The Presidency later clarified Ramaphosa’s role in the Eskom “war room” after the DA’s Pieter van Dalen flagged the Shanduka Group’s interest in coal supplied to Eskom. Official word from the Office of the Deputy President on 20 May 2015 was that Ramaphosa had divested his stake in the Shanduka Group after assuming office and that he held no mining interest.

Under the Eskom board led by Tsotsi, with Klein among the directors, four executives were suspended in 2015 pending an inquiry into their conduct. Tsotsi claimed the suspensions and inquiry process were discussed at a meeting he attended with Zuma in early March 2015.

In Tsotsi’s version, the then SAA board chairperson, Dudu Myeni, called him on 7 March and said Zuma wished to meet the following day. Tsotsi arrived at the presidential residence in Durban on 8 March and Zuma opened the meeting, saying in isiZulu, “What are we talking about today?” Myeni’s son Thalente (click here for a Daily Maverick report on allegations against him) and consultant Nick Lenell also attended, said Tsotsi.

Zondo said, “It is possible that there may have been made somewhere outside of Eskom [a plan] to get rid of these executives and this plan was sold to the board and it may well be that among the board members some knew the origin of the plan and knew a lot about the plan.”

Klein replied, “There may have been this grand scheme of getting rid of people. Chairperson, I was not a part of that. I do not know anything about that.”

Seleka raised three charges the board brought against Tsotsi. In March 2015 he elected to resign as board chair. One of the charges related to Tsotsi bringing Lenell into a board meeting, after the reported Durban meeting.

“I certainly accepted Mr Lenell’s presence there because [of] supposedly what he knew and what he brought to the table,” said Klein. Zondo interrupted Klein: “But why did you make use of him [Lenell] if you thought he was brought in irregularly? You should have wanted to have nothing to do with him.

“You should have from the beginning said to Mr Tsotsi, ‘You can’t do this. You can’t taint the board’s process by bringing somebody irregularly here. Have you gone through the processes? If you haven’t, why are you bringing somebody to the board in breach of the processes of the company? We won’t taint our processes with somebody you bring in like this here.’ That’s what you should have done if you had a problem, isn’t it?”

Klein replied she would accept whatever decision Zondo made regarding her conduct. In her defence, she added, “My personal view – not a board view – I felt bullied.” From the moment she joined Eskom’s board Tsotsi’s bullying began, claimed Klein. “It wasn’t a case of, let’s discuss this. It’s like this because I’m telling you,” she said.

Zondo pressed Klein on how one person could “bully” a full board at a parastatal. Zondo noted as of December 2014 the board Tsotsi chaired included 10 new members.

In May 2017 Klein resigned as a non-executive director at the power utility.

Another former Eskom board chairperson, Dr Ben Ngubane, is expected to testify on Friday. The sitting is due to begin at 10am. DM