Myeni scored top SAA job because she was close to Zuma, claims aide 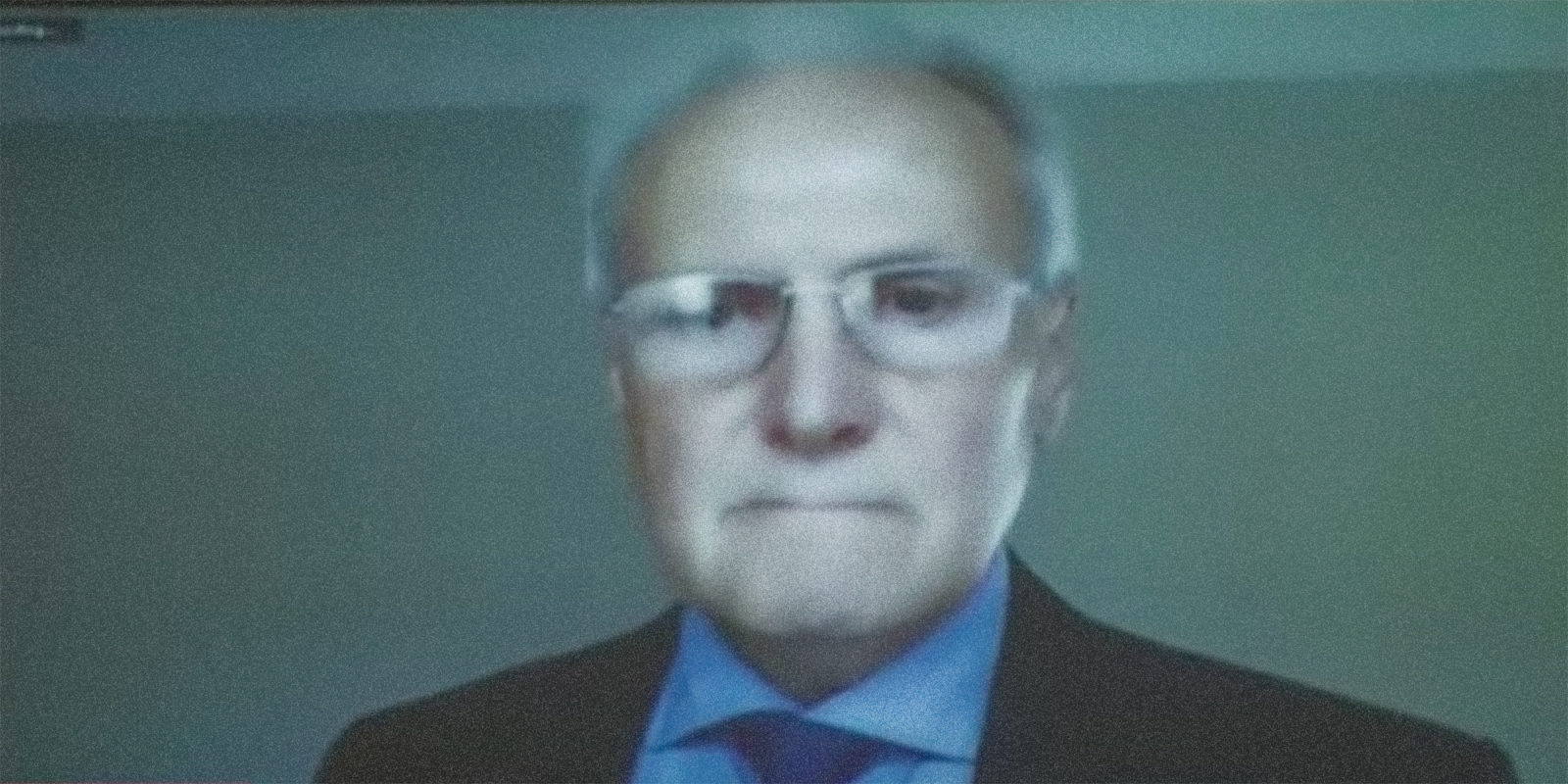 A consultant who served as Dudu Myeni’s trusted aide says the former SAA board chairperson did the bidding of former president Jacob Zuma in relation to the national carrier and Eskom.

Lawyer-turned-consultant Nick Linnell has taken issue with the depiction that he was SAA chairperson Dudu Myeni’s Mr Fix It, who trailed behind her putting out fires.

Linnell testified at the State Capture Inquiry on Monday 5 October. Former Eskom board chairperson Zola Tsotsi was one of the witnesses who had named Linnell in their evidence.

One of the sources of the Mr Fix It moniker is forensic investigator Paul O’Sullivan, whose remarks the evidence leader, advocate Pule Seleka SC, read to Linnell. “The narrative itself is probably unreasonable,” replied Linnell.

While he shunned the Mr Fix It label, Linnell defended his pricey consulting work that involved fixing problems, including the many obstacles Myeni faced as she blazed her trail.

Thanks to his alliance with the ascending Myeni, he obtained work at taxpayers’ expense and an audience with the then president, Jacob Zuma, in 2015.

“I would go to the houses and hide the money without telling the domestic worker, and then I would call her [Myeni] and tell her. I would hide the cash in the office with the files. Sometimes, I would change the spot,” said the witness.

Former board member Yakhe Kwinana claimed that Myeni filed anonymous tip-offs against her foes at SAA. Kwinana, for her part, is also implicated in corruption allegations.

Kwinana alleged Myeni filed reports on an SAA whistle-blower website, while working on a laptop at a café and wearing a disguise.

Where Myeni went hounding those who resisted her reign, Linnell followed at a fee. Writing for City Press, Susan Comrie reported that Linnell came “at an average cost to the airline of R167,000 a month” in 2014.

We deliver business improvement initiatives and projects with a combination of experienced consultants, sound methodology, project-based management and knowledge management.

According to Linnell’s company website, The Project Office, his clients are based in South Africa and the United Kingdom.

“We deliver business improvement initiatives and projects with a combination of experienced consultants, sound methodology, project-based management and knowledge management,” the website claims.

Making a case for “value-adding” services at the inquiry on Monday, Linnell said, “To the extent that I solve or fix problems, if the brief is to perform a service I would hope and expect to do that.”

When Zondo asked Linnell how Myeni came to use his services, Linnell said he had been recommended by a colleague, whom he did not name.

“I kind of struggle with the need for a coordinator with these entities because I don’t understand that there would be services that you could provide which attorneys would not be able to provide,” said Zondo.

Linnell replied with a string of buzzwords on his “experience”, which allowed him to “propagate” independent services with “a particular target, identity and direction”.

Zondo was unmoved. “Well, I must say, I would need a lot of persuasion to accept that there was a need,” he said.

“Mr Chairman, I think there’s a very distinct role,” replied Linnell. His work “does provide a value-added service” in which he questions and seeks “different paradigms” and, he highlighted, not only at state-owned entities (SOEs).

Meetings that took place over a weekend in March 2015 came under the spotlight during Linnell’s first appearance before Zondo.

Linnell testified that Myeni had phoned him and summoned him to Mahlamba Ndlopfu, the presidential residence in Pretoria.

On Friday 6 March 2015, the two went to the residence, and Linnell said he understood from what Myeni told him that they were going to discuss difficulties at Eskom with Zuma.

However, the afternoon wore on with them waiting in an anteroom at the official residence. Zuma left for his home province and the meeting was postponed.

That day Linnell flew to Cape Town, only to learn he was expected at the president’s official residence in Durban two days later, Sunday 8 March.

Linnell testified about two consecutive meetings at Zuma’s Durban residence on that Sunday. The first, he said, was attended by himself, Myeni, her son Thalente, the then Eskom board chair Zola Tsotsi and a man named Jabu, who was “like, secret service” and “had very incisive information about Eskom”.

Linnell testified he later determined this man was Jabu Maswanganyi, and after the meeting they corresponded via email.

These were among the sources that Linnell consulted when drafting the terms of reference for an Eskom inquiry.

While the terms of reference were discarded, the inquiry formed the basis for suspending four Eskom seniors.

“The president wants an investigation into Eskom,” insisted Linnell, in contradiction to Myeni’s written submissions to Parliament.

Everything in this country has a political undertone to it

During the first meeting on Sunday 8 March 2015, the five attendees discussed how to execute Zuma’s wishes. Zuma provided direction on what should be done and the group determined how to proceed.

Linnell said the notion of an inquiry “would be put to the president for his assent”, so the pitch needed to fit Zuma’s “expectation”.

Myeni, he said, began the meeting with Zuma. “It wasn’t, in a sense, austere. There is a jovial nature to it,” he recalled. “He [Zuma] knew what the meeting was about. It was quite clear that we all knew what we were discussing there. The context of the meeting before that and even on the sixth… was: the president wants an investigation.”

Linnell said Zuma was “duty-bound” to harbour concerns about Eskom, which was a topic of national anxiety.

Zondo remarked that while it was correct for a president to have concerns about SOEs, the manner in which they acted on those concerns mattered.

“Everything in this country has a political undertone to it,” said Linnell. He described the personal dynamics during the Sunday meeting, with emphasis on Myeni’s proximity to Zuma.

Seleka asked Linnell if it occurred to him to question Myeni’s steering role in the meeting when she was not at Eskom but at SAA.

Linnell said he regarded Myeni as Zuma’s “close confidante and political ally” who was SAA’s board chairperson because she was close to Zuma.

Regarding her leading at the Sunday meeting, he said, “She was there because she was his intermediary and she plays that same role in other domains. I didn’t need to ask the question.”

Linnell said he was aware “politically connected” persons were involved in Eskom, and the political dynamics at the Sunday meeting carried through to the following week.

As the day wore on, a storm whipped through Johannesburg, and the signal dropped and Linnell’s testimony was cut short. He will resume his testimony on Tuesday 6 October.

Dan Marokane and Tsholofelo Molefe, both formerly of Eskom, are also due to appear. The sitting is scheduled to begin at 10am. DM