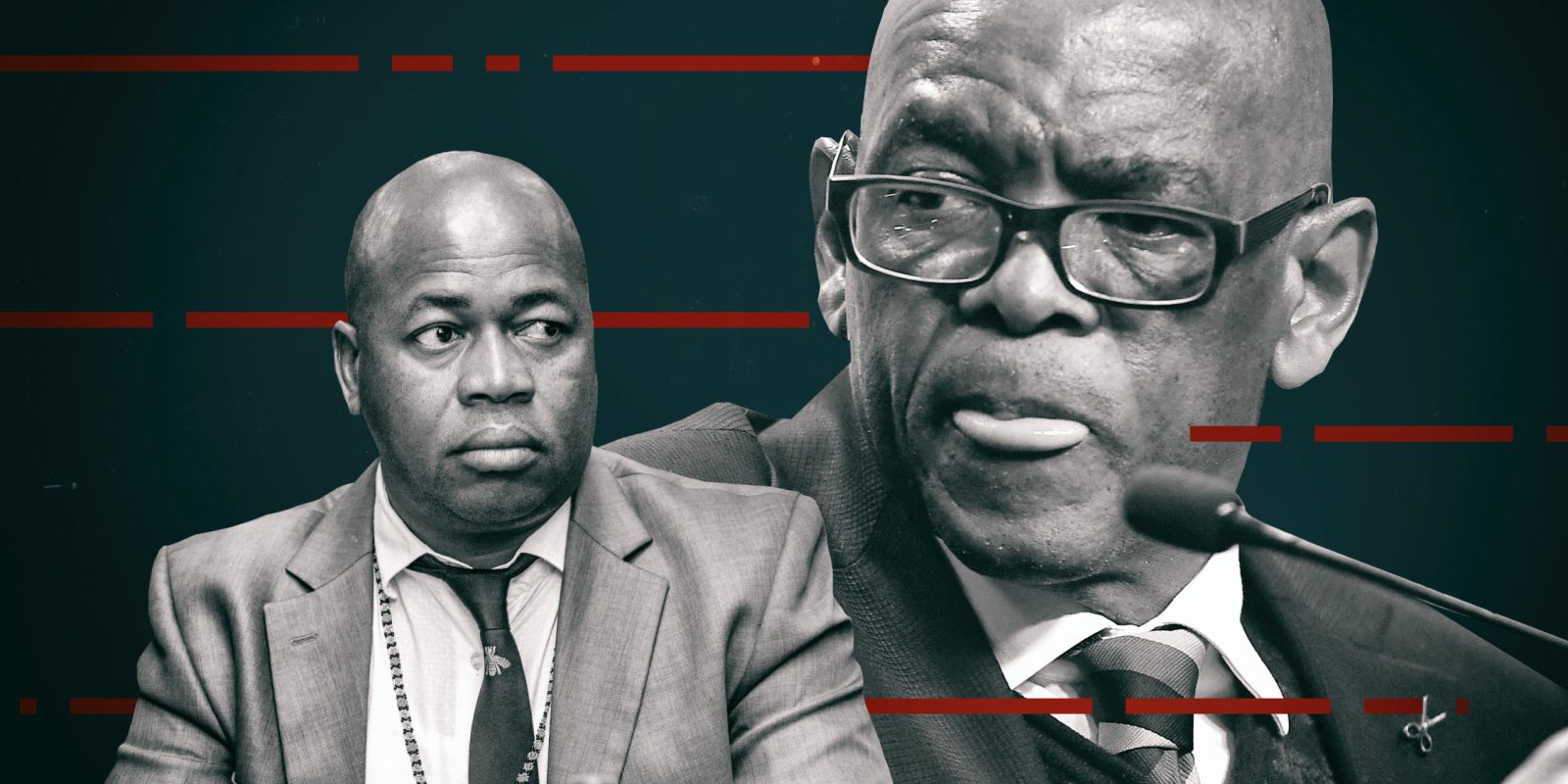 Puzzling as they were, Ekurhuleni Mayor Mzwandile Masina’s tweets on Tuesday revealed a politician running out of logical options.

As speculation continues about the possible arrest of ANC Secretary-General Ace Magashule, more evidence is coming to light about the (still) alleged corruption in the Free State during his tenure there.

A previously unpublished account of how money meant to help people in the province was spent on Bentleys and Ferraris reveals the real intent of these projects and the shocking callousness of those who benefited.

At the same time, Magashule’s allies are trying to mount a defence for him, sometimes telegraphing their intentions. One of these allies, Ekurhuleni Mayor Mzwandile Masina – also known as a friend of Julius Malema – is now pushing the claim that “black people must unite” on this issue, while the Free State ANC is also backing Magashule.

In the longer run, though, Magashule’s allies’ willingness to get into the trenches may not save them from the heavy artillery.

On Wednesday Scorpio published a detailed account of where the money received by businessman Sello Radebe for the Free State asbestos audit project went. As Pieter-Louis Myburgh explained, the huge payments, that were made in just a few days, were spent on top-of-the-range cars and a house. The amount of money spent on the actual project – which was intended to help the many – was minuscule in comparison to what was spent on luxury for the few.

It is this kind of reporting that is changing the narrative (along with the Zondo Commission’s new-found spring in its step) as it lays bare the true facts about the depth of corruption in South Africa.

All of this gives rise to intense speculation that Magashule might soon be arrested. It is well-known that Magashule himself is concerned about this and he has confirmed his worries to IOL.

This has nudged some to publicly state which side they are on. Meanwhile, there is still the ANC National Executive Committee’s “line in the sand decision” to consider, which saw the NEC deciding that those implicated in corruption must “step aside”. So far, very few senior people have done so.

Blacks people must unite, these arrests are targeting abt black professionals and black business. We need to stand up and be counted. Some Whites have been stealing with impunity and they not arrested. It’s now or never.

The lack of logic in Masina’s tweet is earth-shattering. It is also not clear what he means by “it is now or never” – it looks like an obvious call for action after corruption-related arrests, but what kind of action?

He followed that with another tweet containing a picture of a spreadsheet drawn up to look like bank payments, with the name Mxolisi Dukwana.

Dukwana is the former Free State MEC who testified at the Zondo Commission against Magashule and his men. This was a clear attempt to implicate Dukwana as having received some form of payment for his testimony.

Masina’s claim is completely without evidence. A picture of a spreadsheet on a computer screen is not accepted as evidence by the courts, and could have been drawn up by anyone.

As has been pointed out to him by many, there have been several white people arrested in connection with corruption. Two of them were involved with the looting of VBS. The State Capture era, which saw billions stolen at Transnet, Eskom and so many other places, has a rather diverse rogues’ gallery, which includes Brian Molefe, Eric Wood and Anoj Singh. If our history teaches us anything, it is that corruption is colour-blind.

Worse than Masina’s baseless claim is his presumption that people who are of the same race must all think alike.

On what basis does he come to that conclusion?

And how does he explain, just for a start, the difference in attitudes between Julius Malema and Mmusi Maimane?

Or between Prince Mashele and Gwede Mantashe?

Or Joe Biden and Donald Trump?

It is a contention that is insulting to all human beings everywhere.

But while insulting, it is also telling. Masina has nothing else to grasp, no other weapon, no other argument, no other place to go but to the depths of crass racism. It is the sign of a desperate man who has run out of options.

The movement to which he belongs, the ANC, describes itself as a non-racial movement. Does the party believe that people of the same race all think alike? If it does not, is Masina creating a situation in which the ANC must now say it does? Or must it just accept what he says and ignore it?

Masina has previously tweeted material that would appear to fall foul of Luthuli House.

At the end of May, he tweeted that he agreed with Malema that we “should let the white economy collapse”. He appeared to be saying that he preferred the policy of the EFF leader to that of his own party. Several months later this is still amazing: a mayor and a regional leader of a ruling political party expressing a public preference for the policy of a competing political organisation.

Even the ANC could not withstand that, and issued a public statement rebuking him, while not taking further action.

Now, he again is straining against ANC policy, this time on non-racialism. Will the party react?

And that’s not all: within the party there are other signs of the contestation around the Magashule “issue” and the possible further arrests of those implicated in corruption.

On Monday, a group of Free State ANC members protested outside Luthuli House. They were demanding that their province receive compensation for the corruption it has suffered through. In particular, they wanted action to be taken against Magashule, the person they believe has wronged them.

This is an important development, in that it shows ordinary ANC members are losing their fear of, or their respect for, Magashule. It suggests they are not afraid to move against him.

It also contrasts with the protests outside Luthuli House the previous week, when people showed their support for Magashule.

Meanwhile, the Free State ANC Provincial Secretary, Paseka Nompondo, has told News24 that there is a political agenda behind the possible arrest of Magashule. But again, no evidence has been offered for this, apart from the claim that this could be a “Hollywood style” arrest.

This kind of support was always expected, as it is well-known that Magashule has had tight control of the upper echelon of the ANC in the Free State for many years.

Amidst this is the question of whether Magashule would be forced to “step aside” from his position if he were arrested. Key to this is whether there would have been a precedent, whether other people had stepped aside before him.

One of those whose actions could provide an answer is the chair of Parliament’s Home Affairs Committee, Bongani Bongo. He is currently facing corruption charges relating to an alleged attempt to bribe the then legal adviser to Parliament, Ntuthuzelo Vanara, during Parliament’s inquiry into Eskom. Bongo has come under intense pressure to “step aside” from his position because of the case against him.

At one point, it appeared he was about to resign from Parliament, and did not chair certain meetings of his committee.

But on Tuesday he was back in his normal position, indicating that he is not going to step aside as demanded by the NEC.

This is more evidence that the trenches are being dug and allies are sharing foxholes and getting ready for a fight. But trenches don’t protect you from heavy artillery. It is likely that the heavy shells of arrests will prove decisive. They will cause heavy damage, not just to their direct targets, but also to those who support them. DM