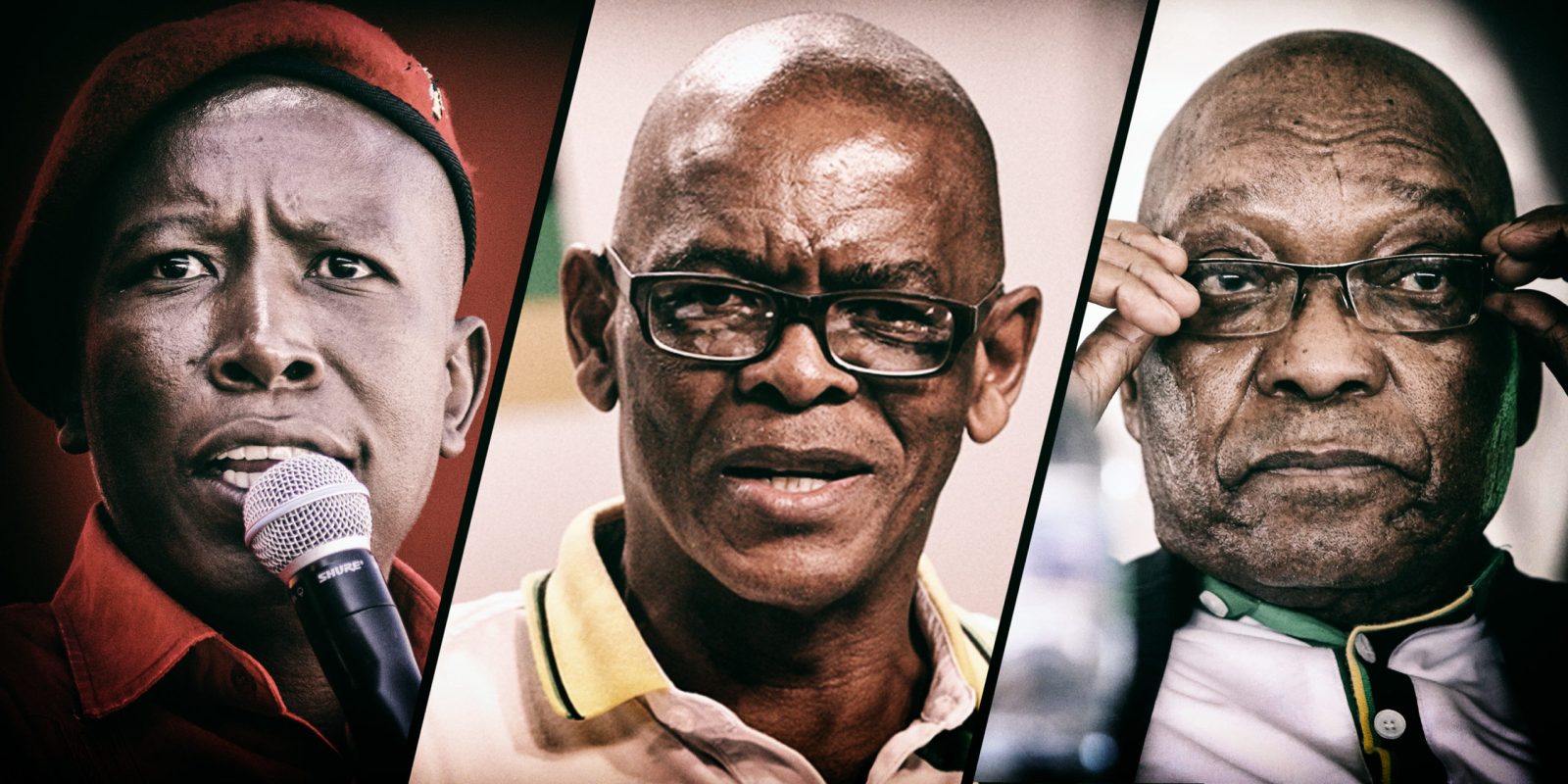 While it has become common to refer to the rapid speed of events (especially since the ANC’s 2017 Nasrec conference) in SA politics, there are still processes that take a long time to complete but which will have a definitive influence on the country’s history. It appears that the Zondo Commission is just such a process.

The Zondo Commission has already played an important role in changing the narrative of South African politics in less than two years of its existence, even as its climax is still to come.

To examine the dominant themes in this political instant is to be struck by how many people expect the arrest of ANC Secretary-General Ace Magashule. Many also expect the EFF leaders Julius Malema and Floyd Shivambu to come under legal pressure. Still others believe that former environmental affairs minister Nomvula Mokonyane will soon be appearing in court. The former ANC MP Vincent Smith has already done so.

It is undeniable that the image of the ANC has suffered, taking battering after battering since the commission was established.

None of this was destined to happen, it was not woven in thread by the Fates. But here we are, largely because of the Judicial Commission of Inquiry into Allegations of State Capture, aka the Zondo Commission.

The commission has heard evidence about the Estina dairy project, the Free State housing asbestos project and so many others. The commission is expected to now hear evidence relating to the EFF leadership, and has heard, a lot, about Mokonyane’s misdeeds.

Overshadowing all of that, perhaps, is the evidence about Bosasa, which has done so much to portray the ANC as a party that retailed its political power in exchange for money and other forms of material corruption.

There was a time, not so long ago, when none of this information seemed destined to land in the public domain, and that it did is in great part thanks to the painstaking and grinding work of investigative outfits like amaBhungane and Scorpio.

It was known that there were questions about corruption for Magashule to answer, and a bestselling book had been published on the subject. But there had been no witness testimony under oath broadcast minute by horrifying minute on live radio and television, or live-tweeted, revelation by unbelievable revelation.

Through this process a new political context has been created.

The situation now is very different to when the commission’s establishment was formally announced by Jacob Zuma, on 9 January 2018.

The work of the commission has shown how catastrophically the Hawks and the National Prosecuting Authority failed to investigate criminality in the top echelons of South Africa.

Zuma was then still president and there was a perception that he was still reasonably powerful. Now, he is reduced to whining that he is being treated unfairly by the commission, after earlier telling people to cooperate with it. When he testified in the past he punted conspiracy theories with no evidence, thus weakening his political position and – as difficult to believe as it is – reducing his credibility even further.

Zondo has made it harder for him, and those who support him, to mount an effective fightback campaign against President Cyril Rampahosa. Just this function alone of the commission is of crucial importance.

There have been other repercussions from the commission. It has revealed where other organisations have failed to do their work, and shown which were captured and when.

The work of the commission has shown how catastrophically the Hawks and the National Prosecuting Authority failed to investigate criminality in the top echelons of South Africa.

Zondo has also shown how the Public Protector, Busisiwe Mkhwebane, did not conduct proper investigations into important political figures.

It was the commission that led public testimony into the Estina dairy scandal, after Mkhwebane had inexplicably failed to find against Magashule. She eventually lost a Supreme Court of Appeal bid that has once and for all confirmed exactly how weak her investigation was.

It was possible to foresee that the commission would have this impact.

And that was why Zuma, and others, fought so hard against the very idea of the Zondo Commission, and tried their best to control it and later to stymie it.

The commission was first mooted by the then Public Protector, Thuli Madonsela, after her investigation found evidence of serious wrongdoing by Zuma and many others. But her tenure was running out. It was obvious then, and has become more obvious now, that her replacement would not be someone of integrity. So she ordered that a commission of inquiry be held.

And because Zuma could obviously not be trusted with the decision of who should chair it, she said the Chief Justice, Mogoeng Mogoeng, should make that decision. Mogoeng, understanding exactly how important this would be, gave it to the most senior person available, Deputy Chief Justice Raymond Zondo.

In the meantime, within the ANC a fight was raging over the terms of reference for the commission.

Zuma’s opponents wanted it to focus on State Capture as defined by Madonsela, to refer specifically to Zuma’s actions, the Guptas and associated corruption. The ANC Women’s League wanted it to focus on all corruption since 1994, while a party which has now thankfully disappeared in all but the minds of a fevered few, Black First Land First, wanted a focus on the entirety of South Africa’s past.

But, as Ramaphosa slowly got a grip on the ANC, he was able to prevail. And so the terms of reference as they are now were published.

What is startling about the power of the commission is that it has not yet even made any findings. It may even be that when the findings are published, they won’t actually matter. This is because its real power has been simply the hearing of testimony in public and under oath. It is this process that gives the commission its incredible power to make an imprint on the history and the future of South Africa.

This is an important indicator of what would happen should there be any criminal trials related to State Capture.

It shows that the political narrative around a person is formed long before any findings of guilt or innocence are made against them. And that suggests that there is no cause for concern of any adverse reactions should a senior political leader be found guilty of wrongdoing. So long as the trial has been conducted properly and in public, the finding will come as no surprise. Rather, as evidence of wrongdoing is led against someone, their support will slowly ebb away to the point where the final verdict will have caused very few political repercussions or explosions of anger.

This is an all-important process, one that also reflects the political balance of power.

And for the moment, the Zondo Commission has a huge influence, which is only likely to grow over the next few months as it applies more pressure on the usual suspects. They will find that pressure very difficult to resist. DM