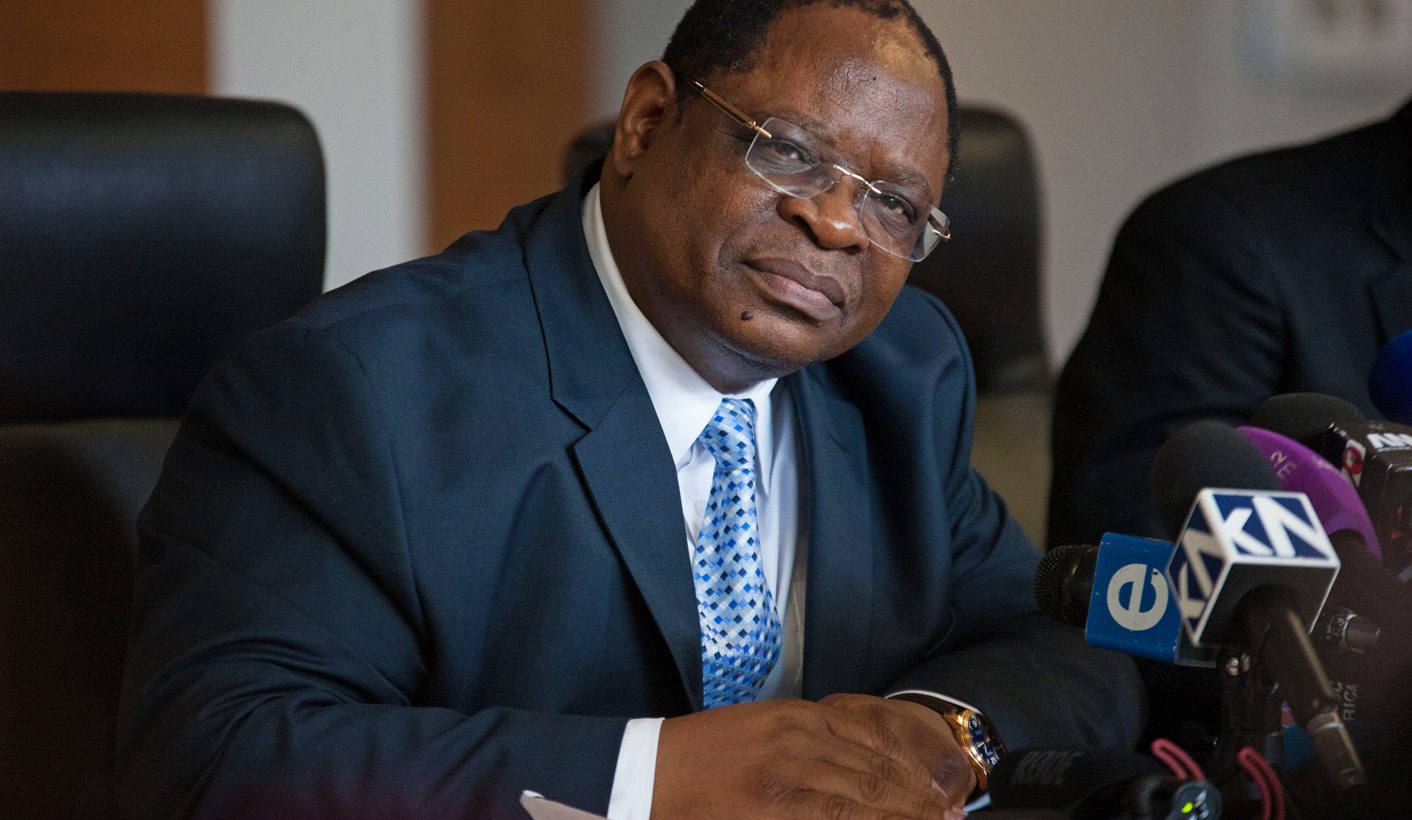 Announcing the State Capture inquiry, President Jacob Zuma said the allegations were of paramount importance. Two weeks later, he is yet to release the inquiry’s terms of reference, which will probably draw legal challenges if he decides it should investigate issues outside of former public protector Thuli Madonsela’s State of Capture report. By GREG NICOLSON.

Zondo, who took the job after a lengthy legal battle, clearly respects his appointment. He addressed the media on Tuesday, amid public concern over the inquiry, with little else to say other than that he is waiting on Zuma to announce the inquiry’s terms of reference. Clearly, Zuma doesn’t have the same respect for the process.

The State Capture inquiry, which Madonsela recommended look into the findings of her State of Capture report, cannot proceed until Zuma announces its terms of reference and regulations related to its establishment are published in the Government Gazette. Zondo is still waiting for both.

Speaking at the offices of the Chief Justice in Midrand, Zondo said he expects the regulations to be finalised this week, which will allow him to begin appointing staff to work on the inquiry, but he was not sure when Zuma would release the terms of reference. The State of Capture report investigated allegations against the Gupta family and their allies in government.

“I have no doubt in my mind that the president appreciates the urgency of this inquiry,” said Zondo. “I think that the terms of reference should be finalised without any undue delay… I can’t give you a date and I can’t say any more than I’ve said.”

After contesting Madonsela’s findings repeatedly, on the eve of an ANC national executive committee (NEC) meeting where his leadership was likely to be challenged Zuma appointed Zondo to head the commission on the recommendation of Mogoeng. The president made an about-turn, saying he was responding to “serious public concern”.

The terms of reference will show his true motives. Zuma’s announcement included vague calls for the inquiry to investigate “not just the conduct of some” but all actors implicated in controlling the state who are not elected officials. “There should be no area of corruption and culprit that should be spared the extent of this commission of inquiry.”

Zondo noted on Tuesday the controversy around the terms of reference. Zuma has in the past questioned what State Capture is and is seen as wanting a commission that would investigate corruption claims so broad as to make an inquiry meaningless.

He is implicated as an ally of the Gupta family and he and others who are sympathetic to the family have called for the inquiry to be widened beyond Madonsela’s report.

The ANC Women’s League (ANCWL) said the terms of reference must allow for the investigation of State Capture before 1994. Black First Land First has said it should look into Cecil John Rhodes and Jan van Riebeeck.

Current Public Protector Busisiwe Mkhwebane, accused of being sympathetic to Zuma, added to the confusion when she said the inquiry shouldn’t be limited to her predecessor’s report but include further allegations of State Capture. Madonsela responded by saying the inquiry can only further her report’s investigations, which were incomplete due to resource constraints.

Mkhwebane has since clarified her comments, leaving little room for Zuma to broaden the inquiry beyond allegations against the Gupta family. She said her office had received numerous complaints related to issues raised in Madonsela’s report and the inquiry should investigate them due to her office’s lack of resources.

“Broadening the scope is related to the issues identified for investigation in the State of Capture report,” Mkhwebane said on Friday, noting that she had never called for the terms of reference to include matters as far back as 1994.

If the president does try to broaden the inquiry’s terms beyond issues arising from and related to Madonsela’s report, he will be challenged in court. Zondo wouldn’t comment on the controversies on the terms of reference, but said that “if they stand” he would abide by them.

Zondo said he has faith the president and government will offer all support necessary to his inquiry. He was concerned however that he has only been given 180 days to investigate the allegations. He did not know whether his time began when Zuma appointed him or when the terms are issued.

“Whatever the date is, 180 days is not a long time. I’m not aware of any commission in the past that was able to do any serious investigation and finish it within 180 days, which is six months.” He also said it was concerning that Zuma is still considering his legal options on challenging Madonsela’s instruction that Mogoeng appoint the inquiry chairperson.

As Zuma delays the start of the inquiry, he is already starting to lose the fight to protect his corrupt allies. Since becoming ANC president, Cyril Ramaphosa has appointed a new board at Eskom, heavily implicated in claims against the Gupta family, and the National Prosecuting Authority has frozen assets related to corruption claims against the Gupta-linked Trillian and McKinsey, as well as the Estina Farm. DM

Photo: Deputy Chief Justice Raymond Zondo, who has been appointed to chair the State Capture inquiry, fielded questions from the media on 23 January 2018. Photo: Greg Nicolson