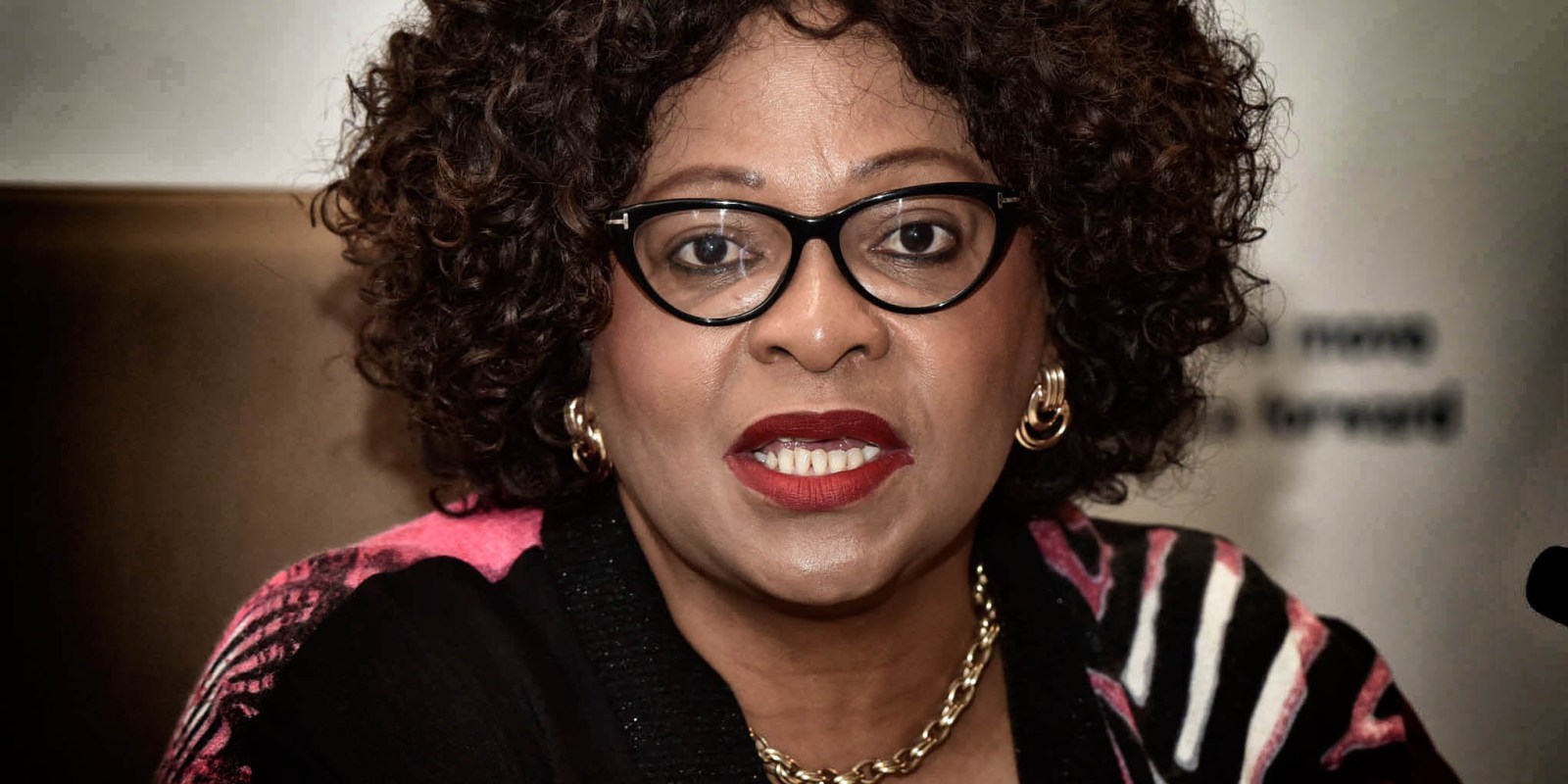 In a morning of testimony that could be described as evasive, the Zondo Commission heard corroboration of parts of former Bosasa chief operating officer Angelo Agrizzi’s startling allegations against former environmental affairs minister Nomvula Mokonyane.

Thomas told Deputy Chief Justice Raymond Zondo she had, over 21 years, become “part of the family”.

“You kind of fill the gap as they [women] are also wives and mothers.”

It was a family which, the Zondo Commission has heard, received Christmas packages of meat worth R17,000 and had extensive home security installed by Bosasa. Former Bosasa chief operating officer Angelo Agrizzi also claimed Mokonyane received cash bribes of R50,000 from Bosasa over the course of several years.

Testifying before the commission on 20 July, Mokonyane denied she had ever asked for or issued instructions to Bosasa or subcontractors to the company for repairs or maintenance and security work at her home.

However, under questioning by advocate Viwe Notshe on Monday, Thomas said whenever “the ladies” at Mokonyane’s house called about a problem with the home security system, she called Richard le Roux, Bosasa’s former head of special operations. She said when she was called by “the ladies” about household issues, she would pass the messages on to Mokonyane’s late husband, Serge Mokonyane, but when it came to security-related issues, he told her to contact Le Roux directly.

Asked by Notshe why she didn’t call an alarm company, she said, “I don’t know who deals with alarms.”

She did not know if Le Roux ever left an invoice at the house for his services, as other contractors, such as plumbers or electricians normally did. Regarding an SMS in which Thomas messaged Le Roux to deal with a problem with the alarm system, Notshe noted she did not give Le Roux the address, which meant he must have been familiar with the house.

“He may have been at the house without my knowledge,” replied Thomas.

She denied that Bosasa had installed the security system at Mokonyane’s house, saying she facilitated access to the house for representatives from the Office of the Premier, officials from the Department of Housing, and members of the SAPS.

Zondo said he recalled Agrizzi testifying that Le Roux installed and maintained the security system, but that information could not be found in the affidavits before the commission yesterday. However, he said Thomas’s evidence seemed to support testimony that Bosasa put a team together under Le Roux to take care of the security system at Mokonyane’s house.

Thomas said she dealt with Le Roux after Mokonyane was promoted to a ministerial position in 2014.

Asked if she had met Agrizzi, she said she had seen him only once when he visited Mokonyane’s home to offer sympathies after the death of her son, and had spoken to him on the phone “once or twice”.

Upon pressing her about a get-well gift of flowers she had received from Agrizzi, Thomas conceded that saying she had spoken to him “once or twice” meant she could have spoken to him more than that.

“He would call me about various things”, saying, “Mr Watson asked me to call you”.

When it came to Agrizzi’s testimony that groceries were supplied to Mokonyane near the Christmas period, Thomas said these, while delivered to Mokonyane’s house and offloaded into the garage, were distributed to poor families in Kagiso.

Asked who did the distribution, she said she did not know, as she was not there. This happened every year, except for the “last few years”. Sometimes they would skip a year and then Mokonyane would make her own arrangements, Thomas said.

She said she had only met the late Bosasa boss Gavin Watson once, also following Mokonyane’s son’s death, but knew he was a family friend and had developed a telephonic relationship with him over the years.

As Thomas’s birthday was in the same week as Mokonyane’s, sometimes Watson would “surprise” her with a gift. When it came to gifts for Mokonyane, she said “people would call” and she would suggest what they should give her, but she did not know what they then decided to send, or whether Mokonyane received the gifts or not.

Referring to an email by Agrizzi’s assistant Gina Pieters, placed in evidence, Notshe said the email asked people to assist with two hampers to the value of R1,500 each – one for Mokonyane and one for Thomas, with Thomas’s address provided for delivery. The email thread also stated that no reference to Bosasa should be made, and provided Thomas’s cellphone number.

Asked whether she received the hamper, Thomas said she could not recall receiving it. She also could not confirm whether Mokonyane received a hamper.

Notshe also pressed Thomas on Agrizzi’s testimony that Bosasa provided a rental vehicle for Mokonyane’s daughter for three months and paid family funeral costs. Thomas denied ever having arranged the car rental or that funeral payments were received.

The commission was adjourned following Thomas’s testimony and will continue on Wednesday, with Pieters to testify in the continuation of matters related to Bosasa, and is then expected to move to the Vrede dairy project in the afternoon, with former CFO in the Free State Department of Agriculture, Seipati Dlamini, taking the stand. DM