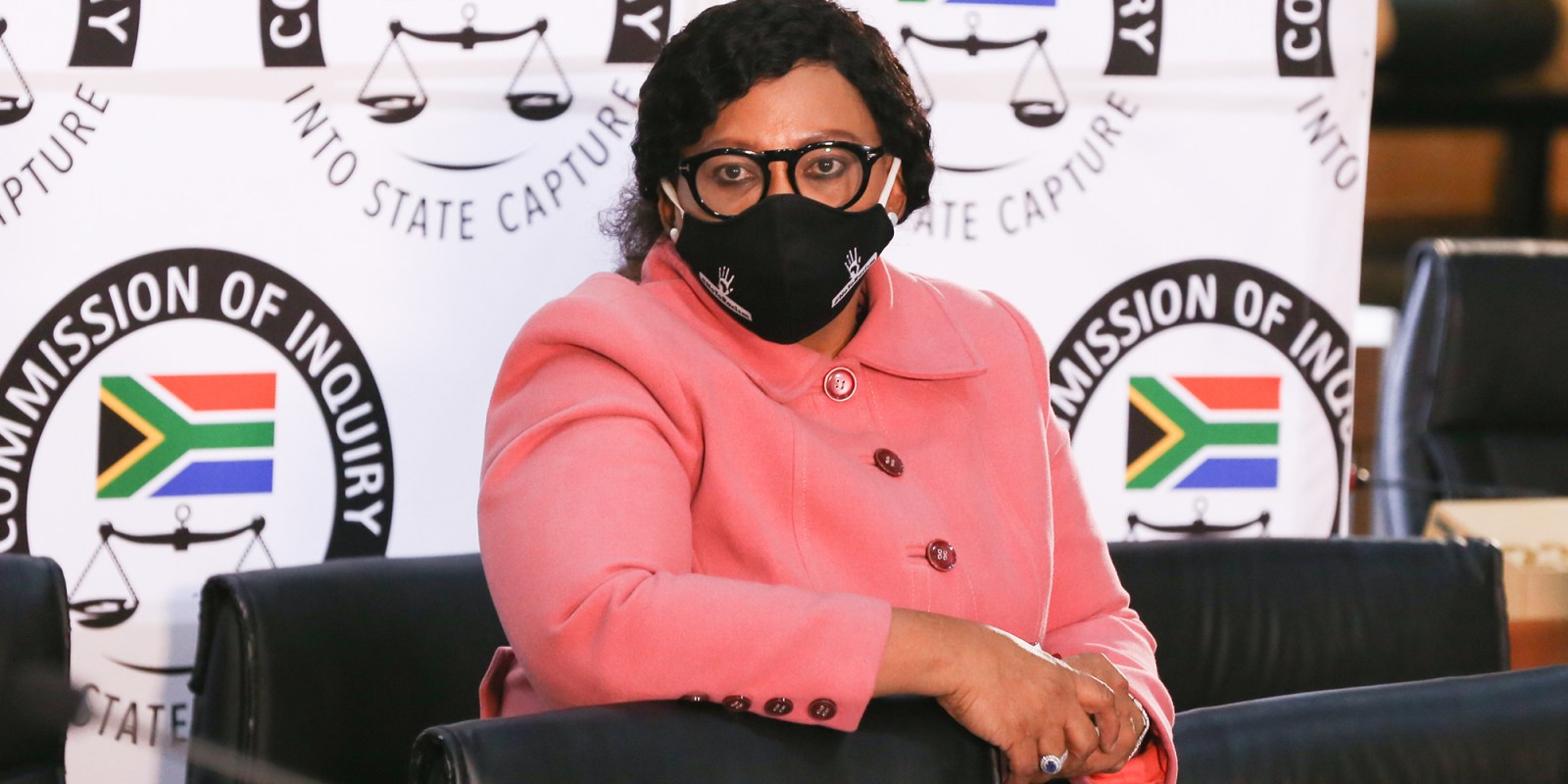 It was a mixed day at the Zondo Commission of Inquiry into Allegations of State Capture as two witnesses could not testify before the commission while another two gave evidence against former environmental affairs minister Nomvula Mokonyane.

On Tuesday 25 August, the Zondo Commission dealt with evidence related to allegations that former environmental affairs minister Nomvula Mokonyane had her 40th birthday party paid for by Bosasa and that she received braai packs given to her by the now rebranded facilities management agency. Four witnesses were scheduled to give evidence, but only two did.

In her own testimony before the commission, Mokonyane had denied these allegations, saying the claims made by Angelo Agrizzi, the former chief operating officer of Bosasa smacked of “hatred”.

On Tuesday morning, Deputy Chief Justice Raymond Zondo allowed the testimony of Bosasa employee Thomas Jonita to be postponed. This was to allow for a translator to be available as Jonita indicated that he preferred to testify in Sotho.

But former Bosasa employee Bongiwe Dube, who was responsible for catering services at the company, delivered her testimony. She described how over the Christmas period in 2017 she received a delivery that was addressed to her but which she knew nothing about. She said she found it strange as the company had already closed for the festive season. When she called a manager, Cathrine Mathabathe, she was told not to worry about it, as “it’s for Nomvula Mokonyane”. The delivery was a meat package, which Dube estimated was worth R17,000.

Agrizzi had earlier testified at the commission that Mokonyane would receive “Christmas packages” from the company that included meat and soft drinks.

He said Mokonyane’s 40th birthday party was hosted at his guest house. Mokonyane was then the MEC for Safety and Security in Gauteng. Coetzee said the party had been arranged by himself and Agrizzi and that Bosasa was a corporate client of the guest house. Coetzee said his business and the offices of Bosasa were “just down the road from one another”. He testified it had originally been planned to have 80 guests at the party, but this was increased to 120 guests.

As it turned out, 174 guests arrived, and the catering was adjusted for this increased number. Coetzee said the guest house provided arrival drinks, sparkling wine and wine, and “everything else was given by Bosasa”, including “a substantial amount of alcohol,” worth about R40,000. “Bosasa paid for the party,” said Coetzee.

During her earlier testimony Mokonyane said, “I have never benefited or received any goods to the benefit of my family. I have been employed and those who know me post December 16, my family closes off, we go on holiday, we take a break, we only come back on the 30th of December to be with my family and all my in-laws… in Kagiso in my own parents’ home, so this is not true.”

Read Mokonyane’s full transcript of evidence before the commission here:

When Coetzee concluded his testimony, Mokonyane’s personal assistant Sandy Thomas, who had been summoned to appear before the commission, was not there to take the stand.

Zondo adjourned to allow Thomas and her legal team to make an appearance. After lunch, Thomas’s legal team called for a postponement of her evidence, saying they still needed to make submissions on other testimony in which she is named.

Zondo told her, “Ms Thomas, it’s not good that you were not here at 9am; it’s unacceptable.”

However, Zondo allowed the postponement, but warned Thomas, “you run the risk of facing criminal charges” if she did not adhere to the summons issued against her. Her legal team needs to provide a statement by close of business on Friday 28 August, and she has to appear before the commission on Monday 31 August.

The commission will continue on Wednesday, with testimony from Vuyisile Ndzeku, the director of JM Aviation Ltd. DM