I’m sitting at my desk for hours now. The ‘April Fools’ tomorrow’ note stares back at me from my calendar. Two hours have passed, and my thoughts escape into emptiness, the hostile space where I can’t type the next sentence even if the world around me collapsed in a flaming hell. The fake news bastards did it. They won.

For the first time, I truly feel how Scott Adams, the immortal creator of Dilbert, lost his inspiration and powers on 9-12-2001. It was a violent act of galactic proportions that killed his pen that day.

It was the years’ long tide of lies and shamelessness that made joking on the first day of April meaningless.

We used to have so much fun.

In 2011, we announced Daily Maverick’s hostile bid for Avusa for R12-billion — you will be shocked how many believed it — including some of Avusa’s own executives. (Avusa — Times Media — Tiso Blackstar Media)

In 2013, we glared: Exclusive: Oscar Pistorius signs up for North Korea’s inaugural Friendship Run, which set up a massive wave of negative reactions, for a while, of course.

In 2014, we uncovered the great Exclusive: Veterans for Truth to launch The New Age of Independent SABC. (It did make sense in the real world, actually.)

In 2015, we announced Vavi joins EFF as interim head. 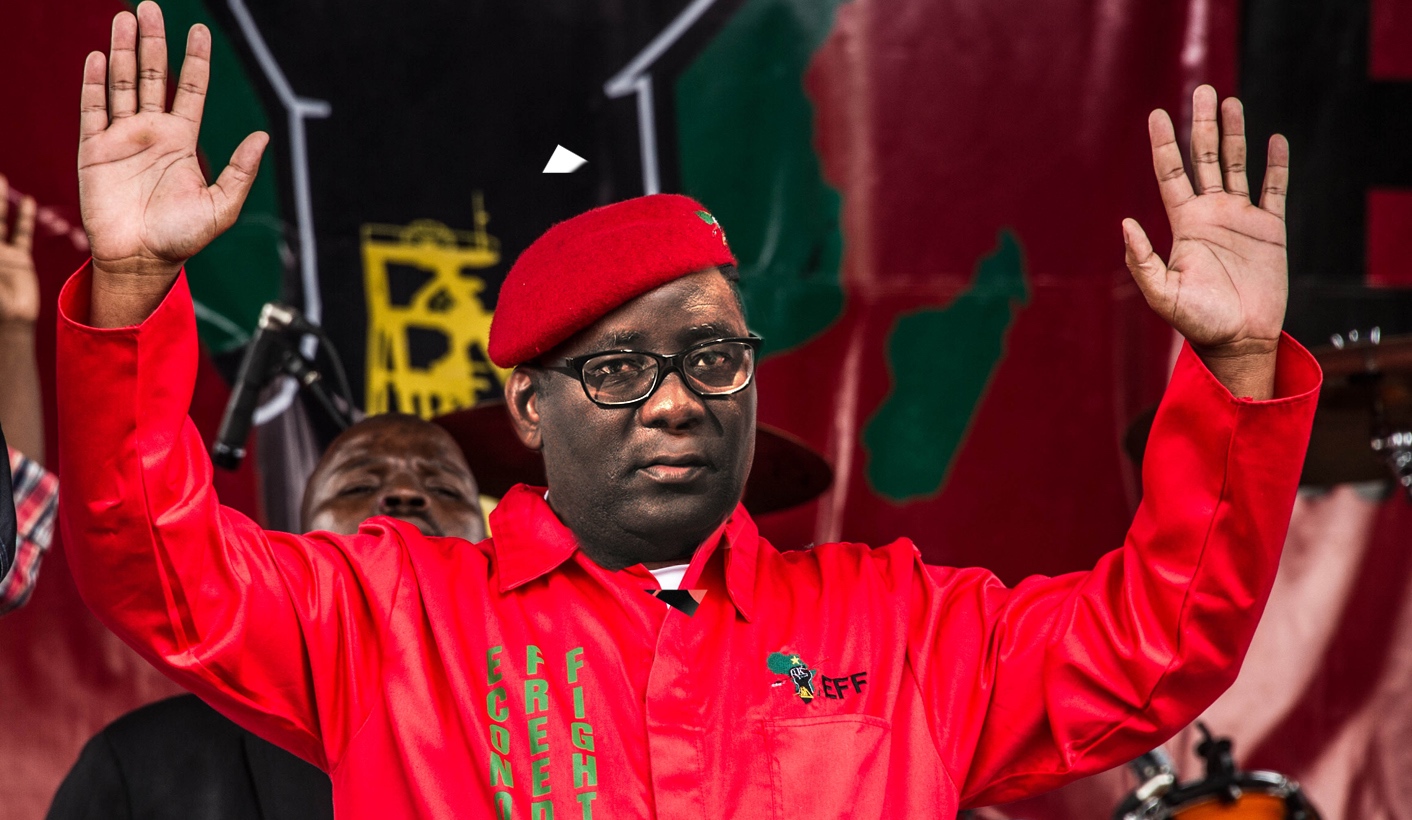 In 2016, we started to get so exhausted by the crazy events in a crazy country in a crazy world that we simply cancelled the April Fools’: 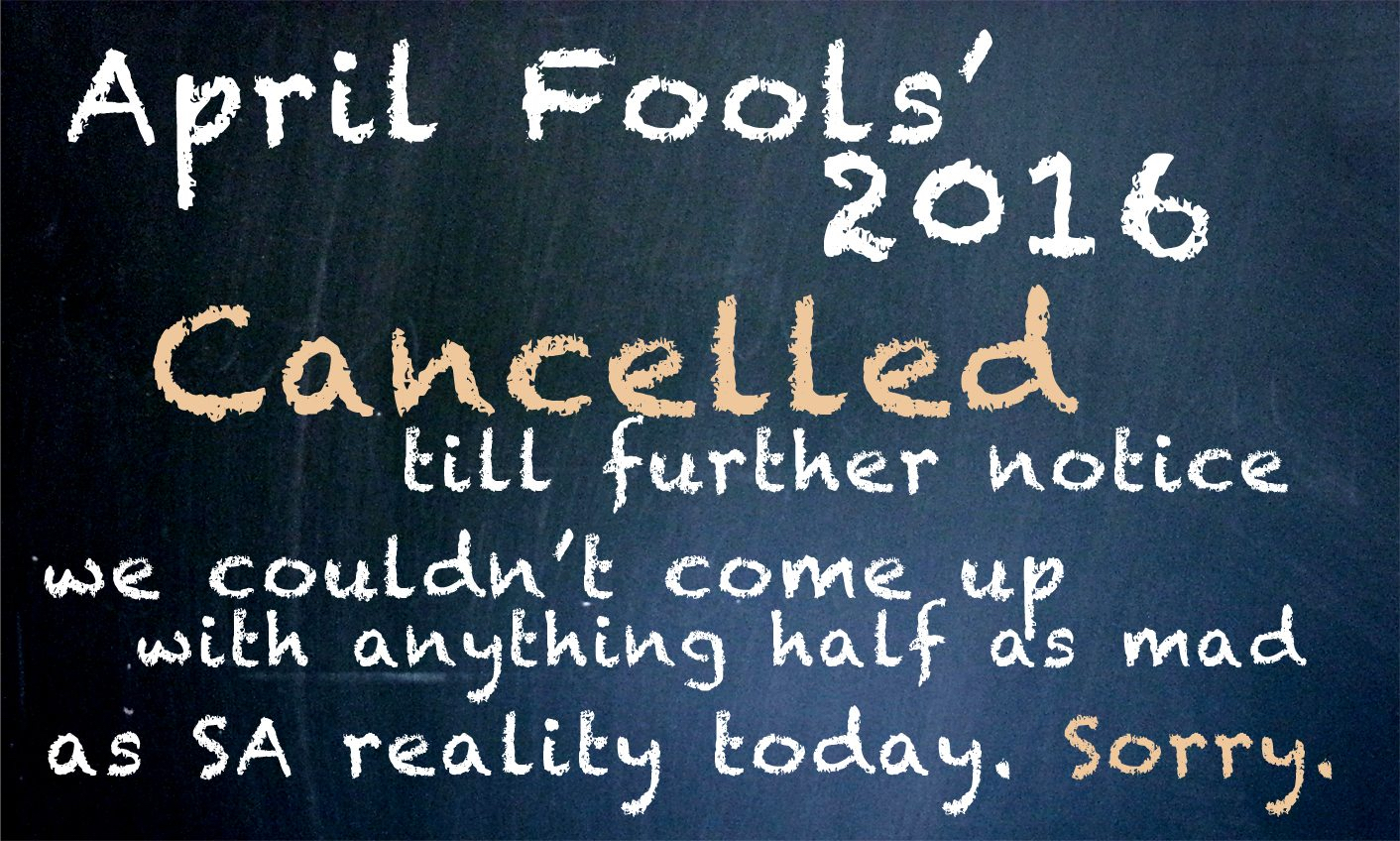 It is 2019 now, and fake news outnumbers the real stuff. The entire reality is waiting to be replaced by another, evil one, as soon as galloping imaging, animation and video technologies enable it.

And this is not a fun thing perpetrated by amateurs. This is a concentrated effort by state actors hell-bent in their mission to reverse the march of global democracies and freedoms that come with it: the freedom to live a meaningful life, the freedom to love and feel fulfilled, the freedom to exist in a world where decency is a norm and not a swear word.

Fake news is but a tip of this iceberg that threatens to crush our civilisation. And yet, they are so blindingly corrosive.

They are nothing new, to be clear. A long time ago, in a country far away, I witnessed how evil people used fake news to bring out the worst in people, instead of their best, how dark propaganda easily turned my friends on all sides into servants of destruction.

And it was all done before the internet, the great enabler of things good, and even greater enabler of all things evil.

In the years since, Zuma and Trump happened. What was one country’s implosion, now threatens the world.

Now I just know. This is not my writer’s block day. In truth, this is the day when I can’t in good conscience add to the confusion created by the professionals. The years-in-the-making crime of relativising truth and murdering reality has not only wounded nations and crippled the future for millions, it has also killed any pleasure of lying deliciously on the morning of the first day of April.

It is sad, but it must be done.