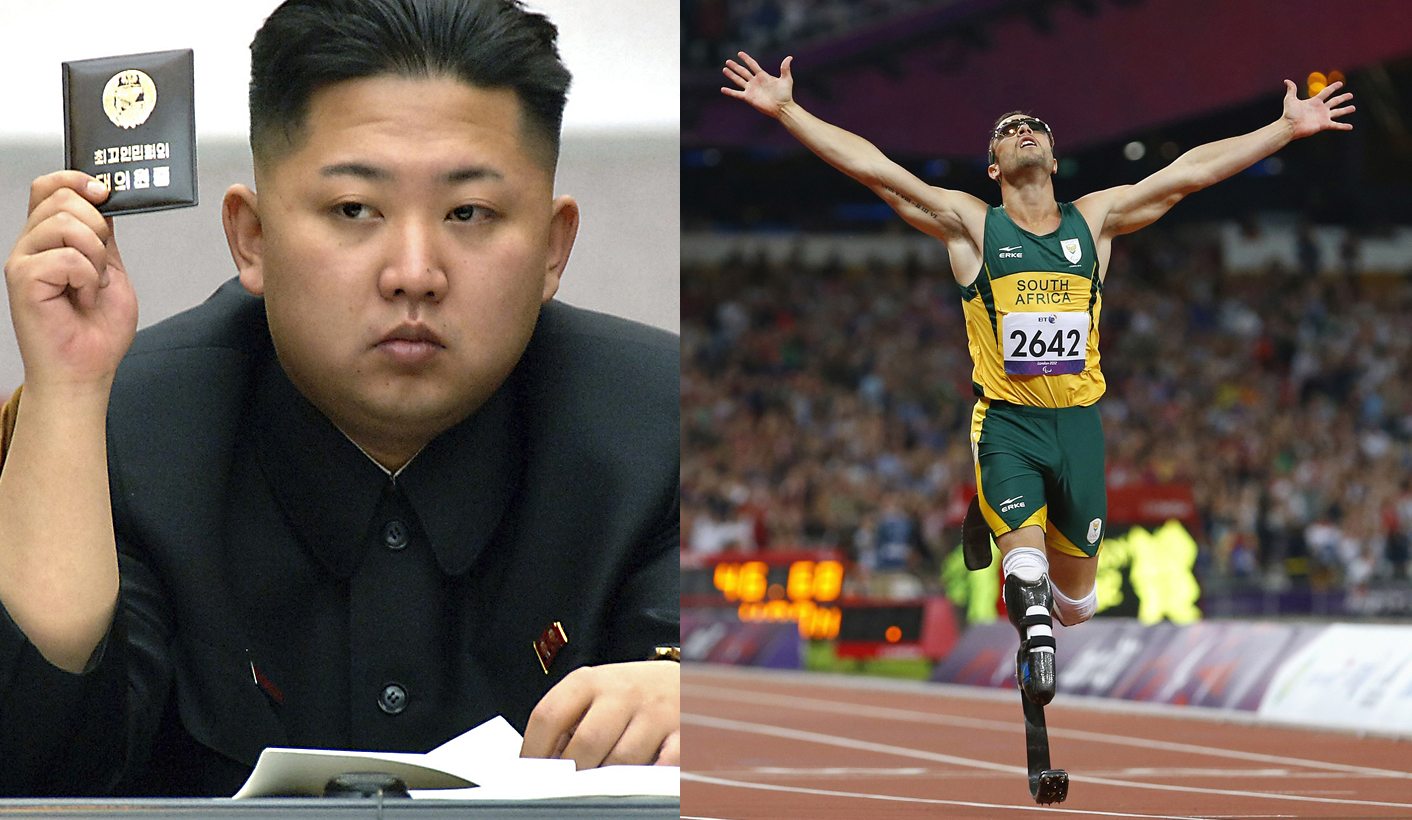 Just days after being allowed to travel while on bail, Oscar Pistorius has received an unexpected honour: A personal invitation from North Korea’s newly-minted and beloved leader, Kim Jong-Un, to join the many worthy celebrities participating in his Friendship Run, a 10km race through the exquisitely manicured streets of Pyongyang.

When he heard of the invitation, Pistorius said: “I’ll take it.”

On hearing that the race was not going to be his favourite 400m sprint, but 25 times longer at 10km, Pistorius curtly replied: “I’ll be fine.”

The Friendship Run is poised to be a massive publicity coup for the young and beloved leader of North Korea, who hopes to eventually rename it The Run to Freedom. And Pistorius’s acceptance was a significant boost for the organisers. After hearing that Pistorius had accepted, Lance Armstrong immediately accepted his invitation, together with the entire legendary US Postal Services team. The magical nature of the Friendship Run has also managed to re-kindle old friendships that have been under strain for some years now: The North Korean Press Agency confirmed that the idea melted the heart of one Tyler Hamilton, who will join Armstrong once again in the line-up, this time on foot.

Armstrong’s decision to run was testament to the global power of the Pistorius brand.

Still, the Friendship Run has experienced setbacks: Kim Jong-Un was said to be deeply hurt by the refusal of US authorities to allow OJ Simpson’s participation in the event. The Young Leader was quoted as saying: “I wish the US Government was more forgiving. They have a lot to learn from South African justice system.”

Dennis Rodman accepted his invitation and announced that he would likely make North Korea his summer home.

Shrien Dewani will be joining the race from the UK, where the authorities got the assurance of his doctors that running in North Korea would positively affect his depression. They were further assured that a newly-energised Dewani would return to the UK after the race.

And in another first, the starter pistol will be fired via satellite from the Ecuadorian embassy in London, by none other than Julian Assange, who will first greet the runners and wish them all the best.

Here in South Africa, expectations of the Friendship Run are at such a fever pitch, that President Zuma’s very own nephew, Khulubuse, is reported to be in daily training. He is reportedly fully aware that the hopes of the entire country are resting on his and Oscar’s shoulders.

And in Cape Town’s ZAR, friends and well-wishers joined Oscar and Kenny Kunene to celebrate the stunning reversal of fate. Champagne corks flew and many an eye got teary while Kunene read a poem to his friend Oscar:

Little darling, it feels like years since it’s been here

Here comes the sun, and I say

The inaugural Friendship Run takes place on 10 May, at 18:00 local time (12:00 SA time) SABC 1,2, and 3 will broadcast the event live. The New Age will have its team in Pyongyang, by gracious personal invitation of Kim Jong-Un. Watch the Twitter stream from The New Age breakfast: North Korean edition. DM