Exclusive: Veterans for Truth to launch The New Age of Independent SABC 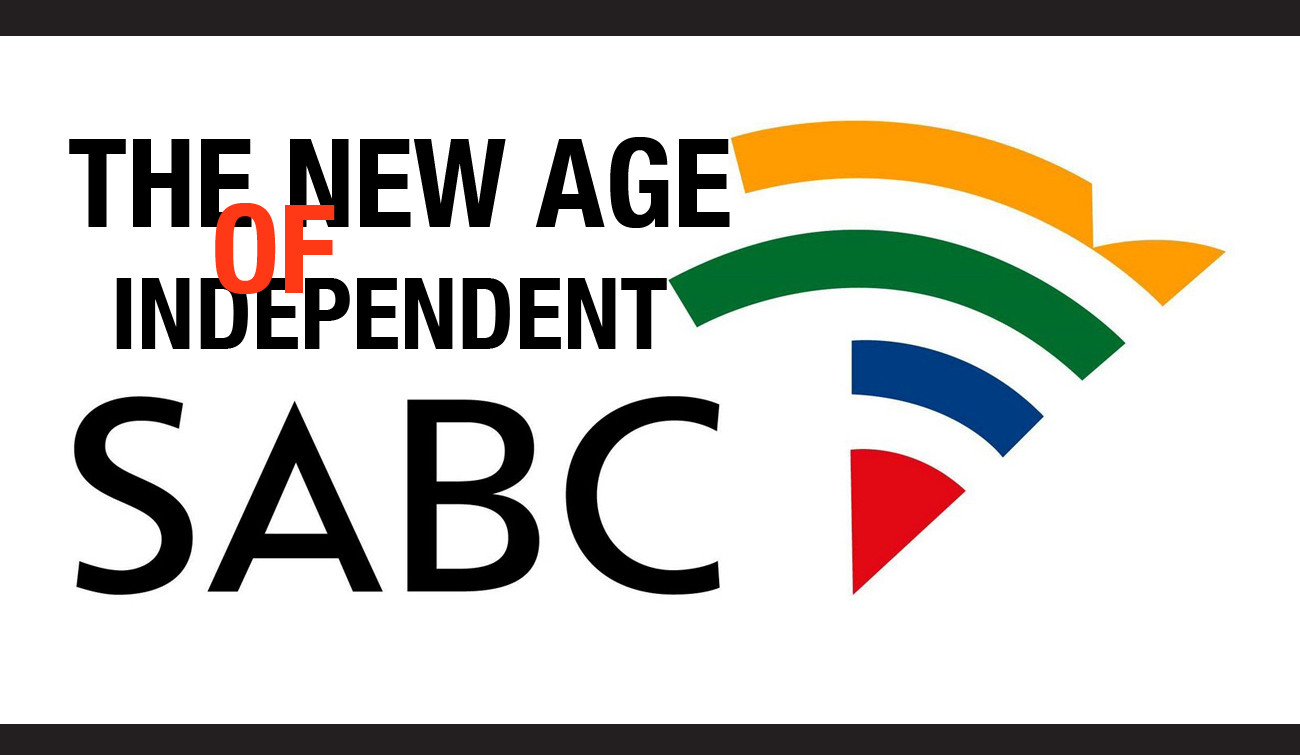 In a move that surprised many and brought joy to even more, The SABC, Independent News & Media and Gupta-owned The New Age/ANN7 are set to announce today that they are merging into one giant entity whose goal would be to, once and for all, tell the definitive truth about South Africa; day in, day out, on all media channels, until Jesus comes. By DAILY MAVERICK STUFF REPORTER.

Many a media watcher has felt distant rumblings beyond the media’s event horizon, a place where facts and truths flowed uneasily from the copy of counter-revolutionary media houses. Not so anymore: South Africa’s greatest, and most experienced, media visionaries and executives, also known as Veterans for Truth, will sign a historic agreement at the stroke of mid-day today, ushering in a new era in our stale, staid and decidedly counter-revolutionary world of media: The New Age of Independent SABC.

These media veterans sat to discuss the future of South African media over The New Age breakfast. SABC’s Hlaudi Motsoaneng, The New Age’s Atul Gupta and Independent’s Iqbal Surve had an important task ahead of them: re-define SA’s media space, or else.

After a few croissants and a rousing speech by Number One, the Veterans were inspired; what happened next will one day be taught in the business schools as THE pinnacle of deal-making: it made economic sense, was helping the country and, above all, would bring TRUTH to a nation starved by its media.

We will return to the main aspects of this historic deal, but before that, we would like to point out that it would not be even remotely possible to do it without the Veterans’ specific strengths: Dr Surve brought to the party his years of experience as Nelson Mandela’s doctor, on and off Robben Island, his global connections (he hobnobs with Clintons, both of them, as well as Barack Obama), his experience of bringing Bafana Bafana out of funk and into the winning of 1996 Africa Cup, to mention only few of the lines in his impressive resume. Mr Gupta brought to the table his exceptional marketing nous, his empire-building experience, as well as wonderful airline and wedding side-businesses. Mr Motsoaneng brought his strong executive will, his troubleshooting capacity and his vision of fairness and equal opportunities for all. And in the true spirit of Ubuntu and the behest of Number One, the new organisation would be structured as a not-for-profit.

But the deal itself reveals the genius side of these Media Veterans. In one fell swoop, the TV, radio and most of the print space, with an ever-growing thunder of online products came under one rightful roof, where they belong. It will make it easy and expedient to tell the truthful stories to the entire South Africa and, ultimately, decide what the truth is anyway. With his long-term vision, Dr Surve is the Chairman of the new entity, the efficient Mr Motsoaneng will be the CEO, and the talented Mr Gupta will serve as the CFO and CWP (that would be Chief Wedding Planner, for the uninitiated).

The structure of the new entity is breathtakingly simple, usually a good indicator of its probability of success.

The New Age of Independent SABC will pool the units’ interests in the following ways:

All of this, of course, left ANN7 feeling slightly out of place, a problem that was quickly sorted through the genius of Hlaudi Motsoaneng, who decided that The New Age of Independent SABC, and South Africa, needed a 24-hour Comedy Channel.

The New Age of Independent SABC will operate from everywhere. Wherever you go, it will reach you, like only the brightest rays of sunshine journalism can. It will make you fall in love with your country all over again and tell you the truth (the meaning of which will be decided upon later).  Yes, South Africa’s media future is so bright, you might just have to wear shades.

“Sometimes the best deals are sitting right in front of us; the ‘why didn’t I think of it’ kind. Media Veterans for Truth opened my eyes today. It was just so obvious, I expect it will open the eyes and ears of every South African who is touched by this fantastic new initiative. The Truth is coming to a media device near you.”

Said Veterans for Truth, in one united and hand-holding voice:

“No more will the imperial powers own this country’s truth through their daily print mouthpieces that are still stuffed with unreformed racists and so-called journalists that refuse to acknowledge the reality of South Africa’s good story to tell. No more will the foreigners, foreign or local, decide what is truth and what is not truth. No more will the media consumers of this beautiful country be straitjacketed into the darkness of the fact-based reporting and the hopelessness that is so much at odds with all the sunshine we enjoy every day these days.”

We couldn’t have said it better. DM