Daily Maverick to snatch up Avusa in R12 billion shocker 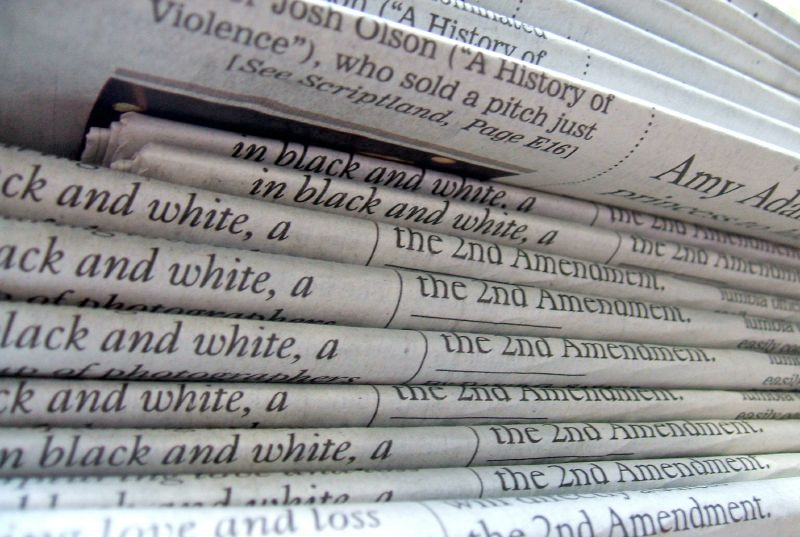 The Daily Maverick today announced a R12 billion hostile takeover bid for media company Avusa, publisher of titles such as the Sunday Times, saying it plans to take full control of the company before the end of May. In terms of the deal, shareholders will be offered R80 per share, a 210% premium over the now-doomed bid from a group involving Capitau, RMB and Mvelaphanda, if they submit a binding undertaking to sell before noon today.

The DM is an unexpected entrant in the battle for Avusa, a prize long eyed by various politically-connected groups and individuals, and said the decision to snap up the company was motivated primarily by a wish to ensure the scrupulous editorial integrity of the newspapers and magazines it publishes.

“We’ve always thought that paper is the medium of the future, a quantum leap up from what we can achieve online in terms of speed and cost-containment,” said DM editor Branko Brkic. “Avusa, with its strong commitment to cutting-edge printed products such as telephone directories is a real treasure. But we’re also making this offer because we  don’t want any political party to have undue influence over a newsroom, and that is what we’re afraid may happen if we don’t step in. We’ve never had political interference in a broadcaster or publisher in South Africa, not ever, and we’d like to keep it that way.”

Market watchers said the terms of the new bid were highly unusual, both in terms of the enormous premium offered and the incredible apparent haste. A promise to pay shareholders in their choice of guaranteed-fresh R200 notes, plots of land in national parks, or (in the case of major institutional investors) barely-used attack aircraft, also raised some eyebrows.

“It is a little unusual for somebody to come in at this stage in the takeover game and immediately offer to pay three times the price anybody else thinks the company is worth,” said analyst Stan Lay. “They must have something very lucrative planned if they think they can make back all that money.”

Brkic said the transaction would be settled in cash from a war chest The DM had assembled using several billion it had raised in second-round funding for its own expansion, and that paying only in newly-printed bills or military equipment was simply a way to inject some fun into a routine transaction.

“It’s a bit of an embarrassing story,” Brkic laughed when first asked where the money had come from. “One of our directors went to a casino one night, and he had a little too much to drink. He had this cheque in his pocket, I think it was for R2.5 million, and he thought  it would be funny to put it down on number 13 on the roulette table. It was only when the  ball landed on number 13 that he found out it was actually considered a serious bet.”

According to Brkic, the drunken director decided to let his winnings ride on the same number, which ended up being a winner three times in a row. After he had bought several rounds of drinks for the entire casino, just over R12 billion remained.

A query to the Global Association for Casinos (GAC) revealed that no gambling institution had ever made a payment of that size, and South African operators said they would never allow a drunk to bet anything more than R100 million at a time. Confronted with this information, Brkic said he had not been entirely honest because he had wanted to protect a sensitive trade secret, but insisted that the money had indeed been made completely legally through gambling.

“The truth is that we made it playing online poker. We perfected a journalism robot years ago, and everything you see published on The Daily Maverick is actually written by a  computer. All of us have just been sitting in the office, playing poker on the web, to make it look good.”

He also said the need to conclude the entire deal before the end of April was because the company had to wash its hair in May.

Early indications are that The DM plans to bring a heavy emphasis on politics to the titles it will control through Avusa. Mock-ups dated in the first three weeks of May and scattered across desks at the company’s offices reveal dummy headlines such as “Cope: the only honest party in the history of the world” for the Sunday Times, “Cope discovers cure for cancer” for the 50% Avusa-owned Business Day, and “How to look your best in your Cope T-shirt” for Elle magazine. DM

UPDATE: If we didn’t make it quite clear enough, this is not, in fact, the truth. The Daily Maverick does not intend buying Avusa, and certainly doesn’t have R12 billion to spend. Happy April Fool’s Day, and remember: never believe everything you read. Even if we almost never make it up.