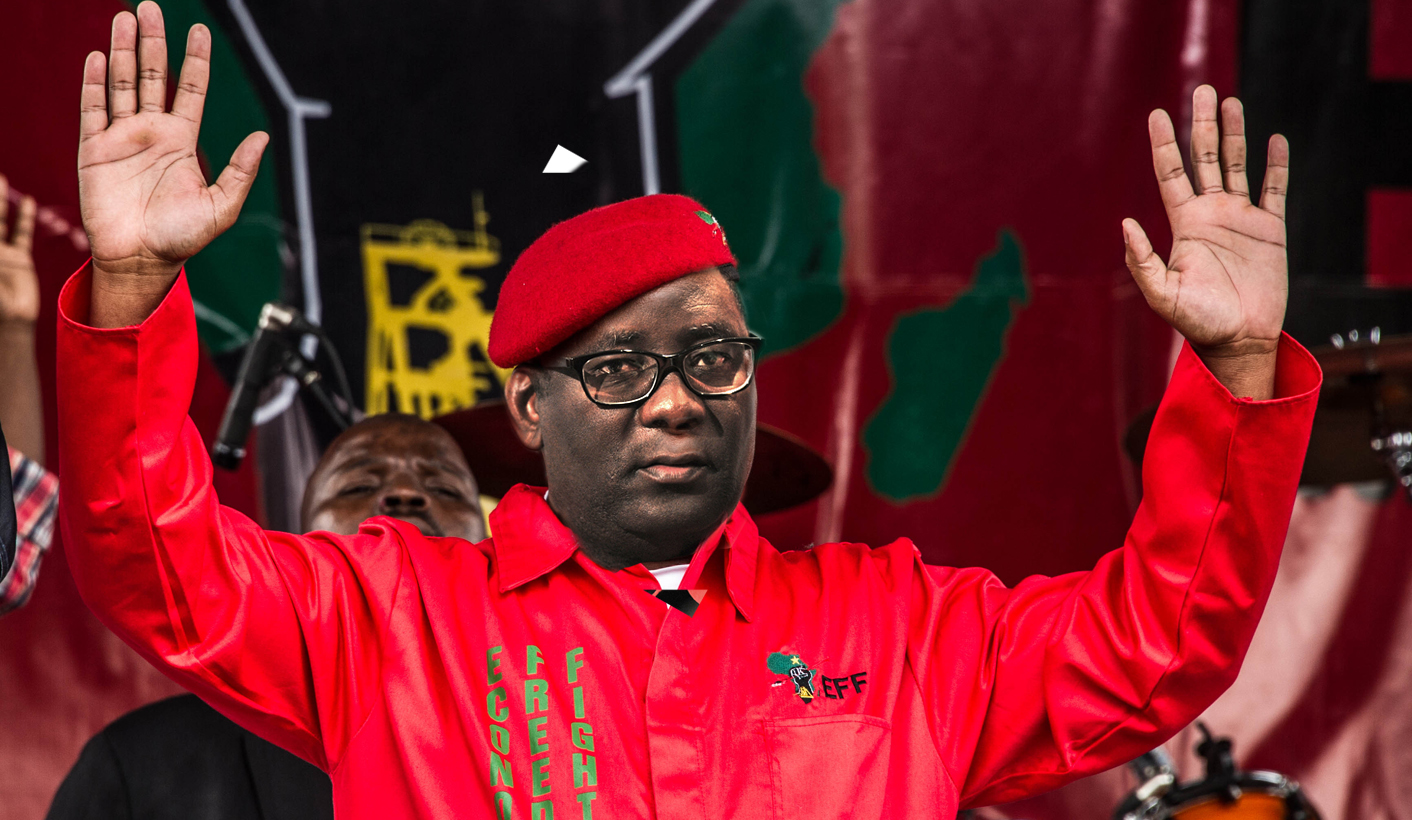 In a stunning move that took almost every political analyst in the country by surprise, sacked Cosatu Secretary General Zwelinzima Vavi will replace Julius Malema at the head of the Economic Freedom Fighters until the Commander in Chief has warded off corruption charges. And along with him comes another out-of-left-field appointment. By DAILY MAVERICK STUFF REPORTER.

During a shock press conference called overnight by the Economic Freedom Fighters (EFF), President and Commander in Chief Julius Sello Malema said that he would step down from his leadership roles with immediate effect in order to fight a slew corruption charges regarding the non-payment of taxes.

In his stead, recently fired former Cosatu Secretary General Zwelinzima Vavi will take over both roles on an interim basis. Vavi has a reputation for calling lengthy press conferences in which he says nothing, but on this occasion the information spilled out at a near supersonic rate.

Vavi and the EFF Central Command Team (CCT) quickly described what they called a “Coalition of the Willing.”

“We are a Marxist-Leninist Fanonian party,” Malema stated. “And Vavi has read almost all of those books.”

“Yes,” agreed Vavi, who was garbed in the EFF’s signature red overalls and beret. “It has so far not been that much of a jump for me. Even the clothing has—how shall we say?—been borrowed from Cosatu. So I feel quite comfortable in this get up.”

Vavi will bring a wealth of organisational know-how from his many years as a union organiser, and the EFF CCT were particularly excited about his experience in acquiring party headquarters.

“He is a peerless locator of buildings,” said deputy president Floyd Shivambu. “We should have a nice new home shortly.”

“What can we say about Fighter McBride that has not been said?” asked Malema, in a tone of voice that suggested he was being rhetorical. “He will bring a much needed strong arm to an already powerful organisation, and give us the will and the wit to fight Zuma lapdogs like Richard Mdluli”—a reference to the feared suspended head of crime intelligence—“who is behind so many of our troubles.”

The newly revamped EFF is the third iteration of a party that saw founding members Andile Mngxitama and Khanyisile Litchfield-Tshabalala, among others, leave the fold after an acrimonious peoples’ conference in Bloemfontein last December. Vavi and McBride have also been subject to their own interminable controversies. With all this bad blood, asked reporters, how could the nascent party win the confidence of undecided voters?

“It is not about being unblemished,” insisted Vavi, who was sweating profusely under his hard hat. “It is about being committed to economic freedom in our time. As interim CiC, I know that our elected president will beat his charges and will come back stronger than ever. And when he does, I’ll make sure that he has a great building in which to continue his fine work.”

“We did not borrow the red from Cosatu,” said Malema, before reporters filed out of the conference. “The red belongs to Fighters. It will be a learning curve for some of our new members.” DM