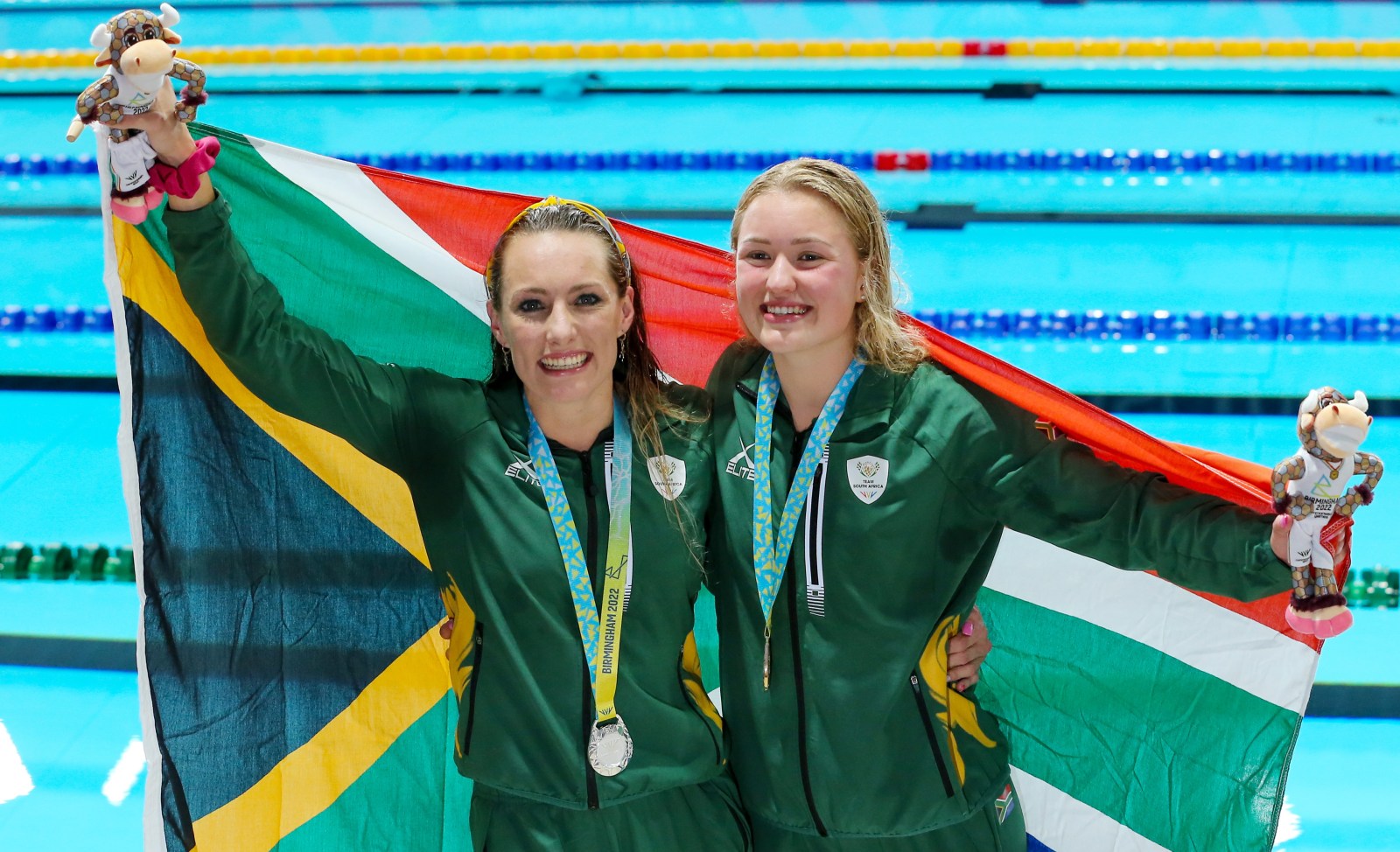 The Commonwealth is conquered, now bring on the world. For the second time in 72 hours, Lara van Niekerk blew away the opposition on her way to winning gold at the Commonwealth Games in Birmingham – this time adding the 100m breaststroke title to the 50m crown she won so impressively.

At just 19, Van Niekerk has come out of the shadows and is now set to blaze a breaststroke trail. Penny Heyns started it in the 1990s when she broke 14 world records and won three Olympic medals, which Tatjana Schoenmaker continued at the 2018 Commonwealth Games and last year’s Tokyo Olympics.

That’s not to say Schoenmaker is disappearing from view. She added 100m silver to the 200m gold, just like she did in Tokyo, although now there’s another kid on the block.

And the joyous display of unity and camaraderie that Schoenmaker has shared on the podium with Kaylene Corbett in the 200 and now Van Niekerk in the 100 in Birmingham shows what a champion she remains. If anything, it highlights how dominant South Africa is in the world of women’s breaststroke swimming.

Although the world has been in awe of Schoenmaker over the past few years, Van Niekerk announced herself in Birmingham and will go away with two gold medals and three Longines watches, courtesy of breaking three Games records in the 50m breaststroke.

Here she stepped up to the 100m, though, taking on Schoenmaker, the Olympic silver medallist. Could the teenager convert that raw 50m speed into something that required more stamina over the longer distance?

Would her nerves hold against the formidable champion in the lane next to her? She answered that question emphatically and did so by pulling away from the field in the last 50m to take gold in 1 min 05.47sec. That swim would have won her the world title in Budapest in June, which shows that she’s now dining at the top table of the sport.

Read more in Daily Maverick: “Tatjana and Kaylene – ‘It’s nice to cry on the podium, rather than next to the pool’”

Van Niekerk came into the final as the race favourite, in lane four, with Schoenmaker in lane five and Kaylene Corbett in lane one, making it a trio of South Africans in the final at a packed Sandwell Aquatics Centre.

All three have been inseparable in their athletes’ village at the University of Birmingham and there was again genuine interest in how each were to perform on this big night.

Van Niekerk pulled away in the middle lane and led Schoenmaker to the wall at halfway in 30.26sec. That lead was 0.66, which is quite substantial at this level.

It was also predictable, given what she’d shown in the 50m. Now, though, the Olympic silver medallist, who has been virtually unbeatable over 200m for the past few years, was surely going to claw her back on the way home?

And as much as Schoenmaker tried, her teammate was faultless and in fact came home 0.55 quicker than her. Schoenmaker (1:06.68) held on to take silver ahead of Australia’s Chelsea Hodges.

“I’m speechless,” Van Niekerk said. “I don’t think this will ever sink in. After the Worlds in June, which wasn’t the best gala for me, this means a lot.

Read more in Daily Maverick: “‘If it were not for judo, I would probably have dropped out of school,’ says SA’s latest gold medal winner”

Corbett, who had swum the race of her life in dipping under 1:07 in the semifinal, was clearly fatigued by that effort and finished seventh in 1:07.62.

All three will take medals home with them, and they have claimed five of the nine breaststroke medals on offer here. It is a phenomenal achievement and even though Van Niekerk takes the individual accolades, it was truly a team effort.

Afterwards, Schoenmaker highlighted the special bond between the sisters of the pool. “I’m very happy. I came to do my best and that was the best on the day for me. It wasn’t my best time, but I have found these Games quite challenging mentally, coming off the highs of Tokyo only last year.

Read more in Daily Maverick: “Powell’s era of brilliance is almost over, but the Blitzboks are far from finished”

“I came here to take in the experience. I don’t normally wave and smile, but I wanted to take it all in. I’m so happy to be part of this team. It’s weird being the senior because for years I have been one of the juniors. Seeing them take home the medals here has been a privilege to share those moments with them.