Tatjana and Kaylene – ‘It’s nice to cry on the podium, rather than next to the pool’ 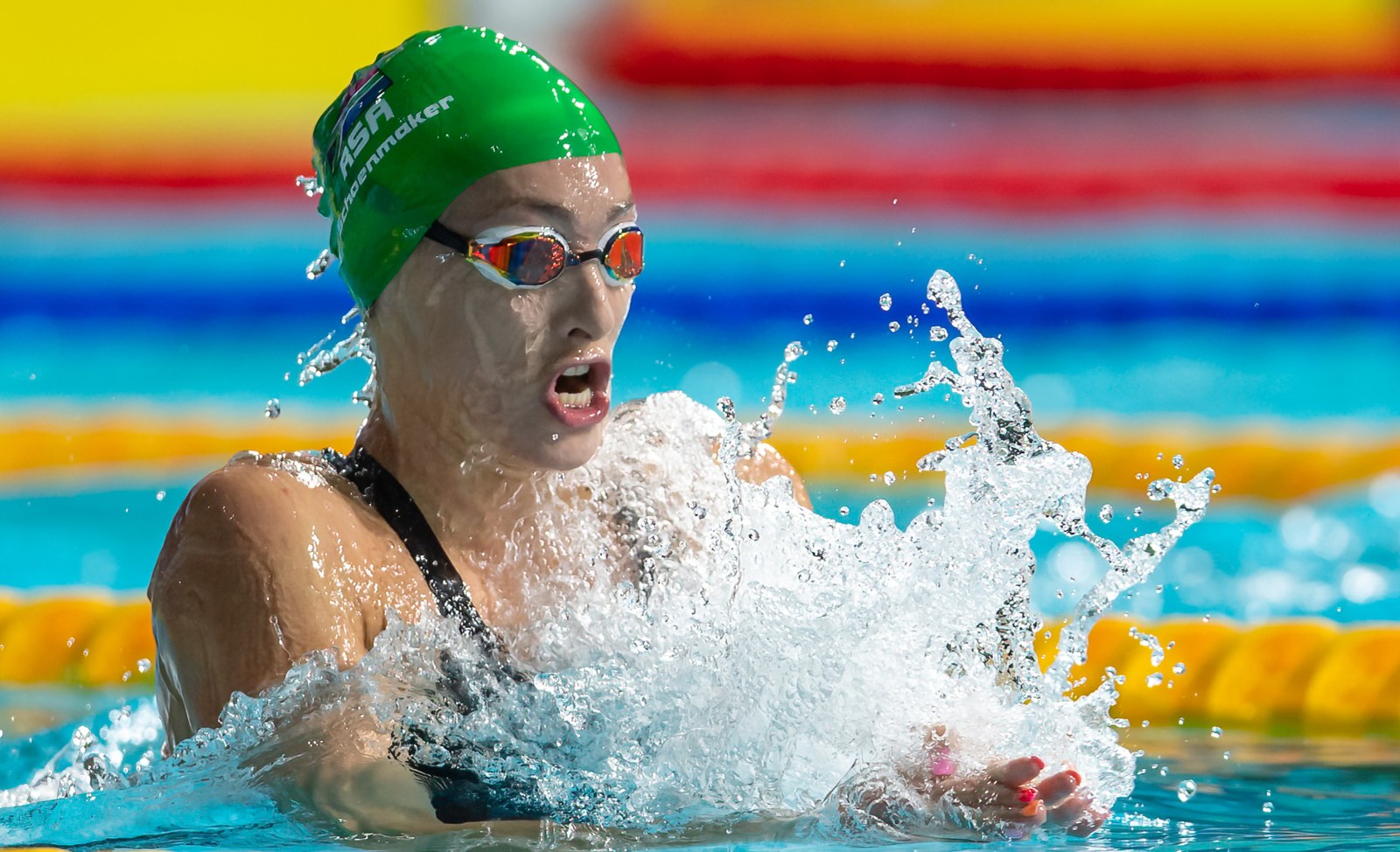 Tatjana Schoenmaker, Chad le Clos and Kaylene Corbett made it a full set of medals for Team South Africa in the pool.

South African swimmers added a full complement of medals to Team South Africa’s collection at the Commonwealth Games in Birmingham on Sunday night.

Olympic champion and world record holder Tatjana Schoenmaker made sure the gold was never in doubt in the 200m breaststroke, the defending champion leading from start to finish to win in a time of 2:21.92.

Claiming bronze in the same race was Schoenmaker’s Tuks teammate and friend Kaylene Corbett, who produced a great final 50m to finish in a time of 2:23.67, with Australia’s Jenna Strauch taking silver in 2:23.65.

“It’s obviously amazing,” said a thrilled Schoenmaker afterwards. “Four years ago Kaylene was standing in the crowd and she’s always crying for me, so for me it was the happiest moment.

“I really didn’t care what my result was – I was so happy for her to win her first international medal and then the blessing is to share that podium. We’re so proud to wear the green and gold but being able to sing that anthem together, we just felt united with our country in that moment,” she added.

An equally emotional Corbett said: “We’ve fought for women’s sport since 2016 when none of the South African girls made the Olympic team, but we’ll keep fighting until we’re done swimming, so this is definitely a step in the right direction having two girls on the podium in comparison to 2018 when she was on the podium and I was crying in the stands; so I must say, it’s nice to cry on the podium than next to the pool.”

Also making a trip to the podium was Chad le Clos, who was looking to make it four consecutive golds in the 200m butterfly at the Commonwealth Games but was just out-touched by New Zealand’s Lewis Clareburt – Le Clos taking silver in 1:55.89 and Clareburt the gold in 1:55.60.

“I’m gutted not to have won, I’ll be honest with you,” said Le Clos, who won his Olympic gold in the same event exactly 10 years ago to the day.

“I was stinging in the last 50m. But fair play to Lewis, he broke the national record this morning and again tonight – he had a great race. It is what it is.

“I’ll take the medal for sure, but I wanted the gold. That’s what I was planning on coming to do.”

In winning the silver Le Clos nevertheless equalled the record for the most medals won by any athlete in Commonwealth Games history – taking his overall haul to 18.

In the other finals of the evening, Emma Chelius finished just out of the medals in fourth (24.78), with Erin Gallagher eighth (25.39) in the 50m freestyle.

“It was an incredible experience, I loved having Erin in the lane right next to me… It’s a season’s best, so I’m really happy with that. I’m just so grateful to have had that experience and I’m definitely going to keep learning and building on it every time I race so I can put it into practice for future races,” said Chelius.

Rebecca Meder celebrated her 20th birthday with a seventh-place finish in the 100m backstroke in 1:02.06.

“I think I was ranked 15th, so to finish seventh is amazing… it’s been a great night of racing for South Africa as a whole,” she said.

“That was my first big senior international final, so I enjoyed every moment and soaked it all up and I’m so excited for tomorrow.”

“It was good. It’s not the race I’m focusing on – tomorrow’s the big one – but it was really nice being here racing, the crowd was amazing, and it’s been a privilege to be able to go out twice, which not many of the Para athletes get to do, so I’m really honoured to be here,” said Sadie.

Having already collected gold in the 100m backstroke on Saturday, teenager Pieter Coetzé continued his winning form in the semifinal of the 50m backstroke. He won in 24.81 to go through to Monday’s final as the fastest qualifier.

“It’s amazing, I’m very happy with that. Last night was a late night – the sessions are quite late in the evening so I’m glad to get it done now so I can go and rest. And today I just wanted to make the final, so job done.”

Also making her way safely through the semifinals was Gallagher who powered to a national record time of 26.17 in the 50m butterfly to finish second in her semi to qualify second-fastest for Monday’s final.

“I think I was quite relaxed and that always helps. I was just very excited to race and I think that’s something that I’ve lost over the years so I’m slowly getting it back,” said Gallagher afterwards.

“I think my goal for tomorrow is just to have fun and if I break 26 seconds, that would be a cherry on top, but I’m so excited to be racing again and we’ll see what happens in the final.”

Gallagher was back in the pool for the 4x200m freestyle relay final with Team SA teammates Aimee Canny, Dune Coetzee and Michaela Pulford, who finished fourth in 8:02.25. The race was won in world record time by Australia in a sensationally quick 7:39.29. DM