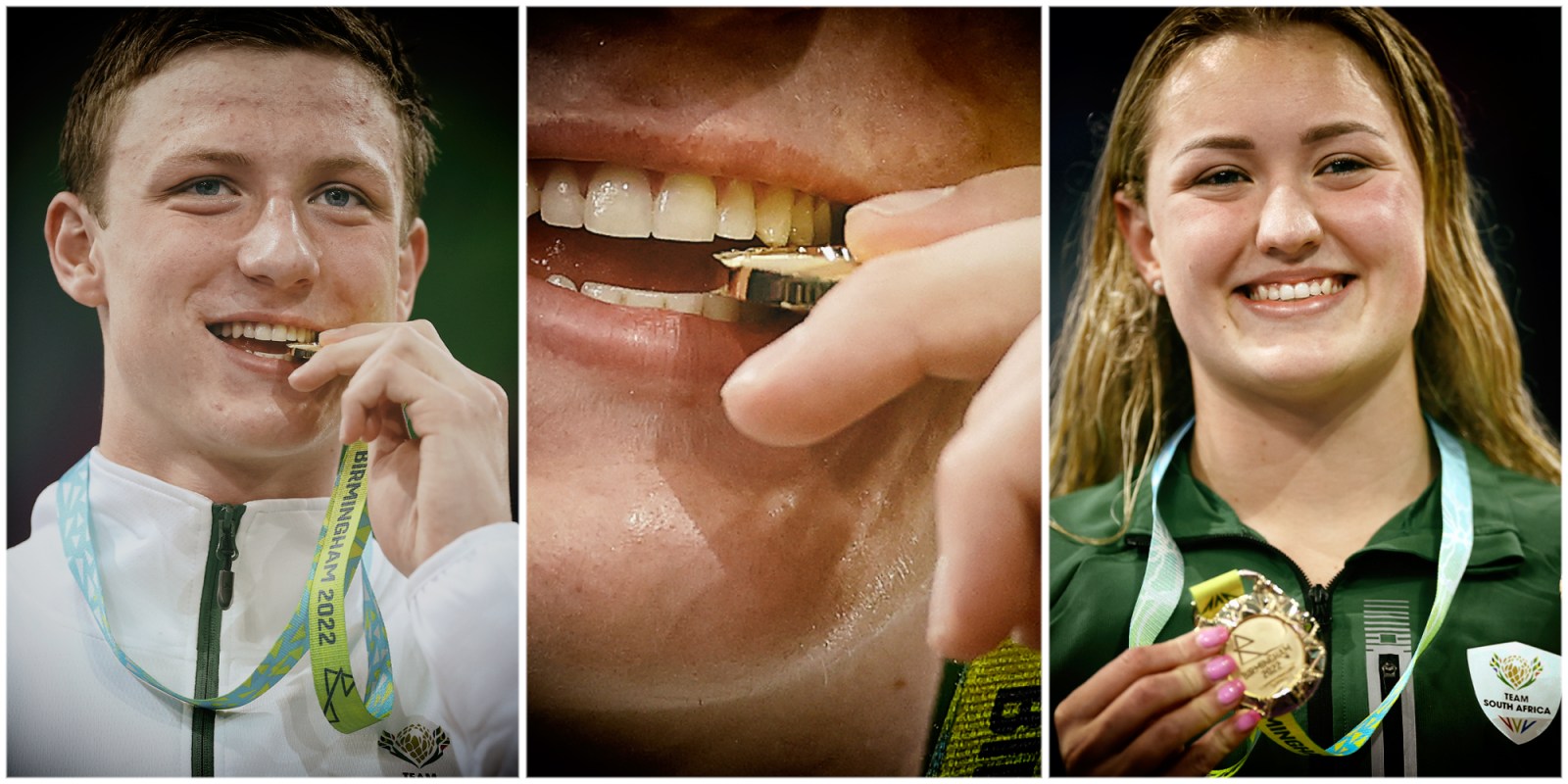 Teen swimming sensations Lara van Niekerk and Pieter Coetzé led the medal charge on the second night of swimming at the Commonwealth Games in Birmingham, on Saturday.

She claimed the victory in a Commonwealth Games record time of 29.73 seconds. Tatjana Schoenmaker finished fourth in 30.41 and Kaylene Corbett sixth in 31.10.

“It felt amazing, the crowd was going wild, so I knew it was going to be close. But I was just happy that I could swim the second-fastest time I’ve ever done. And to win a medal is a bonus, so I’m super-happy,” said the beaming 19-year-old Van Niekerk afterwards.

Olympic champion Schoenmaker, whose focus will be on her main 100m and 200m breaststroke events, was thrilled for her teammate to claim the first medal of the Games for South Africa.

“It’s amazing – we’re always supporting women, so it’s great to have a woman grab the first one. We can just be so proud of them. Being the senior now in the group, it’s nice to see the juniors come up and take the win,” she said after the race.

Later in the evening, Pieter Coetzé outgunned the field in the 100m backstroke final, speeding to gold in 53.78 seconds.

“It was definitely a bit closer than I expected, and I was definitely expecting to go a bit faster than the semi, but my coach told me it’s not about times at all; it’s just about getting the win. It’s my first international medal and it’s amazing to get a gold,” said Coetzé.

“I was so tired – especially swimming the 200 and 400 heats this morning as well, but next time I’ll probably be more specific and choose between them,” said Sates. He still has to compete in the 200 individual medley, 100m butterfly and 100m freestyle.

Four other South Africans booked places in their respective finals.

“I’m really proud of all our South African girls,” said Chelius. “I was very happy to dip under that 25-second mark, and hopefully I’ll go faster tomorrow night.”

Also making her way through was Rebecca Meder, who finished fourth in her 100m backstroke semi-final, in a personal best time of 1:01.71.

“I’m very happy. Coming in, I was only ranked about 15th, so it’s a big PB for me and I’m hoping that tomorrow, on my birthday, I get a PB again,” she said.

“With sprinting, there are so many things you can work on to try and drop a split, so if I can drop 0.3 or 0.4 tomorrow I will be over the moon. I’m just stoked to be in the final to be honest.”

The other South African to progress was Brenden Crawford in the 100m breaststroke, after finishing fourth in his semi-final in 1:00.64. Just missing out was Michael Houlie, who finished fifth in the same race, in 1:01.24.

“The 50 was my main focus, coming into this competition, and I think the 100 was more preparation for Paris [2024]. I feel like I’m learning every time. It’s all practice towards that,” said Houlie afterwards.

Alani Ferreira (30.89) and Cornelle Leach (31.34) finished seventh and eighth respectively in the women’s 50m freestyle S13 final – the only event on offer for visually impaired swimmers.

Ferreira explained before the event that it was not a distance she would normally compete in, but said afterwards: “It was actually a lot of fun. I enjoyed it a lot more than I thought I would. I got to push myself in ways that I normally don’t, so a bit of a change was nice.”

Leach added: “It was a good race. I did better in training this morning, so it’s just the nerves that got to me. But at the end of the day, we’re here, we swam it, we got to represent our country, so those are all wins.”

The men’s and women’s 4x100m freestyle relays ended off the night’s action with the SA quartet of Aimee Canny, Chelius, Nel and Gallagher finishing fourth in the women’s race in 3:40.31. The team of Guy Brooks, Clayton Jimmie, Andrew Ross and Brenden Crawford finished sixth in the men’s race, in 3:23.41. DM