‘If it were not for judo, I would probably have dropp...

‘If it were not for judo, I would probably have dropped out of school,’ says SA’s latest gold medal winner 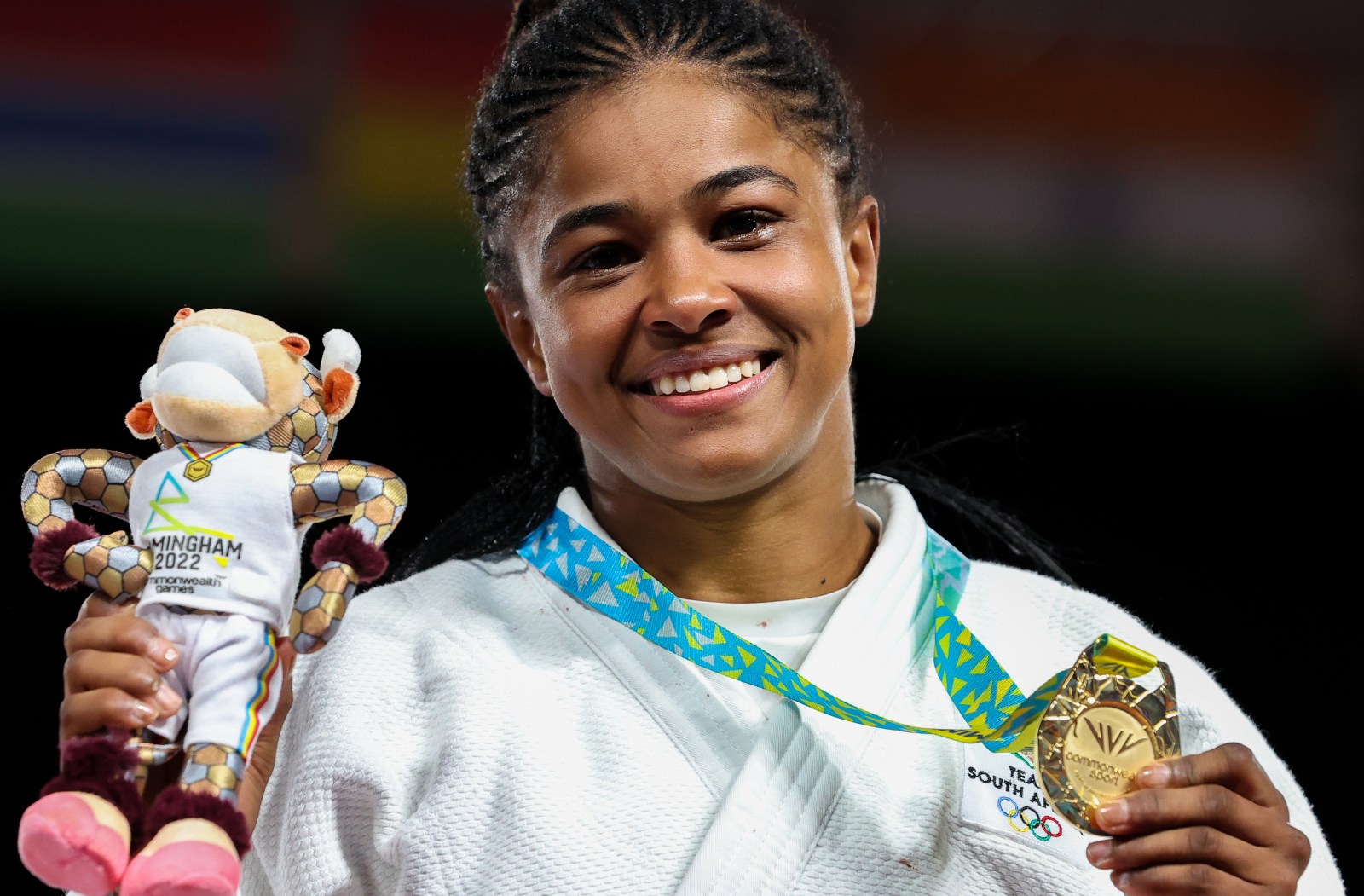 When South Africa’s Michaela Whitebooi won gold on the judo mat at the Commonwealth Games, it was the culmination of a journey that started in tough circumstances.

When Michaela Whitebooi steps out of her “girly-girl” shoes and puts on her judoji she undergoes a transformation in more than one sense. “I turn into a bulldog,” the 26-year-old says.

And at the Coventry Arena on Monday, she became that “bulldog monster” she so enjoys as she fought her way past Wales’s Ashleigh-Anne Barnikel, England’s Amy Platten and, finally, India’s Shushila Debi Likmabam on the way to winning Commonwealth Games gold in the women’s 48kg division.

“I love fighting,” Whitebooi says. “I love the training, putting the body through the extremes. Getting ready to fight. The body hurts, it really hurts. Judo’s a tough sport.

“And, yes, I’ve often thought about how I would do in the UFC. I love watching it. The violence, the pain. The thing is you have to inflict the pain, not be on the receiving end.”

At the Games she was dishing out the punishment, hearing the voice of her absent coach, former Bulgarian Olympian Nicola Filipov, throughout the contest in the final.

He was in Covid-19 isolation but a constant presence from his room in Birmingham. “We really trained hard at home and coach pushed me hard.

“Even though not here, I listened to his voice, I had his voice in my head to push and push until the end.”

Read more in Daily Maverick: “Tatjana and Kaylene – ‘It’s nice to cry on the podium, rather than next to the pool’”

Whitebooi had used her Tokyo Olympics disappointment to good advantage at the Commonwealth Games. There she had lost in the opening minutes to world champion Paula Pareto and her Games were over as soon as they had started. She’d battled Covid and all the lockdowns South Africa had enforced in the months building up to Tokyo, but she was much better prepared for Birmingham.

“Tokyo really helped me here. It was almost the same set-up and I was motivated. It was hard going into the fights here because there were three in the day for me and we don’t fight that often in South Africa.”

Whitebooi walks around in her sandals not even 1.60m tall and weighs 50kg, before sweating off the excess to get down to her division’s 48kg fighting weight. She’s a black belt – “actually a first dan, but you can say black belt” – and is South Africa’s top-ranked judo fighter.

She hails from Gqeberha but now calls Pretoria home where she is enrolled at Tuks. She is used to pain and hardship and has spent more than half her life without a father. It has been her mom, Minnie, who was employed as a domestic worker, who kept things together when they could so easily have fallen apart.

“My dad passed away some 14 years ago… I don’t know the exact circumstances, but it was something with his heart,” she said. “My mom had to take on the roles of both parents. It was a challenge for her and it still is. Although I live in Pretoria we are still very close.

“If it were not for judo, I would probably have dropped out of school as a lot of my friends did. Where I grew up, gangsterism and drugs are rife.

“So, who knows how my life would have played out? I love judo but with this love comes a great responsibility to work hard. For me, judo has always been a means to make something of my life, and through it I got the opportunity to study and get a degree,” she told Team SA.

In 2018, Whitebooi obtained her BComm financial science degree and a year later completed her honours in internal auditing.

Even though a fight is four minutes long – longer if scores are level and it goes to a Golden Score – Whitebooi says it feels a lot longer.

Read more in Daily Maverick: “Powell’s era of brilliance is almost over, but the Blitzboks are far from finished”

“The first two minutes are usually okay, but then it gets really tough. Those four minutes feel like 20 minutes, they’re painful and so sapping, and more anaerobic than aerobic. The lactic acid makes your muscles tense up as if in spasm. The cramps have to be attended to by muscle massaging and ice packs.

“I don’t like losing and I can never get used to the feeling. You might look at me and think I’m not going to put up a fight. If you do think that, you’re way wrong. I love fighting. I’m not scared of anyone. I’m not scared of getting hurt either – although that’s never the plan.” DM