Politicking from day one as suspended Public Protector... 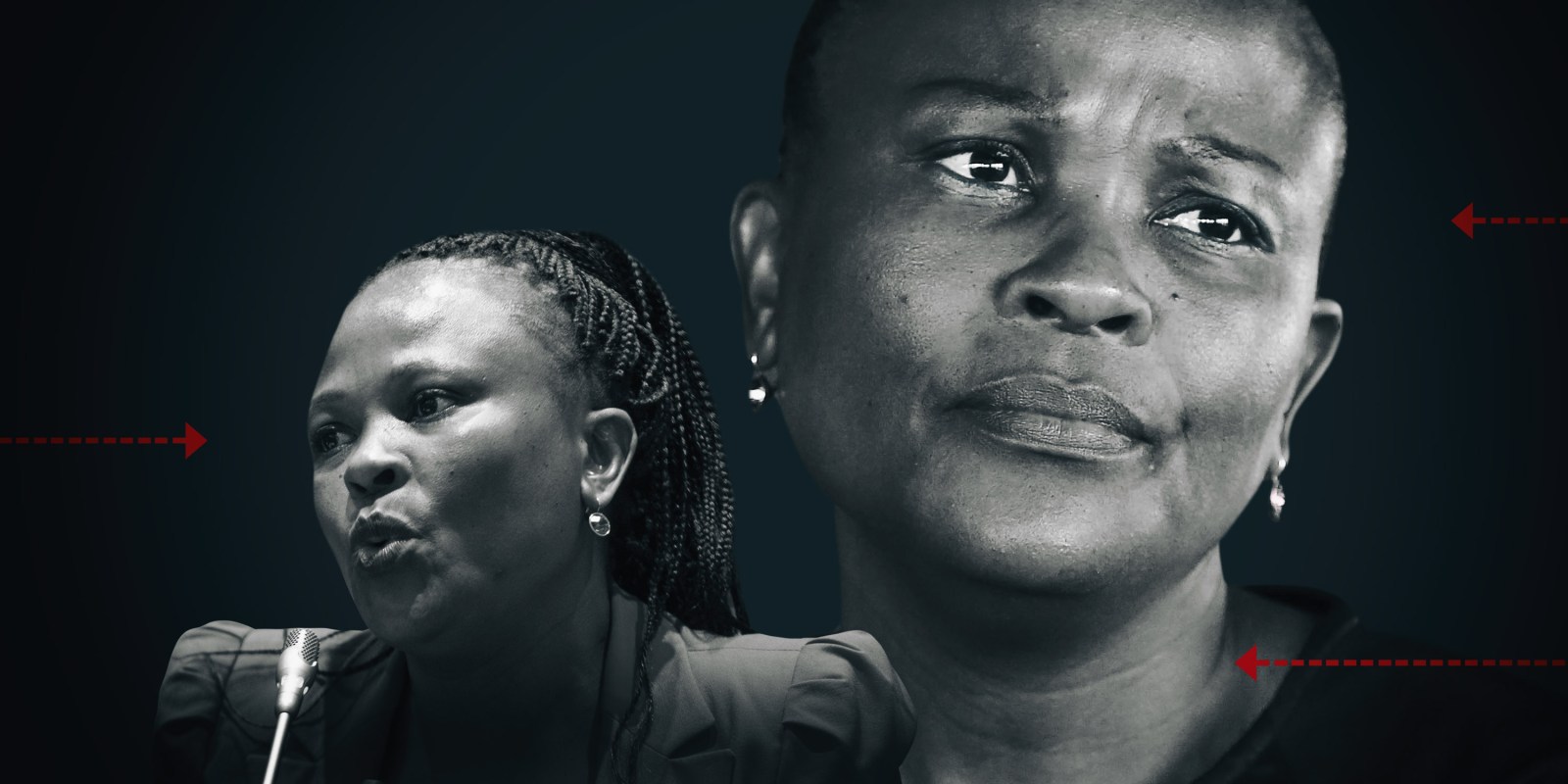 On the first day of the Section 194 impeachment inquiry of suspended Public Protector Busisiwe Mkhwebane, the faultlines of strategy and tactics emerged — insistence on public accountability for misconduct and incompetence, or one woman’s David versus Goliath battle.

Given the politicking around suspended Public Protector Busisiwe Mkhwebane, setting out the ground rules was important on Monday, day one of the unprecedented parliamentary inquiry into impeaching a head of a constitutionally established Chapter 9 institution. The governing ANC’s Radical Economic Transformation grouping has adopted her, as has the EFF in no small measure — also with support in court action — while other opposition parties including the United Democratic Movement (UDM) are also supportive.

The politicking emerged almost from the get-go — over the presidential suspension of Mkhwebane pending the Section 194 committee proceedings into her removal from office.

UDM leader Bantu Holomisa raised the suspension and wanted answers from the evidence leaders on the Section 194 committee’s role in this. None, and thus nothing further could be said, was the response.

Advocate Dali Mpofu SC, representing Mkhwebane in the impeachment inquiry as in court, however, again raised presidential bias — and how this bias also affected the Section 194 inquiry because President Cyril Ramaphosa wrote of his intention to suspend Mkhwebane seven days after National Assembly Speaker Nosiviwe Mapisa-Nqakula on 10 March wrote to the President to inform him of the Section 194 committee inquiry into the Public Protector’s removal from office.

That suspension came into effect on 9 June, after a period for Mkhwebane to tell Ramaphosa why she should not be suspended.

Regardless of several legislators pointing out how the Office of the Public Protector is continuing all its investigations, Mpofu maintained the point of bias, and the related argument that the parliamentary proceedings were infected, because Ramaphosa had suspended Mkhwebane while she was investigating several complaints against him, not least of which the Phala Phala farm forex saga, on which the President has remained schtum pending “due process”.

On 1 July, acting Public Protector Kholeka Gcaleka, in a public statement, said that all investigations remained on track and were ongoing.

“What was this rush to suspend her?” Mpofu asked. He styled Mkhwebane as “the one solitary woman, who is the biblical David against all you Goliaths”.

He said the suspension on 9 June meant Mkhwebane had no access to her computer, to documents needed to prepare for the parliamentary proceedings and to other required resources until 7 July.

Describing steps against Mkhwebane as “humiliation”, “sabotage”, and “shackling” her hands and feet, Mpofu said the steps taken were so “she could be lynched by the lynch mob after her”.

Or, as Mpofu put it in his opening statement, which lasted for more than two hours: “The Constitution has been serially violated for us to get here. Some wanted for us to come here by hook and by crook and mostly by crook.”

This emotive language and describing Mkhwebane as victimised at the parliamentary impeachment inquiry on Monday was not unlike the view taken in previous court proceedings that had sought, unsuccessfully, to interdict the suspension and this inquiry since mid-2020.

Later on Monday, Holomisa proposed that the Section 194 committee should request an independent outside legal opinion regarding Mkhwebane’s suspension. “I am not satisfied … If we don’t clear this hurdle, I’m telling you we will never finish this inquiry,” he said.

EFF leader Julius Malema, speaking from the virtual online platform, fell in: “I am in support.”

Al Jama-ah leader Ganief Hendrick raised similar concerns. “I call on President Ramaphosa to reinstate the Public Protector so this Section 194 committee can do its work with honour.”

Freedom Front Plus Chief Whip Corné Mulder would have none of that, saying section 194(3)(a) of the Constitution was clear — the President has the authority to suspend, or not, a Public Protector while an impeachment inquiry is under way. And that had nothing to do with the committee of legislators.

The ANC, on this point at least, had the same view. As Section 194 committee chairperson Richard Dyantyi put it at the end of day one: “We are not a suspension body. It’s triggered by our work, but we are not the suspending body … It’s [the President’s] discretion.”

Throughout, Mkhwebane sat on one of the front benches at the M46 venue in Parliament’s Marks Building. Her participation was “under protest”, said Mpofu, who repeatedly referenced court proceedings that will be held later in July to challenge her suspension.

At one stage during Monday’s proceedings, Mkhwebane was served tea; at other moments she briefed Mpofu. In television interviews, Mkhwebane expressed confidence in her legal team.

“I am glad members of the public will hear from me,” she told Newzroom Afrika.

It’s taken more than two years, including litigation at just about every turn, to get to day one of the unprecedented impeachment hearings by a Section 194 committee, named after the section of the Constitution that deals with the removal from office of Chapter 9 heads.

For some two years Mkhwebane has challenged not only parliamentary steps to get to this day in court — from rules to processes and individual parliamentarian’s attitudes (read more here, here and here) — as Parliament has maintained its rights to hold accountable for their conduct in public office those it recommends for such office.

It is against this background that evidence leader Nazreen Bawa SC had sought to avoid having a parliamentary process turned into a court-style hearing.

“We [evidence leaders] are neutral. Our purpose is to seek information, which can be either exculpatory or confirmatory … The rules (and all processes) have already passed constitutional muster. That ship has passed.”

She took a cautionary stance to protect witnesses from potential harsh cross-examination.

“We as evidence leaders are asking the committee to treat them with dignity. We have encountered a number of fears, concerns and cynicism in this process.”

Mpofu took a more legalistic, courtroom approach — with his own metaphors from singer Judith Sephuma’s A Cry, A Smile, A Dance.

“If the Constitution was a person it would adopt that song,” the advocate said. “The Constitution would cry because of the violations that brought us here. It would also smile because it appreciates growth.”

Mulder later quipped that Mpofu had explained the cry and the smile, but not the dance, beyond saying he’s ready to rock and roll.

It was smiles all around in a rare lighter moment in what’s set to be a closely contested, never-before-entered parliamentary terrain. DM