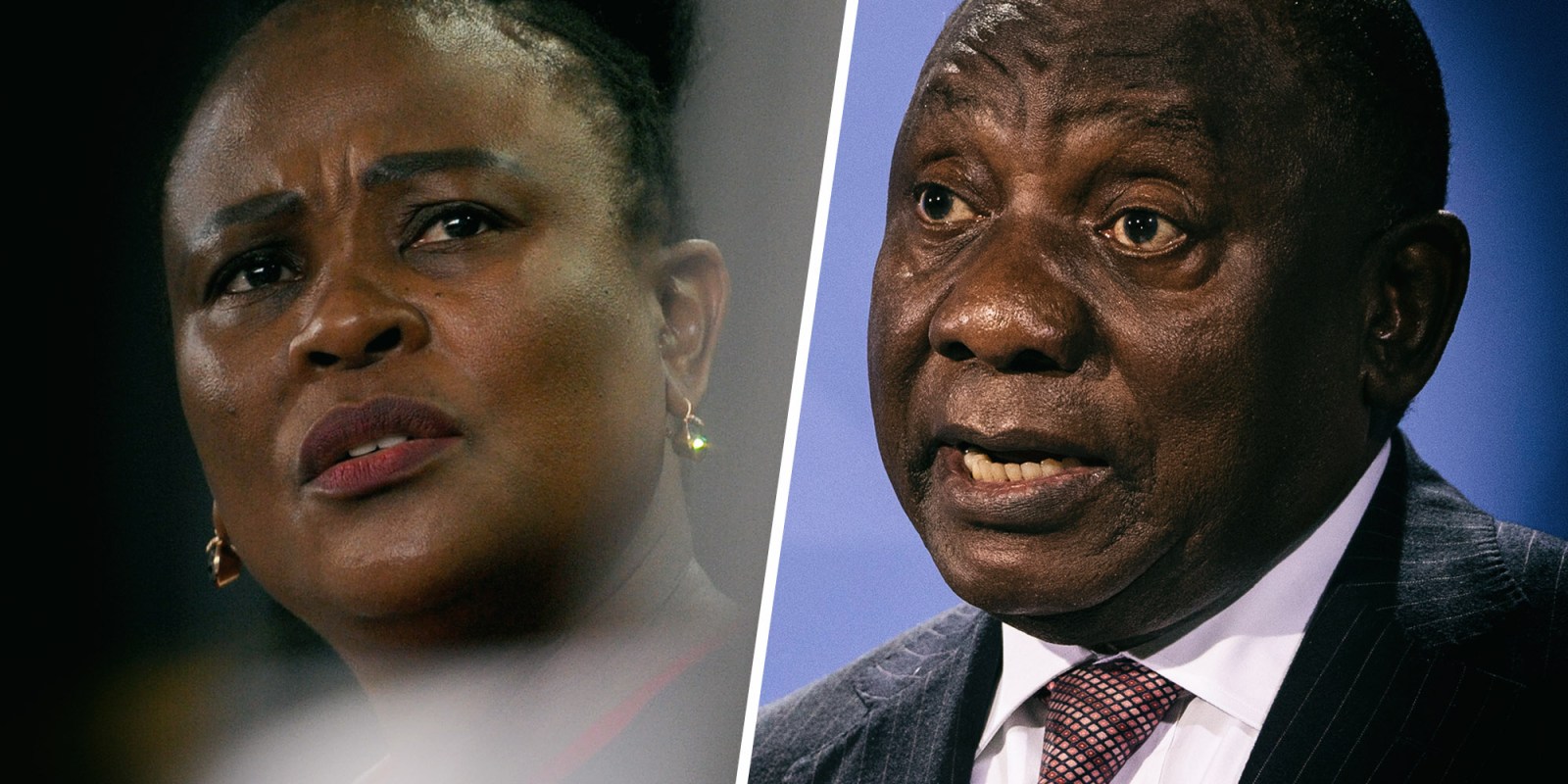 While the optics of President Cyril Ramaphosa’s suspension of Public Protector Busisiwe Mkhwebane on Thursday — a day after she announced she would be investigating #CouchGate — may not look good from any angle, the decision is not unexpected.

On Thursday evening, the President’s Office announced that Ramaphosa had, “in accordance with section 194 (3)(a) of the Constitution”, decided to suspend Public Protector Busisiwe Mkhwebane with immediate effect.

Mkhwebane’s non-renewable term was due to end in October 2023 and she had vowed earlier to serve out her contract. After news broke of her suspension, she tweeted: “Exodus 14:14 The Lord will fight for you, and you shall hold your peace and remain at rest.”

Oksalayo this battle is the Lord’s. Exodus 14:14 The Lord will fight for you, and you shall hold your peace and remain at rest.

In March 2022, after confirmation by the Speaker of the National Assembly that the Section 194 committee had announced it was to continue with its impeachment inquiry into Mkhwebane’s fitness for office, the President requested representations from Mkhwebane on why she should not be suspended.

She responded in May, pointing out the President’s “conflict of interest”, in that the Public Protector had been investigating Ramaphosa in connection with Bosasa, a complaint of “judicial capture” lodged by the EFF’s Floyd Shivambu, and a statement Ramaphosa had made at an ANC meeting about knowing that the ANC had used taxpayers’ money to fight its battles.

On 8 June, Mkhwebane added #Couchgate to her bucket list after the African Transformation Movement’s Vuyo Zungula unsurprisingly lodged a complaint against Ramaphosa with her office. This related to the 2020 robbery at the president’s Phala Phala game farm, an alleged extra-judicial investigation and the apparent cover-up of the theft of foreign currency.

On Thursday, the President said Mkwebane would remain suspended until the Section 194 process had been completed. It kicks off on 11 July.

“President Ramaphosa has fulfilled his obligation to provide Advocate Mkhwebane a fair hearing by according her sufficient time and opportunity to make submissions,” the statement from the President’s Office read.

In considering each element of Mkhwebane’s submissions carefully, the President said he had taken into account the nature of the Public Protector’s office and his own constitutional obligations.

Mkhwebane’s suspension would not impede “the progress of any investigations that are pending or underway”.

The President’s Office added that Ramaphosa and Mkhwebane “are both obligated to act in the best interest of the country, in compliance with the Constitution and mindful of the need to protect all constitutional institutions.

“The President’s decision to suspend Advocate Mkhwebane is the best manner to fulfil these obligations.”

In May, a Full Bench of the Western Cape High Court heard arguments in her interdict application to have her suspension suspended, so to speak. Judgment in the matter was reserved.

Signing off from her personal account on Twitter, Mkhwebane urged supporters: “Do not be deflected #glencore and #farmgate aluta continua.” DM