How the City of Cape Town managed to avoid Stage 6 load... 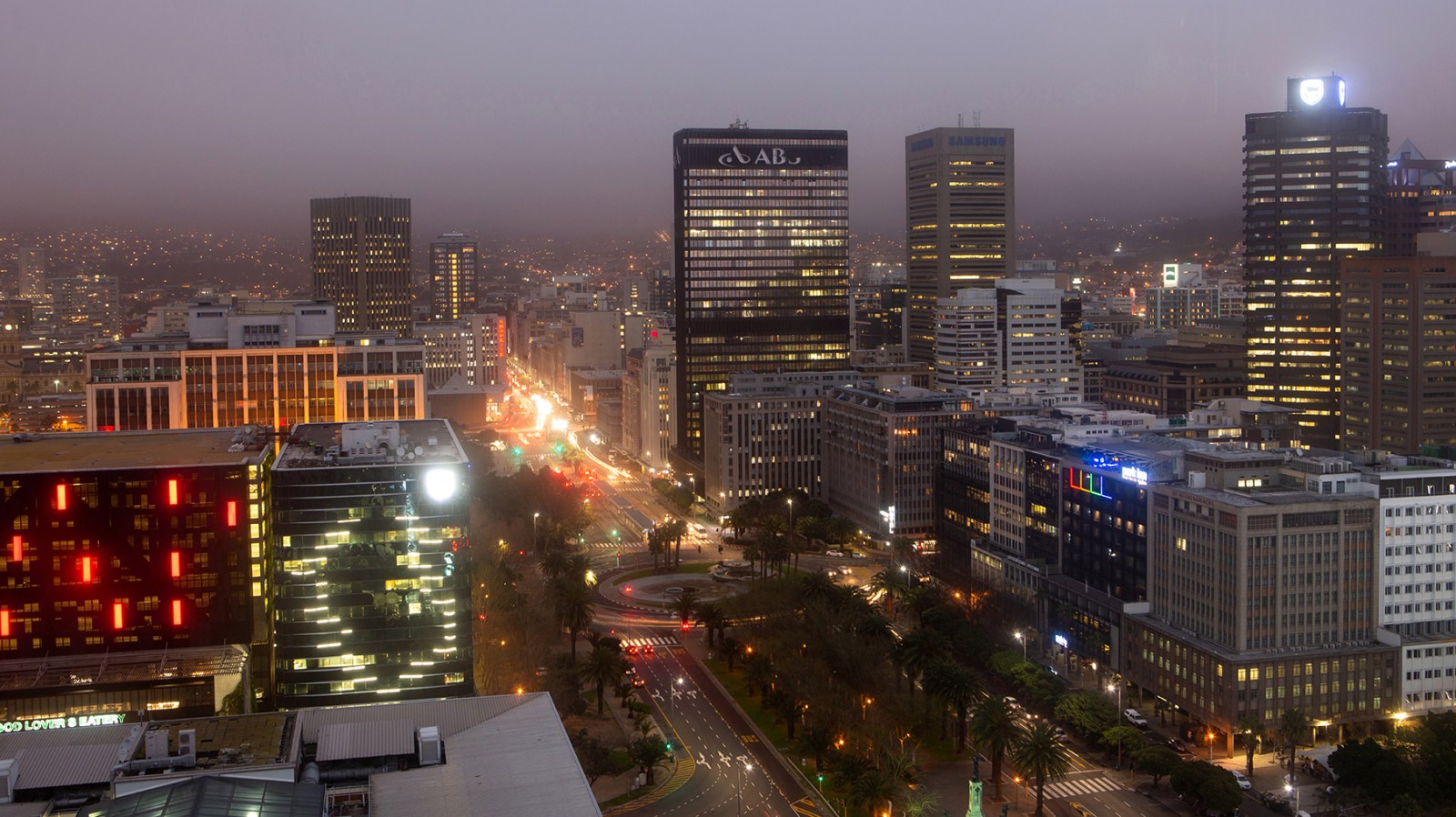 While the rest of South Africa is being hit with Stage 6 load shedding, the City of Cape Town has offered some relief to its residents through the use of the Steenbras hydroelectric scheme. We unpack why Cape Town residents are currently only experiencing Stage 4 blackouts and what challenges other municipalities face in doing the same.

Stage 6 load shedding, which was last implemented in December 2019, returned this week. It means that most South Africans will go for up to six hours a day without electricity as the national grid sheds 6,000MW in an effort to prevent complete collapse. This was triggered by “unlawful and unprotected labour action” that disrupted Eskom’s operations, the struggling power utility said on Tuesday.

Read in Daily Maverick: Eskom strike appears to be over after unions call on workers to ‘normalise the situation’

But as South Africans brave the cold winter without power, Capetonians’ load shedding experience will be limited to Stage 4, thanks to the Steenbras Hydro Pump Station.

How does the Steenbras Hydro Pump Station work?

The 180MW Steenbras Hydro Pump Station (SHPS) is a pumped storage scheme, which consists of four turbines that are used to generate electricity.

The City of Cape Town’s Mayoral Committee Member for Energy, Beverley van Reenen, explained that, during peak electricity demand, the pump station channels water from the upper Steenbras reservoir to the lower reservoir through the turbine generator, to create electricity.

“When electricity usage is low — usually between 11pm and 7am — the turbines pump the water back to the upper Steenbras reservoir to be reused the next day. In this way, SHPS operates like a battery. The amount of electricity that it can generate in one day is limited by the capacity of the lower reservoir,” said Van Reenen.

She said that about two-thirds of the water used to generate power during the day is pumped back to the upper Steenbras reservoir at night, “to create more space for continual utilisation of the power station”. In this way, the scheme works akin to charging a cellphone battery at night for use the following day.

“Currently, we use Eskom power to pump water back to the upper reservoir  in order to create space for generating the next day. It is also technically possible to accomplish this using other modes of supply if reasonably priced,” said Van Reenen. She added that the city was looking at storage facilities for independent generation additions.

Cape Town is the only South African city to own and operate a large pumped hydroelectric scheme, said Van Reenen.

“Regular maintenance and good management are imperative to ensure that this power station works well and can be used to offset high tariff and demand periods, as well as to protect city-supplied customers from stages of load shedding where possible,” she said.

To ensure that the city is able to protect its customers from the current Stage 6 load shedding, it also garners energy from the gas turbines during the evening peaks (between 5pm and 8pm) to bolster the capacity of the Steenbras-generated reserves, Van Reenen explained.

How much protection does Steenbras offer?

The City of Cape Town, by operating the Steenbras hydroelectric plant at full capacity, is currently able to offer city customers up to two stages of load shedding relief where it is possible — in other words, Stage 4 rather than Stage 6.

“Depending on the reserves, the city can buffer its customers for the most part of the day by adding power, generated from the gas turbines during the peak times at night, especially when demand is great,” Van Reenen told Daily Maverick.

It offers me a small degree of hope that while Eskom is implementing Stage 6 load-shedding this evening, City of Cape Town customers will remain on Stage 4 thanks to Steenbras operating at full capacity.https://t.co/E8qkHAh9Fi pic.twitter.com/PCpUCL8NZw

She added that, between January and May 2022, the city protected its customers through the use of the Steenbras Hydro Pump Station with one stage of load shedding, amounting to roughly 514 hours, or 21 days of protection.

At this stage, the City of Cape Town is capping its customers at Stage 4 load shedding.

“The City is looking at the scenarios for stages higher than Stage 6. However, the higher the stages, the greater the risk. If Eskom is on the verge of total collapse of its network, city mitigation efforts would likely not be enough,” Van Reenen said.

Read in Daily Maverick: Pushing the limits: Why load shedding puts even more pressure on an ageing electrical system

Is Cape Town the only municipality shielding its residents from heightened stages of load shedding?

Yes. Cape Town is the only municipality with a hydroelectric pump scheme that can be switched on to mitigate the energy shortage, said Chris Yelland, energy analyst and MD at EE Business Intelligence.

“A coal power station, like in Johannesburg’s Kelvin Power Station (the City of Johannesburg gets about 10% of its power from the station), you can’t switch on 200MW at the flick of a switch. You have to start up a boiler, fire up the boiler and get the water boiling at the right temperature, the steam pressure up. So it takes an hour or two hours to even just ramp up; by that time the load shedding is over. So Kelvin is absolutely useless for actually being able to, on command, switch power on and off. It can’t do it,” Yelland said.

He said it would be difficult for other municipalities to have a hydroelectric operation like Cape Town’s, as hydroelectric schemes require specific geographic conditions such as mountainous areas.

Could other municipalities buy from independent power producers (IPPs) to shield their residents from load shedding?

In 2019, the City of Cape Town took the government to court in an effort to get the state to allow the municipality to procure power from IPPs. The case was dismissed. About a year later, President Cyril Ramaphosa said in his 2020 State of the Nation Address, that municipalities in good standing could start procuring energy from IPPs.

Yelland said the City of Cape Town has now put out tenders for IPP energy. The City of eThekwini is seeking to procure 400MW of electricity from IPPs, while the City of Johannesburg announced last year that it planned to wean off the Eskom grid by adding an extra 500MW alternative energy mix consisting of gas and solar.

Read in Daily Maverick: ‘Give me 18 to 36 months’, says Joburg mayor Mpho Phalatse to residents buckling under endless blackouts

What challenges could municipalities face in procuring energy from IPPs to limit load shedding?

Yelland said metros are worried about the energy crisis and aren’t necessarily looking to move off the Eskom grid completely, but rather to supplement Eskom electricity with reliable and renewable energy. However, this may be more difficult for smaller metros or those that have not had clean audits.

Read in Daily Maverick: The good, the bad and the shocking: A visual gauge of the financial state of South Africa’s municipalities

“The municipalities are all concerned, certainly the big metros. The smaller metros, quite honestly, don’t have the balance sheets and resources; they’re not creditworthy enough to enter into a power purchase agreement with an IPP. You do need to be creditworthy. I mean, the guy who spends billions of rands building an IPP plant wants to know that the company is going to buy this and that they’re creditworthy to the extent that they’ll get paid for the electricity at the end of the month,” Yelland said. DM/OBP