Eskom strike appears to be over after NUM and Numsa cal... 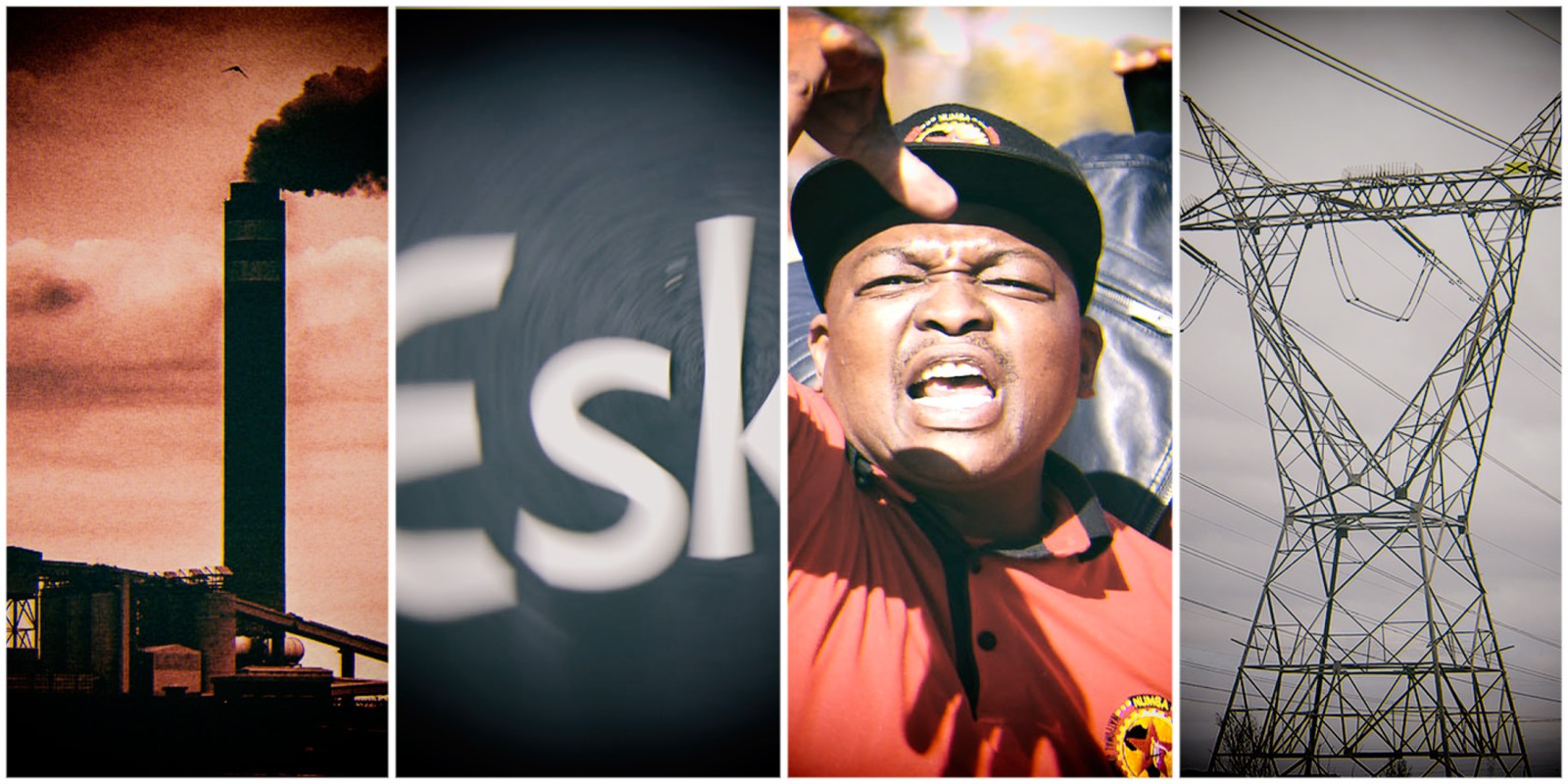 The Numsa and NUM unions have called on workers to ‘normalise the situation’ after they said Eskom had agreed to return to the bargaining table. That is a transparent code to their members taking part in an illegal strike blamed for tipping the country into Stage 6 load shedding to return to work.

Is there light at the end of the Stage 6 load shedding tunnel that threatens to plunge South Africa’s fragile economy further into darkness?

That is a transparent code to their members taking part in an industrial action blamed for tipping the country into Stage 6 load shedding to return to work. The strike has not been officially sanctioned by the unions so it remains to be seen if those taking part in the protests will heed the call. But union sources who spoke to Business Maverick said they expected the employees to pick up their tools.

The breakthrough came after Eskom and the union leaders met on Tuesday and agreed to resume wage talks on Friday at the Central Bargaining Forum (CBF).

“Given the fact that Eskom has finally agreed to return to the negotiating table and there is a new offer which will be formally presented on Friday in the CBF, NUM and Numsa leadership are calling on our members at Eskom to give the process of negotiations a chance,” the NUM and Numsa said in a joint statement.

“In light of these developments, we call on workers at Eskom to normalise the situation given that Eskom has returned to the negotiating table.”

Eskom said in a statement that the meeting was “productive”.

But it warned that while the workforce may be back in full force on the job on Wednesday, “The system will still take some time to recover. As a result of the strike, maintenance work has had to be postponed, and this backlog will take time to clear.”

So Stage 6 load shedding, which had not been triggered since December 2019, may still bite the economy for some time. It effectively means that 6,000MW have to be removed from the grid on a rolling basis to prevent a complete collapse of the system that would throw South Africa back into a pre-industrial, “Mad Max” kind of era for a few weeks.

The markets are certainly sensitive. The rand tanked on Tuesday, breaking above 16/$ for the first time in over a week before settling a bit on news that the strike might be ending.

Social media is far from the most accurate gauge of public opinion, but an unscientific glance at platforms such as Twitter suggests that neither the unions nor Eskom have much in the way of public support. Everyone hates Eskom, and Eskom employees who cause more blackouts are hardly going to be viewed sympathetically by households and struggling businesses, big and small.

So the stakes on Friday are very high.

“If Eskom comes with a small amount on Friday, I fear the worst,” one union source told Business Maverick.

Business Maverick understands that the Solidarity union, whose members have not taken part in the strike, are demanding pay hikes of 5.5% to 6.5% at a time when inflation is running at 6.5%.

News24 has reported that Numsa is demanding a 12% wage increase, while the NUM has demands ranging between 8% and 10%. It’s not clear at this stage what Eskom plans to offer. The state-run utility is not exactly financially flush after decades of mismanagement and looting.

This, in some ways, has been the culmination of years of worker grievances at Eskom, which is in the throes of restructuring and attempting to undo the damage that has accumulated over the years. Unions maintain that their members are not to blame for all of the shenanigans that have brought Eskom to the brink. Sadly, that means that tough decisions are being made and will probably still be made by management.

And regardless of what goes down on Friday, load shedding will be a fact of life for the foreseeable future. But its short-term stages and severity may hinge on Friday’s talks. DM/BM