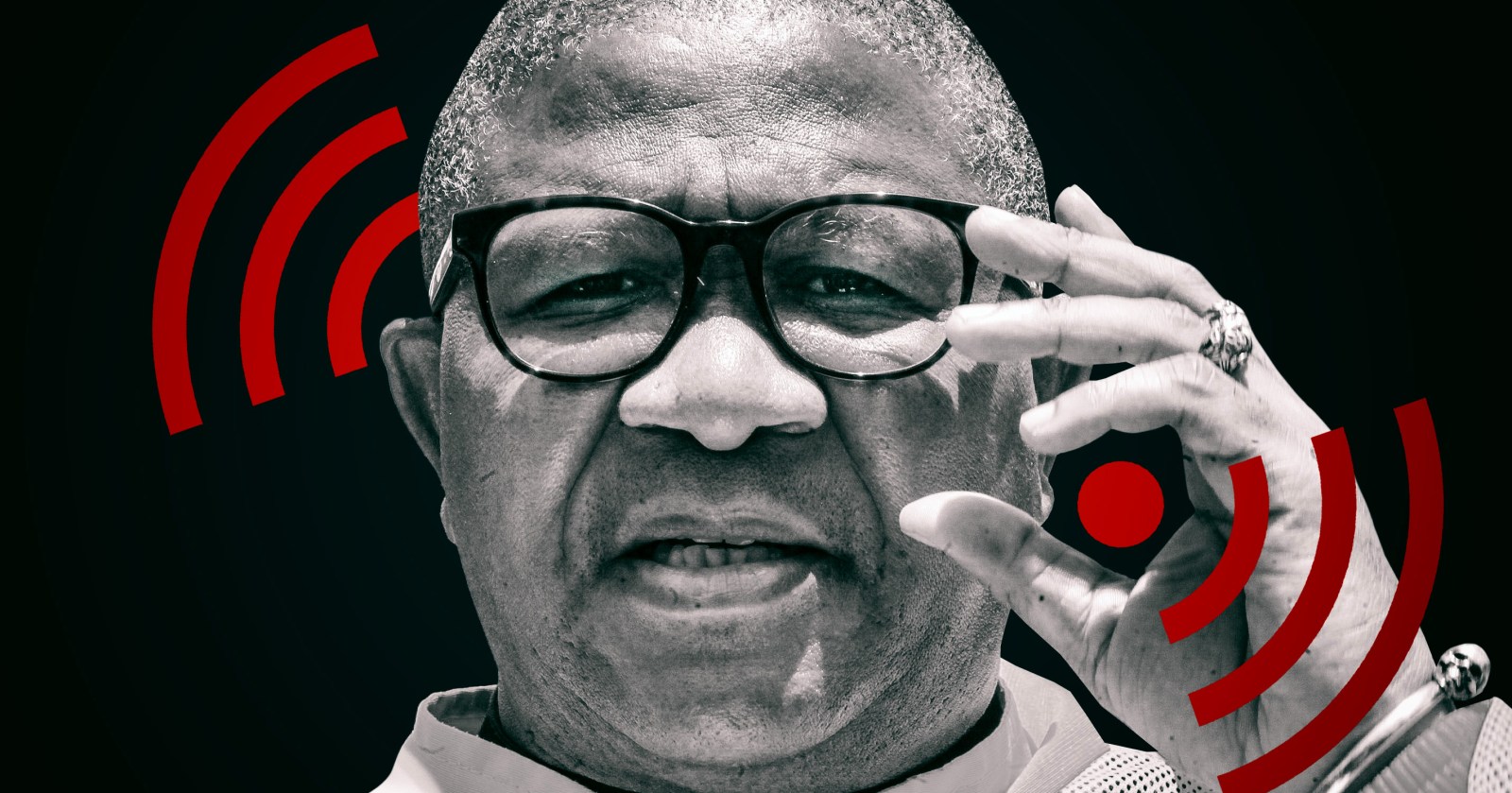 The Zondo Commission’s report on the State Security Agency said ‘startling’ evidence had been given about attempts by Crime Intelligence to procure a grabber before the ANC’s 2017 elective conference at Nasrec.

The grabber, and the subsequent investigation by the Independent Police Investigative Directorate (Ipid) into the procurement, has seen the tainting of top SA Police Service (SAPS) officers as well as former minister of police, Fikile Mbalula, who has been deeply implicated.

This was one of several strands of the capture of the law enforcement cluster, a web that runs so deep and so wide that Chief Justice Raymond Zondo — at the handing over of his final report on Thursday — suggested an entirely separate inquiry.

The commission found that Bongani “Bo” Mbindwane, then adviser to Fikile Mbalula — as well as Mbalula himself — “should not have been involved in the attempted procurement” of the grabber.

‘No response’ to investigation reports

While both the Office of the Inspector-General of Intelligence (OIGI) and Ipid had and were conducting investigations — and had submitted reports to various bodies, including the Parliamentary Joint Intelligence Committee — there had been “no response”.

Mbindwane, in his response to his role in the grabber matter, had furnished the commission with an affidavit, “that not only went way beyond [Former Inspector-General of Intelligence Setlhomamaru Dintwe] Mr Dintwe’s evidence relating to him, but also dealt with some pre-1994 history”.

Dintwe, said Zondo, had implicated Mbindwane in only one material respect — the role he directly played.

Ultimately, Zondo found that “the worrying thing is for Mr Mbindwane to see nothing wrong in contemplating doing business with a company that was under investigation by Ipid and the OIGI”.

It should, said Zondo, have been immaterial whether the investigations related to the grabber itself or anything else, as “that is precisely how corruption creeps in, particularly in the case in question as the company concerned had previous contracts with SAPS”.

“How do you justify contemplating awarding a contract to a company whose probity is being investigated?” Zondo asked.

Mbindwane had in fact submitted to the commission “certain recommendations” in relation to State Capture, suggesting the formal regulation of open lobbying which would have allowed the Guptas to be registered as “lobbyists”.

This had nothing to do with the grabber and was not considered in any manner in this saga.

Earlier, a court had found that National Commissioner Khehla Sitole and his deputies, Francinah Vuma and Lebeona Tsumane, had breached their duties when they blocked an Ipid investigation into the grabber procurement.

The senior officers, said the court, had placed the interests of the governing party, the ANC, ahead of those of the country. Vuma is still a deputy commissioner.

The Zondo report sets out how a Precise Mobile Location Device — commonly known as a grabber — was, “simply put”, used for eavesdropping.

Former Inspector-General of Intelligence, Setlhomamaru Dintwe, told the commission how, a few days before the ANC’s Nasrec conference, he had received a call from Mbindwane, then adviser to Mbalula.

There was something “urgent” Mbindwane needed to discuss with the IG, and this was that there was a “group of people posing as backpackers from a foreign country” who had wanted to influence the outcome of the conference”.

The snag, said Mbindwane, was that an acting divisional commissioner in SAPS was refusing to sign off on the deal and he needed Dintwe to shuffle it along.

Mbindwane had claimed he had been acting on the instruction of Mbalula and that the grabber would cost R200-million. However, due to the “urgency” of the situation, Mbindwane said he would settle for R45-million.

Dintwe, in turn, did his job and contacted the Divisional Commissioner who was refusing to sign off on the deal, and who confirmed that a company Dintwe was in fact investigating for procurement irregularities was being lined up by CI for the planned deal.

This was the company Mbindwane was proposing SAPS contract for the grabber tender.

The IG’s office had obtained information that part of the money intended to be used for the “grabber’ was “to be used to buy votes at Nasrec conference”.

The commission noted that Dintwe had pointed out that Sitole, in the end, did not sign the grabber deal.

The Nasrec grabber saga, said Zondo, “confirms the evidence of other former members of the SSA that the country’s intelligence services became involved in political party activities and also factional battles within the ANC”.

All these activities “were illegal and against their constitutional mandates”.

The abuse of classification had led to widespread abuse of funds by Crime Intelligence officials, and the covert nature of the Intelligence Services made their oversight “crucial”.

The investigations into Mbindwane and Mbalula are still open.

In February, the Constitutional Court dismissed Sitole, Vuma and Tsumane’s leave to appeal against the ruling that they had breached their duties.

While Sitole has vacated the top job, Vuma and Tsumane continue to work in senior positions. Whether SAPS intends to discipline them both for their role in thwarting the Ipid investigation is anyone’s guess at this stage.

As for the investigation into Mbalula, it’s also anyone’s guess. DM