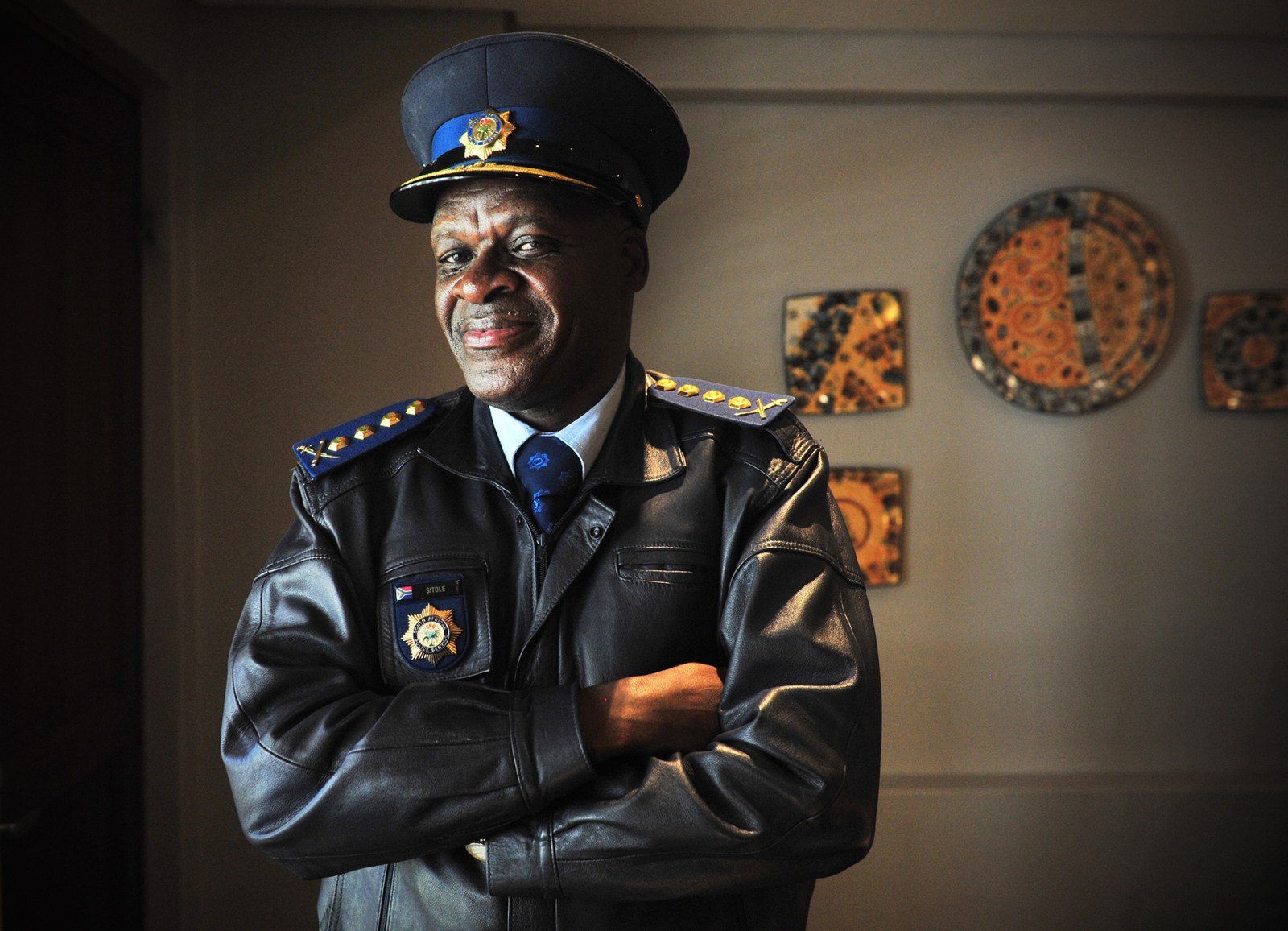 The bid to flush R45m out of the Crime Intelligence secret fund through the unlawful procurement of the grabber at a hugely inflated price was instigated by a ‘minister in the Security Cluster’, according to one of those implicated.

SAPS National Commissioner Khehla Sitole has revealed that the attempted procurement by Crime Intelligence of a R45-million surveillance device prior to the ANC’s elective conference at Nasrec in 2017 was known as the “grabber solution”.

On 12 February President Cyril Ramaphosa stepped into the fray, requesting Minister of Police Bheki Cele to instruct Sitole to hand over all documents relating to the attempted unlawful procurement and which have now been declassified by a court order.

The bid to flush R45-million out of the Crime Intelligence secret fund through the unlawful procurement of the grabber at a hugely inflated price was instigated by a “minister in the Security Cluster”, according to one of those implicated, Lieutenant-General Francinah Vuma.

Sitole wrote to Cele that the entire deal had been “directed” by the national commissioner for Crime Intelligence, Major-General King Bhoyi Ngcobo.

Ngobo was appointed by Zuma in August 2017, four months before the Nasrec face-off between Ramaphosa and Nkosazana Dlamini Zuma.

Sitole was given 24 hours to respond to Cele’s 12 February note and penned his reply on 15 February.

In his communication, the national commissioner asked Cele to note that “the officials that are cited in this matter were involved in the meeting of 13 December 2017 [at the Protea Hotel in Pretoria], which attempted to procure the grabber solution on the eve of the ANC National Conference that was held at Nasrec as directed by National Commissioner, Major General Ngobo from Crime Intelligence”.

The presence of Bo Mbindwane, “special adviser” to the then minister of police, Fikile Mbalula, was explained by Sitole as being necessary as the decision had been made at “Cabinet” level.

Mbindwane had joined the meeting, said Sitole, “as it was alleged the threat that necessitated the procurement was reported at Cabinet which then took the decision that SAPS should proceed to look into the threat and deal with it accordingly”.

The deal was called off after Independent Police Investigative Directorate (IPID) investigators were tipped off and alerted Sitole to the unlawfulness of the transaction.

On 13 January 2021, the Pretoria High Court handed down a scathing judgment of the SAPS top brass and their three-year pushback to keep documents about the “procurement” classified and out of the public eye.

The contents of these documents could prove embarrassing for the ANC and particularly a faction within it who are alleged to have attempted to launder the money to swing the Nasrec vote.

The national commissioner noted to Cele that he would be appealing this part of the ruling.

Sitole set out how the matter played out between IPID, Crime Intelligence and SAPS top brass in 2018 when IPID had requested interviews with Sitole with regard to possible fraud involved in the attempted procurement of the grabber from I-View Integrated Systems, a company in business rescue at the time.

He revealed that there had in fact been two meetings at the Pretoria hotel, one on 25 August (the day after Ngcobo’s appointment) and another on 13 December 2017.

IPID had sought interviews also with Vuma, Tshumane, Ngcobo and Mbindwane. These had been scheduled for February 2018 but the request had been received “late”, explained Sitole, and the SAPS top brass were going to be out of town anyway, presenting to Parliament’s Portfolio Committee on Police.

The state attorney appointed had legal representation for the SAPS top leadership, said Sitole, and had advised IPID that “the issues relating to this meeting were matters of national intelligence governed by the Intelligence Oversight Act”.

But IPID plodded on, obtaining subpoenas for the top brass. They fought back, instructing their attorneys to tell IPID to withdraw the subpoenas. They insisted that IPID approach the chairperson of the Joint Standing Committee on Intelligence as the entire matter, which was related to “national security”, was covered by the Intelligence Oversight Act.

But in January the Pretoria High Court cleared up the legal argument and ordered SAPS to declassify and hand over all documents pertaining to the procurement to IPID.

Judge Norman Davis described attempts by the SAPS to dodge declassification as “obstructionist” and unjustified.

“There is no lawful or justifiable reason why access to the relevant documents should not be given to IPID and, if declassification is necessary to effect such a process, it should be done,” said Davis.

Sitole, in his note to Cele, said the court order had been “implemented” and that documents had been sent to IPID and the Office of the Inspector-General of Intelligence. He said that to date, no response had been forthcoming.

Cele had asked Sitole to set out the “implications of the I-View” matter for Crime Intelligence. The national commissioner said that Crime Intelligence, currently under the command of Lieutenant-General Sindile Mfazi, would provide a “separate note” on that matter.

Mfazi is heading Crime Intelligence while Peter Jacobs sits out his suspension in the outer tundra until March, when he is due to return to work. Mfazi is believed to be preparing this note for Cele and the president.

The acting head has been accused by Jacobs of undermining and bullying him as he (Jacobs) had instituted investigations into Crime Intelligence members who had abused the secret fund.

For now, it is clear the mess at Crime Intelligence has been bumped up the pole right to the president’s office. Will there be more casualties in the SAPS top leadership at a critical moment in South Africa’s grip on the rule of law? Time will tell. DM