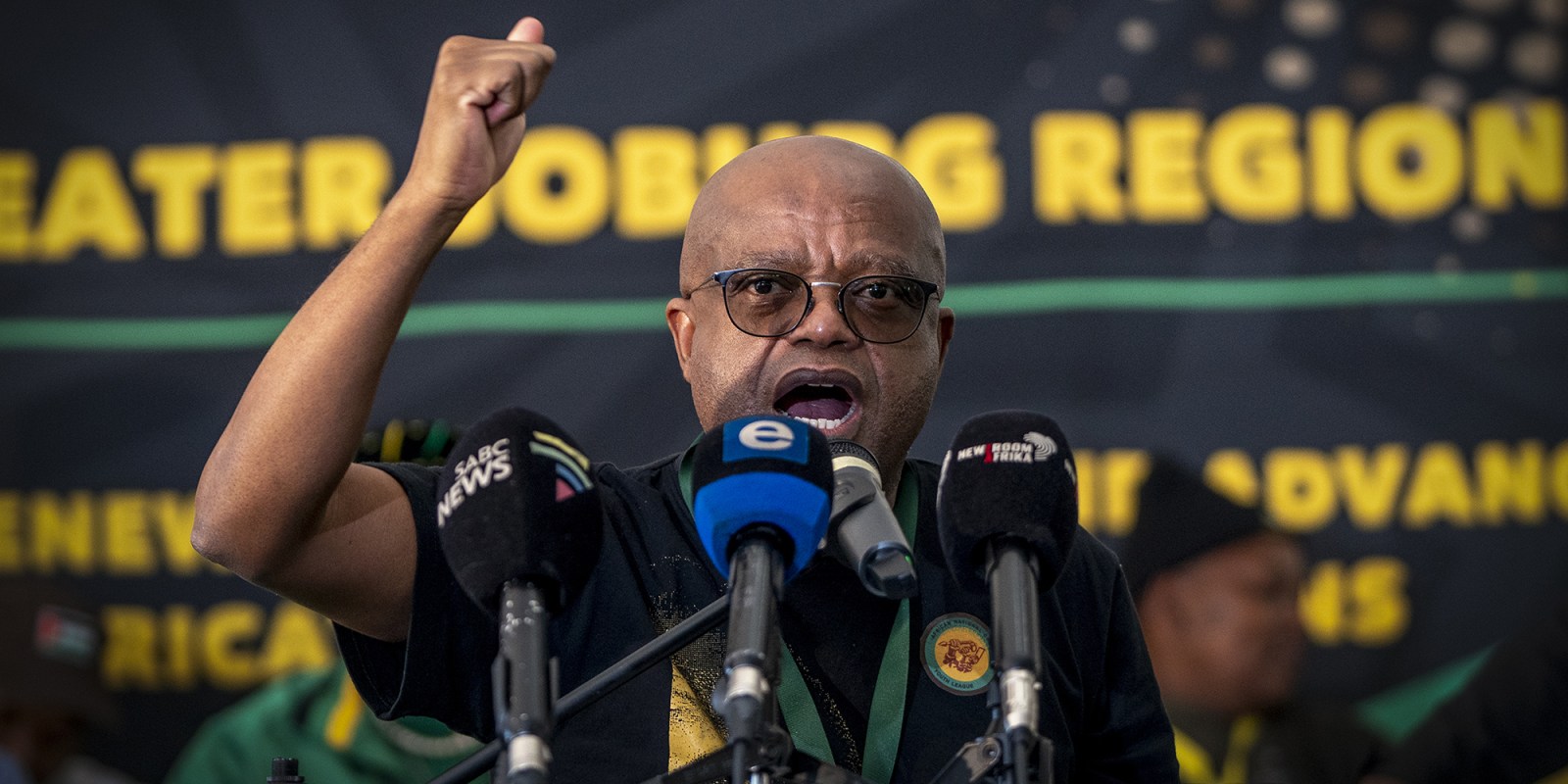 The regional conference of the ANC Greater Johannesburg region was peaceful, with Dada Morero winning the intense race for chairperson against former acting chair Eunice Mgcina by just 10 votes. There is only one woman — deputy secretary Loyiso Masuku — in the top five leadership positions.

Dada Sello Morero has been elected as the new chairperson of the Johannesburg ANC region after a heated race with former acting chair Eunice Sibongile Mgcina.

Although the conference was expected to be uncontested for Morero following the death of Mpho Moerane, when Mgcina was nominated for the chair post, she took the chance against her male opponent to push for a female leader in the region. In doing that, she declined the nomination for deputy chairperson.

The results from the conference, which was held at the Idle Winds Lodge and Conference Centre in Centurion, show that Morero won by a margin of 10 votes. Morero received 153 votes to Mgcina’s 143 of the 296 votes cast by 120 Greater Johannesburg branches.

Simon Motha was elected as the deputy chair, and the position of treasurer went to Maxwell Nedzamba. Sasabona Manganye moved up the ladder from regional spokesperson to secretary and Loyiso Masuku retained her position as the deputy secretary, making her the only woman in the top five.

‘Equal to the task’

In an interview with Daily Maverick, ANC Chief Whip Pemmy Majodina commended Mgcina for taking a stand: “There is a wrong narrative that people think women are there to deputise. We are leaders in our own right … equal to the task and prepared to take on any challenge.”

Against the backdrop of the ANCs renewal programme, incoming chair Morero committed to ensuring gender equality in the leadership structure of the ANC Joburg region.

“When the whole collective is elected, we will have a 50/50 split. We will have women elected into leadership positions,” he said.

The hotly contested ANC Johannesburg conference was delayed after former Johannesburg mayor Mpho Moerane, a contender for regional chairperson, was involved in a serious car accident. He died on 18 May.

Despite the delays, Gauteng Premier and Provincial ANC Chair David Makhura said the Johannesburg conference was a “normal conference” of the ANC.

At the conference on Saturday, 4 June, Makhura emphasised that the core business of the conference was not to spend two days discussing credentials, but rather to review the policies of the ANC in the region and within the organisation. It was not just about electing a leader.

“Use the conference as a festival of ideas to build on ideological and political maturity, to develop ideas for the national conference [coming up] in December and the plan to win back the region from the multicoalition government,” he said.

“The region has an agenda about rebuilding the ANC in Johannesburg, but also regaining the popular support of the communities in Joburg as we have lost power in the last years. The current coalition is not responding to all issues of service delivery on the ground and is extremely fragile. The ANC will come back in no time,” said Makhura.

The conference was peaceful, as promised during the preparations by the Minister of Finance and ANC NEC deployee Enoch Godongwana.

The Ekurhuleni regional conference held in Fourways on 29 May was disrupted by protest and violence, as was the Tshwane regional conference on Saturday, 4 June, where some ANC members claimed some branches that had qualified to be part of the conference were unable to register despite audits showing they were in good standing.

Comparing the two regional conferences, Makhura said: “The fundamental difference between what is happening here and what happened in Ekurhuleni is that before the Johannesburg region presented for the conference [it had] resolved all the disputes.”

The ANC Tshwane regional conference finally resumed on Sunday at the Indaba Hotel in Fourways.

As the newly elected Johannesburg ANC region chair, Morero committed to contributing to the ANCs renewal programme by renewing its structures, reconnecting the region’s branches and engaging the community on all issues that affected them.

“I will take the approach to build the ANC in the region. By being deeply involved in the renewal project of the ANC, which includes ensuring that those that have done wrong and compromised the ANC… and having contributed to corruption, are brought to book. As the ANC we will clean ourselves of those individuals without any fear or favour to reclaim the confidence of the people in us.” DM