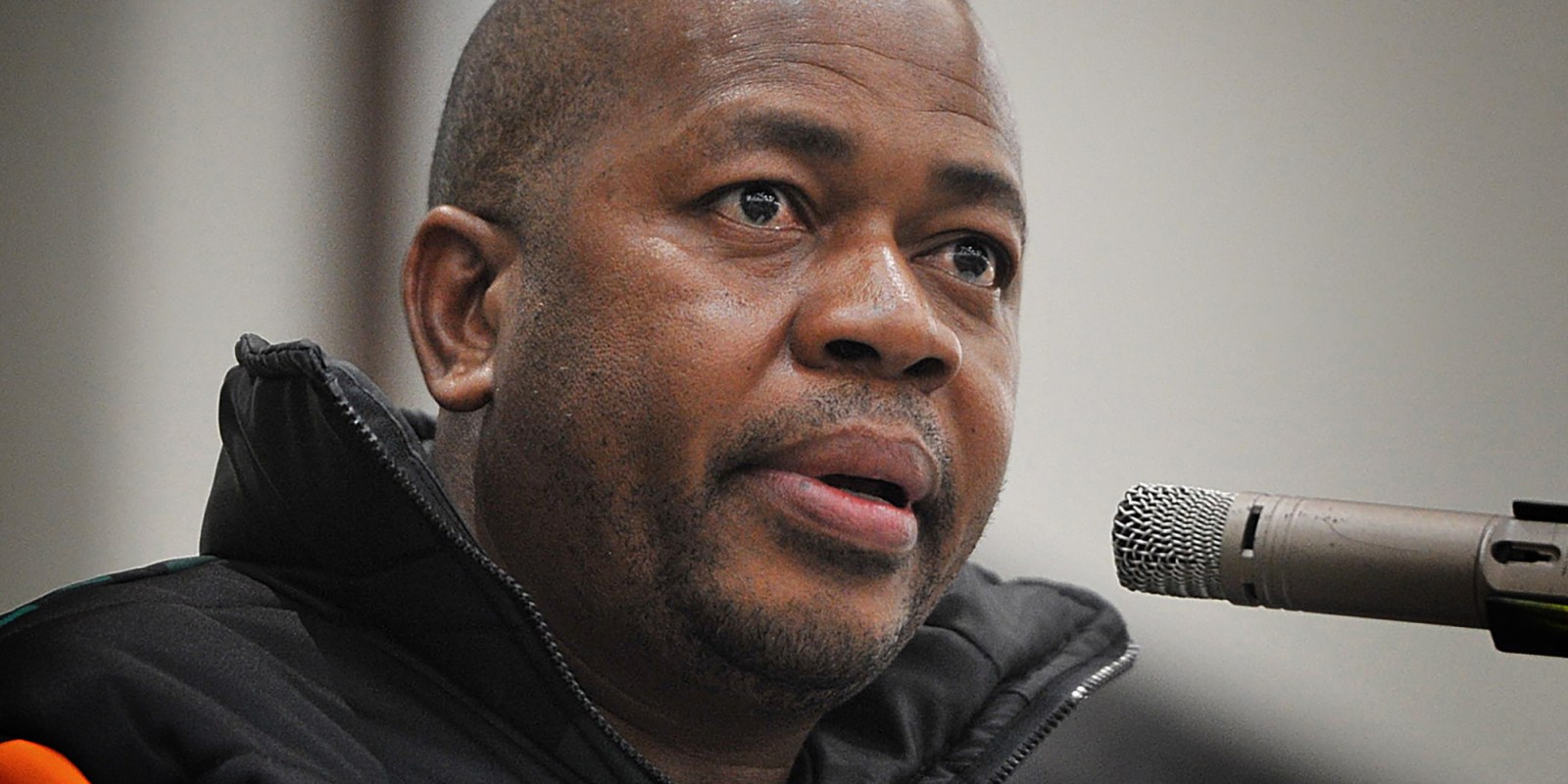 Mzwandile Masina has to wait until Tuesday to hear if he has indeed been elected as the ANC Ekurhuleni region head after the counting of 19 quarantined votes has been completed. Masina beat rival Doctor Xhakaza by 12 votes in the original count. (Photo: Denvor de Wee)

Mzwandile Masina will soon know whether he has indeed been voted in to lead the Ekurhuleni region of the ANC. Preliminary results were announced on Sunday — so far he leads by a small margin.

The future of the newly elected ANC Ekurhuleni regional chair Mzwandile Masina hangs in the balance because of 19 quarantined votes which could see him losing the position.

Preliminary results coming from the conference held at the Indaba Hotel in Fourways show that Masina won by a small margin against Doctor Xhakaza. Masina received 163 votes while Xhakaza had 151. However, once the disputes surrounding the 19 quarantined votes are resolved this could change the result.

The quarantined votes are from five branches coming from wards 44, 50, 40, 108, 106 and 83. The votes will be counted by Tuesday and Masina will need at least five votes to retain his majority.

National executive committee member Mduduzi Manana said the quarantine votes would also affect those elected in the deputy chair and deputy secretary positions. He said an Ekurhuleni regional general council would have to be convened to discuss policy as delegates.

“We have elected the top five officials and there was an objection from plenary about five branches which amount to 19 delegates that were supposed to participate and were excluded. We decided as the steering committee we will quarantine the votes, they will be kept in a separate envelope pending a verification process which will be conducted by the national organisers,” he said.

Jongizizwe Dlabathi was elected as the deputy chair, Thembinkosi Nciza as the secretary and Moipone Mhlongo the deputy secretary. The treasurer position went to Sello Skhokho.

So Mzwandile Masina has 163 votes while Doctor Xhakaza recieved 151 votes. The 19 quarantined votes could completely change the results. #ANCEKURHULENI

The eventual voting in of new leadership comes after credentials were debated for more than eight hours overnight. During this time allegations of fake branches were at the centre of discussions.

The conference, which was supposed to begin on Friday, only started its proceedings on Saturday afternoon.

A group of members protested against the disqualification of their wards. This group, known to be aligned with Xhakaza, began causing chaos at the Boksburg Civic Centre after they were told they would not be permitted to register and participate in the conference.

They had loaded more than the required 10% of members on to the party’s electronic system at their branch meetings, which they were told was not permitted.

The ANC then beefed up security at the hotel throughout the plenary. Police vehicles were posted at each entrance of the hotel and a large private security contingent was present. Security guards armed with rifles and other firearms have been on high alert.

ANC Gauteng provincial chair David Makhura expressed his disappointment in the keynote address on the violence which had ensued on Friday, adding that the surroundings of the conference looked like a “war zone”.

“The fact that we voted on candidates and did not agree should never mean you enter permanent factions, permanent hostility, warfare and hatred — to the point that when you leave home, your family members are not sure you will come back,” he said.

Makhura says the mood of the conference is that of a war zone: “We ought to be ashamed”

He is referring to the high presence of heavily armed police and private security. pic.twitter.com/cBwtV2a6Wf

While the first part of the conference went ahead, another group of members was barred from entering the conference. Dlabathi explained that this was because they did not have accreditation tags and that they would be allowed in once they had been fully accredited.

“This is a decision of the conference of the steering committee as guided by the national executive committee and provincial executive committee deployees. The instruction was quite clear; anyone who has been accredited has the right to come into the conference programme. The ones who do not have their accreditation are being assisted by the team. The bone of contention was that they want to listen to the chair, but we are saying that we can’t break security [rules],” Dlabathi said.

In glaring contrast to the chaos at the Ekurhuleni conference was the regional conference in Sedibeng, where the leadership was elected uncontested. Makhura used this as an example of a region that was well organised and capable of following all ANC processes accordingly.

“That [Sedibeng] conference has been going on not just today and yesterday — even before they sat down they looked at the policy issues. That is the way the ANC operates. By the time they got to the conference, leadership was just one of the things they had to deal with,” Makhura said. DM