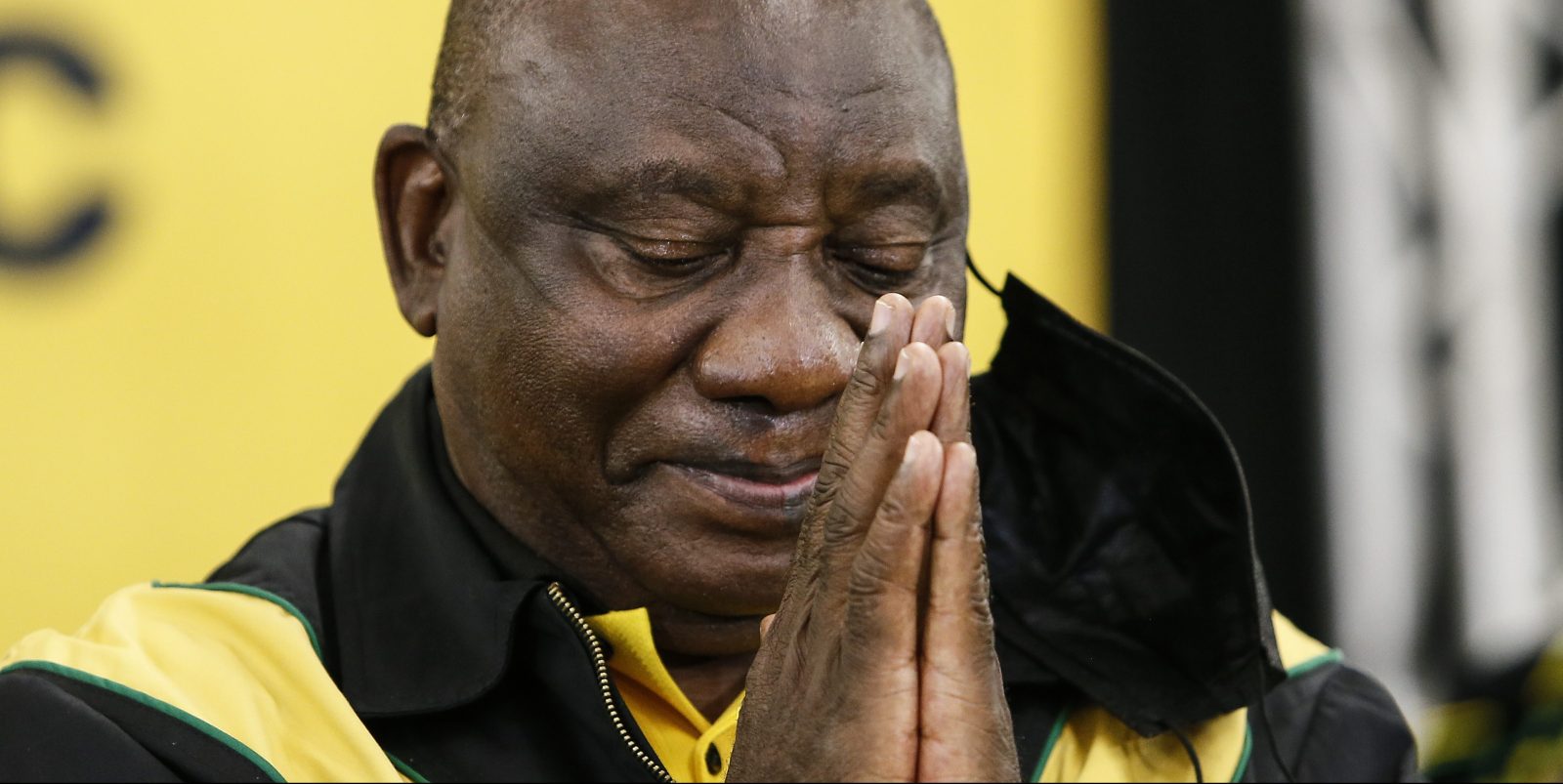 Without revealing many details about the theft which took place at his Phala Phala farm in 2020, ANC President Cyril Ramaphosa addressed allegations levelled against him by former spy boss Arthur Fraser. He said because the incident was still under investigation, it was not possible to fully explain what transpired.

He was delivering his closing speech at the party’s Limpopo provincial conference which was held at The Ranch Hotel in Polokwane.

Ramaphosa said the allegations made against him were politically motivated and that some details on the matter were incorrectly reported by the media — including the exact amount of money found at his Phala Phala farmhouse in Limpopo.

“I would like to say that I am a farmer, I am in the cattle business and game business. Through that business which has been declared in Parliament and all over, I buy and I sell animals. Sometimes people buy these animals and some of the people who bought the animals — some of them are here. I do it sometimes through cash or transfers.

“Some of the people come to hunt on the farm, so this has been reported [as] a clear business transaction concerning animals. The amount involved is far less than the amount which has been reported in the press. Some said it’s R1-billion, some say it’s four million dollars. I want to say it is far less,” the President said.

[WATCH] Ramaphosa addresses allegations made against him by former spy boss Arthur Fraser: “I have never stolen money…” #ANCLimpopoconference pic.twitter.com/oi0tiW63Ti

Fraser dropped a bombshell on Wednesday, revealing that he had laid charges against Ramaphosa — who he has accused of breaching the Prevention of Organised Crime Act (POCA). The former spy boss claims that large undisclosed sums of US dollars were unlawfully removed by burglars from the President’s premises.

Instead of reporting the matter to the police, Ramaphosa has been accused of having unlawfully instructed the head of the Presidential Protection Unit, Major-General Wally Rhoode, to investigate the matter. Rhoode’s investigation led to the belief that the perpetrators were linked to a domestic worker at the farm.

Fraser alleged the suspects were caught, kidnapped and interrogated, and he believed crimes of defeating the ends of justice, kidnapping and money laundering had been committed. Ramaphosa is also alleged to have paid off suspects, including his domestic workers, R150,000 each to not reveal the incident to anyone after the offenders had been traced and apprehended.

In a statement issued by Fraser’s attorney Eric Mabuza, he claimed to have evidence to support the allegations.

“The details of the charges and the supporting evidence, including photographs, bank accounts, video footage and names are contained in my statement,” it reads.

Ramaphosa used the opportunity to plead his innocence in the matter yet again and assured the public that he had never stolen public funds.

He released a statement last week confirming that the incident had occurred and that security had been improved around his homes.

“Some are casting aspersions about me. I want to assure you that all this was money from proceeds of the animals. I have never stolen money from anywhere, be it from the taxpayers… My integrity as a leader will never allow me to do so. I want to continue fighting corruption. I want to make it clear that I will continue to fight corruption. Some of these things are clearly […] they have their own political agenda and we are all aware of that.

“I remain fully focused on the tasks I have been given by the people of our country. I want to reaffirm that I was not involved in any criminal conduct and once again I pledge my full cooperation with any form of investigation. Due to the investigation, I will not be able to engage deeply or further on this matter as we should allow due processes to take place,” the President said.

The accusations come six months before the ANC is due to elect new leadership with Ramaphosa the front-runner in the contest to lead the party.

He has so far been endorsed in four provinces, the latest coming from newly elected Limpopo ANC chair Stan Mathabatha.

This is according to a finding of the Pretoria High Court that ruled that he had been wrong to grant medical parole to Zuma when the Medical Parole Advisory Board found that the former president did not meet the requirements.

Zuma had been sentenced to 15 months in prison for contempt of the Constitutional Court. DM