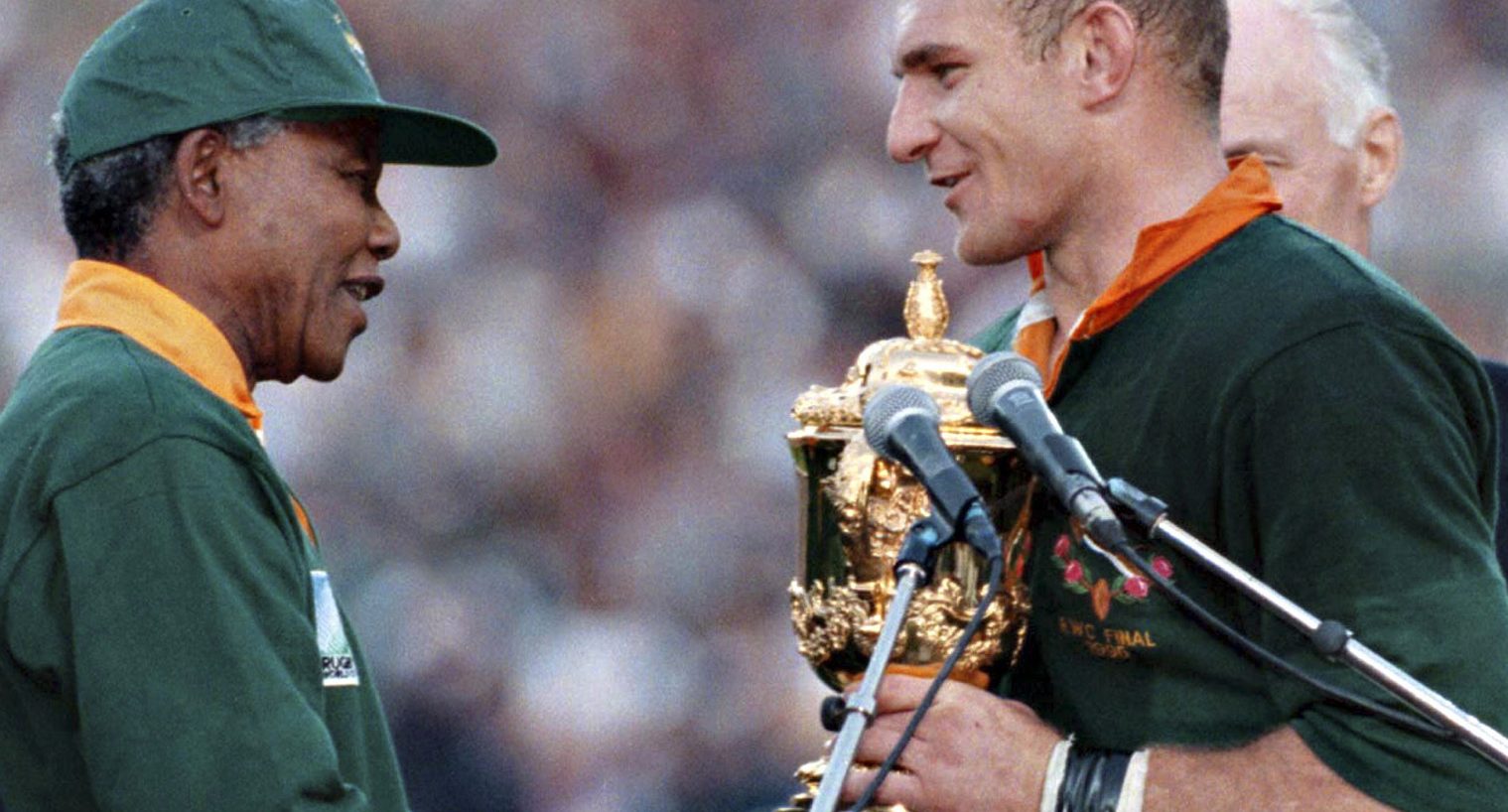 World Rugby have confirmed the host countries for the next five men’s and women’s World Cups and it clearly indicates that South Africa might never host again.

In November 2017, in the corridors of a plush London hotel, the South African Rugby Union (SARU) delegation huddled in stunned silence after France were named as hosts for Rugby World Cup (RWC) 2023.

It was confirmation that, despite doing everything asked of them, South Africa’s place in the future of the game was as a member, not an influential insider.

An independent panel tasked with assessing the three bids for RWC 2023 had, two weeks before events in London, made South Africa the preferred candidate.

South Africa received an overall score of 78.97% after a lengthy and comprehensive evaluation by the independent technical committee. France scored 75.88% and Ireland came in with 72.25% on a selection of weighted criteria.

When news of the assessments emerged, there was great joy because, despite the World Rugby Council needing to ratify the decision in London two weeks later, it was supposed to be formality.

Sensing though that the French delegation, who were particularly angry at the technical committee’s assessment, would not let it go, Saru CEO Jurie Roux issued a statement reminding the World Rugby delegates of their duty.

It had been agreed by council members that the final vote for the hosts of RWC 2023 would be in line with the technical assessment scores.

“We still have a vote to come on the 15th of November; different people have different opinions but they have a fiduciary responsibility at that meeting to act accordingly,” Roux said.

“We hope that sanity will prevail because an independent process is there for a very specific reason – to keep it independent.”

But that’s not what happened and when the council voted – in secret – France won the final decision by 24 votes to 15 over South Africa after Ireland dropped out in the first round. It was a crushing blow for World Rugby’s supposed transparency, but nowhere near as crushing as it was for South Africa and SARU, who had put together an impeccable bid despite some huge hurdles.

World Rugby tried in vain to spin the outcome as some sort of victory for its democratic process, but it was clear the French delegation had embarked on some intense lobbying between the time of the published independent assessment and scoring of the bids, and the final vote. That was clearly against the rules.

It prompted Roux to remark, in the hours after the outcome, that it was a wasted 15-month process that went “entirely opaque for the past two weeks”

SARU president Mark Alexander was forthright. “There was a set of rules and we abided by those rules up to today,” he said after that vote five years ago. “Several rules were broken during that process, which we are upset about.

“This is the first time ever World Rugby has got a recommendation and it has been voted against. South African rugby did not attack any of the other bidders throughout the process. It is disappointing – we have a set of rules and we have to stick to the rules.”

It was clear it was about money. As good as the South Africa bid was, it couldn’t guarantee France’s projection of £500-million to World Rugby’s coffers, of which £350-million would be for reinvestment in the game. In the end, money won.

This week, in far less acrimonious circumstances, World Rugby unveiled the hosts for the next five World Cups – two men’s and three women’s – in what it described as a “golden decade” for rugby.

There were no rival bidders and the process was a foregone conclusion for months once the financial and other logistical guarantees were in place.

“The US is seen as the Golden Nugget,” World Rugby chairperson Bill Beaumont told the media.

“The country has a huge amount of fantastic athletes – men and women – who probably don’t see a lot of rugby. I think this will give them the opportunity to see our game and we will leave a sustainable sport that will go from strength to strength.”

World Rugby CEO Alan Gilpin added: “We look at the US opportunity a little bit the same way we did with Japan (2019) – it’s a great place to deliver outstanding tournaments and have those really big moments in the sport to get fans and players really excited.

“The two biggest growth opportunities and addressable kind of growth market are the US and the women’s game, and so when you bring those things together it genuinely is a bit of a no-brainer.”

The reality is that the men’s World Cup is still the major revenue generator for World Rugby and after RWC 2023, Australia and the US have the potential to bring in similar income, but not a guarantee.

The US might be the world’s biggest economy, but it is a small rugby market. World Rugby’s obvious desire to grow the sport there is based on potential rather than current reality.

“We have 28 venues of over 60,000 and a couple of over 100,000,” USA Rugby chief executive Ross Young told the media. “The tough part will be engagement. It’s not going to be easy but taking 48 games around the country is eminently achievable.”

One of the ways World Rugby aims to draw in an American market is to partner the tournament with various NFL teams in different cities.

It already appears as if there are some logistical issues with the US’ successful bid. The tournament might be moved to the northern hemisphere’s summer to avoid clashes with the NFL. That is crucial since more than 20 NFL stadiums were included in the RWC 2031 and 2033 bids.

“We are not going to do a Qatar (Fifa 2022 World Cup host) and plonk it in the middle of other competitions. There are those conversations to be had,” Gilpin said.

“What has been interesting in the bid has been the supportive nature of a lot of the NFL franchises. Can we be smart around that? If we could harness a little bit of a partnership with the NFL franchises around hosting, the ability for (the World Cup) to come alive quickly would be fantastic.”

Selling and marketing rugby and the concept of RWC to the American public is the real challenge for the game and a reason the 2035 tournament (which has not been awarded yet) will almost certainly return to Britain to guarantee a financial recovery in case the US experiment flops.

The earliest South Africa could conceivably host RWC again is 2039, which would be 44 years after it hosted what is still considered the greatest RWC tournament to date, in 1995.

For a country that is a traditional rugby powerhouse and in the European time zone, which is vital for commercial success, it’s a shame.

But in a Covid world, South Africa is teetering. Electricity shortages, rising inflation, joblessness and homelessness require most of its scarce financial resources. Hosting global sports events is not a priority.

The fantastic stadiums built for Fifa World Cup 2010 were the backbone of the RWC 2023 bid. The costs of putting on the tournament next year were minuscule in comparison with the cost of infrastructure built for Fifa 2010.

The RWC 2023 bid rightly piggy-backed on the infrastructure already in place. But by 2039 and beyond, stadiums, especially older ones such as Loftus and Ellis Park, will need facelifts. And as it stands now that is simply not an option in South Africa’s current reality.

Which is why, on that grey London day in 2017, the air was so heavy with sadness from the South African delegation. They knew that RWC 2023 was South Africa’s last realistic shot at hosting the sport’s showpiece event.

The World Rugby Council and the delegates that voted against South Africa’s RWC 2023 bid, despite their mandate to vote for the preferred bidder, have no idea of the price South African rugby will pay.

Their short-term greed and politics took away one of its marquee countries’ last chance to host RWC. It’s a tournament more synonymous with South Africa than any other World Rugby member. Five years later, the shame is still on them. DM