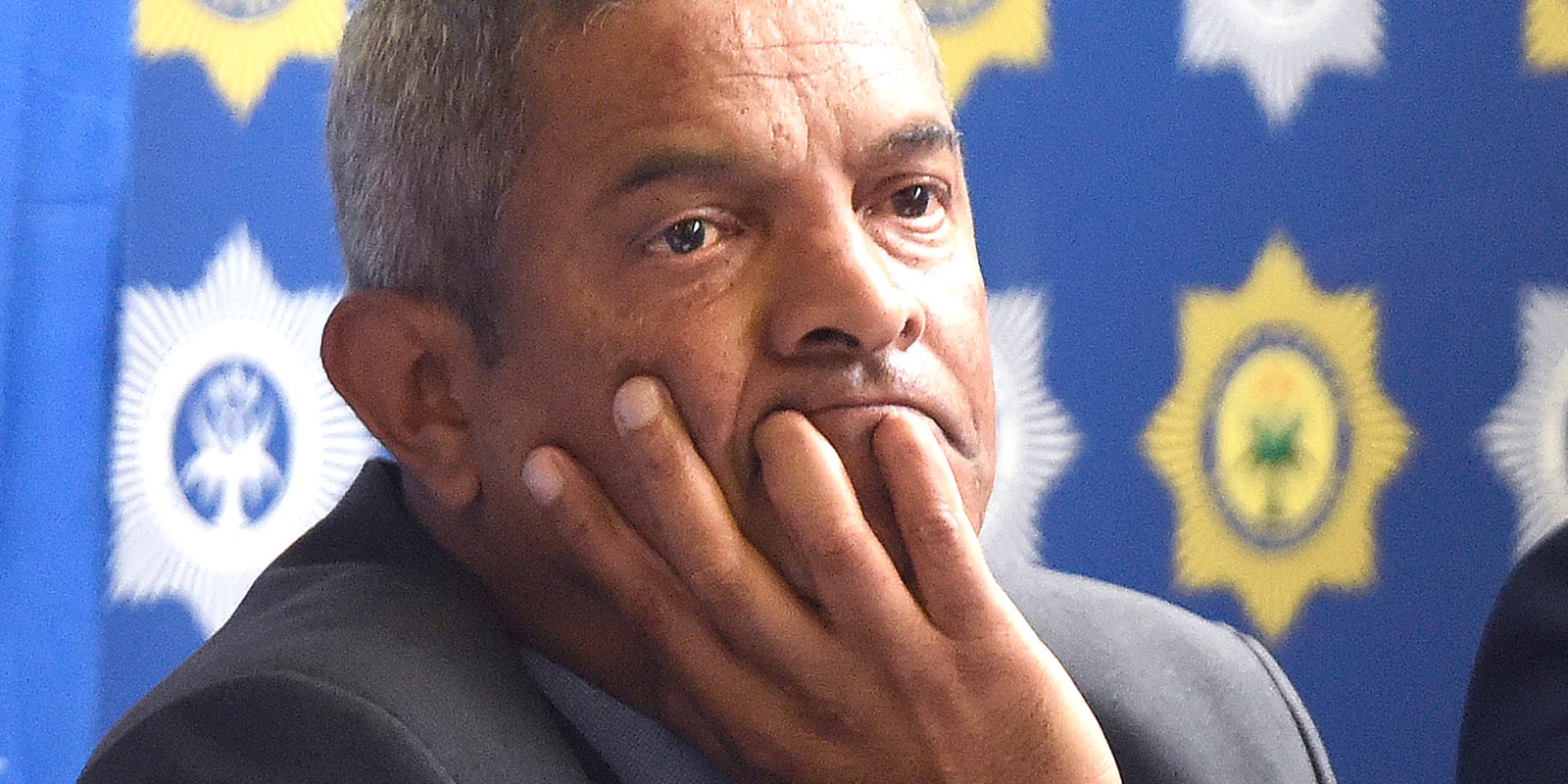 Jeremy Vearey, who was controversially fired from the South African Police Service last year — and who fought to be provided with security after facing threats — fears that cops might be ‘sabotaging’ criminal trials due to personal issues they have with him. Vearey was denied police security to testify in a key high court gang trial on Tuesday.

“I am not a career bureaucrat who plays petty politics. My commitment to testify… is based on a principle to serve the community, not an organisation. I will continue doing so until I die.”

These were the words of fired Western Cape detective boss Jeremy Vearey during an interview with Daily Maverick on Tuesday, 19 April 2022, after he was meant to have testified at a gang trial in the Western Cape High Court.

He did not get to testify because he said he was not provided with security to escort him to and from the court, as police had previously been ordered to arrange.

When asked about this, Western Cape police spokesperson Colonel Andrè Traut said: “Kindly be advised that this office is not in a position to discuss issues pertaining to the security of SAPS members or former SAPS members with the media.”

The case Vearey was meant to testify in involves 20 suspected Terrible Josters gangsters, among them Elton Lenting, the main accused and alleged leader of the gang. They face more than 150 charges, including several counts of murder.

Three of them are accused of stealing a police firearm — other related issues of cops channelling guns to gangsters are ongoing. Vearey is among a group of police officers who have investigated these cases.

The Terrible Josters trial in which Vearey was meant to testify on Tuesday began in October 2020 and has dragged on since then, with postponements repeatedly delaying the matter.

During Tuesday’s proceedings, the suspects appeared under heavy guard. At one point, the power went off as a result of load shedding, but proceedings continued.

Prosecutor Peter Damon said the State was meant to have presented expert evidence via a witness. He told the court this could not happen and he could not divulge too much because the witness had “security concerns”.

The witness was available for Tuesday’s proceedings but, due to “some or other hiccup” that was beyond the prosecution’s control, could not be present. Legal representatives of the accused said they were ready to proceed with the case.

Judge James Lekhuleni said State witnesses were subpoenaed to appear in court. He also pointed out the accused had a right to a speedy trial and that the case had been postponed many times.

However, Lekhuleni described what happened with the witness as “a situation that was not foreseen” and agreed to postpone the case to next week.

While Vearey was not named during proceedings, he confirmed to Daily Maverick that he was the witness the State had been set to call.

At the end of May last year, former national police commissioner Khehla Sitole signed off on Vearey’s dismissal in a saga that boiled down to him being fired over a series of Facebook posts.

Roughly two months after Vearey’s dismissal, a protection detail assigned to him was withdrawn. As a result, Vearey went into hiding, saying at the time: “This is about a life and death struggle for survival against the politics of organised crime.”

Vearey and some of his former colleagues faced threats to their lives because of investigations they conducted. One of his colleagues, Lieutenant-Colonel Charl Kinnear, a member of the Western Cape’s Anti-Gang Unit, was assassinated in September 2020, putting the matter of police protection firmly in the spotlight.

At the time of his murder, Kinnear had been investigating various criminal suspects, among them police officers who allegedly created fraudulent firearm licences.

In Vearey’s case, he had fought for the return of his security detail following his dismissal, and in July last year the Western Cape High Court ruled in his favour, ordering that his security be reinstated.

A section of this order said: “Where [Vearey] is required to attend at court for the purposes of testifying and for any necessary travel, by prior arrangement, the [SAPS national commissioner] and [Western Cape commissioner Thembisile Patekile] will provide [Vearey] with four members of the Tactical Response Team for these purposes.”

However, Vearey told Daily Maverick that something went awry on Tuesday.

“This morning when I stepped out my gate, the team assigned [to provide protection] said they do not have permission for me to travel with them… They were here with vehicles and everything, but I was not allowed to travel with them.”

He was told by the officers meant to escort him to court that they would need a subpoena showing that he was in fact due to testify.

Vearey told Daily Maverick that this should not have been required as police officers — even those no longer in the service — did not have to fulfil the same requirements as civilians. In any case, he said, the subpoena issue aside, he was the subject of a court order from July last year that was designed to ensure his security.

Vearey said he was set to testify in many trials linked to crimes dating back several years, and that he would constantly need protection for this. He said he would not be testifying in cases against individuals, but would be doing so against 20 to 30 suspects at a time in serious matters involving organised crime.

Vearey was under the impression that the prosecuting authorities had supplied a list of these cases to the Western Cape police so that they were aware in advance of what he would be doing.

He described the refusal to allow him to travel to court under protection on Tuesday as possible “deliberate ignorance of the way things work, in which case I’m disturbed about this sabotaging of trials in the process”.

Vearey questioned how much taxpayers’ money had been wasted on Tuesday during the proceedings that never fully got off the ground.

He also pointed out that he was making time to attend court — the time he was willingly setting aside to testify was taking away from income-generating work he could otherwise be doing, including research for his writing.

Vearey has previously claimed that certain police officers were targeting him as well as fellow cops such as Peter Jacobs, who in 2021 was controversially moved from heading Crime Intelligence to heading the police’s Inspectorate, and Andre Lincoln, who has since retired.

“There is an orchestrated stratagem to get rid of Jacobs, Lincoln and I,” Vearey had said.

“We exposed corruption in the police and we diligently committed ourselves to the eradication of gang activities and police corruption.”

President Cyril Ramaphosa appointed Fannie Masemola as South Africa’s new national police commissioner at the beginning of April after Sitole was pushed to step down.

Ramaphosa said Sitole’s vacating of the position was in the country’s best interest. DM